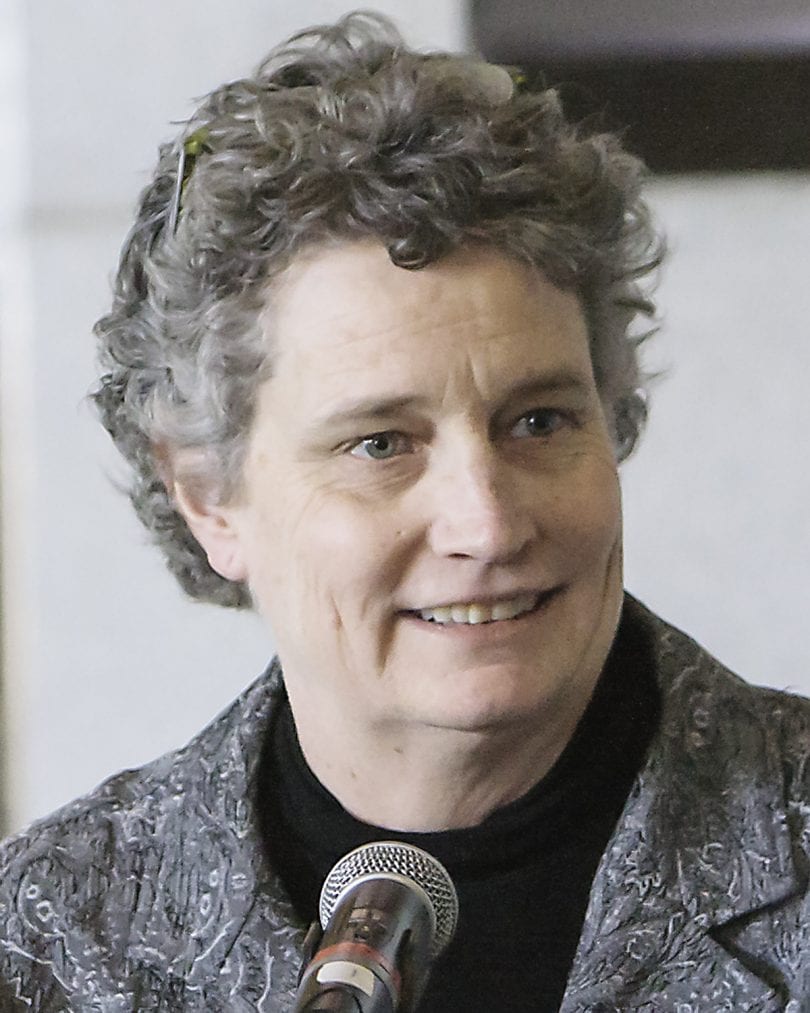 Beth Bye, the 5th District State Senator and a resident of West Hartford, has been nominated to lead the Office of Early Childhood.

State Sen. Beth Bye of West Hartford, who has had a long professional career in early childhood education, has been announced as Gov.-elect Ned Lamont’s selection to head the Office of Early Childhood, a cabinet-level position.

“I’m excited to work with the governor-elect because he wants more collaboration, a more cross-agency approach,” Bye said Wednesday morning in a phone interview. The more she spoke with Lamont about the position, she said, the more impressed she became.

Early childhood programs will clearly benefit from a collaborative approach, she said.

Bye, who was first elected to the State Senate in 2010 and was previously the State Representative in the 19th District, was also previously a member of the West Hartford Board of Education. She has been an advocate for education, early childhood education, economic development, and environmental issues, and had been chosen as chair of the State Senate’s Education Committee.

Professionally, she is currently executive director of Auerfarm in Bloomfield. She has led Great by 8, a community partnership to support health and education for children through age 8, has been the director of the University of Saint Joseph School for Young Children and Trinity College Community Child Center preschools, and was early childhood director at the Capitol Region Education Council (CREC), where she supervised the birth to three program for CREC, and also helped to open two early childhood magnet schools.

The School for Young Children became an early readiness site, Bye said, and she has long been an advocate for expanding preschool opportunities.

“When I was on the [West Hartford] Board of Education, we added early childhood as a goal,” Bye said. Since then, West Hartford has greatly increased the number of preschool classrooms in the public schools.

“I’ve been working to expand preschool access,” she said, and is excited about taking that goal to the state level, and working with the new governor whose approach, she said, is very innovative and focused on “making things work.”

Bye was actually instrumental in creating the Office of Early Childhood. Children represent the future, she said, adding that Connecticut could become a model for the rest of the country through collaboration with the early childhood community and the K-12 system.

“Beth Bye has devoted her entire professional career to helping to build a more progressive and equitable early childhood system in which all children, regardless of their parent’s socioeconomic status, can grow, learn and develop,” Lamont said in a statement. “It’s clear that the formative early childhood years are key to providing children a solid educational base and platform, and I know Beth is the best person to take helm of this critical agency.”

West Hartford Mayor Shari Cantor applauded the governor-elect’s choice of Bye for the post. “I am so pleased that Governor-Elect Ned Lamont has named Senator Beth Bye to be the next Commissioner of the Connecticut Office of Early Childhood (OEC). While the State of Connecticut is gaining a champion for its early childhood education programs and initiatives, the town of West Hartford and the 5th Senatorial District is losing its longtime champion in the State Senate,” Cantor told We-Ha.com.

“Beth Bye has been a strong  voice for West Hartford in the state legislature for many years, both as a representative and as a senator. She has worked tirelessly to protect and promote issues of vital importance to the town including funding for our schools, important infrastructure projects and key legislation supporting the well-being of our town and its citizens. It goes without saying that someone as accomplished and as supportive to this town as Beth has been will be greatly missed,” said Cantor.

Bye said that she will not resign her 5th District seat, but will not take the oath of office when the new General Assembly convenes next week.

As for her successor, Bye said that is up the delegates to the 5th Senate convention, which includes representatives from West Hartford, Bloomfield, Burlington, and Farmington, who will reconvene and nominate someone for the seat. Candidates from other parties can also be nominated, and there will be a special election. While some names have been mentioned, Bye does not know who will be ultimately be chosen.

One person who has been mentioned as a possible successor for the Senate seat is Cantor, but she said that while she is honored, she is not interested.

“With the sudden news regarding Beth Bye’s future plans, I have been asked by a number of friends and colleagues as to whether I have any interest in placing my name in the  seat now held by Senator Bye,” Cantor said. “Although this is a wonderful opportunity,  I am so honored to serve as mayor of West Hartford and proud of the work we have done together to make West Hartford such a wonderful place in which to live, work and raise a family. I believe at this time I can be of best help to the people of West Hartford by continuing to be the leader of the Town Council and West Hartford’s mayor.”

Bye’s appointment will require approval of the General Assembly, but she said she expects to begin her new position with the Office of Early Childhood on Jan. 18.

“My job right now is to finish up here at the farm, and finish my Senate duties,” she said. “The farm is in a really good place,” she said, and there is a great pool locally of people who could step into the nonprofit executive role.