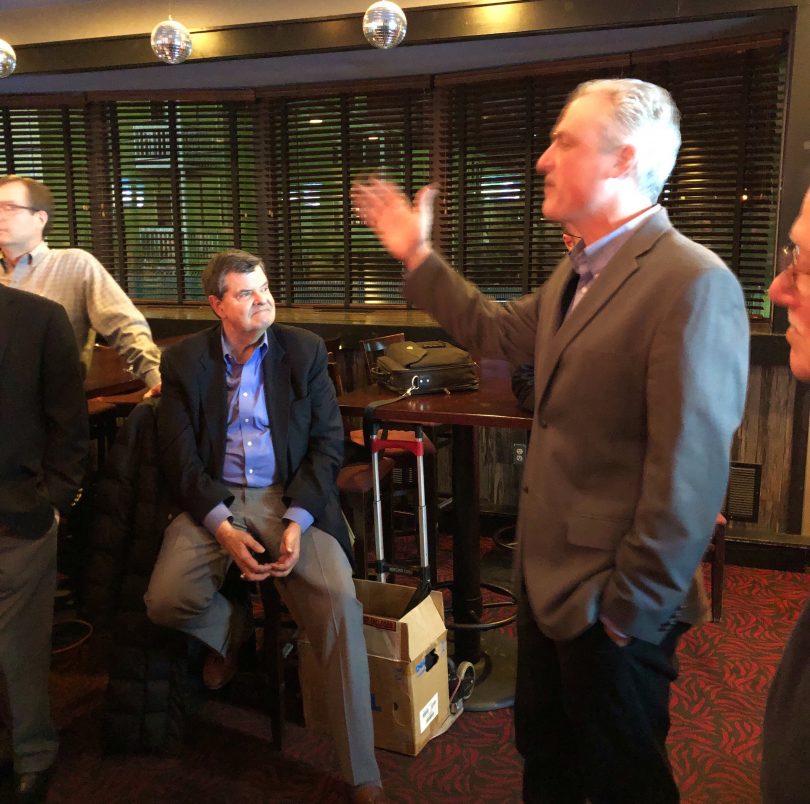 West Hartford Democrat Derek Slap, who was elected to his second term in the State House in November 2018, won the 5th State Senate District seat in Tuesday’s special election.

The turnout in Tuesday’s special election for the 5th State Senate District was low, but the margin of victory was large for West Hartford’s Derek Slap who garnered over 63 percent of the vote in a four-way race, according to unofficial results published by the Secretary of State’s Office. 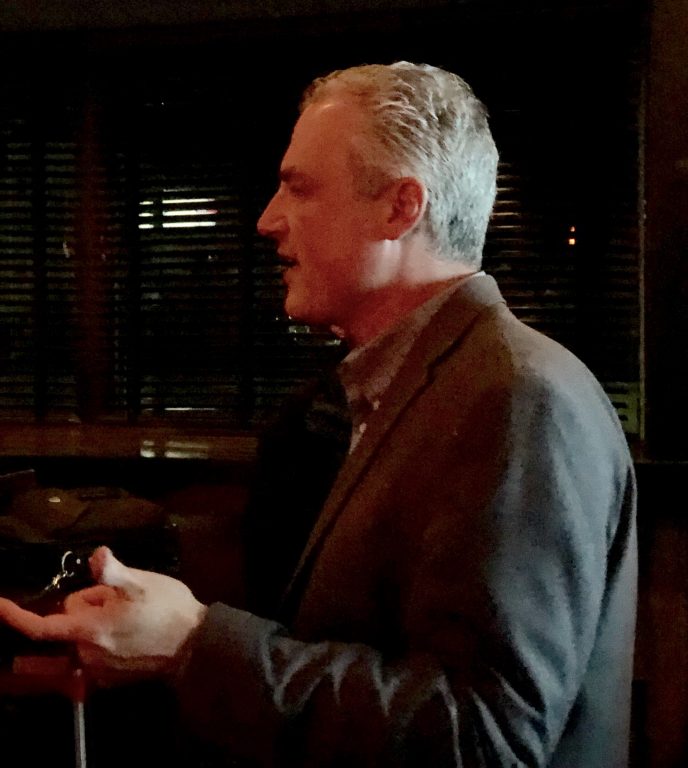 “This kind of campaign, two months from start to finish, you can only do it with an incredible team,” a victorious Slap told We-Ha.com after the results were announced.

Slap joked that when he was driving back to West Hartford on New Year’s Day he made a resolution to go to the gym more often in 2019. The next day he learned that Beth Bye had accepted an offer to lead the Office of Early Childhood and would be resigning from the 5th State Senate District seat she had won in November. Slap announced his candidacy that same day, and he said he hasn’t made it to the gym at all.

What Slap did instead was walk the neighborhoods and knock on doors throughout the 5th District, which includes all of West Hartford and Burlington, part of Farmington, and a sliver of Bloomfield.

He said he’s really proud to have run a positive campaign, and his goal in serving in the State Senate is to expand his ability to “practice the politics of inclusion and bringing people together.”

Taking a leadership role sponsoring the pay equity bill in the last session, he said, was a perfect example of what can be accomplished with a bipartisan approach. The bill had died in the house the previous year, and Slap was proud that it then passed with all but five House members voted in favor of it.

“Tonight was a referendum on those kinds of politics,” Slap said. “No negative mail, negative tweets … it was what I wanted to do and I am really gratified that kind of campaign resonated with the voters.”

Absentee ballots were included in those totals, and voter turnout in West Hartford was 14.18 percent, Kyle said.

Wadsworth said he congratulated Slap on his election, and had no regrets about his campaign.

“I’m always glad that I run because people should have a choice,” Wadsworth told We-Ha.com. He said he focused heavily on the budget in his campaign, and thinks that’s something people are especially concerned about.

Wadsworth said that he believes it’s possible for the legislature to put forward a bipartisan budget that doesn’t raise taxes, and he hopes that will happen.

Wadworth isn’t sure what his political future will be, and said he plans to “take a step back and see where we want to head.”

“I’m certainly not surprised, this was somewhat of a foregone conclusion, but I am discouraged that so many in the district voted for tolls and higher taxes,” Przech said in a tweet after hearing the election results. “That’s not the way to fix Connecticut. Personally, I have no regrets. I really enjoyed running, especially the debates. I saw Derek said it ‘takes an army.’ I didn’t have an army. I don’t think I had enough to field a basketball team! I did the best I could and I have zero regrets. This was dipping my foot in the pool … Next time I’ll be ready to dive into the deep end.”

Greenstein couldn’t be reached late Tuesday night, but in an email earlier in the day he offered several reflections after standing outside in the cold at Conard High School in West Hartford for seven hours – including his belief that some voters are willing to change their minds after learning about issues. He also thanked the volunteers and registrars, and those who greeted him with a smile even when they didn’t agree with his message.

West Hartford resident Tammy Exum, a Democrat who previously served on the Board of Education, including as vice chair, announced Tuesday night that she would seek that seat.

“I’m really excited about the prospect of representing this constituency,” she told We-Ha.com. She said she has a passion for public service and really values the importance of that role.

The date for the special election in the 19th State House District, which includes sections of West Hartford, Farmington, and Avon, has not yet been set, and will be determined once it is called for by Gov. Ned Lamont.

The special election will take place 46 days after it is called for by the governor, with either April 16 or April 23 as likely dates.