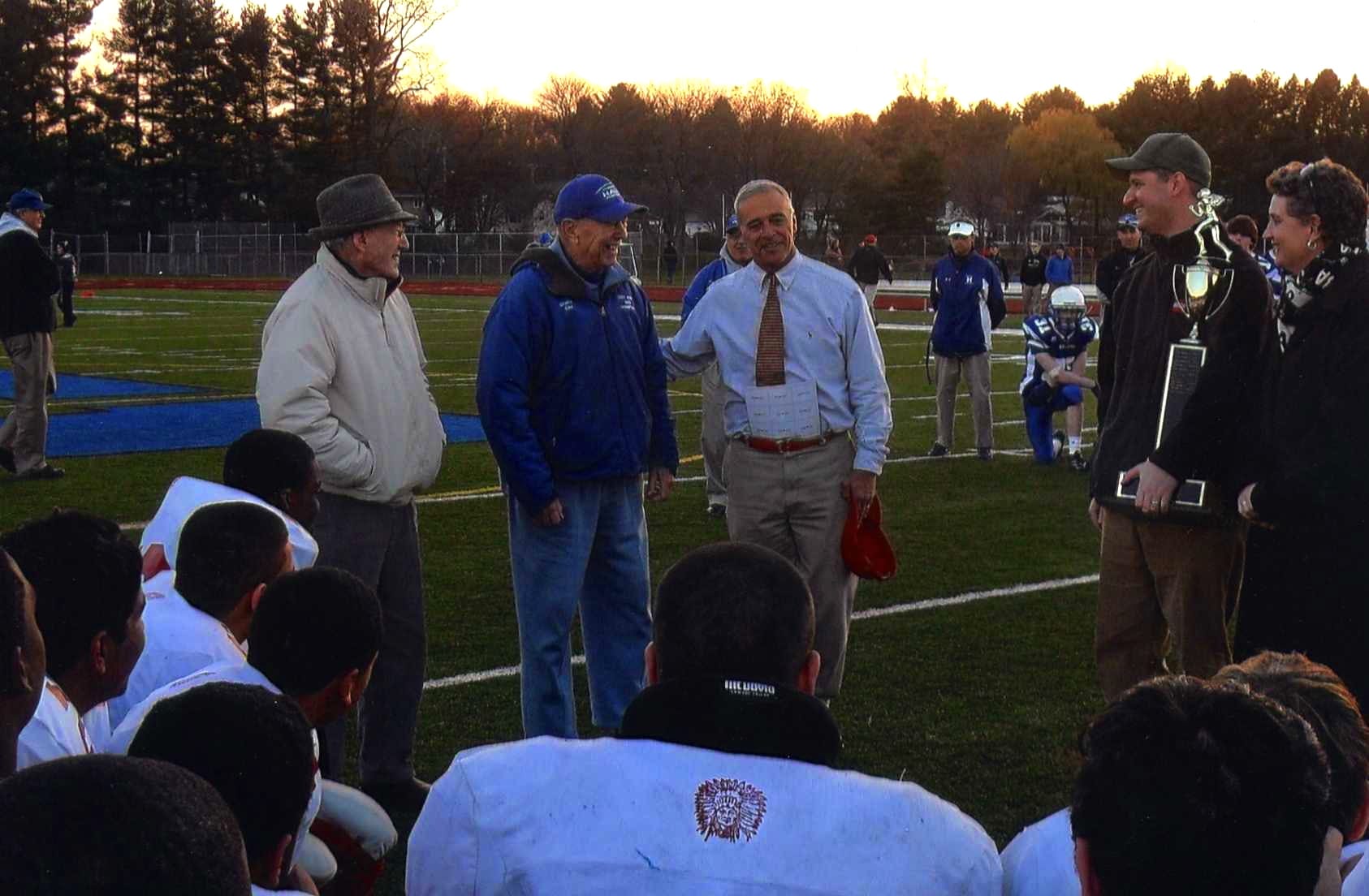 The spirited crosstown rivalry, and West Hartford’s “first families of football,” are heralded in a new documentary by sports television producer Matt Vinick that will premiere in December. 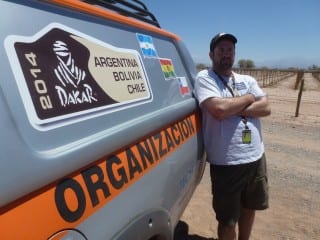 Sports producer Matt Vinick wanted to create a full-length documentary, but it had to be about the right subject, something that meant something to him, something that would elicit passion. He had been thinking about it for quite some time, waiting for inspiration.

He thought he had found the perfect subject in the Cersosimo family’s Conard football dynasty, now in its third generation, but when he started delving into it he realized that the Robinson family also had a football dynasty at Hall, and there were longtime relationships intertwining the two families.

The families, those relationships, and the storied rivalry between Hall and Conard that began in 1957, are now woven together in a passionate documentary that Vinick hopes will be enjoyed by anyone who loves West Hartford, the schools, football, and the spirit of a great competition. It will premiere on Saturday, Dec. 20, at 7 p.m., in the Conard High School auditorium.

The project really got started in the summer of 2013, when Vinick played golf with two friends, Brian and Lewis Tamaccio. Lewis invited his former Conard classmate Matt Cersosimo, Rob’s son, to round out the foursome. Matt Cersosimo is several years younger than Vinick, but Vinick had met him before and knew he was a coach at UConn, so he asked about the Husky’s upcoming football season.

He said, “I don’t really know. I’m back in West Hartford coaching with my dad,” Vinick recalled.

The lightbulb started burning for Vinick, and he thought he had at last found the subject for his documentary. He knew that then-Conard coach Rob Cersosimo was the son-in-law of Robert McKee, Conard’s first-ever football coach (1957-1983), and that Matt had played for his dad at Conard and was bringing the dynasty into its third generation.

Vinick had graduated from Conard in 1992, where he played football, hockey, and golf. Rob Cersosimo was the head football coach at the time. He knew the other coaches as well – including assistant coach “Robbie,” aka Frank Robinson III, who became the current Hall head coach in 1999.

Vinick met with Matt Cersosimo several times, and he was soon even more inspired as he learned about a West Hartford-wide football dynasty that indelibly intertwined the two families – like an incestuous soap opera but without the scandal. 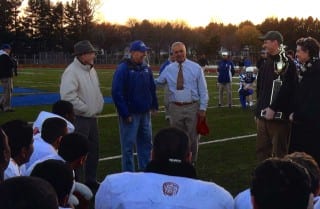 It’s hard to keep the relationships straight, but to summarize as simply as possible: Robert McKee originally coached at Hall (1951-1956), but moved to Conard when the school opened in 1957. Frank Robinson became Hall’s head coach in 1957 and retired in 1987. Rob Cersosimo played football at Hall for Frank Robinson in the late 1960s, and later married Robert McKee’s daughter, Deb McKee. Matt Cersosimo played for his dad at Conard, graduated in 1996, and became head coach in 2014. Frank Robinson III (nicknamed “Robbie”) played football for his father at Hall in the 1980s, and later moved to Rhode Island. When he first returned to Connecticut to work in the West Hartford schools, Robbie lived in Rob Cersosimo’s attic, was like a big brother to Matt Cersosimo, and became an assistant Conard football coach. In 1999 Frank Robinson III, “Robbie,” took over as Hall’s head coach.

Vinick’s documentary follows last year’s “Hall-Conard week,” the week of practices leading up to the Nov. 22, 2013 game between the two schools – the first night football game under the new permanent stadium lights at Conard’ McKee Stadium (named for Robert McKee). He interweaves history – like footage of Conard vs. Hall games dating back to the early 70s, images and stories from 1967 when Rob Cersosimo played at Hall for Frank Robinson, and details about the 1986 and 1987 football seasons, when Robbie played for his father.

Both the Cersosimos and Robinsons were onboard immediately with the idea of the documentary, and gave Vinick access so he could film practices and games, and talk with other coaches and players. Eddie Litos at Conard, who keeps impeccable records and statistics, was also immensely helpful.

Vinick filmed “hundreds and hundreds of hours” of material. “With the exception of the [2013] Hall/Conard game and a few interviews, I shot it all myself,” Vinick said. He used a Sony DSLR still camera to film, and Avid Media Composer to edit.

“It’s still in the editing process, but I hope it will be 75 minutes,” Vinick said of the documentary.

Vinick said viewers will glean their own message after watching the film, but he thinks everyone will be inspired by the passion that has carried these families through the generations.

“The Robinsons and the Cersosimos do it differently. I hope I got that across. But both have that same passion,” Vinick said. “Coach McKee was – and is – the general. He’s a tremendous motivator, charismatic, good at rallying the troops … Rob [Coach C] is the captain, the example you want your children to follow … Matt Cersosimo is the quarterback, probably the best athlete with the best resume … Frank Robinson is the dean. Everyone says he’s the coaching genius of the group, that no one knows more. He changed football in the state of Connecticut by being one of the first to run the triple option offense. He brought two-platoon football to Hall … Robbie [Frank Robinson III] is the professor, a wonderful manager who can coach the game of football without ever seeming to get overly excited or swearing.”

Vinick currently lives in Canton and doesn’t yet have any children, but if he does he said, “I would be honored to have my kids play on either side of town.”

Vinick made the documentary as a labor of love, as well as to gain experience in all aspects of creating a full-length feature. There will be a charge for admission to the premiere of his documentary, but he will donate the funds for the benefit of both high school football programs. Shortly after the premiere he will return to his regular job as a freelance sports producer, traveling to South America to cover the Dakur Rally, an extreme off-road race.

Vinick would love to do another project on his own, once he finds another good subject.

“Conard of course. That’s where I went to school,” he said.