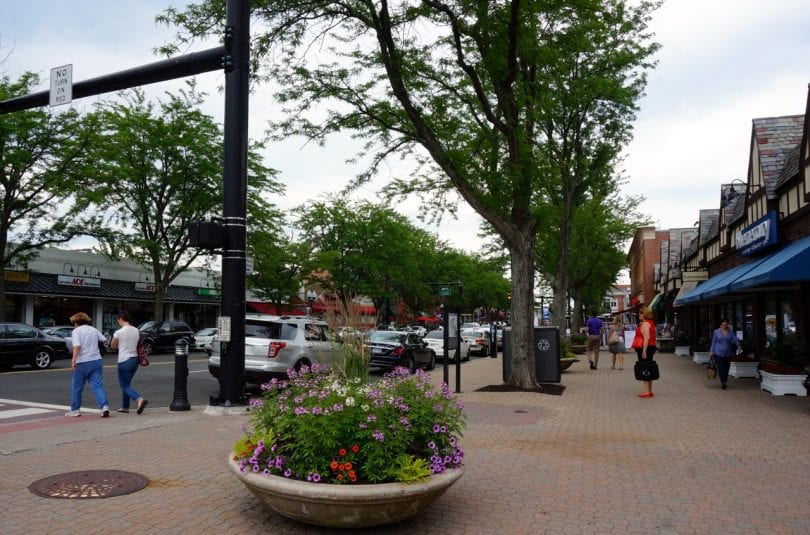 Possible changes to the Entertainment Ordinance include requiring establish­ments applying for entertainment licenses to be located within 500 feet of a municipal parking facility or provide all required parking on site, and narrowing the window for imposition of suspensions.

Editor’s Note: This article appears courtesy of a partnership with The West Hartford Press, a product of TurleyCT Community Publications. To read and request a print copy of West Hartford’s weekly newspaper, visit turleyct.com.

Members of the Town Council are “cautiously” considering amendments to the town’s entertainment ordinance.

The ordinance requiring entertain­ment licenses was approved in October of 2016 amid ongoing concerns of neighbors to Los Imperios regarding activity on the property. The restaurant, which was the subject of ongoing legal action by the town, recently lost its liquor license after a remon­strance hearing before the state Liquor Commission.

A total of 32 West Hartford establishments currently have entertainment licenses, ranging from restaurants, to country clubs, to senior centers.

Although members of the Town Council told the residents at the time that they understood and shared their feelings, the ordinance, they said, was not drafted to deal with public behavior once patrons leave a restaurant, but rather specifically to address the goings-on inside a place of business or on the sidewalk immediately outside, then-town manager Ron Van Winkle explained.

“If I walk into a neighborhood and make noise, a restaurant has no obligation to keep me quiet,” he said. “The intent of this ordinance is to try and get control … to find a balance between this wonderful neighborhood that is West Hartford Center [earlier in the day] … and the issues at 2 a.m.”

Still, it is the behavior of patrons once outside an establishment that prompted some of the pro­posed revisions to the ordi­nance. The changes would dictate that, for an establish­ment to receive a license, it must be located within 500 feet of a municipal parking facility or provide all required parking on site.

“There were concerns with people leaving and walk­ing to their cars through neighborhoods late at night,” Kimberly Boneham, the town’s deputy corporation counsel explained.

Two establishments that currently have licenses – b. West Hartford (formerly Plan B Burger Bar) on Park Road and Butterfly on Farmington Avenue – would not meet those requirements, but would be grandfathered.

Assistant Police Chief Bob McCue said there have been instances, specifically at Los Imperios, when patrons have fired weapons once out­side the establishment, but because they were off the property it was not the responsibility of the property owner.

He said requiring all parking to be on property would make it easier to secure the site.

The original ordinance established procedures for licensing and public safety police details at entertainment establishments. The requirement of entertain­ment licenses and police details was aimed at provid­ing standards of operation, as well as penalties for viola­tions, for businesses operat­ing more like a nightclub and to ensure safety.

The ordinance requires establishments to apply for an entertainment license from the chief of police. Restrictions detailed include noise – which will be deemed unreasonable “when it dis­turbs, injures or endangers the peace or health of neigh­boring persons of ordinary sensibilities or when it endan­gers the health, safety or wel­fare of the community” – hours of operation, mainte­nance, design, and security.

Establishments that pro­vide entertainment without a license are fined $250 per day for each violation. Those with licenses who violate the ordinance receive a letter of warning for first offenses and are required to meet with the police chief and fined $100 for second offenses within six months of their first offense. Third offenses result in a 15-day license suspension and $150 fine, while fourth offenses result in 30-day suspensions and an additional fine. Fifth offenses cause the license to be revoked for a minimum of six months before reapplication is allowed.

Suspensions are detailed in the current ordinance to be imposed within 15 days of notice, but the proposed changes would close that window to 72 hours.

A new provision would be added that, if the police chief determines there to be a pub­lic safety threat at the estab­lishment, a suspension could be immediate upon delivery of written notice. A meeting with the police chief to estab­lish an abatement plan will be set within 24 hours of a request by the establishment.

“What we’ve found is the ability to have enforcement through the courts can be effective and it takes a while to get to that point the way the ordinance is currently written,” Boneham explained during Wednesday’s meeting. “We’re looking to compress the time period a little bit in case there is a situation with multiple violations in the future.”

Also proposed are changes that would require a notice to be posted at the main entrance of the establishment during the suspen­sion or revocation of license and that the disc jockey per­forming at an establishment without a license or with a suspended license also be fined.

Council member Dallas Dodge raised a concern that the proposed parking require­ment would preclude estab­lishments that could previ­ously provide entertainment from now doing so.

“We always allowed live music. Then we just required a license, but now we’re say­ing can’t do it because you don’t have parking,” Dodge said. “Now we’re saying for a certain class of restaurants, based on where you’re located or how your property is designed, you would not be able to have live entertain­ment, period.”

He said, due to that con­cern, he would “cautiously” proceed with consideration of the changes.

He and other committee members asked town staff to return at a future meeting with more details about specific establishments in town that would be impacted by the change.

We-Ha.com is the place to go for the latest information about West Hartford – a town that "has it all"! We-Ha.com is part of and proud of our community, and we bring a hyperlocal focus to news and features about the people, schools, businesses, real estate, sports, restaurants, charitable events, arts, and more. Contact us at: edito[email protected] or [email protected]