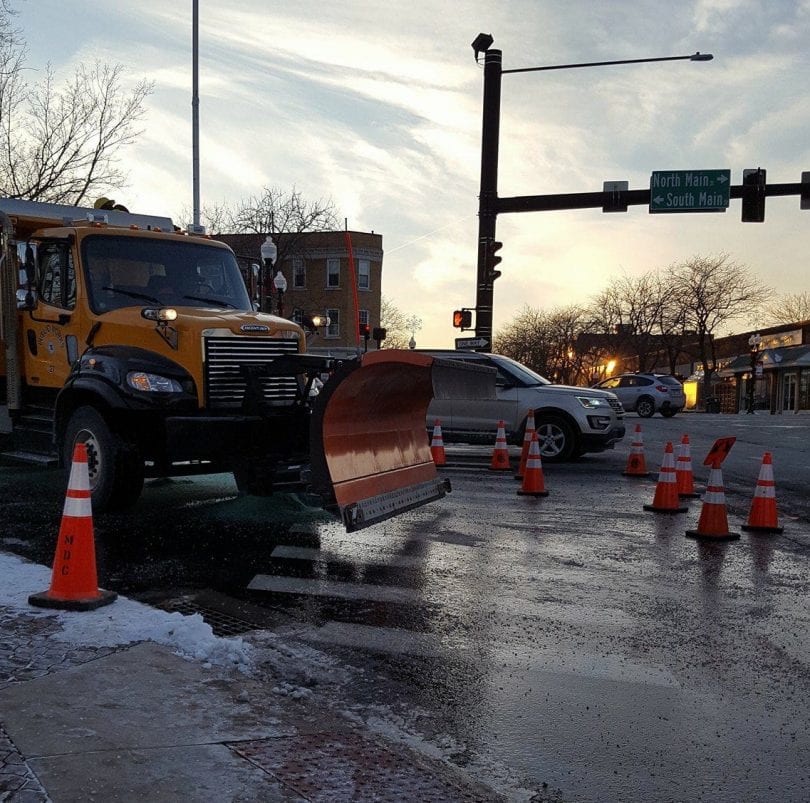 [Updated, 6:30 p.m.] MDC crews are on the scene of a water main break at the intersection of South Main Street and Farmington Avenue.

According to Martin, the main was installed in 1948.

Martin said that repairs will take between 6 and 8 hours, with completion estimated sometime between 11 p.m. Wednesday and 1 a.m. Thursday.

The bitter cold is continuing to take its toll on water mains in West Hartford, and the latest victim is a main at the intersection of South Main Street and Farmington Avenue in West Hartford Center.

The break was discovered early Wednesday afternoon, and water was turned off at First Church West Hartford, which is located at 12 South Main St.

“We are still in the process of shutting this down, so I don’t have any additional confirmed details until that happens. If the shutdown goes as planned, only the Congregational Church will be affected by the shutdown, but we can’t be sure of that until we are completely shut down. The gate valves that are closed to shut of water can be adversely affected by the cold, and that can cause us to shut down additional gates, thus affecting additional properties,” Martin said in an email just before 4:30 p.m. Wednesday.

The Noah Webster Library plans to reopen at 1 p.m. Thursday, weather and water permitting. The Faxon Branch will remain open until 8 p.m. Wednesday, the library said in a tweet.

On Tuesday, Webster Hill Elementary School had to dismiss students early due to a water main break on the road in front of the school. Thirty-one residences also had water shut down at 1 p.m. Service was restored at 8 p.m., Martin said. Two other water mains broke in West Hartford earlier in the week. 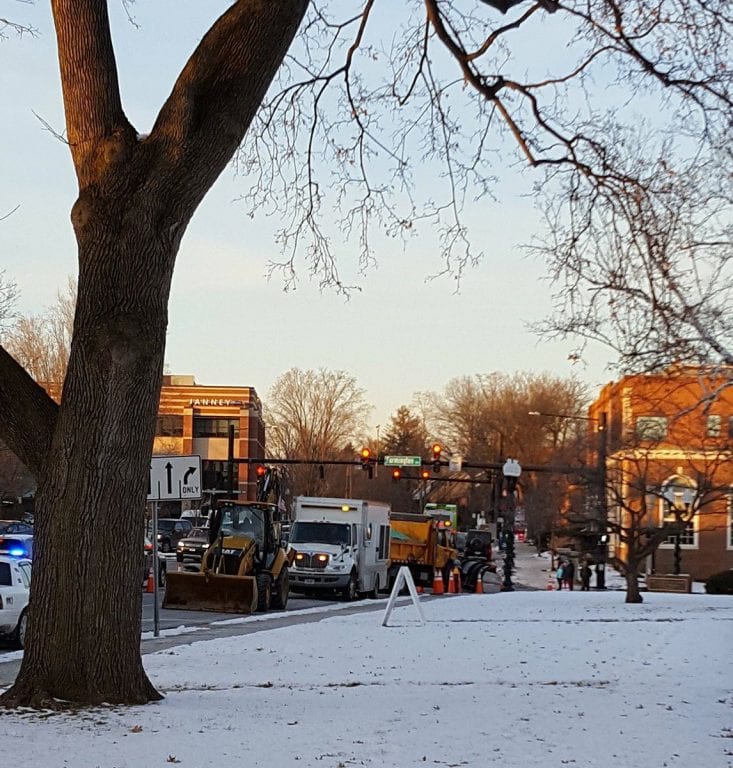