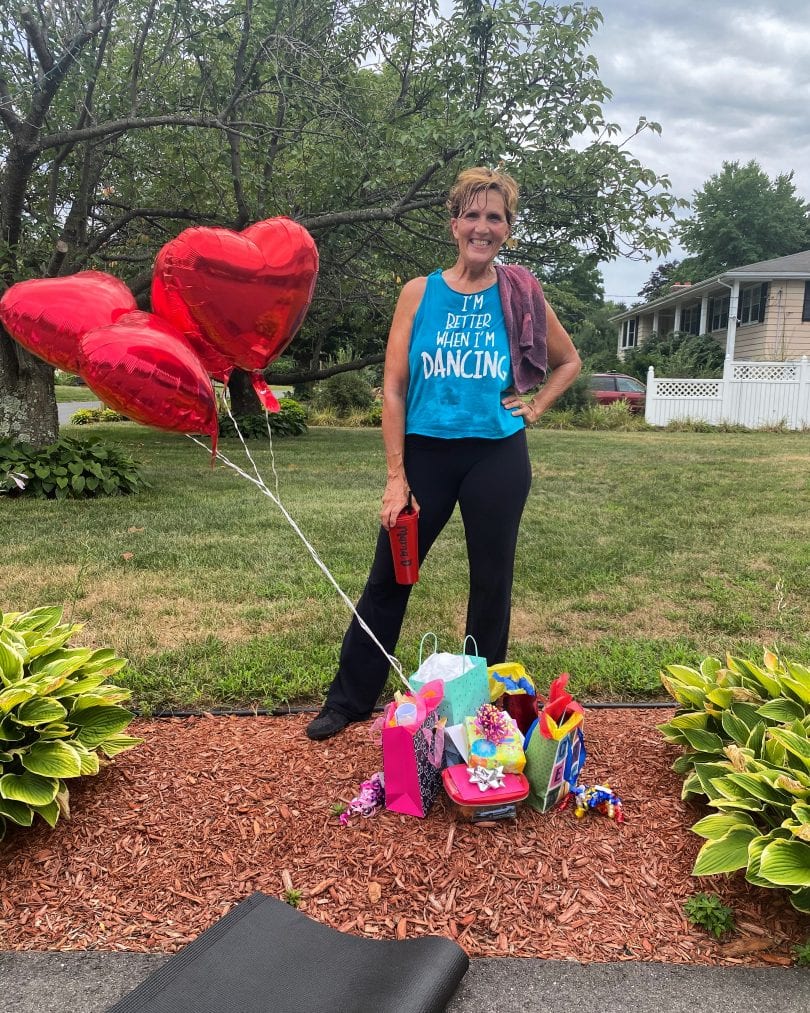 Darlene Zoller, a co-founder and co-artistic director of West Hartford’s Playhouse on Park, is about to celebrate a year-long feat of daily dances streamed on Facebook Live.

On March 17, 2020, Darlene Zoller, the co-founder and co-artistic director of Playhouse on Park in West Hartford, CT, offered her first dance class on Facebook Live – now known as “Better When I’m Dancing!”

The governor’s “stay at home” order had just gone into effect, and she decided to offer a free virtual dance/exercise class for anyone who wanted to join. Those who tuned in were grateful for the much-needed distraction during a time of uncertainty and fear.

So she offered a class again the next day, and the day after that, and the rest is history. On March 16, 2021, Darlene will celebrate her 365th day of consecutive dance classes on Facebook Live!

Zoller’s daily classes have become a staple for so many people throughout the pandemic. Whether they participate along with her, or just have her on in the background, it is nice to know that someone is there. She has received amazing feedback over the past year, and was even spotlighted by Facebook itself for her 200th consecutive day back in October!

Zoller continues to uplift a growing number of loyal Facebook Live watchers every day. Want to join in on the fun? Dance live on her page every day at noon eastern here: https://www.facebook.com/darlene.zoller

At Playhouse on Park, Zoller has directed and choreographed CABARET, CHICAGO (Best Director of a Musical/Broadway World) SWINGING ON A STAR and THAT HOLIDAY FEELING among others. She is the founder, director and choreographer of stop/time dance theater, the resident dance company of Playhouse on Park, now in its 18th year. She was voted Best Director of a Musical/Broadway World for 2014’s production of I’D RATHER BE DANCING. She IS Mama D of MAMA D’s OUTRAGEOUS ROMP; a grown ups only music, dance and comedy event exclusive to the Playhouse. Zoller is an adjunct professor at the University of Hartford’s Hartt School where she directed and choreographed CHICAGO and did the choreography for ON THE TWENTIETH CENTURY, THOROUGHLY MODERN MILLIE and SMILE.