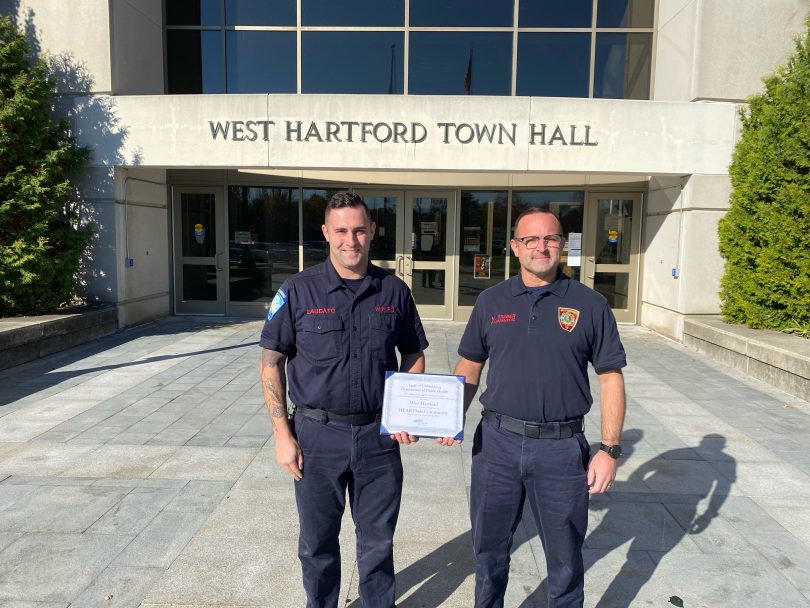 The Town of West Hartford has received the HEARTSafe Community designation, which will be in effect for the next three years. 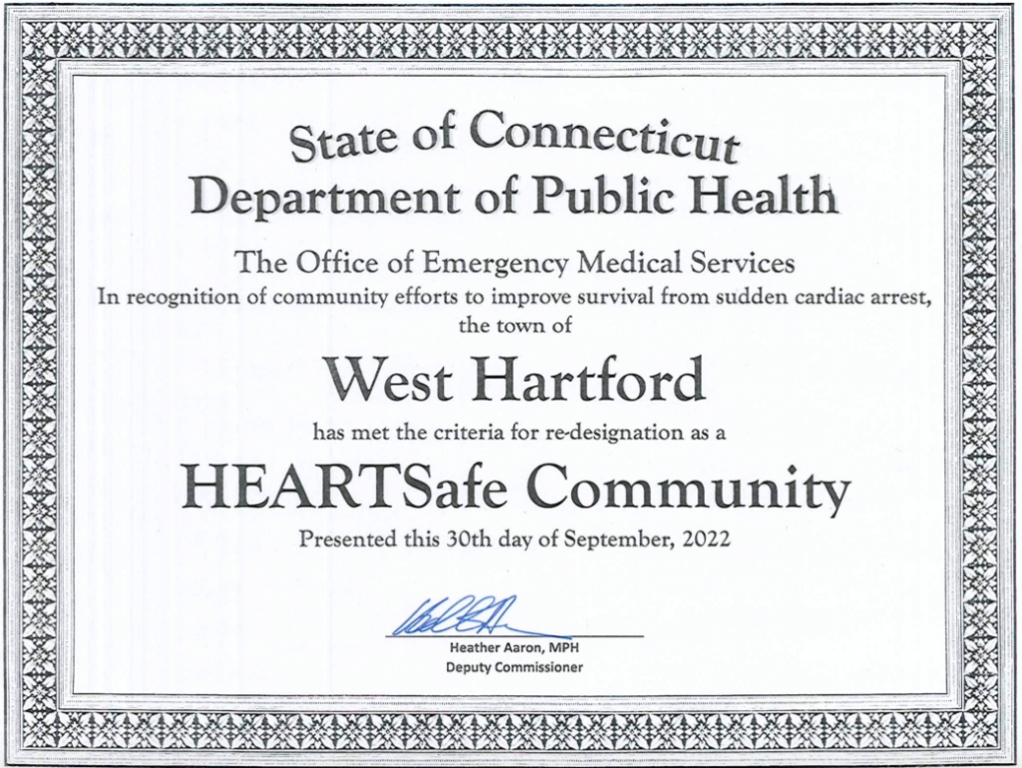 Efforts to improve the “cardiac chain of survival” in West Hartford have resulted in the town’s designation as a HEARTSafe Community based on criteria established by the American Heart Association.

“What a HEARTSafe Community means is they set a standard,” said Firefighter/Paramedic Rocco Laudato, the West Hartford Fire Department’s EMS officer. Criteria for becoming a HEARTSafe Community includes training citizens in town to perform CPR, increasing the number of automated external defibrillators (AEDs) that are publicly accessible, and following aggressive resuscitation protocols for first responders and at area hospitals.

“All three things should increase the chance of surviving cardiac arrest,” Laudato said.

In West Hartford, the fire department also provides paramedic services and they are first responders to medical calls, including cardiac events. “Last year’s survival rating [for West Hartford] is almost twice the state and national average,” Laudato said. For 2021, the most recent year that statistics are available, he said the Connecticut state average for “out of hospital survival” following cardiac arrest – was 8.0%. Nationally the rate is 9.1%, Laudato said. In West Hartford, it’s 16.4%.

The reason the state’s rate is lower than the rate nationally, according to Laudato, is because some states, particularly in the western part of the country, have mandated CPR training for members of the community and even have mobile phone apps with alerts that help people locate available AEDs.

“We’re trying to lead the way,” Laudato said, to help improve the cardiac chain of survival in Connecticut.

Specific recent efforts in West Hartford have included hands-free CPR training – to the community as a whole as well as to targeted groups.

“Last month we taught every single Conard student hands-only CPR, all 1,500 of them,” Laudato said. 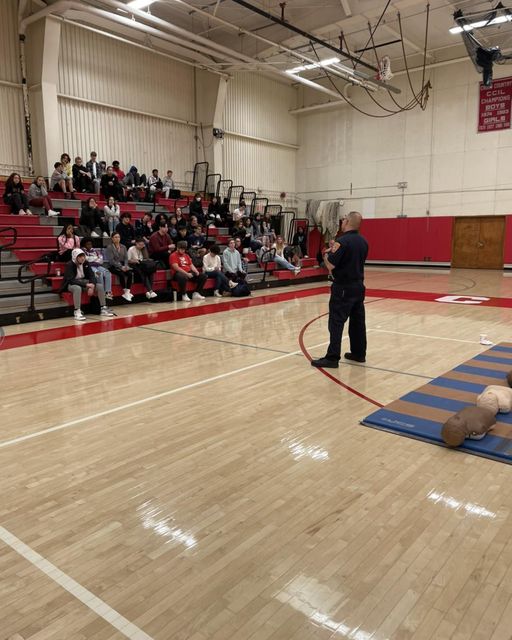 In August, Firefighter/Paramedic Matt Traber, the department’s planning & recovery as well as community resource officer and Apparatus Operator Bill Schappert, set up a table and spread a mat on the sidewalk on Farmington Avenue in West Hartford Center, and during three hours on a busy Thursday evening proceeded to train more than 150 passersby of all ages on the administration of hands-only CPR with the use of mannequins. 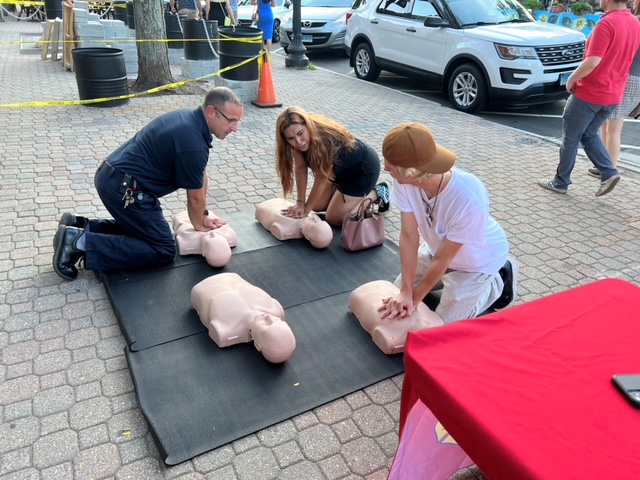 Hands-only CPR is exactly what it sounds like – restoring someone’s breathing using your hands only – and according to the American Red Cross it’s highly effective. “If you see a teen or adult suddenly collapse, hands-only CPR is the recommended form of cardiopulmonary resuscitation (CPR). It not only increases the likelihood of surviving breathing and cardiac emergencies that occur outside of medical settings, but it’s simple to learn and easy to remember,” the American Red Cross website states.

Town Manager Rick Ledwith received notification from the Connecticut Department of Public Health in late September, noting renewal of the town’s designation as a “HEARTSafe Community.” West Hartford had been certified in the past, but the recent training began as an initiative to restore the designation.

DPH said in their letter that the re-designation, which is good for three years, “recognizes your community’s continued commitment to provide cardiac response and care to the residents of your community utilizing the Chain of Survival’ of early 9-1-1 access, cardiopulmonary resuscitation, defibrillation and advanced care.”