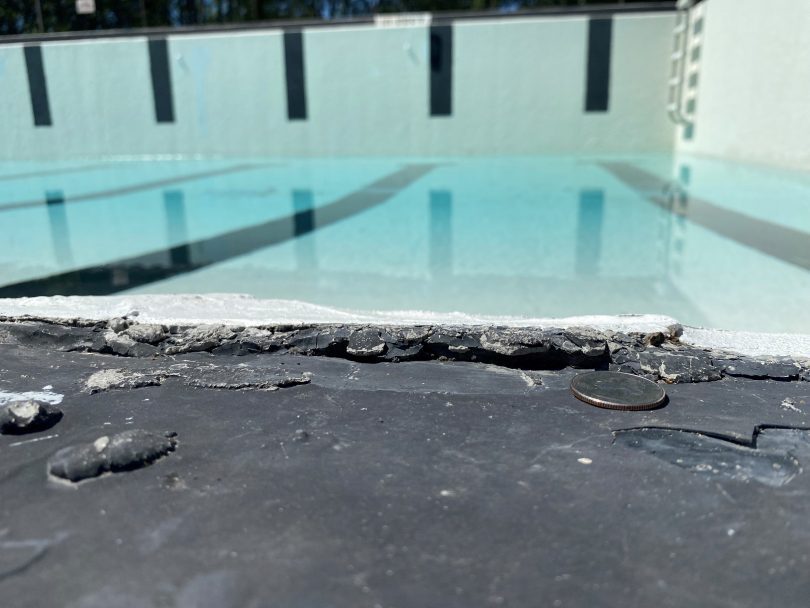 A contractor has been hired to create a temporary fix that should allow the only public pool in the north end of West Hartford to open for the summer of 2023.

Bids received for rebuilding West Hartford’s oldest pool and pool house came in at nearly double the amount budgeted, and while the town plans to conduct another bid process, officials are confident that a repair will enable the pool to be used in the summer of 2023.

“Those bids came in very high, and this is something that all of us have been seeing not just in West Hartford but across the region,” Director of Leisure and Social Services Helen Rubino-Turco told the Town Council’s Human and Community Services Committee at their meeting Monday evening.

The lowest of three or four bids the town received for replacement of the pool and pool house was $4.4 million, Town Manager Rick Ledwith said.

“We suspected that one of the reasons it came in so high is that the timeframe was very short,” Rubino-Turco said, noting that while the original expectation was that the project would go out to bid in early June, the RFP was not sent out until September.

The Town Council had approved use of up to $2.5 million from the capital improvement fund in January and had earlier approved the hiring of an architect to design the project. At the time, the authorization of $2.5 million was thought to be more than enough, and officials believed the cost would come in at more like $2.2 to $2.3 million.

The Eisenhower Park pool, built in 1964, is the town’s oldest pool, and both the pool and the pool house had already been slated for replacement through the capital improvement fund in a few years – a process that was accelerated after a serious problem was found with the pool in 2021. 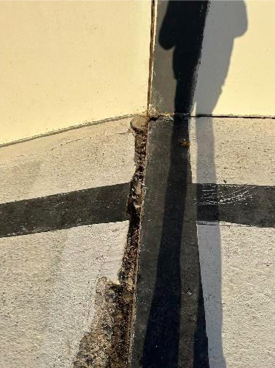 A contractor has assure the town they will be able to repair this crack in the Eisenhower Pool so it can be used in the summer of 2023. Town of West Hartford image

When the town’s pools were being readied for the 2021 summer season, a significant leak was discovered at Eisenhower, and with other deterioration that was also discovered, at the time it appeared that replacing the pool was the only option.

Matt Hart, who was town manager at the time, told the Town Council that even more significant safety and integrity issues had become apparent with the pool, including deterioration of the concrete shells and decking, and cracked pipes and leaks in the filtration systems.

There is a crack crossways across the pool, where the shallow end descends into the deep end, Rubino-Turco said. “That seam is the source of some catastrophic failure as well as the perimeter of the pool,” she said, but the town has found a contractor that will be able to implement a temporary fix will be made which will allow Eisenhower pool to be used in the summer of 2023.

“What we have decided to do is saw-cut that section, patch it, and re-caulk the entire bottom of the pool,” she told the Human and Community Services Committee members. “We are confident that we will be able to reopen the pool this summer without having the renovation done yet,” she said, and put it out to bid this winter for construction to start next August. “Hopefully the bids will come out more reasonable,” she added.

Ledwith said when the projection came in at $2 million more than what had been budgeted, they redoubled efforts to find a near-term solution. He said that he and Rubino-Turco and others from the town met with several contractors, and met with the chosen contractor several times and are confident that the temporary repairs will work.

“It was very important to us that there was a high degree of confidence on the contractor’s behalf that they could actually fix the pool and have it usable for the upcoming season this summer,” Ledwith said. Following multiple meetings, “our level of confidence is very high,” he said.

Ledwith told We-Ha.com that the cost of the repair will be roughly $40,000, and reiterated that he has a “very high degree of confidence that it will work.”  The expense will be paid out of the Plant and Facilities budget, not the capital improvement fund.

“This is temporary,” Ledwith said. “It still needs to be replaced but we are able to use it for another year.”

Ledwith said he hopes that by allowing more time, and with some easing of inflation, the new bid process will result in proposals as close to $2.4 million as possible, and said he will keep committee members apprised of the process. An RFP will go out sometime late this winter, and the goal will be for the new pool and pool house to be completed and ready by June 2024.

Deputy Mayor Liam Sweeney asked if there appears to be price-gauging by contractors that are taking advantage of municipalities that have federal funds to expend, and suggested it may ultimately become a situation that needs the attention of the Connecticut Conference of Municipalities, the legislature, or the attorney general.

“In just about every project we are bidding now we are facing the same challenges and issues,” Ledwith said. He he air quality improvement project that the town is undertaking at the elementary schools is also facing inflationary issues.

“We will be good stewards of the taxpayer money and when we have to make decisions like this. … We will step back and look at things differently,” Ledwith said. He said the Town Council will be kept apprised of issues with other bids, and projects will be paused if necessary.

In order to free up funds to accelerate construction of a new pool and pool house at Eisenhower Park, the town had de-authorized $2 million from the capital budget for 2023 that had been earmarked for a multi-year Flood Mitigation Infrastructure Project, because that project is able to be funded in part through the American Rescue Plan Act. Ledwith said Wednesday that since the pool and pool house construction will be put off, the CIP funds will revert back to use for the flood mitigation project.

Committee members received an update regarding other projects in the works, including the renovation of the pool house at Kennedy Park to include ADA-compliant family changing rooms. That project is out to bid right now, with the hopes of having the work done over the winter and spring so it will be ready for use before the summer, Rubino-Turco said.

The Kennedy Park project qualifies for funding through the town’s Community Development Block Grant (CDBG) program because it is located in a lower-income area, Rubino-Turco said. A multi-year improvement project at Kennedy Park is already underway, and the irrigation system and basketball courts have already been replaced.

At Wolcott Park, the 1970s-era restroom and snack bar building is being replaced by a new structure with four ADA-compliant single-occupant restrooms, with plans for that project to begin in late summer or early fall of 2023. The lights at the baseball field are being replaced through funds raised by the West Hartford Youth Baseball League.

She noted that other upcoming projects are pollinator and rain gardens in each of the town’s parks. Leisure Services is working with “very excited community group,” she said, including the Friends of West Hartford Parks, West Hartford Garden Club, Tree Action Group, the West Hartford Land Trust, root2RISE, and Westmoor Park staff.

The new post-tension concrete tennis courts at Conard and Hall high schools should be completed by this spring for use by the tennis teams, although the final top coat may be painted following the season, Rubino-Turco said.