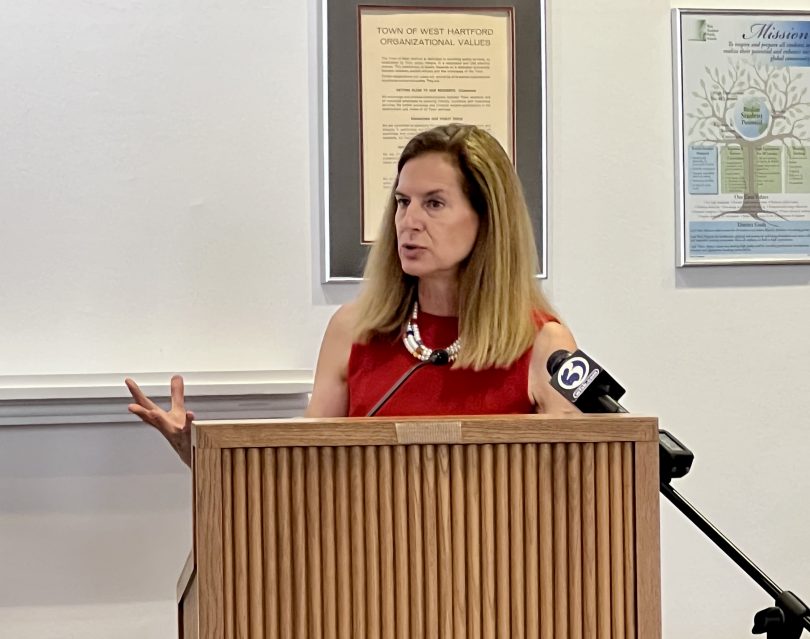 The State Bond Commission approved $1.5 million for improving the infrastructure along West Hartford’s Park Road, and the project was explained at a press conference Tuesday. 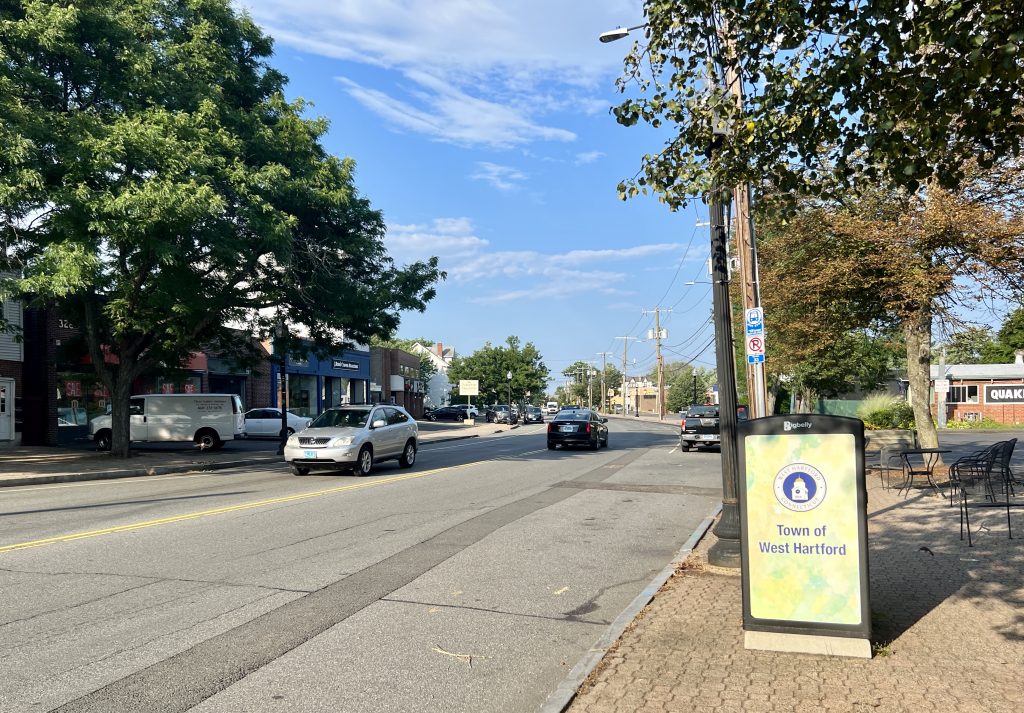 One of the items approved by the State Bond Commission on July 29 agenda was $1.5 million for the rehabilitation of Park Road between South Quaker and Prospect. Photo credit: Ronni Newton (we-ha.com file photo)

Lt. Gov. Susan Bysiewicz joined Mayor Shari Cantor and other officials Tuesday at Town Hall to tout the benefits of funds the state will be providing for the rehabilitation of West Hartford’s Park Road, a project that will benefit economic development beyond the town’s borders.

“We’re so happy to announce a $1.5 million state bonding project,” Bysiewicz said Tuesday. Funds have been awarded to West Hartford “so that we can bring the vision of the Park Road Association to life … to allow walkers, bikers, drivers through the neighborhood so that they will be best able to experience all that neighborhood has to offer.”

Shops, restaurants, and recreation facilities in West Hartford – and in the City of Hartford’s adjoining Parkville neighborhood, including Parkville Market – will benefit from the improvements including benches, bicycle hitches, and business directories, the lieutenant governor said. Both areas are already destinations, she said.

Tuesday’s press conference was moved to Town Hall because of the forecast for rain, but was intended to be held on the patio outside Playhouse on Park, to showcase some of the neighborhood’s offerings. “There are so many really wonderful places to explore,” Bysiewicz said.

“There are always many, many more requests for funding than we have the ability to provide,” said Bysiewicz, but this project rose to the top because the governor and administration “want to encourage walkable communities. We want to encourage economic development and small business growth, and this grant was a way to help both West Hartford, and Hartford, and the entire region.” 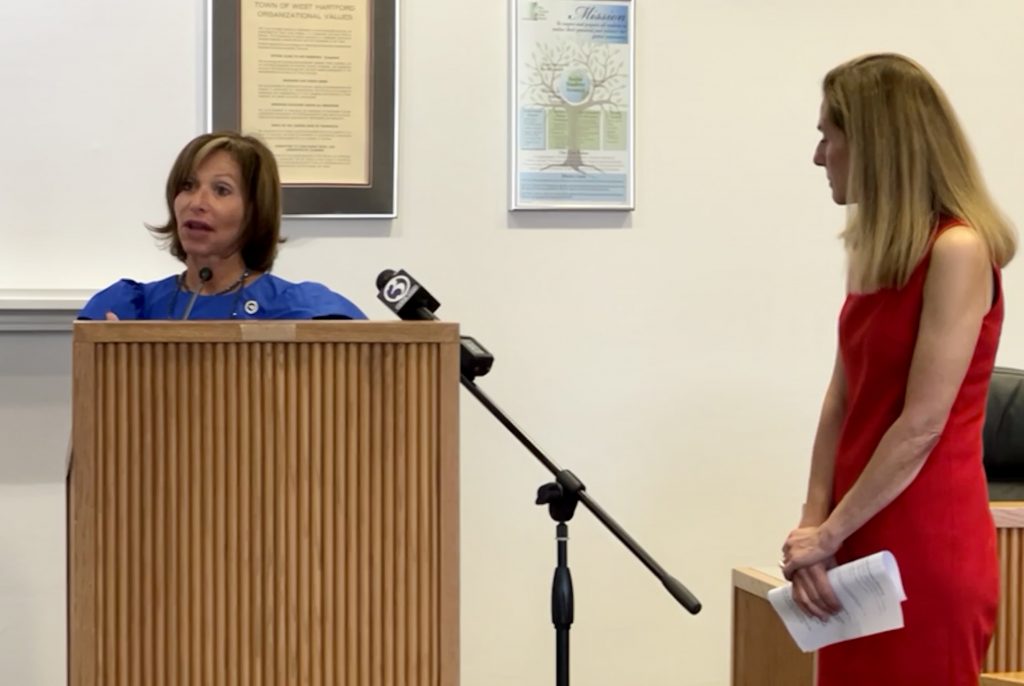 Cantor said the town is really excited to receive the funds to support Park Road.. “It is an eclectic, vibrant street with offerings that range across the board, and there is a real sense of community … this real connectedness.”

In addition, Cantor noted that One Park Road, the town’s largest new residential development, is a catalyst for investment in the area. The project now underway – transforming the Sisters of St. Joseph of Chambery campus while maintaining the chapel and other elements of the façade – will be a total of 292 units, 10% of which will be workforce housing.

“It is a historic site … and is over 100 years old,” she said, and once people move in the improvements will add to the wealth of amenities.

The Park Road parade was first held as a celebration after a construction project in the neighborhood in the 1990s, and will return again this Oct. 1, Cantor said. 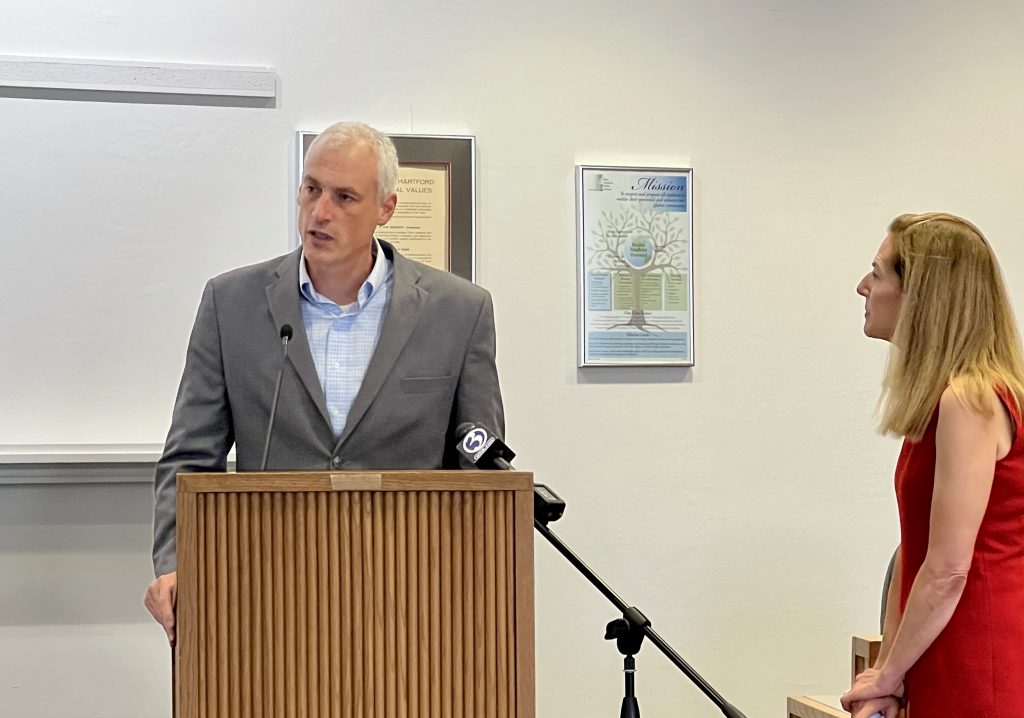 State Sen. Derek Slap, who along with the remainder of West Hartford’s legislative delegation pushed to have Park Road included on the July Bond Commission agenda, said the project was included because it promoted strengthening business, improving quality of life, and “connecting a key West Hartford corridor with another one in Hartford. These things aren’t just happening in a silo,” he said.

“This is a win, win, win. It’s a win for our business community … it’s a win for our quality of life and for us helping to attract and retain residents … and especially for our younger folks,” said Slap, who look for walkability and vibrancy in a neighborhood.

Projects like this which get state support also help alleviate the burden on the local property taxpayers, Slap added, and projects that receive funding are intended to “move the needle one economic development.” 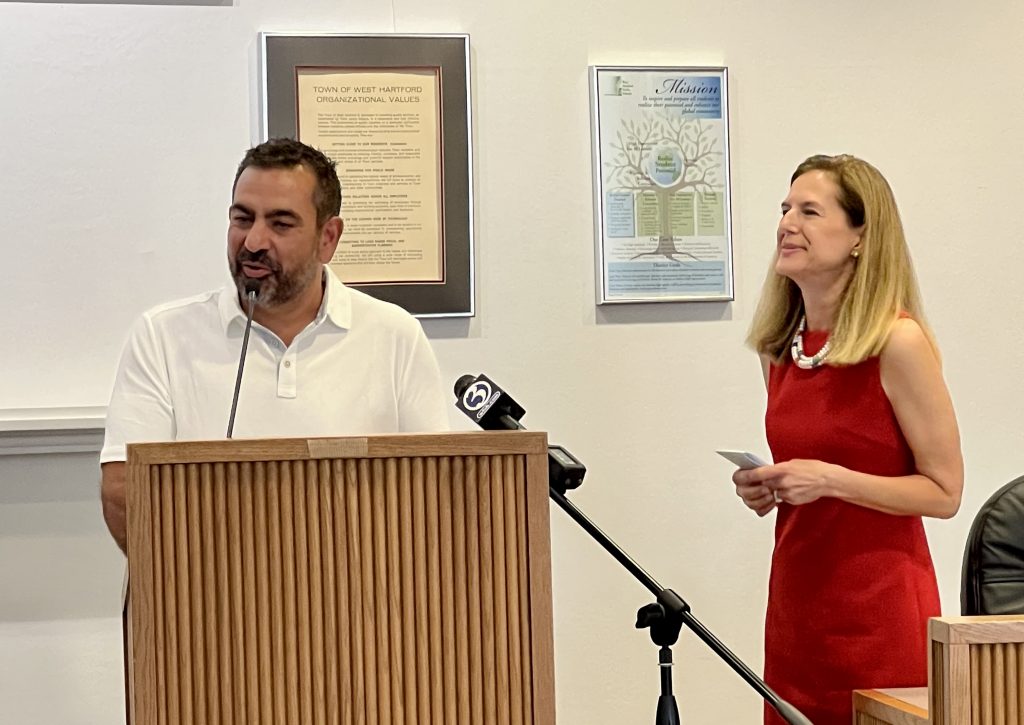 Johnny Paindiris, owner of Effie’s Place Family Restaurant and co-president of the Park Road Association, is excited about the improvements that will be made to Park Road. Photo credit: Ronni Newton

John Paindiris, owner of Effie’s Place Family Restaurant on Park Road and co-president of the Park Road Association, was part of the neighborhood when the first major reconstruction took place in the late 1990s. “It really was a nice shot in the arm to the neighborhood.”

Paindiris said West Hartford and Hartford have worked well together to make the transition between Park Road and Parkville seamless, including using the same street lights, which was done with the support of the state as well as both municipalities.

“The addition of new sidewalks, fresh pavement, crosswalks, benches, bike lanes, wayfinding signage are all going to be a great addition to Park Road,” Paindiris said. It will make the area even more of a walking community, brighter, and cleaner.

The community has already identified good spots for bicycle hitching posts, Paindiris said, and the neighborhood association will be sure to keep the lines of communication open as the project proceeds.

West Hartford Town Manager Rick Ledwith said the construction is expected to begin by the spring of 2023.

“This is aging infrastructure,” Cantor said, and sidewalks are now crumbling a bit and looking their age, and the bond funds will allow for that to be updated. It will also address the challenge of making the roadway as safe a possible for bicyclists, within the available space.