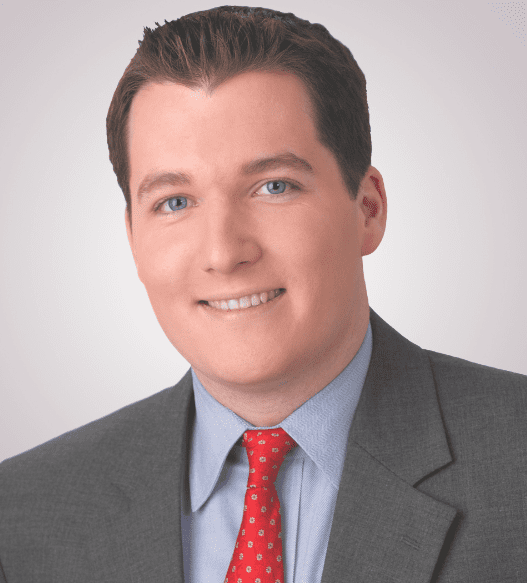 We-Ha.com is featuring notable West Hartford residents, finding out who they are outside of the spotlight and what they like about living in this town. Meet Ryan Hanrahan! 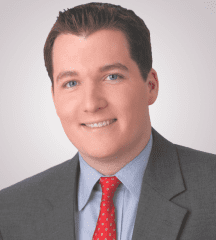 Ryan Hanrahan’s earliest memories were weather-related, and the 30-year-old West Hartford resident said that becoming a meteorologist was always his career goal.

Hanrahan has been a meteorologist at NBC Connecticut since December 2005, and during the past 9-plus years has gotten to predict and observe some wild and crazy weather – but he’s never seen a tornado.

“One of my first memories is of missing a tornado. I was in Cape Cod, and there was a tornado in Hamden in 1989,” said Hanrahan, who grew up in Guilford.

“Two years ago I went storm-chasing for vacation,” he said. He traveled to the tornado belt of the Midwest, but “unfortunately” the skies were quiet. “It turned into more of  a Midwest/High Plains saloon crawl, but I want to go back again to finally see a tornado,” Hanrahan said.

Hanrahan graduated from Guilford High School in 2002, and went to Penn State to study meteorology. He wasn’t focused on becoming a television meteorologist, it was all about weather, he said. After getting an undergrad degree in just three years, Hanrahan went to SUNY Albany (now called the University at Albany) for graduate school and got a job working at the NBC affiliate in Albany.

He was only 21 when he landed a full-time job at NBC Connecticut in December 2005, and he has been there ever since. He moved to West Hartford in 2008.

“I live in Elmwood, and I love it,” Hanrahan said. He enjoys the proximity to Pepe’s, Beachland Tavern, and Tapas, and said that Sliders is great for watching games. “I put about a mile on my car each month,” Hanrahan joked, since everything, including the NBC studio, is in such close proximity.

When he ventures outside the neighborhood to eat, Hanrahan said, “I love Plan B on Park Rd – it’s definitely one of my favorites in town.”

Hanrahan said that people often recognize him when he’s out and about. “People see me at Stop & Shop, and they’re always really nice,” he said. “But it makes me look at the weather before I go out, even if I’m not working, because I know people will ask.”

The other question Hanrahan often gets is about his dog – an adopted Golden Retriever named Doppler, who he said is a sweetheart. “He hates thunderstorms, which is pretty ironic,” Hanrahan said.

Hanrahan has a younger brother who is an arborist. Outside of weather-related activities and storm-chasing, Hanrahan said he loves to travel. He also likes to ski and enjoys other outdoor activies like hiking and going to the beach. He said that he is in a relationship.

For his wheels, Hanrahan said that he drives a small SUV. “I need to make it to work no matter how bad the weather. During the 2013 blizzard I walked home around midnight from the station in suit pants, boots, and a parka. I decided to get a 4WD after that!” he said.

Hanrahan loves his job – and people love him. He was recently named one of Connecticut Magazine’s prestigious “40 Under 40” (although they listed his residence as Guilford rather than West Hartford) for the work he does at NBC as well as “visiting schools to inspire a new generation to get excited about science and the weather.”

Hanrahan can be seen on NBC Connecticut weekdays at 11 a.m. as well as at 5 and 5:30 p.m. and he also writes a blog, called “Way Too Much Weather.” [Editor’s note: Of course we would never consider taking out our frustration with the seemingly endless winter on the messenger, but this is an excerpt from Hanrahan’s Feb. 19 post: “Using this model guidance, today’s likely high and low, and the previous 18 days I get a mean temperature of 16.31 degrees through 2/26. We will most certainly be within striking distance of the coldest month on record. If it’s going to be so damn cold we might as well break this exceptionally impressive and long standing record!”]

He said that the job has changed a lot since he first started, and now he spends just as much time on Facebook, Twitter, and the web. When people ask him questions through social media, he replies in a friendly and informative way. “The information is distributed in so many ways, and we can engage with our audience so much more, whether they are at work, on the go. We try to think about what is the most convenient way for people.”

Hanrahan said he is happy to have found the perfect career, and couldn’t imagine doing anything else.

“I’ve always been a huge weather geek. I can’t sleep the night before a big snowstorm. It’s really cool that I get to do what I love,” Hanrahan said.