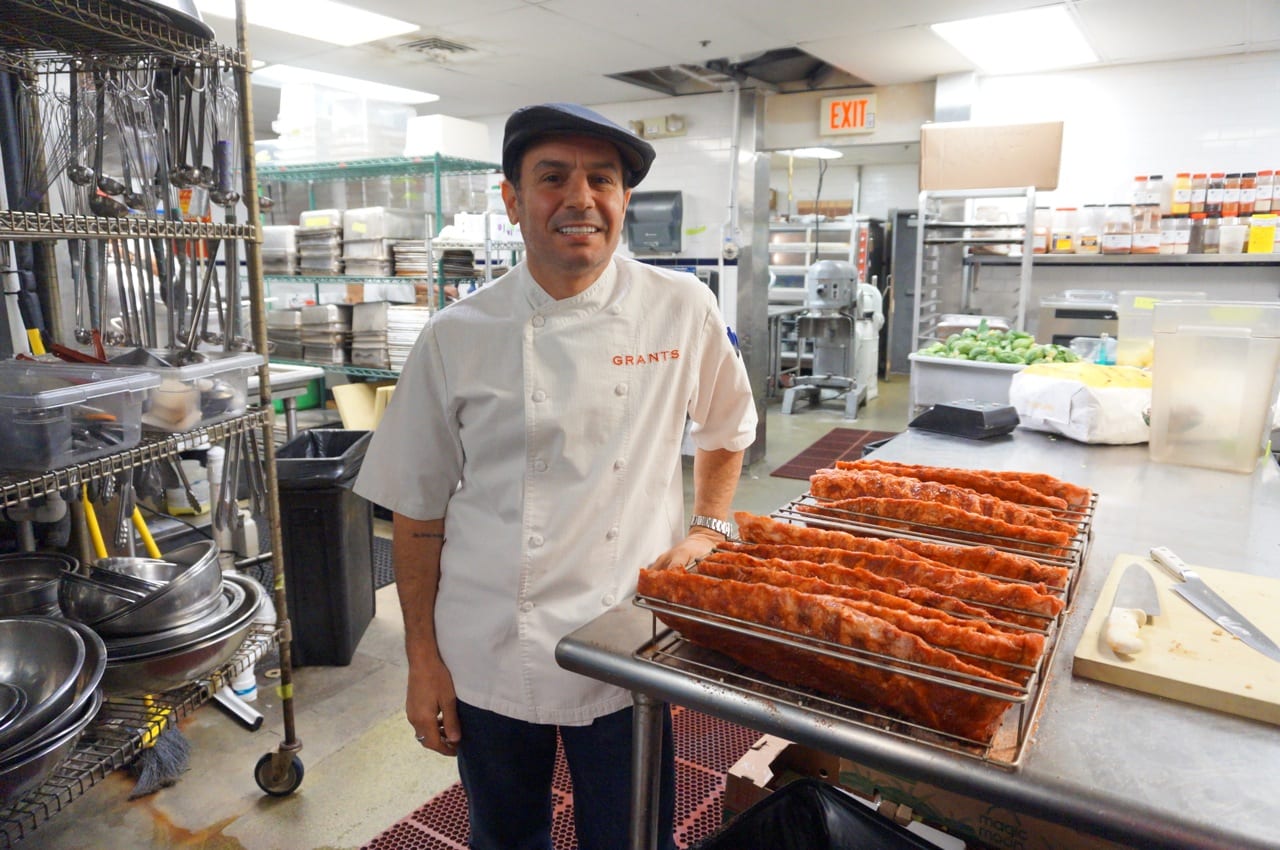 Billy Grant, owner of West Hartford Center mainstay Grants Restaurant and Bar, is looking to create a more casual image for the eatery. 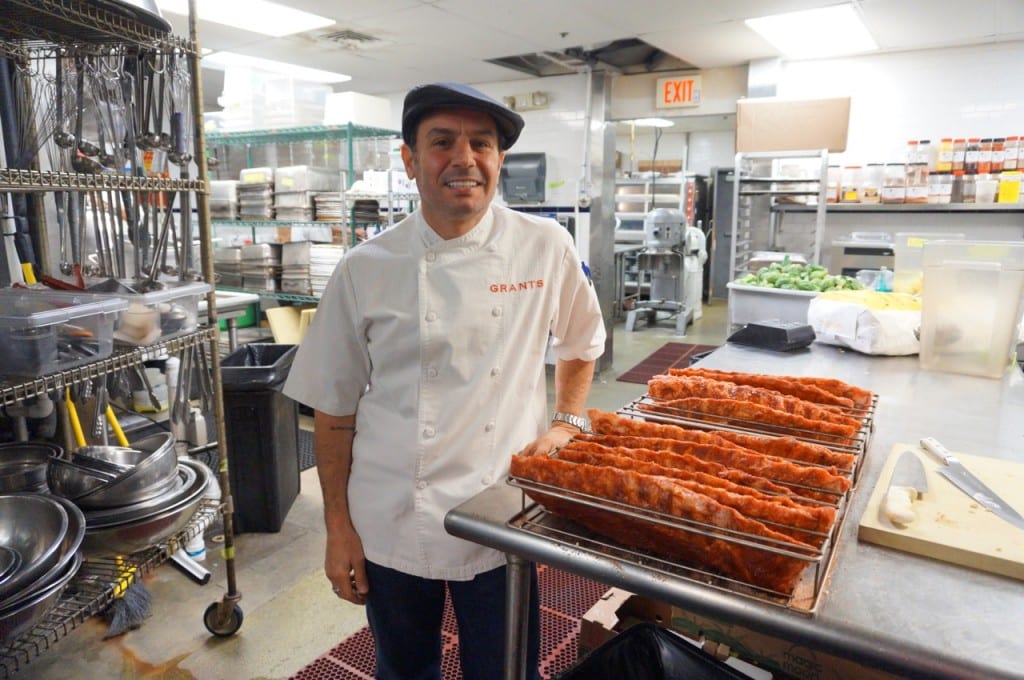 Billy Grant is proud of the restaurant that bears his name, occupies a prime location on Farmington Avenue in West Hartford Center, and has been “the” place to go for special celebrations since it opened more than a decade ago – but he said it’s time for a change.

“I want to make it more casual, shake the fine-dining image,” Grant said.

He feels that Grants has gotten pigeonholed into the category of a fine-dining restaurant, with an identity based on its steaks. “The trend in dining is more about sharing, moving away from the high-priced items,” Grant said. Now that his other West Hartford Center restaurant, Bricco, is being capably handled by chef Tyler Southwick, Grant is personally focused on tweaking the food and the atmosphere at Grants.

A month ago the dinner menu at Grants feautured six high-priced steak options, with four items priced above $30. There were two fish dishes also priced above $30 and two others in the $27-$29 range.

Although the revamped menu still includes two large steaks (the signature filet mignon and the Black Angus New York strip), there are many more less-expensive items, including “big” salads topped with chicken or fish and an assortment of burgers and sandwiches that were previously served only on the tavern menu.

The appetizer selections have been tweaked as well. Instead of crabcake there’s hot crab and Jerusalem artichoke dip, Grant said. Rather than tuna tartare there are “Grandma’s” meat balls. There are two crispy pork tacos in an order.”The appetizers are mostly designed for sharing,” Grant said.

Other items are now sold to allow diners more flexibility. The menu previously offered a cheeseboard ($17) and meat board ($14), but now the items are sold individually, priced at $4-$5 so people don’t have to commit to the entire thing. Raw bar items are also available as single pieces.

And rather than traditional side dishes intended to accompany the à la carte meats, there are now “extras” that can also stand alone – like house-smoked chicken wings or baked mac and cheese – or be combined with a salad and maybe something decadent to finish the meal.

Dessert offerings are now displayed on the dinner menu, so diners can decide in advance to leave room for delectable endings to their dinners like apple skillet pie or warm chocolate pudding cake.

Grant has even made some changes to the restaurant’s hours. Lunch is served daily from 11 a.m. – 3 p.m., and dinner is from 5 – 10 p.m. Sunday is dedicated to brunch, which is served through 2 p.m. There’s no longer a lunch available on Sundays, but there is a limited menu between 2 p.m. and dinnertime, which begins at 4 p.m.

“Grants is a chef-driven restaurant,” Grant said, but he acknowledged that it also has a reputation for a lively bar scene. “The bar gets busy at 11:30 p.m.,” Grant said, and he doesn’t think it has any impact on the dining room.

“Bar sales are good to have, and we don’t want to lose that, but we also don’t want to drive diners away.” He wants to ensure that the bar scene doesn’t ruin the restaurant.

Grant envisions the restaurant’s new image as more “gastro-pub” rather than fine dining, but said nothing about the quality of the food has changed. “Everything we make is from scratch. Even the more casual things like making our own pastrami.”

And Grant said the pastrami, served as a Reuben (with braised red cabbage, melted cheese, and Russian dressing on rye bread with house chips) is on the “must try” list, along with Grandma’s meatballs and the pork chops (glazed with local honey and served with caramelized sweet potatoes, shaved brussel sprouts, and apple mostarda).

Grant also recommended the burger – which has been re-tooled into one sandwich with two quarter-pound burgers served on an artisan roll with two types of cheddar, shredded lettuce, and secret spices and sauce. “I took a risk because I don’t like a fat burger that’s hard to get to the right temperature,” Grant said. It’s the same amount of meat, but by splitting it up both patties are seasoned and easier to cook to perfection, he said.

Changing the culture of a restaurant is a complicated and multi-step process, Grant said, and also depends on factors such as available equipment and the skill set of cooks. The menu has to match the customers, and they change over time as well.

Grant said that as a chef and a restaurant owner, “It’s up to me to redefine the culture. You have to keep redefining yourself.”