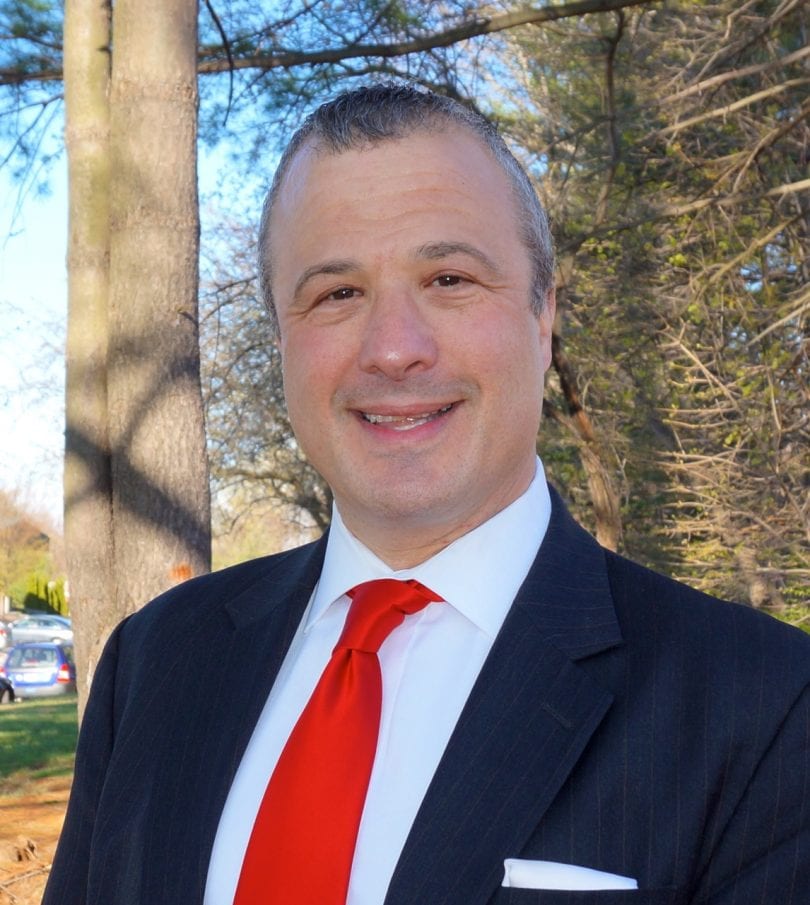 Jonathan Harris, a former mayor of West Hartford, resigned as commissioner of the Department of Consumer Protection on Monday, and on Tuesday said he will consider a run for governor.

The first question that many asked when Jonathan Harris announced his resignation as commissioner of the Department of Consumer Protection on Monday was whether or not he planned to run for governor in 2018.

On Tuesday, Harris, a longtime resident of West Hartford, confirmed rumors that have been spreading for some time. On Wednesday he plans official action.

“I am filing to establish an exploratory committee for statewide office with the goal of exploring a run for governor,” Harris, 53, said in a Tuesday evening interview.

Harris has said publicly that he would not run against either Gov. Dannel P. Malloy – who had appointed him as a commissioner – or Lt. Gov. Nancy Wyman. Malloy announced last Thursday that he will not seek reelection in 2018. Harris said that he has been speaking with Wyman about the race since last summer, but she has not yet made a decision.

Although Harris does not know what Wyman will do, he decided the timing was right for him to launch his exploratory committee, and concurrently to seek a different full time job. He said he remains committed to supporting Wyman should she decide to run.

“There were rumors of me running, and I wanted to be respectful and also didn’t want anyone to question my decision-making [as commissioner],” Harris said.

Leaving his job with the Department of Consumer Protection was tough, Harris said. “This was the best job I ever had, but it had a limit on it,” he said. Because he was a political appointee, Harris’ job would have ended in January 2019.

“I was looking at the next possibility, the next job, so my family could survive,” he said. One of those possibilities was returning to the practice of law, something he did for more than two decades but has not done full time for more than five years.

An opportunity arose with Feiner Wolfson LLC, a Hartford-based commercial law firm, and in addition to exploring a run for statewide office, Harris has immediate plans to join that firm.

If he becomes a candidate, Harris said he will build on his years of experience as West Hartford mayor, a state senator, deputy state treasurer, and Department of Consumer Protection commissioner.

The young and old are being squeezed, but he said that he sees hope and thinks he has the ability and experience to end the divisiveness and get people working together.

Harris said that retirees deserve to be able to continue living in Connecticut and have the same health care and benefits as their own parents had. His son, who is about to graduate from college, also deserves to have opportunities in state, and the grandchildren he expects to have some day also should be able to grow up in safe neighborhoods with good schools.

“I know I can do it because I’ve done it before,” Harris said of his ability to build consensus and solve significant problems.

Harris said that when he became West Hartford mayor in 2001 it was right after 9-11, a recession hit, and the budget was tight. “We were able to bring people together, to create solutions, downsize government to preserve schools and services.”

He said he was able to unify the community after a lawsuit alleged that rates at Cornerstone Aquatics Center discriminated against same sex couples. “I brought people together and listened,” he said and not only ended the discrimination, but ultimately helped gain approval for a rate structure that increased membership levels and brought in more money for the town.

Harris also noted that during his tenure as mayor, the Town Council overcame controversy and unanimously approved the public-private partnership that led to the development of Blue Back Square.

As a member of the general assembly, Harris has tackled tough issues like emergency contraception. He is proud of his role in crafting legislation that was acceptable to the Catholic Church and passed overwhelmingly by the legislature.

In his most recent role, Harris said he has streamlined the Department of Consumer Protection to do “much better with much less” through teamwork and use of technology.

“I’ve learned over the past 27 years that government has an important role to play in protecting citizens and providing core services. But it shouldn’t try to do everything because then it won’t do anything well,” Harris said. He likened the example to a “spork” – a combination spoon and fork that tries to be all things at once and is not really good at either function.

“I feel and understand the frustration and real challenges,” Harris said. He believes it’s important to be focused on what makes a difference in people’s lives and effect a “streamlined, effective, user-friendly government that focuses on priorities – that’s efficient, effective, and builds consensus so much more can be done.”

By changing the dynamic, discussion, and the way policy is made, Harris said, “I think we can work together to grow an innovative economy, to grow jobs today and for tomorrow.” His goal is to achieve a “more affordable economy where people throughout the state can afford to live, work, and retire.”

Harris believes coming from West Hartford – which with its diverse community is a microcosm of the state – is an asset. “This is a great, engaged population that cares about this community, the state, and making things better. I don’t know of another place where we have as much activism,” Harris said.

“I’m really excited about both the opportunity at the law firm and exploring the race for governor,” Harris said. He said it’s the right time in his life.

According to the Connecticut Mirror, in addition to Harris there are several other Democrats who are also on the road to establishing exploratory committees to run for statewide office.