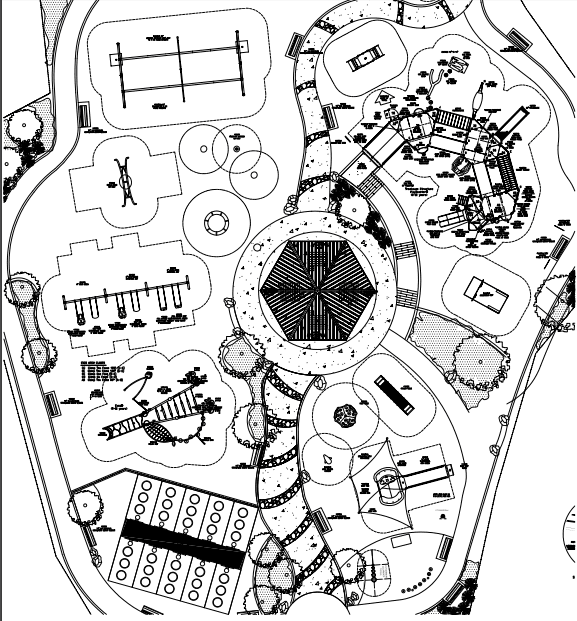 The fundraising goal to build ‘Jonathan’s Dream Reimagined’ on the site of the former Jonathan’s Dream playground has nearly been met, and organizers are hoping that remaining fundraisers and donations will be successful.

It has been three years since Jonathan’s Dream, the country’s first “boundless playground” had to be torn down due to wear and tear, but planning for a replacement playground – Jonathan’s Dream Reimagined  – that began almost immediately will soon turn from dream to reality.

“Dream Team” Coordinator Ronit Shoham said that $950,000 of the project’s $1.2 million has been raised to date, and the equipment will soon be ordered. Hopes are that the new playground will be installed at the Mandell JCC, where the original playground was also located, in the spring of 2017.

Shoham said that the team originally wanted to install the playground this fall, but decided to hold off and make one more push for fundraising. The playground design – created by Los Angeles-based Shane’s Inspiration at no cost to the team – is ready to go, vendors have been selected, and there is enough money in the budget for the equipment, but Shoham said that the goal is to have enough money to also install resilient surfacing on the entire playground, similar to the surface at the Miracle League playground at the intersection of Asylum Avenue and Trout Brook Drive.

“It’s really so much more accessible to wheelchairs, to anyone walking, to older people,” Shoham said. “The surface is so much more forgiving.”

The original Jonathan’s Dream opened in 1996. The equipment was wooden, and was designed to be wheelchair inclusive. It was the inspiration of Amy Jaffe Barzach and her husband Peter, and the legacy the family created to honor their son, Jonathan, who was diagnosed with the degenerative neuromuscular disorder Spinal Muscular Atrophy and sadly died before his first birthday.

Had he lived, Jonathan would have been confined to a wheelchair, and Barzach never forgot a moment, before her son’s diagnosis, when she had noticed a young girl in a wheelchair sadly watching other children on the playground. More than a thousand community volunteers helped construct Jonathan’s Dream, and Barzach went on to found and serve as executive director of the non-profit Boundless Playgrounds, building accessible playgrounds in more than 200 communities.

Twenty years later, new materials have been created and there has been an evolution in what accessibility means. Jonathan’s Dream Reimagined will be much more than just wheelchair accessible, Shoham said. “It’s going to be such a great place with incredible, interactive features. We’re even looking to make it accessible for the visually impaired,” she said.

There will be a roller slide that children with cochlear implants can use because a regular slide can short-circuit the device, Shoham said. There will be a Buddy Bench to encourage empathy and foster friendship among children using the playground, and the playground will also have “Kevin’s Kourt” – an accessible basketball court supported by a donation from UConn men’s basketball coach Kevin Ollie.

Other features will include zip lines, a track surrounding the playground, swings, and quiet areas. The intent is to create an not only an accessible playground, but a place that engages and encourages children of all ages in an active, inclusive way.

Coming up this fall are three fundraisers that organizers hope will help fill the remaining fundraising gap.

The first is a photo fundraiser with Jamie Kaminski, a local photographer and art educator. Kaminski, who has a special needs child, will offer professional portrait sessions at Westmoor Park on Sept. 10 and 11 (rain dates Sept. 24 and 25) with sittings beginning at 4:30 p.m. The suggested donation is $40, which includes a 15-20 minute portrait session and approximately five to seven images that will be available in a private online gallery. Prints and digital jpegs will be available a la carte beginning at $9 each.

All proceeds will be donated to Jonathan’s Dream Reimagined.

Reservations will be scheduled on a first-come first-served basis and those interested should email Kaminski with their preferred date and time at [email protected]. For more information about Kaminski, visit www.JamieKaminski.com.

Later this fall will be two “Taste the Dream – Jonathan‘s Dream Reimagined” events.