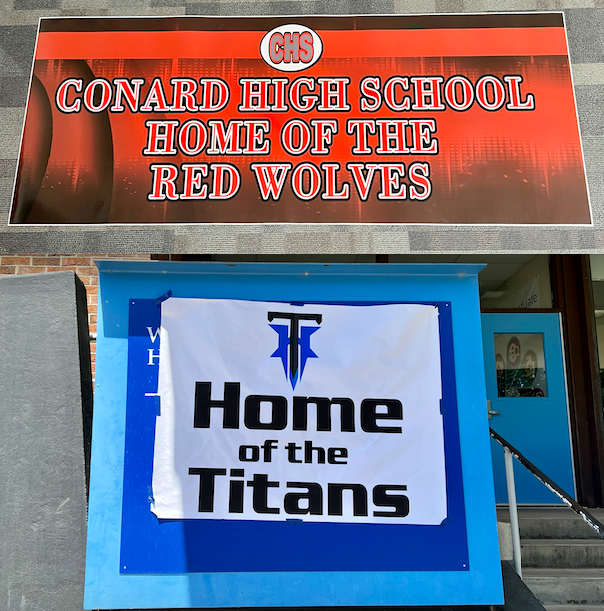 A hearing remains scheduled for July 7 regarding the Board of Education’s approval of new mascot names for West Hartford’s Conard and Hall high schools.

A flurry of legal action took place following the West Hartford Board of Education’s receipt and approval of new mascot names for Conard and Hall high schools on June 7, and as of late Friday a virtual hearing with a Hartford Superior Court judges is still on the docket for July 7, 2022.

A motion by the plaintiffs filed Thursday for an ex parte temporary injunction, barring the district from changing either of the mascot names prior to the July 7 hearing, was met with an objection filed by James Healy of Cowdery & Murphy, LLC, the attorney for West Hartford Public Schools and its administrators. That request for ex parte temporary injunction was denied by Judge Susan Cobb late Friday.

“We are pleased that the Court denied Attorney Scott Zweig’s application for an ex parte injunction, but it is unfortunate that Attorney Zweig continues to stoke the flames of division over mascot names and refuses to allow the community to move beyond this contentious issue,” West Hartford Corporation Counsel Dallas Dodge said in a statement Saturday morning. “While we hope he will consider withdrawing his lawsuit, the Board stands ready to continue defending its actions in Court if necessary.”

Zweig, on Saturday, told We-Ha.com, “We are disappointed in the outcome, but respect the Court’s decision. However, we remain hopeful that the schools will not rush to make any permanent changes to remove the team names until at least after the July 7 hearing. We remain confident in our case and look forward to presenting evidence to the Court.”

Zweig, a West Hartford resident, an attorney, and a Hall High School graduate, along with resident Mary McGowan, also a Hall High School graduate and parent of children who have or will graduate from both of the town’s public high schools, initially filed a lawsuit Monday, the date before the Board was set to vote on the new mascots. The lawsuit, naming the West Hartford Board of Education, West Hartford Public Schools, and Superintendent Thomas Moore and Assistant Superintendent Andrew Morrow in their official capacities as defendants, requested that the Board refrain from voting on the name changes.

The Board met in a nearly 30-minute executive session prior to voting Tuesday, and when the session adjourned, Board Chair Lorna Thomas-Farquharson said while she could not comment on the substance of the conversation, “I personally feel confident that the lawsuit filed by attorney Zweig is unlikely to succeed based on its merits.”

The names Conard Red Wolves and Hall Titans were each approved in a 5-2 vote by the Board, along party lines.

Two days later, Zweig, who also served as a member of Hall’s committee to choose a new mascot name, filed the motion for an ex parte temporary injunction.

The Board of Education had voted on Feb. 1, 2022 to change the nicknames of Conard and Hall, and the committees at both schools began a process in February to choose new mascots. Students voted on the new names and mascots last month – prior to their announcement and approval Tuesday.

Banners with the new names greeted students at both Conard and Hall on Wednesday. Signage in front of the schools, banners on the light poles, gym floors and turf fields, will begin to be updated throughout the summer. Uniform updates will be phased in.

Zweig also said Saturday, “We are also continuing to collect signatures for our petition seeking a referendum on the question of the team names. Contact [email protected] for more information.”