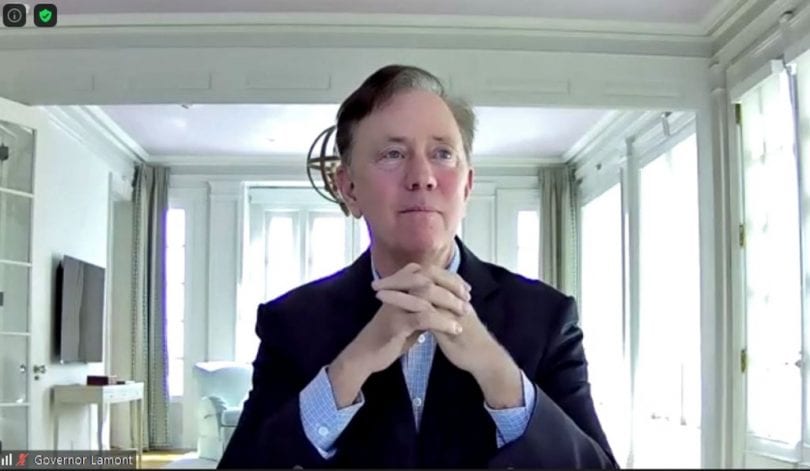 The bill proposed by Gov. Ned Lamont would allow criminal convictions related to many marijuana crimes to be expunged.

Gov. Ned Lamont sought to rally support behind his bill to end Connecticut’s prohibition on recreational cannabis which lawmakers are expected to consider during a public hearing later this week.

For almost an hour Wednesday during a virtual roundtable discussion, the governor and supporters of his proposal hailed the bill as an equitable and regulated alternative to the state’s ban on the drug. Everyone who spoke agreed the decades-long prohibition of cannabis had been a failure that had done disproportionate damage to cities and communities of color and helped to grow an illegal market.

Lamont likened the policy to the short-lived prohibition of alcohol in the early 20th century, which gave rise to an organized crime market.

“Prohibition doesn’t work. It doesn’t work,” Lamont said. “It wasn’t called the ‘Roaring 20s’ because everybody gave up alcohol.”

Marijuana prohibition has also required Connecticut’s criminal justice system to enforce a ban on a substance, which some neighboring states have looked to for tax revenue. Lamont expects his proposal to generate about $42 million in tax revenues for the state during its first two years. It also gives municipalities the option of adopting their own excise taxes on the drug.

Rev. Tommie Jackson, a pastor from Stamford, said those arrest records, sometimes for relatively minor crimes, often trouble residents throughout their lives. The bill proposed by Lamont would allow criminal convictions related to many marijuana crimes to be expunged. 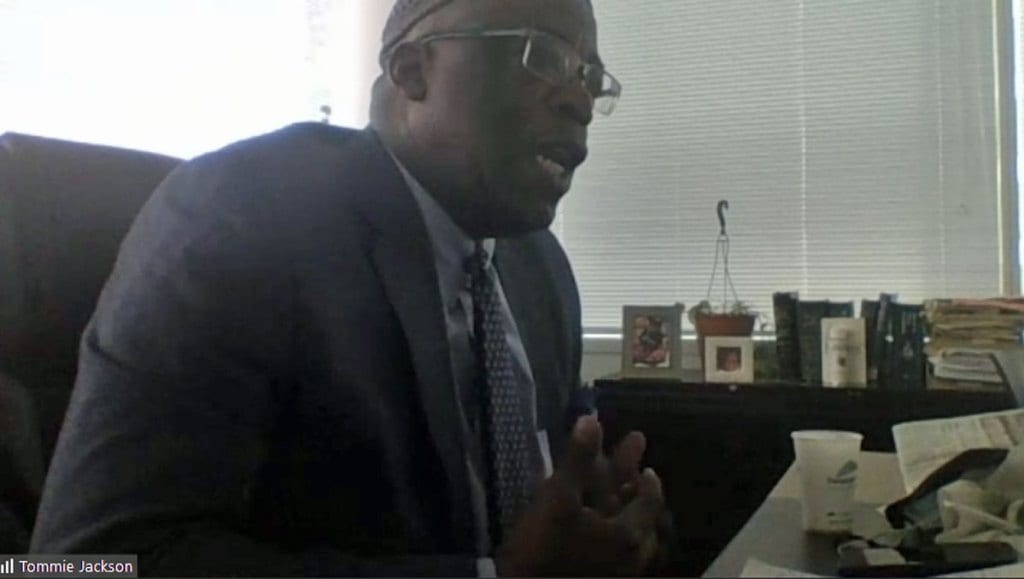 Passing the bill “is critical, it is necessary, it is imperative, it is important,” Jackson said. Marijuana charges have “haunted many of these people in their professional lives, in their ability to go out into the world of commerce and engage in an appropriate way.”

The legislature’s Judiciary Committee will hear public testimony on the bill Friday. Although it has considered legalization proposals in prior sessions, none have seen a vote on the floor of the Democratic-controled House or Senate. It remains to be seen whether lawmakers will coalesce around the governor’s bill this year.

“The difference this year is it’s got the force and weight of the governor’s office behind it. That’s something we’ve never had before and it lends a certain focus to this effort,” D’Agostino said, adding that movement on the issue in neighboring states has added pressure on the legislature to take action.

“There’s now, I think, a little bit more urgency. Everybody’s starting to realize we have to do something and if we don’t we’re just going to be impossibly left behind,” he said.

During a separate press conference, House Majority Leader Jason Rojas, D- East Hartford, said there was a lot of work left to do on the issue. He pointed to a competing proposal from Rep. Robyn Porter, co-chairwoman of the Labor Committee.

“We’ve got a couple months to figure out all those details and try to get to a policy proposal that reflects the priorities of a lot of people within the caucus, which is a complicated issue but I think we can get there,” Rojas said.

Lamont, who has generally supported the concept in the past, said he was “putting [his] shoulder to the wheel” this year.

“I hope this time is different. I think they see we’re doing this is a very thoughtful way,” he said.

You can indicate your support or opposition to HB 888, An Act Responsibly and Equitably Regulating Adult-Use Cannabis, via CTNewsJunkie.com here.