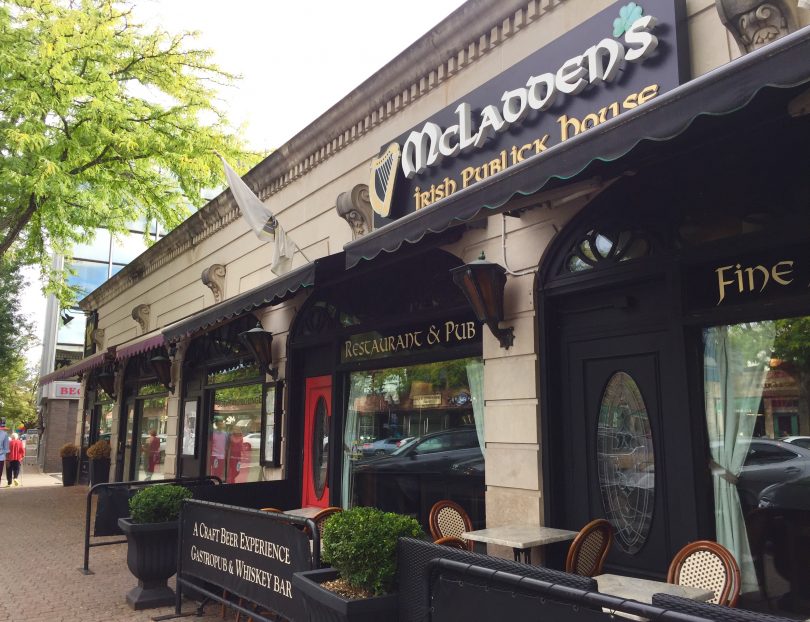 McLadden's and the former Noble on LaSalle Road in West Hartford Center have been sold to Bean Restaurant Group. Photo credit: Ronni Newton 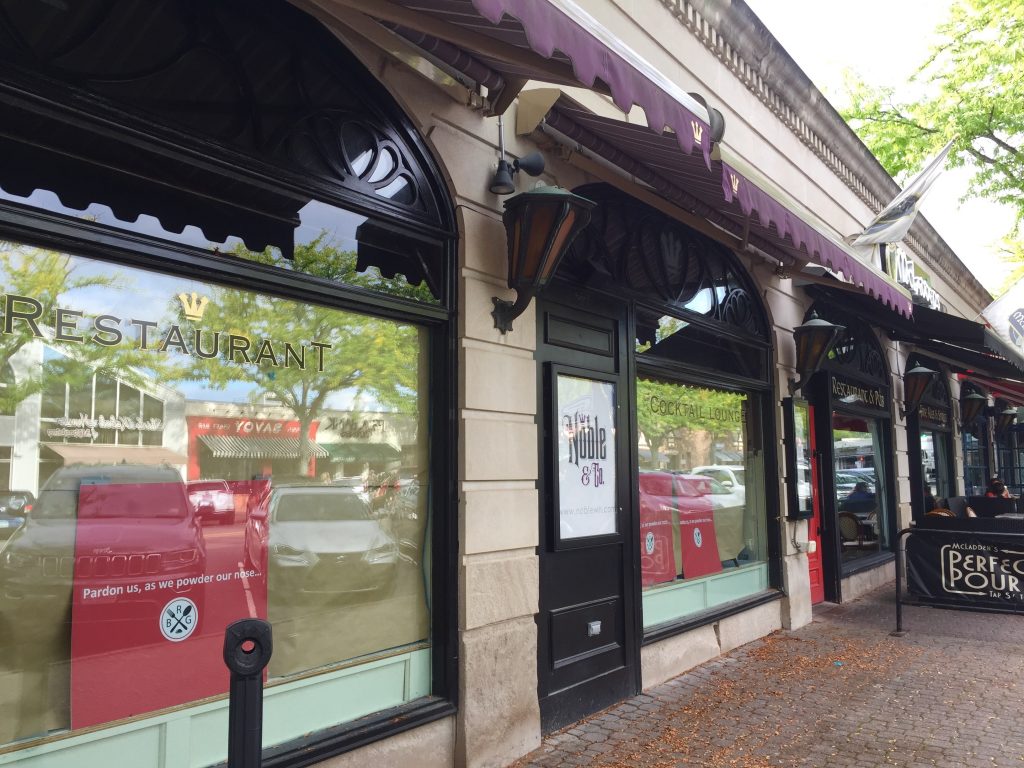 McLadden’s and the former Noble on LaSalle Road in West Hartford Center have been sold to Bean Restaurant Group. Photo credit: Ronni Newton

A major change in format will be made to one West Hartford Center restaurant, while changes to the other restaurant formerly owned by Mike Ladden will be minimal following the sale of the eateries to Bean Restaurant Group of Springfield, MA.

On Thursday, the sale of McLadden’s (37 LaSalle Rd.) and Noble & Co. (43 LaSalle Rd.), as well as the McLadden’s restaurants in Simsbury and Northamption, MA, was finalized.

The most significant changes will take place at Noble & Co., which opened in November 2016 with glamorous and ornate furnishings, a gourmet menu, and a Prohibition-era speakeasy theme. Although the shutters that initially covered the windows were eventually opened to the street and the menu transitioned to become more casual, it still gave off an elusive aura behind the “LaSalle Road Station” entryway.

Ladden said that renovations, which are currently underway, will be “light” – and in contrast to its former incarnation are intended to bring light and openness to the space. 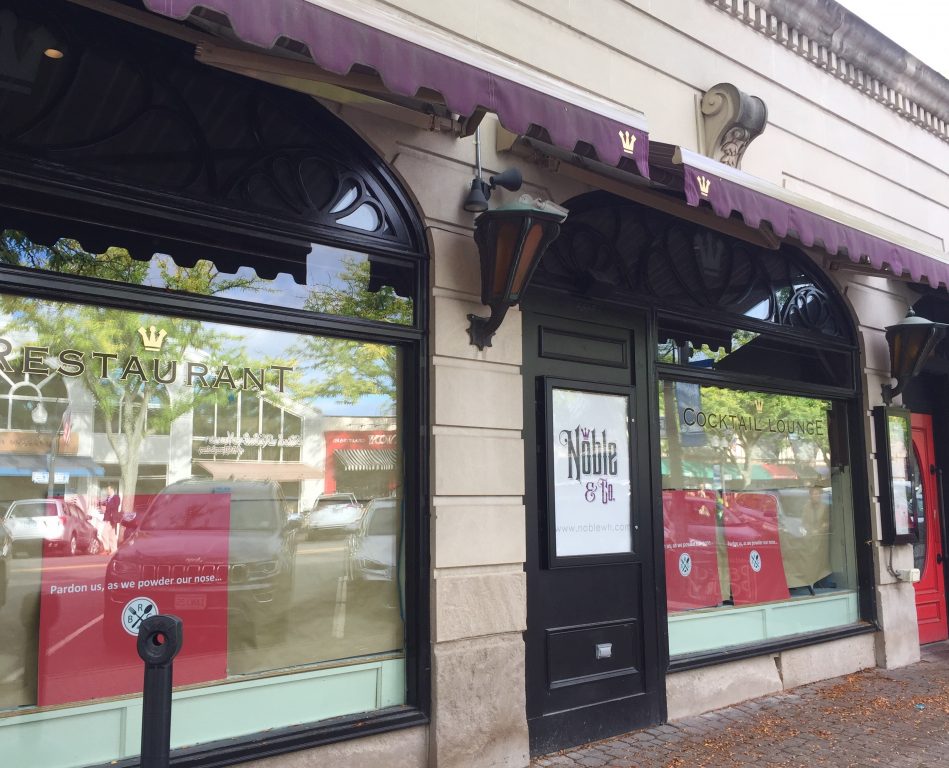 A sign in Noble’s window was posted in July when it closed to “powder its nose.” Photo credit: Ronni Newton

Noble has been closed since July, with signs on the windows indicating that the restaurant was “powdering its nose.”

A solid wall is being replaced with glass to open the kitchen area, and the existing exterior windows will be replaced with bi-fold windows that completely open up to the sidewalk like many other restaurants in West Hartford Center and Blue Back Square. In fact, passersby will be able to see all the way into the kitchen from the sidewalk, Ladden said.

The entry vestibule also be changed to glass.

“The idea behind this is to make it very open to the community, and the outside,” Ladden said.

Noble’s name is changing as well, but has not yet been finalized, said Ladden. MassLive reported that the revamped restaurant would have the word “union” in the name – a nod to Bean Restaurant Group’s headquarters in Union Station in Springfield.

The menu will be “very ‘cheffy,’ but very casual,” Ladden said. “It will be very approachable.”

The target for the reopening is October, said Ladden.

“We’re eager to start this new venture and we promise great spirits and an exceptional dining experience,” Peter Picknelly of Bean Restaurant Group said in a news release. Bean Restaurant Group owners include Picknelly, who is also the CEO of Peter Pan Bus Lines, as well as Andy Yee, Michael K. Vann, and Kevin B. Vann. 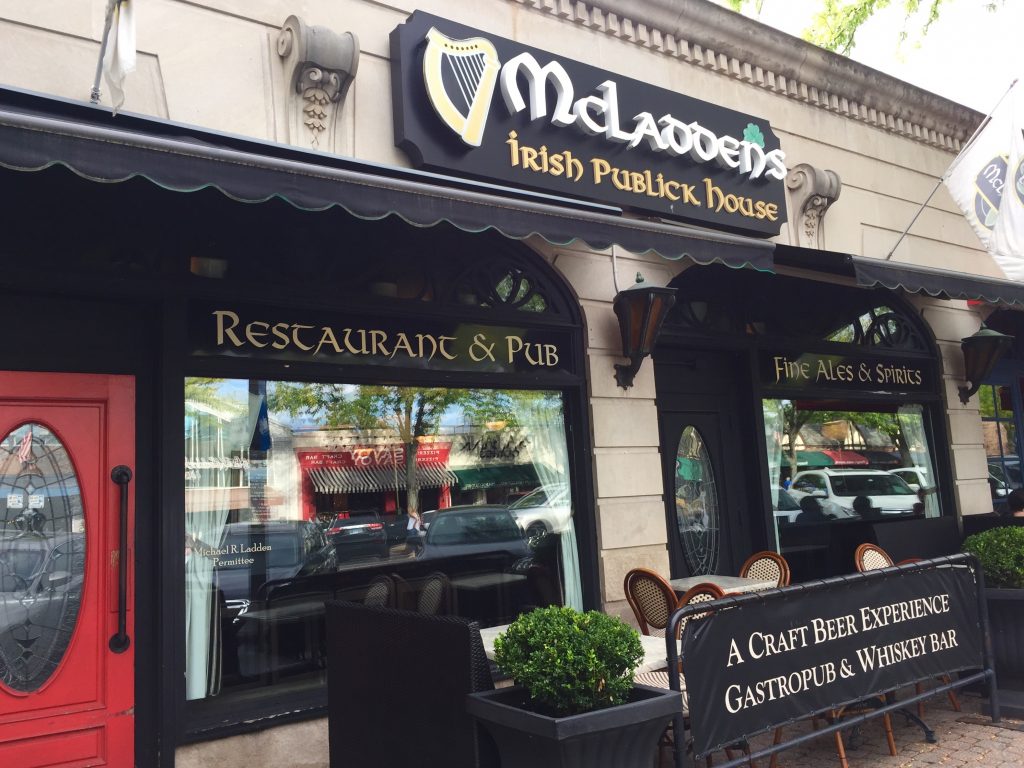 A few tweaks will be made to the menu at McLadden’s, which is now owned by Bean Restaurant Group. Photo credit: Ronni Newton

McLadden’s, located right next door in West Hartford Center, will retain its Irish pub theme and will not be getting any cosmetic changes at this time, but will have a few tweaks to the menu courtesy of Zach Shuman, who along with Bryan Graham shares executive chef duties for Bean Restaurant Group.

The new menu is already being previewed at the McLadden’s in Simsbury, Ladden said.

“McLadden’s will soon become your favorite pub with an extensive beer list and so much more. McLadden’s has more beers on tap than any other restaurant in our area,” Picknelly said.

As for Ladden, he has assumed the role of beverage director for the entire Bean Restaurant Group, which includes a total of 12 restaurants. Five venues are in South Hadley, MA: Johnny’s Bar & Grille, Johnny’s Tap Room, IYA Sushi & Noodle Kitchen, the Half Way House and The Boathouse. Bean Restaurant Group also owns Johnny’s Tavern in Amherst, MA; Johnny’s Roadside Diner in Hadley, MA, and The Student Prince/Fort in Springfield.

Ladden is also assisting his wife, Carrie Touchette Ladden, who is opening a CycleBar franchise location in West Hartford’s Blue Back Square.

“I’m very excited about the merger and going forward,” Ladden said. “It’s a great opportunity for our employees, and to grow the McLadden’s and Bean Restaurant Group brand.

“We are extremely excited to take on this incredible project and we’re anxious to get started,” Yee said in the announcement.