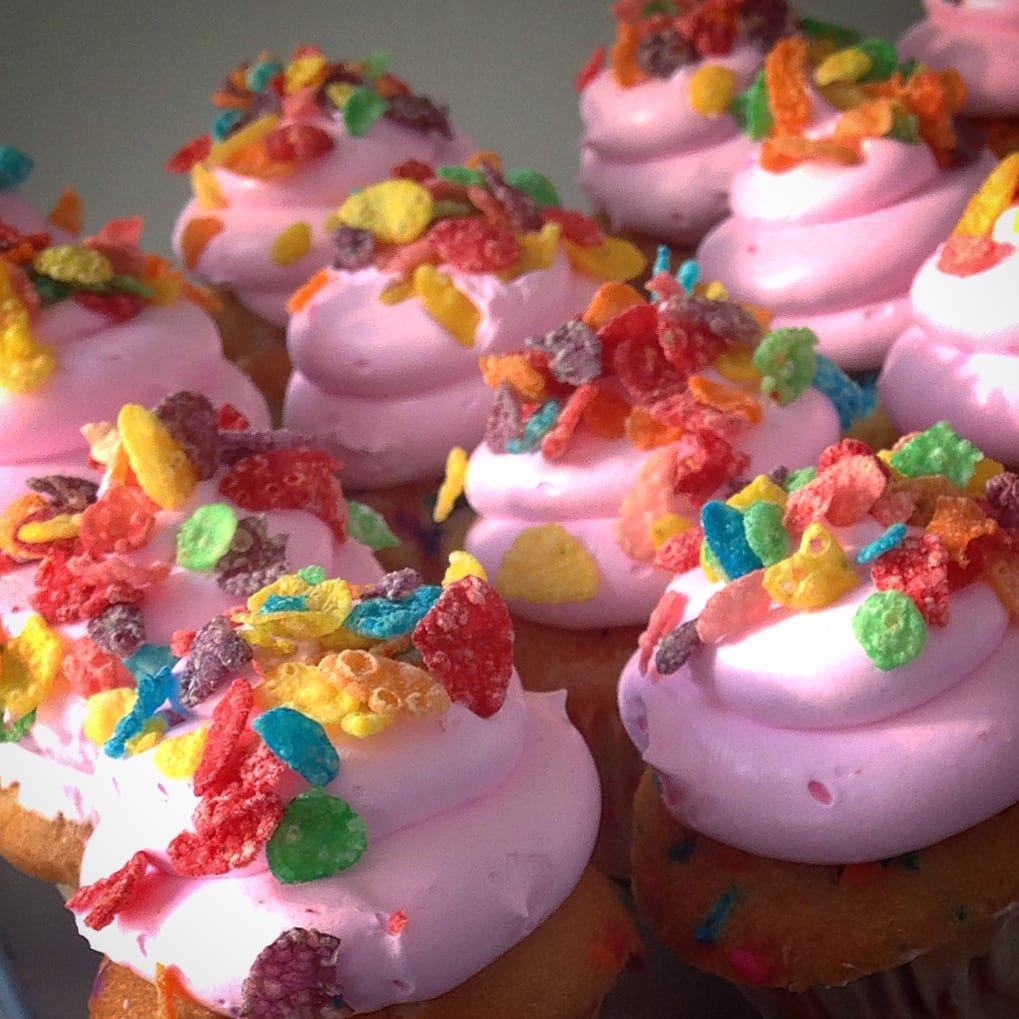 NoRA Cupcake Company officially confirmed Friday that it will open its second location in West Hartford’s Blue Back Square. 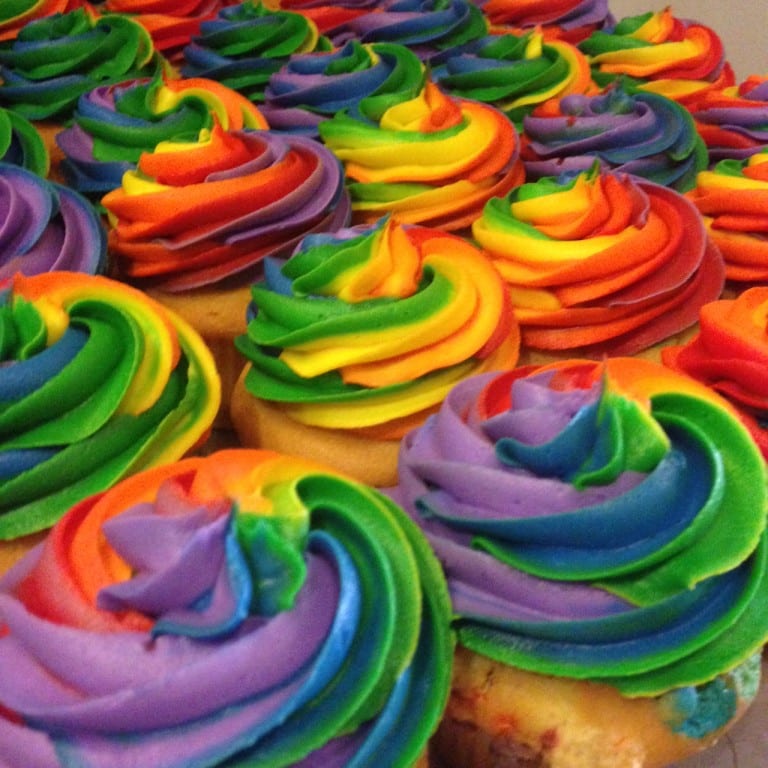 West Hartford residents who have a sudden craving for an Irish Car Bomb, a Pretty in Pink, a Candy Explosion, or a Fruity Pebble no longer need to leave town. 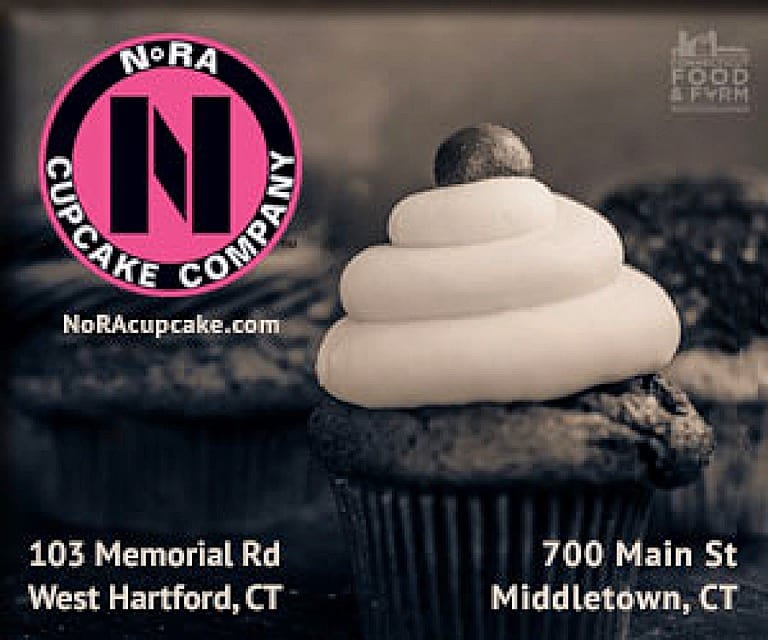 NoRA Cupcake Company, the four-year-old Middletown business that has built a reputation on being “definitely NOT your mother’s cupcake company,” will open its second location this November in Blue Back Square.

“I’ve always loved West Hartford myself,” said NoRA owner Carrie Carella, who enjoys coming to West Hartford to shop and eat. Representatives from Blue Back Square approached her about opening a holiday pop-up this year, but she decided to do more than that.

“When I saw the space and the location, and the space was so perfect, I asked if they would be interested in a longer relationship,” Carella said. The initial plan is for a one-year lease, and Carella said she would consider a longer-term arrangement if all goes well.

“We search for the right retailers that are a good fit and we know NoRA Cupcake Company is the perfect fit for Blue Back Square,” Blue Back Square Marketing Director Elizabeth Zigmont said. Zigmont said it will be a perfect addition and Blue Back is really excited about the opening of the unique bakery. 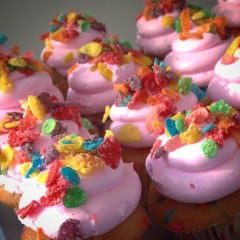 “There’s not anything like us in the area,” Carella said. “We tailor to a lot of dietary concerns. We’re unique, eclectic, out-of-the-box,” she said of her creations. NoRA has been doing wholesale business in West Hartford for several years, and many residents have had plenty of opportunity to sample – and now crave – the bakery’s distinctive treats.

Carella said she expects the hours to dovetail well with the area restaurants. “I think we will get the after-dinner crowd stopping in for a cupcake and cup of coffee,” she said. 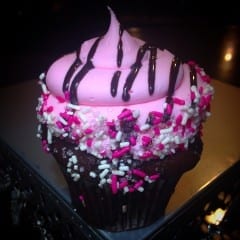 A coffee shop has been missing from Blue Back Square since It’s a Grind closed several years ago, and Carella said that she will be offering Happy Life “sustainable lifestyle” coffee from New Haven, and has plans to get an espresso machine so the store can sell the full complement of coffee drinks.

The 103 Memorial Rd. space (former Engel & Volkers) isn’t currently zoned as a restaurant, and Carella said that for now there will not be any baking done on site. “If we stay longer, we would love to be able to bake there as well,” she said.

But customers should not be concerned about freshness. “Our products will always be fresh and consistent. We already deliver constantly to wholesale customers in the area and we never not bake,” Carella said.

For anyone not familiar with NoRA cupcakes, there are at about 300 different varieties to learn about – some signature, some seasonal. Right now, since it’s Breast Cancer Awareness month, “Pretty in Pink” is a top seller, Carella said, and she’s thinking of keeping it on the menu. Irish Car Bomb (Chocolate Guinness cake, Jameson dark chocolate ganache, Bailey’s cream cheese frosting with a malt ball) has become a signature cupcake and one of the most popular offerings.

Carella said she likes to incorporate local beers and spirits into the cupcakes. “It’s more fun to cook with beer,” she said.

Carella used to do all of the baking herself, but now has 25 employees. She expects to employ six in the West Hartford store, moving some over from Middletown to get it started. The NoRA Cupcake Truck driver will manage the store. “We’re hiring, too!” she said.

The opening date has not yet been set but Carella is confident it will happen before Thanksgiving.

She’s been pleased at how quickly everything has been happening and how cooperative those involved in the process have been. “Everyone in town has been so helpful and very clear in communicating with me. It gives me hope that this can be a longer relationship.” Carella said.

“NoRA Cupcake Co. has such a huge following so we are happy to give them another option here in West Hartford. We can’t wait for them to open!” Zigmont said.