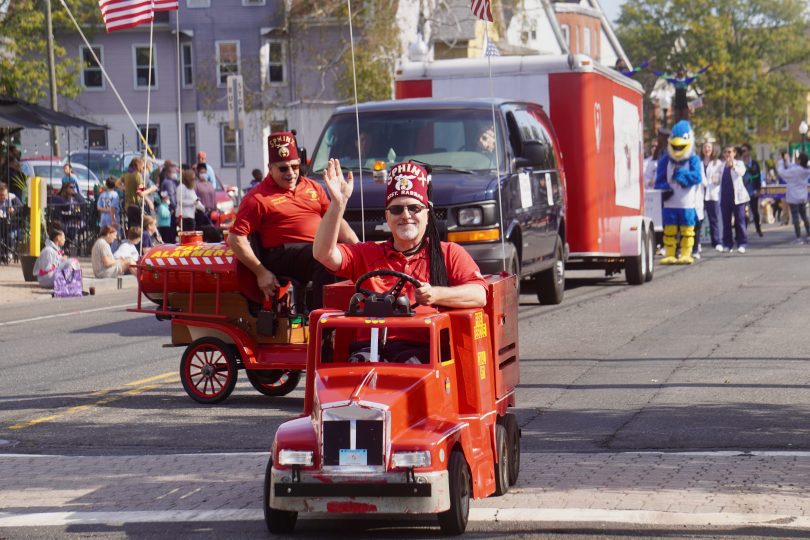 Expected rain throughout the day on Saturday, Oct. 1, 2022, has led to the decision to cancel West Hartford’s Park Road Parade this year.

With steady rain expected throughout Saturday morning and into the afternoon, organizers of the Pard Road Parade made the decision Friday to cancel the event for 2022.

“Due to the high probability of rain that is expected tomorrow morning, the Park Road Parade is canceled. Please save October 7, 2023 and plan to join us next year,” West Hartford Public Relations Specialist Renée McCue said in an email.

Due to the resources required required from the West Hartford Police Department and other organizations that collaborate to make the parade possible, it’s not possible to postpone the event so cancellation is the only option. Floats, costumes, and musical instruments are not waterproof – and few people would want to come out and watch – so holding the parade in the rain is not an option either.

This year’s parade was being dedicated to Rob Rowlson, the town’s former Director of Community Services who passed away in July at the age of 73. Rowlson was a major force in the revitalization of the Park Road area – and the Park Road Parade, which began in 1998 to bring the businesses and residents together in celebration of a two-year road reconstruction and neighborhood beautification project and soon became an annual event.

Rowlson will be honored in 2023, said Tracy Flater, executive director of Playhouse on Park, co-president of the Park Road Association, and a parade organizer. “We will honor Rob next year everything about the parade will be the same if not better,” she said.

Radio and TV personality Renée DiNino – who is known for her advocacy of animal- and hunger-related organizations – had been named grand marshal of this years’s parade, which was also going to highlight those causes and provide donation opportunities.

Donations to Connecticut Foodshare, one of the charities for which collections were planned, can still be made online through this link.

The “GO the Extra Mile” run which was to have preceded the parade has also been canceled because the road will not be closed down to traffic for the parade during that time. Emails were sent to those who had already registered for the race, and they have the option of obtaining a refund, donating the registration fee to the Park Road Parade, or receiving a $20 voucher to one of the run sponsors – J.Rene Coffee Roasters or AC Petersen Farms. Vouchers will be available beginning Saturday at Fleet Feet Sports on Farmington Avenue.