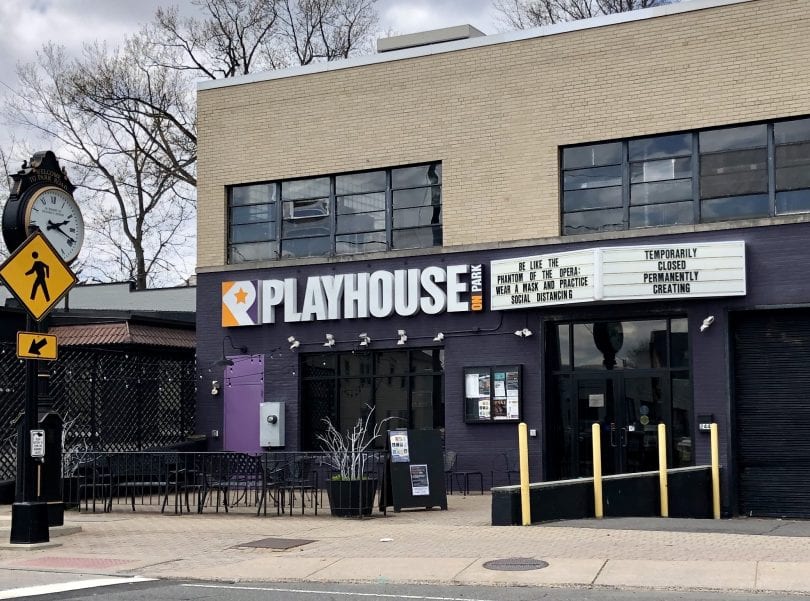 A sign on the marquee at Playhouse on Park when the COVID-19 pandemic shut down normal operations states that they may be closed but are "permanently creating." Photo credit: Ronni Newton (file photo from April 2020)

Broadway’s lights are coming back on with shows resuming this fall, but in West Hartford certain performances are being planned for the summer. 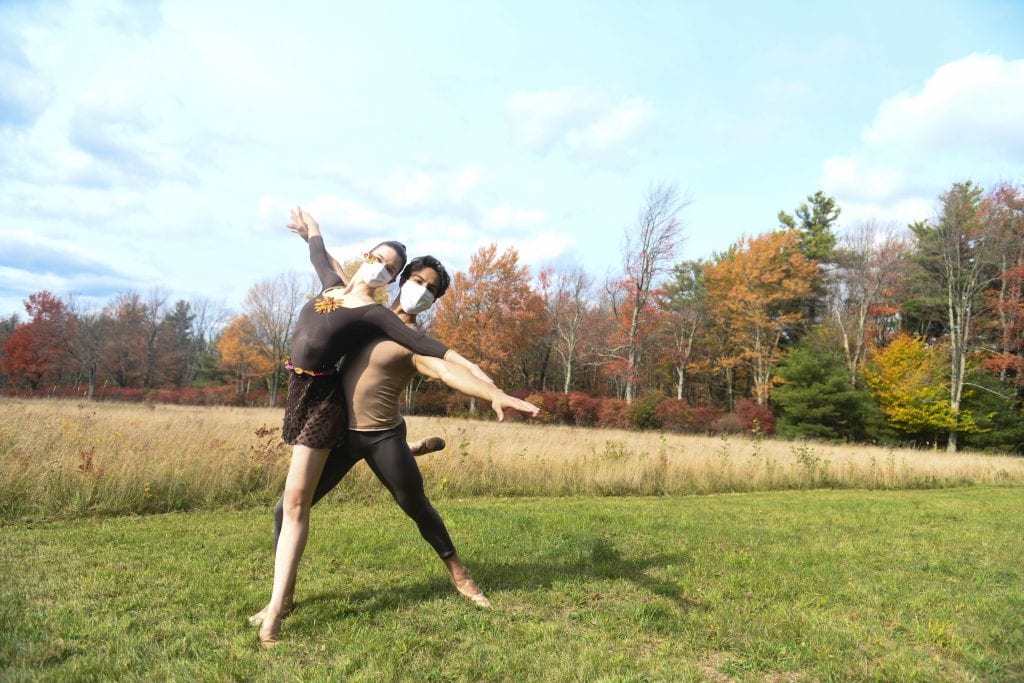 As coronavirus restrictions drop, theaters across West Hartford are looking forward to the curtain rising on their performances this summer.

The performing and fine arts took the heaviest hits of all creative industries at the height of the pandemic, with losses estimated to be around 1.4 million jobs and $42.5 billion in sales.

West Hartford theaters were not exempt from the difficulty of navigating the pandemic. Many closed last March and waited for the coronavirus to pass, relying meanwhile on donations and revenue from virtual programming.

But now with Connecticut touting high vaccination rates and lifting restrictions, local theaters and other performing groups are hopeful that the next few months will look more normal, and they’re planning for it. 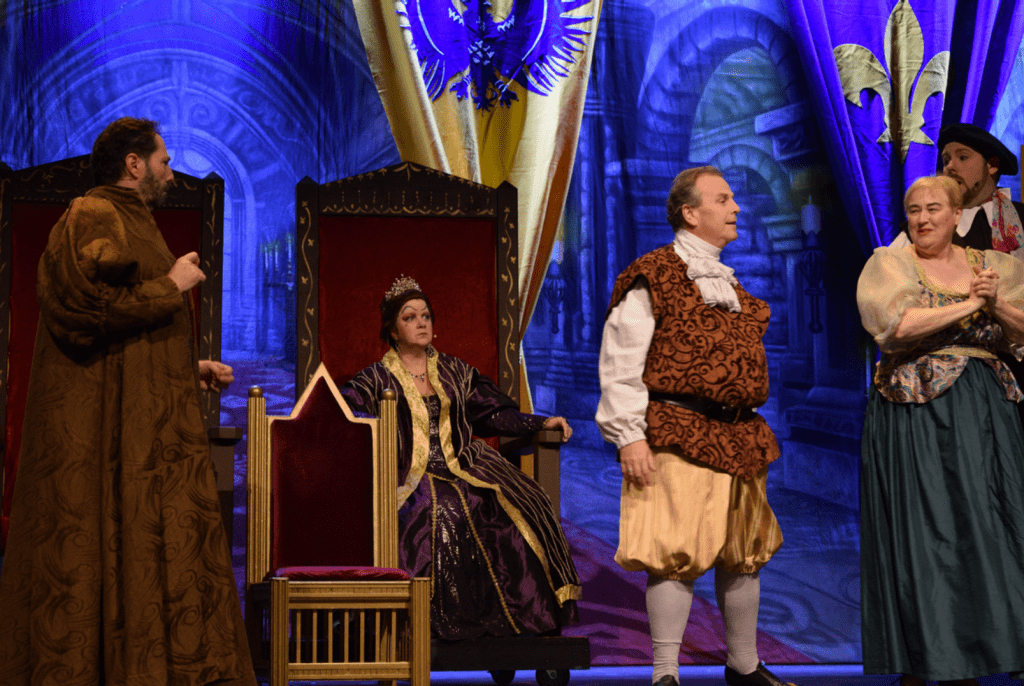 A previous West Hartford Community Theater performance of “Once Upon a Mattress.” Courtesy photo

The West Hartford Community Theater will revive its one-act plays in September. Since the theater thrives on doing small shows with small casts and audiences, Co-president Marybeth Lavelle said that the performances will keep safety in mind. But it’s up to theatergoers to decide whether they’d feel comfortable returning, she added.

“It really depends on the general public and how they feel about being in a closed space,” Lavelle said.

The pandemic also let the West Hartford Community Theater get creative with virtual workshops. Some were even offered for free to give patrons a break, even if that meant the theater didn’t make money.

“We can’t keep doing this stuff for nothing. But we thought that during the pandemic, it would be really nice to let people do it for nothing for a little while,” Szymanski said.

The Ballet Theatre Company on Jefferson Avenue pivoted all pillars of its program to digital programs last year, Artistic and Managing Director Stephanie Dattellas said. Performances were live-streamed to audiences and pointe students were given portable dance floors to practice at home. 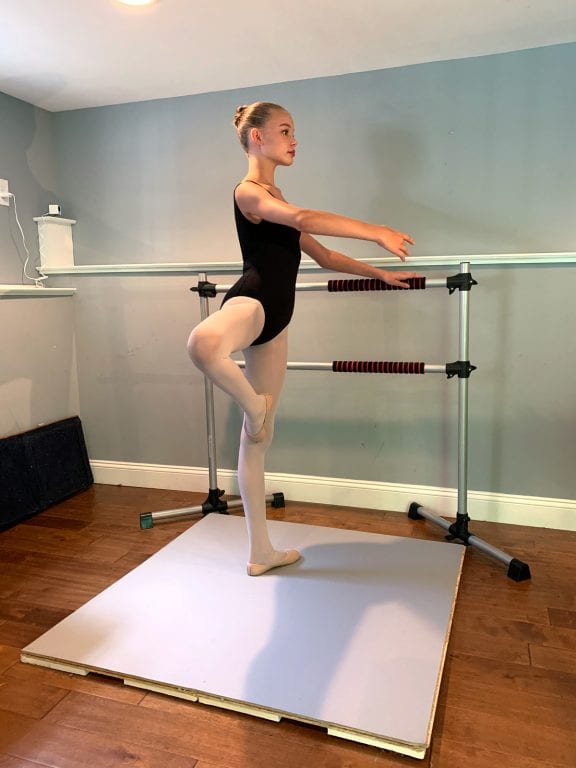 A BTC student practicing on 4×4 sprung marley floor square piece that the company created for advanced students so they could train safely at home for their pointe technique. Courtesy photo

The BTC rents auditoriums at Connecticut universities for performances, so the program needs to wait for the institutions’ guidelines, though Dattellas said the plan is for the annual “The Nutcracker” performance to be in-person in 2021. Last year, dancers performed in a “snow globe” at the Hill-Stead Museum in Farmington.

But the most exciting adaptation to COVID-19, Dattellas said, is that the BTC is producing a digital full-length, live-action ballet performance of “Snow White.” Dancers were filmed across locations in Connecticut like the Old New-Gate Prison and Copper Mine in East Granby. Screenings are slated for June 11 and 12.

“It’s a totally different way of producing art,” Dattellas said. “Dance for film is different than film for dance. It definitely was a reaction to COVID.”

Playhouse on Park’s calendar is packed for the summer, including performances at the annual Connecticut Shakespeare Festival, fairytale-theme activities at Auerfarm in Bloomfield, and outdoor in-person partnerships with locations like Bushnell Park and Auerfarm.

Playhouse Executive Director Tracy Flater said that the theater will continue online programming and that being able to stream plays has exposed the theater to new audiences, but it still doesn’t make up for what in-person performances bring.

“We’re proud of the work we’ve done, but it’s definitely not a sustainable model for us for the long-term,” Flater said, adding that Playhouse hopes to be back performing inside in September.

Schools are also glad to be performing again as well. At Conard High, Drama Director Corinne Kravetz said that the original “The Chieftain Project” production was held with a limited audience of 100 and socially distanced with masks.

“Despite those restrictions, we are very happy that we are able to perform live for an audience,” Kravetz said.

Andrew Mayo, the Supervisor of the Department of Fine and Performing Arts for West Hartford Public Schools, said that it’s uncertain what the fall will look like for students. However, he said that the high schools’ recent outdoor spring concerts at the Simsbury Meadows Performing Arts Center were a success.

“It was really heartwarming to have the kids perform again and be in front of a live audience again after 16 months. You could sense an air of relief and joy that we were making music again,” Mayo said.

Schools are following state Department of Education guidelines. Mayo said that they have been a “moving target,” but that he hopes the remaining rules will be removed because Connecticut has been on-point with vaccination, especially for the kids’ sakes.

“We’re hoping that’s a trend that’ll continue through the summer, at which point we hope they’ll remove the [restrictions],” he said.

Regardless of restrictions falling, however, the greatest question is if people will want to return to see indoor performances or if the coronavirus has changed the way audiences feel about cluttered spaces like auditoriums.

Back at Playhouse on Park, Flater said that their indoor theater won’t reopen if they’ll be mandated to socially distance, as it’s not financially feasible. The theater has been closed since last March and the rest of 2021 is uncertain.

“It’s hard to plan if you don’t know if audiences will come back. That’s our biggest concern for the future,” Flater said.