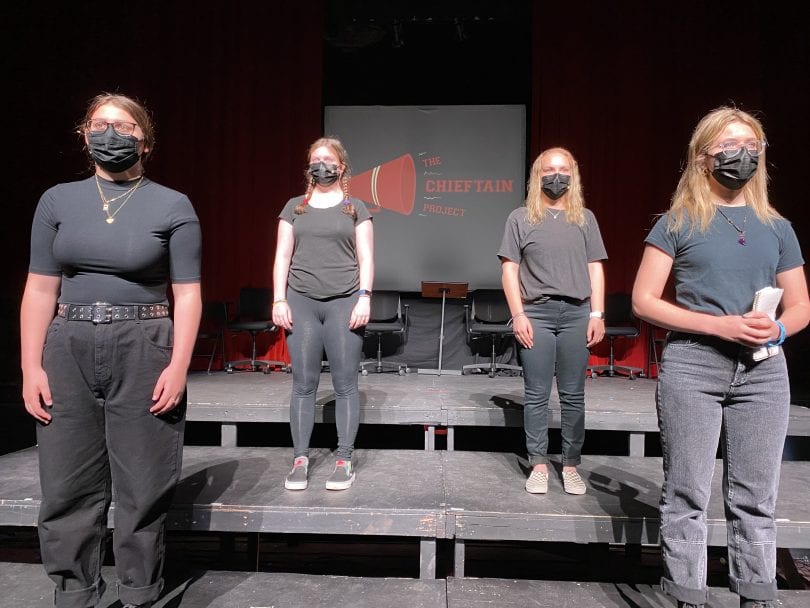 West Hartford’s Conard High School Drama Club has taken a topic that sparked a very emotional debate – Conard’s Native American imagery – and transformed it into a non-fiction play that is being performed this weekend. 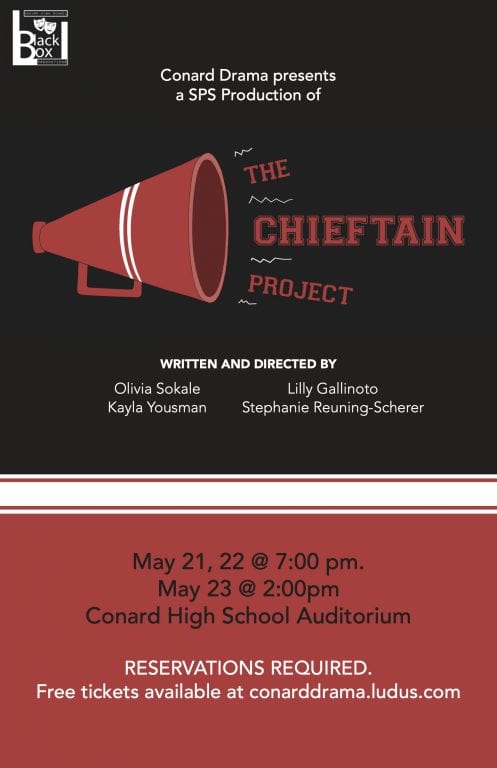 A unique project that has been in the works for more than a year has come to fruition in the form of non-fiction play – written and directed by a group of Conard High School students – that is being performed in person this Friday, Saturday, and Sunday.

The Chieftain Project chronicles the events surrounding the changing of Conard’s mascot and logo – an emotional debate that had percolated for years but came to a head during the 2014-2015 school year, and culminated with the West Hartford Board of Education deciding in March 2015 that the school could retain the Chieftain nickname but had to eliminate any Native American imagery. As part of the Board’s decision, West Hartford’s Hall High School could also retain the “Warrior” nickname but eliminate any Native American imagery as well.

Just before the 2015-2016 academic year began, Conard’s new logo, created by a committee of students, teachers, administrators, and members of the PTO, was introduced.

The mascot discussion sparked passion, hours of hearings, input from several Native American tribes, and countless letters to the editor, but the impetus for turning the mascot change into a play began in Conard’s advanced Specialized Performance Study class in early 2020, drama teacher Corinne Kravetz said.

“We were studying a play development technique called Moment Work, which originated with The Tectonic Theatre Company of NYC, the group that wrote The Laramie Project. We had one of the original cast members of Laramie Project, Amanda Gronich, come in and do a full day workshop with us to learn more about Moment Work and writing nonfiction plays,” she said.

The goal of the workshop, which was held in February 2020, was to help students write a non-fiction play, and Kravetz said they chose the debate and decision to alter the Conard imagery because it was part of the school’s history.

Students immediately immersed themselves in the project by writing a mission statement, setting up interviews, and doing research, but then the pandemic hit. Although students continued to work on the project to the extent they could while attending distance learning, eight of the class members graduated in 2020. 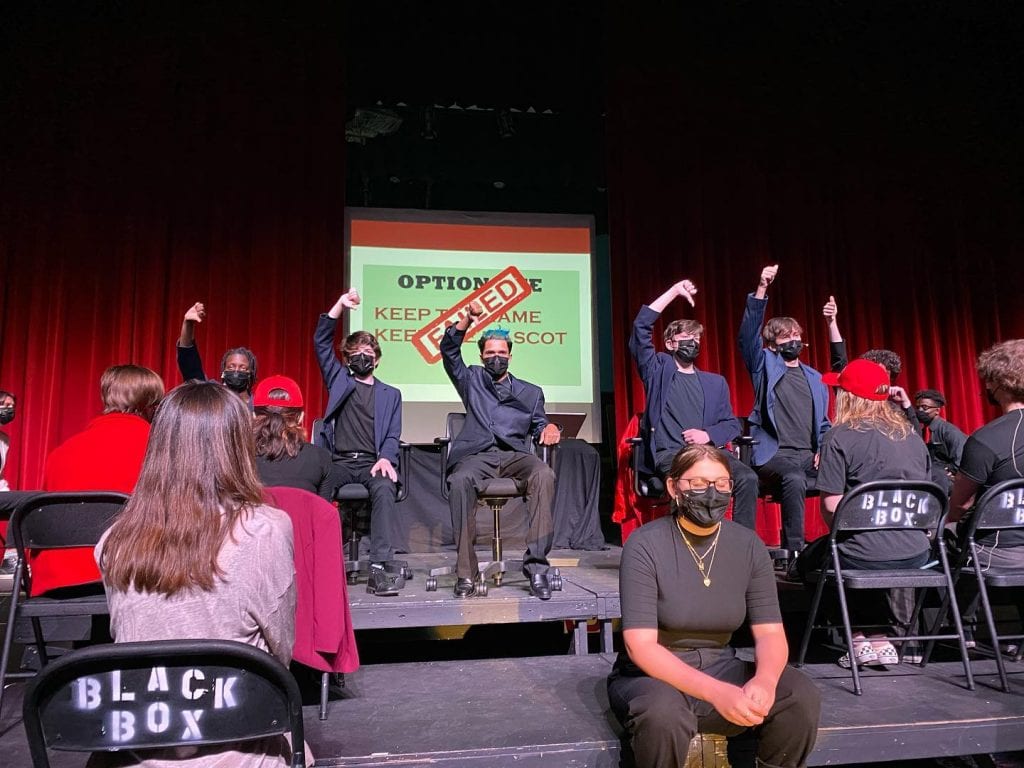 The four from the Specialized Performance Study class who remained – Lilly Gallinoto, Olivia Sokale, Stephanie Reuning-Scherer, and Kayla Yousman – decided to continue, meeting online throughout the summer, and conducting and transcribing hundreds of hours of interviews.

In total, the students interviewed more than 40 people. The questions they asked are attached as a PDF below.

Conard Principal Julio Duarte, coaches Matt Cersosimo and Bill Condon, retired teacher Dr. Tracey Wilson, Superintendent of Schools Tom Moore and those who were members of the Board of Education at the time were among those interviewed. Former Conard students who were directly involved in the discussions – Brian Wilson, Rachel Yousman, and Joe Duva – were also interviewed. Many of their statements became part of the script, and many became characters in the play (see program attached as a PDF below). 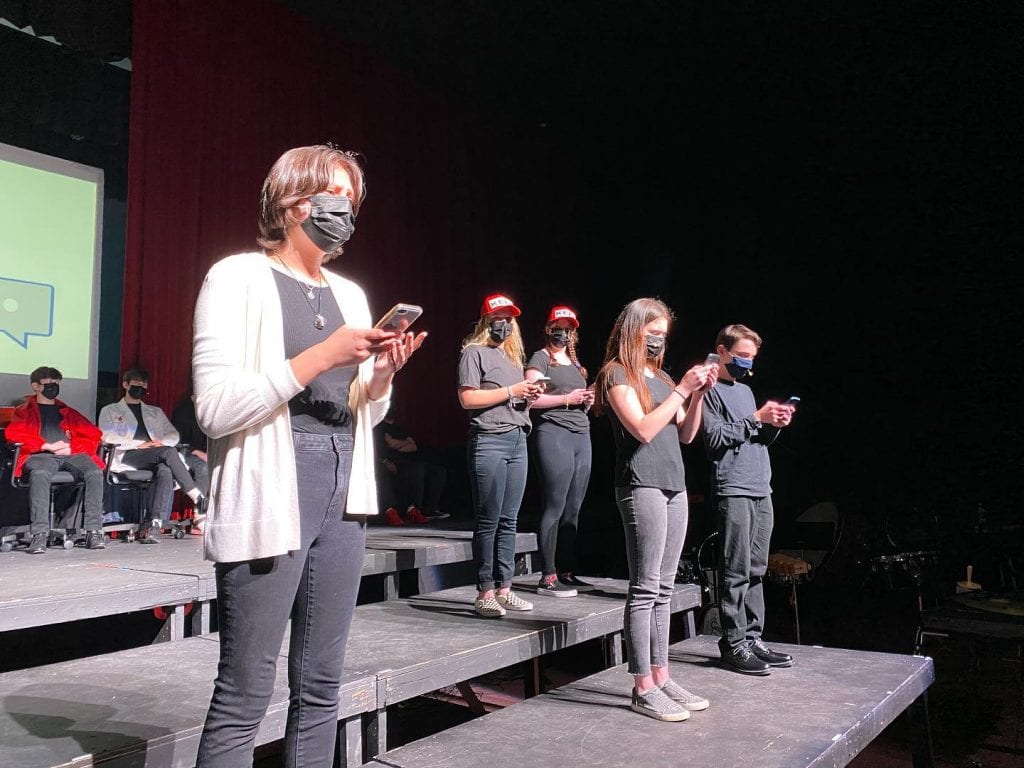 “When fall came, the students worked to weed through all of the interviews and developed what would eventually be the plot of the play. They wrote draft after draft, edited, changed and worked many hours outside of class on this project,” Kravetz said.

“Over a year after the project’s inception, the students had a completed script. In April 2021, they auditioned, cast the play, and began rehearsals. This is the most advanced, and demanding project I have ever worked on with high school students. This group of four students demonstrated commitment, follow through, and wisdom beyond their years. They are such amazing leaders.”

We-Ha.com asked the four students who wrote and directed “The Chieftain Project” to respond to a series of questions about the play. Their responses are below.

“As we were telling a fact based, unbiased story, there were no alternative views, but there were both sides of the story,” the students said. Their mission statement, formulated in February 2020, was: “We, the students of the Specialized Performance Study (SPS) acting class, seek to gather information in order to create a nonfiction play which, in a fair and objective way, will chronicle the events surrounding the changing of the Conard High School Chieftain mascot. We will tell the story with equal representation of the parties involved. We hope this project will encourage respectful and valuable discussion.”

Q: Were you surprised at the responses?

A: We were pleased that people were so honest with us. We were happy to see how much people loved our town and our school, and  that they went to such lengths and were so passionate about their views that they would talk to us about this five years later. We learned so much about what goes on behind the scenes, especially with the Board of Education. We learned a lot of information that was not public back then, but five years later, people were willing to talk about this.

Q: Was there an agenda for the project (trying to prove a point or effect change)?

A: We were interested in having people know the story, but more importantly we wanted our audiences to see the humanity of both sides.

Q: Have views of the Chieftain mascot changed over the past few years?

A: We saw that people are still passionate about this topic. Some have changed their opinions and have moved to a more central viewpoint.

Q: Have your views changed as a result of The Chieftain Project?

A: This project has made us really understand humans. We were forced to put aside our personal views. Our opinions don’t matter in this story, what mattered was telling the story. Our love for our town definitely increased because we were able to understand the people here and better understand personal relationships. 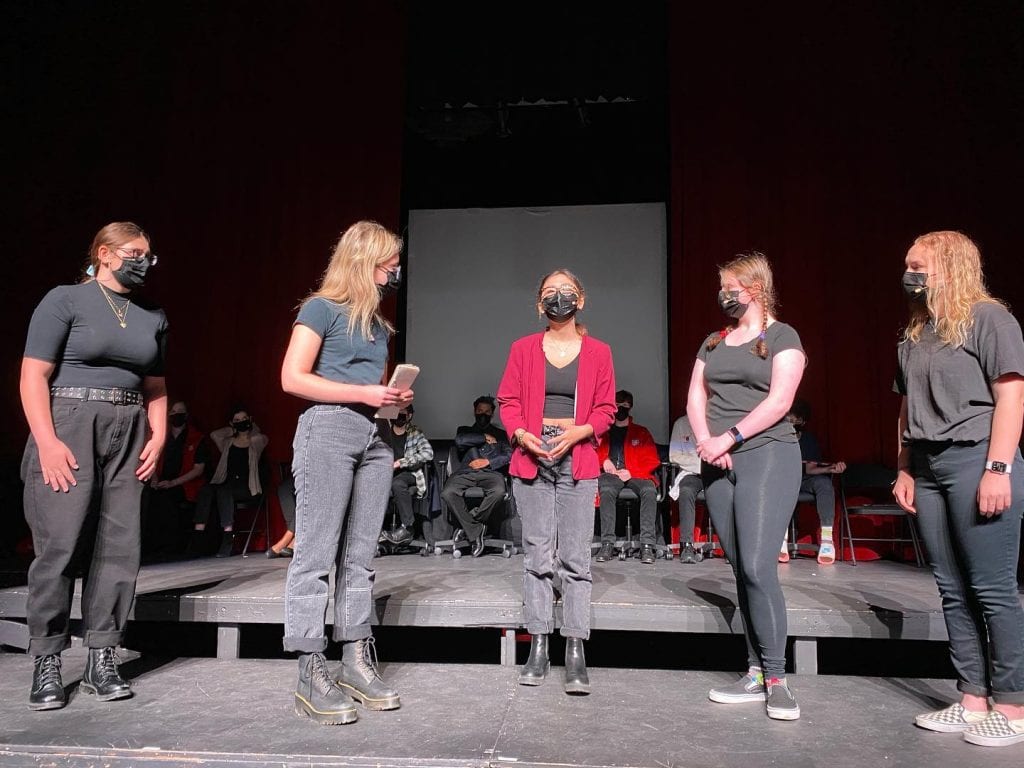 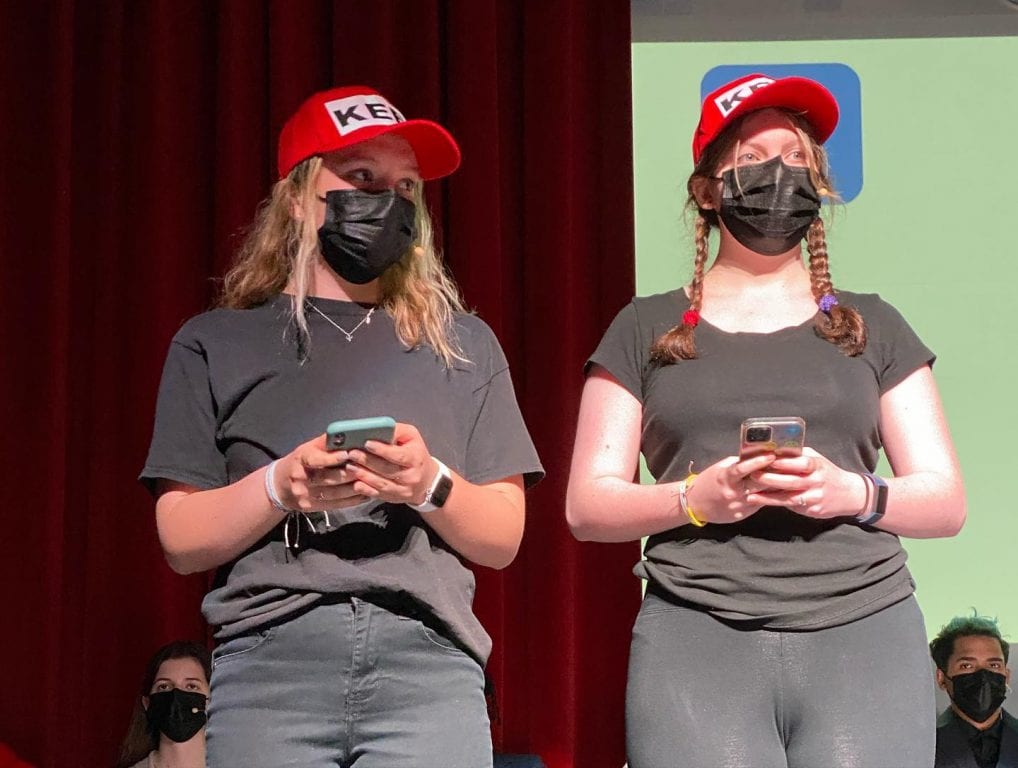 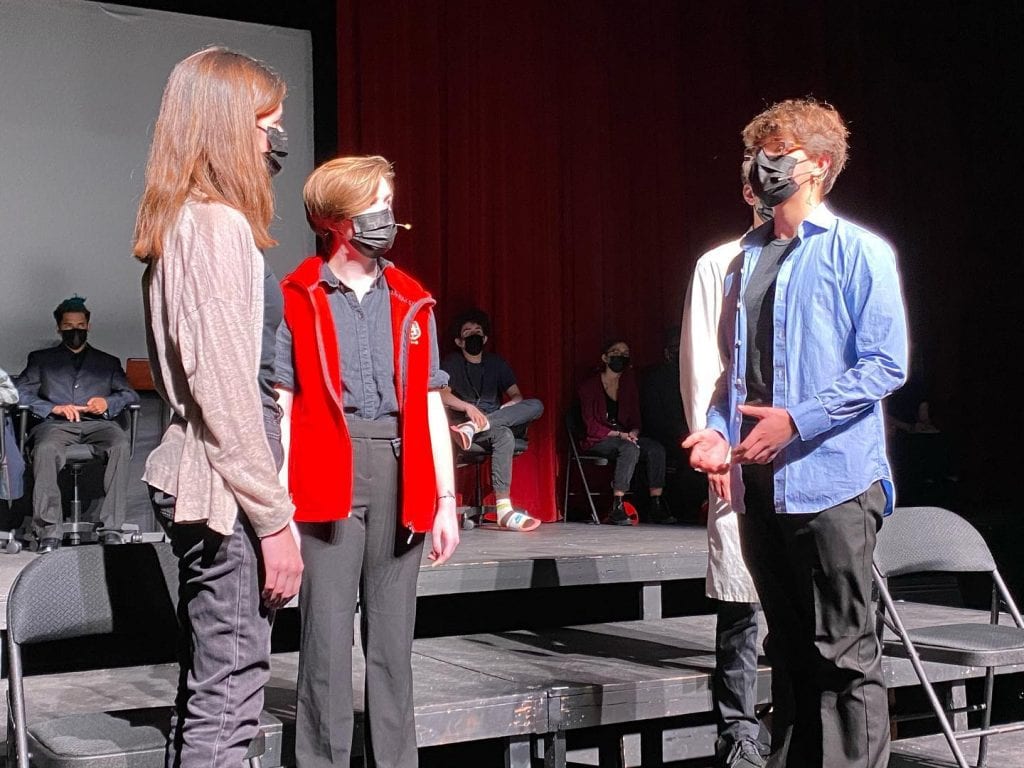 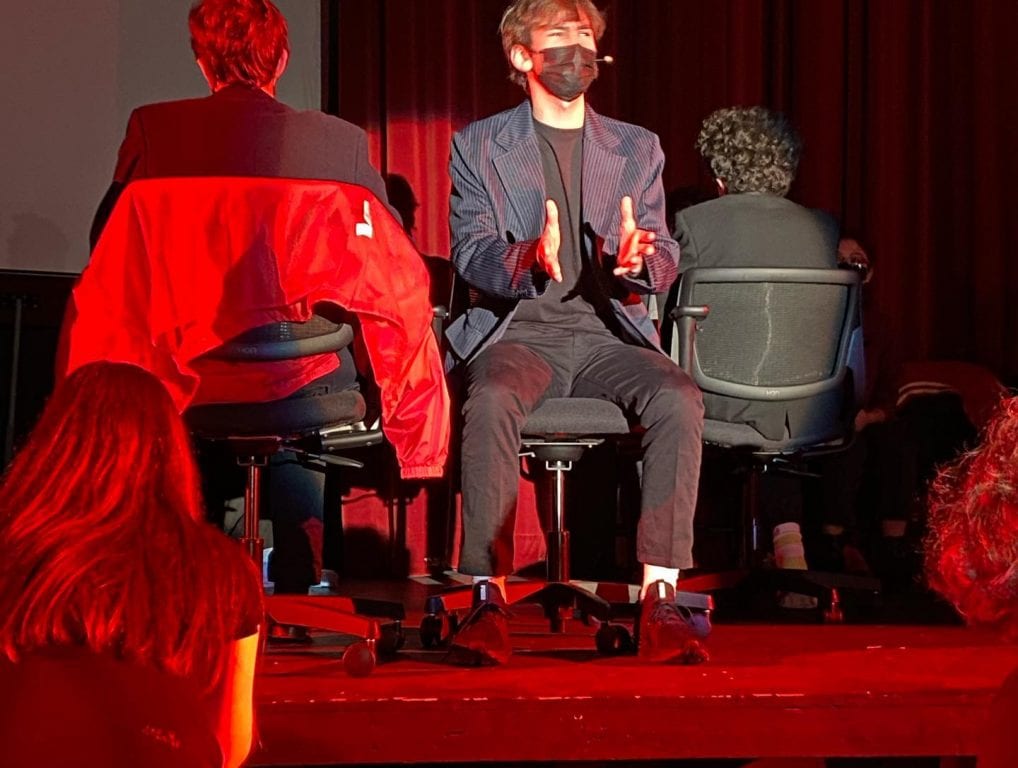 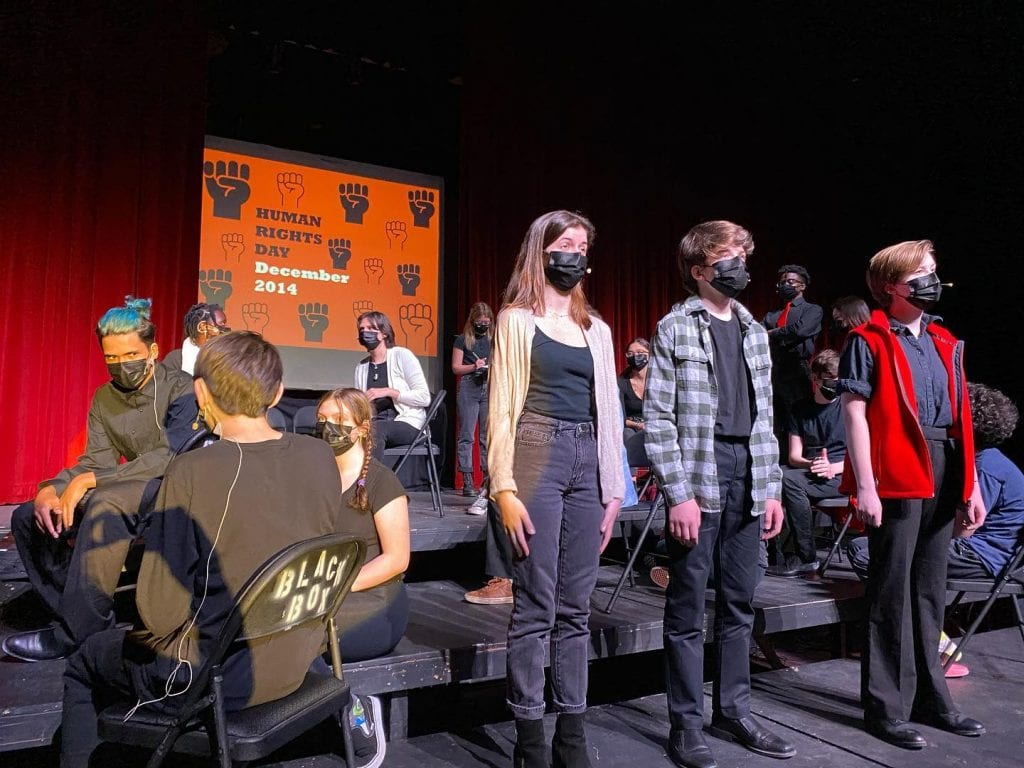 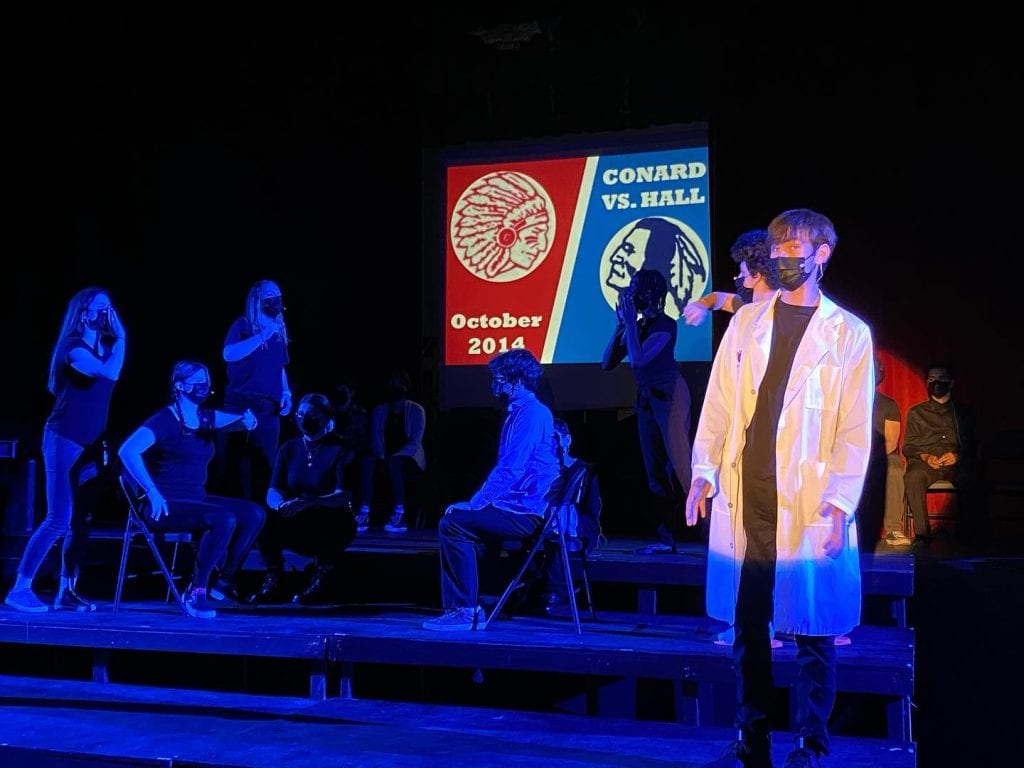 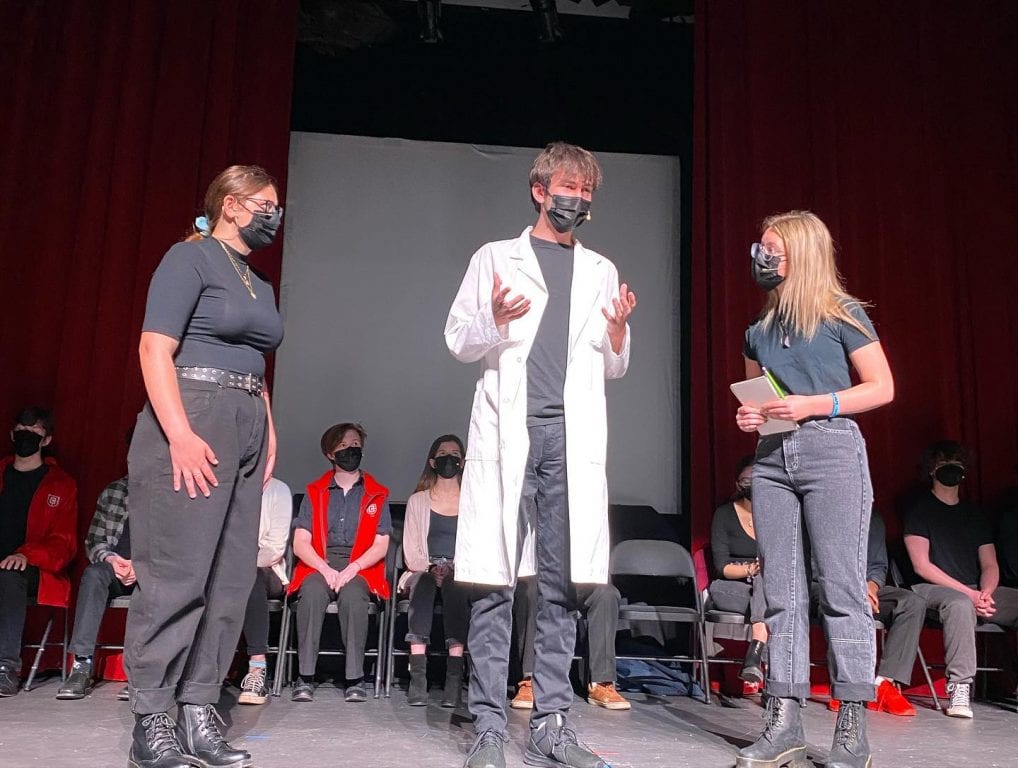