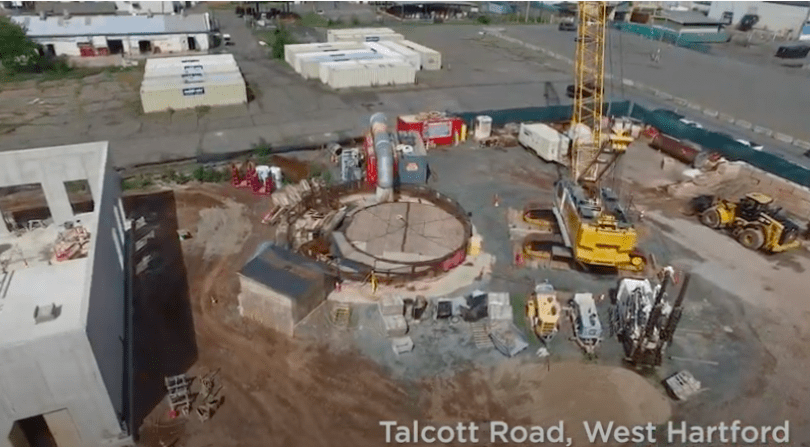 Construction on the South Hartford Conveyance and Tunnel project began in 2018, and the boring machine is more than halfway to West Hartford. 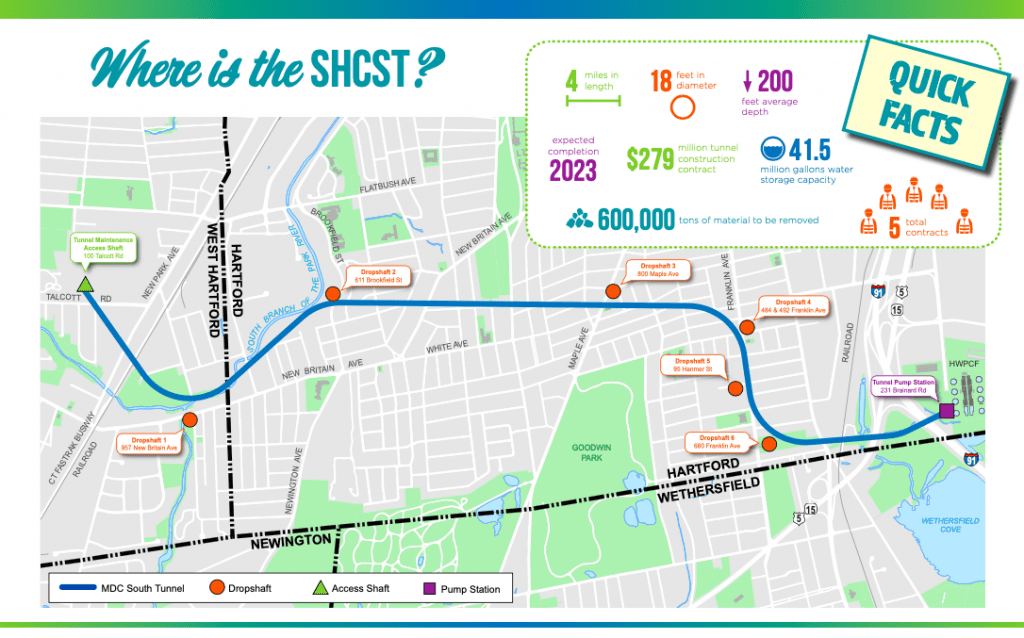 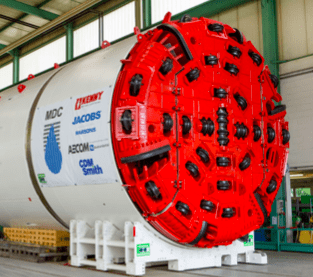 Iris, the boring machine being used to create an 18-foot, 4-mile long tunnel from Hartford to West Hartford. Courtesy of MDC

Work is continuing on the the Metropolitan District Commission’s (MDC) South Hartford Conveyance and Tunnel project – a component of the Clean Water Project that is designed to store wastewater and stormwater to alleviate sewage overflows into local waterways.

In the video below, designed to highlight some of the work taking place in West Hartford, MDC’s Director of Engineering Susan Negrelli provides an update of the progress of “Iris,” the boring machine that has thus far traveled about 11,000 feet – more than half the distance of what will ultimately be a 4-mile journey from Hartford to West Hartford. According to Negrelli, about 9,000 feet remain to be excavated.

Ultimately, about 600,000 tons of material will be removed, according to the MDC.

The 218-foot deep, 36-foot wide retrieval shaft – located on Talcott Road in West Hartford – is where Iris will eventually be removed and terminate a journey that Iris began in the South Meadows of Hartford in the summer of  2018.

The $279 million tunnel construction project is due to be completed in its entirety in 2023, MDC Communications Administrator Nick Salemi said.

The conveyance tunnel, which is 18 feet wide, is designed to store about 41.5 million gallons of water. Air vents have been created along the tunnel’s route, to release odors.

Another element of the project taking place in West Hartford is shown in the video. A new 36-inch micro tunnel along Hillcrest Avenue will divert excess water from a nearby stream into the conveyance tunnel.

“A smaller, micro tunnel boring machine is building ‘consolidation conduits’ that will connect to the larger tunnel being built 200 feet below ground that will prevent overflows during storms,” Salemi said.

These are just several elements of the Clean Water Project, an overall $2 billion program to update the MDC’s wastewater collection and treatment systems to reduce sewer discharges.