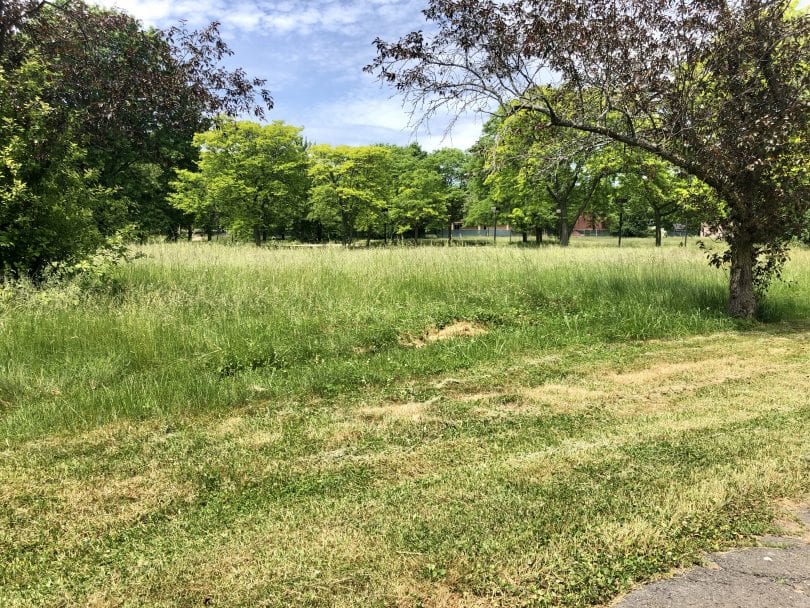 The lease for fields used by the West Hartford Little League and Miracle League of Connecticut at 1700 Asylum Ave. in West Hartford, property now owned by Ideanomics, expires at the end of June. 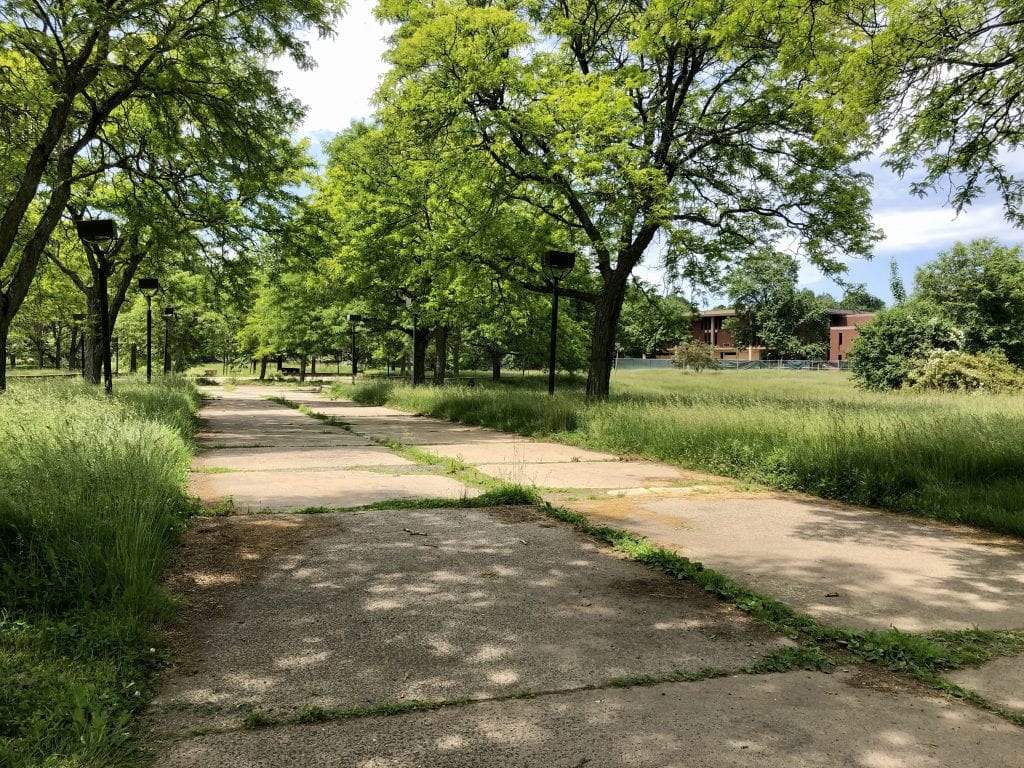 Work by Ideanomics on the former UConn West Hartford campus at the intersection of Trout Brook Drive and Asylum Avenue, purchased by the company in October 2018 for the purpose of constructing Fintech Village, a global technology center, appears to have stalled and residents have been voicing concerns about maintenance, particularly the un-mowed grass, which they claim has become home to rats, snakes, raccoons, ticks, and other creatures.

Some residents claim that rats have made their way onto nearby residential properties. 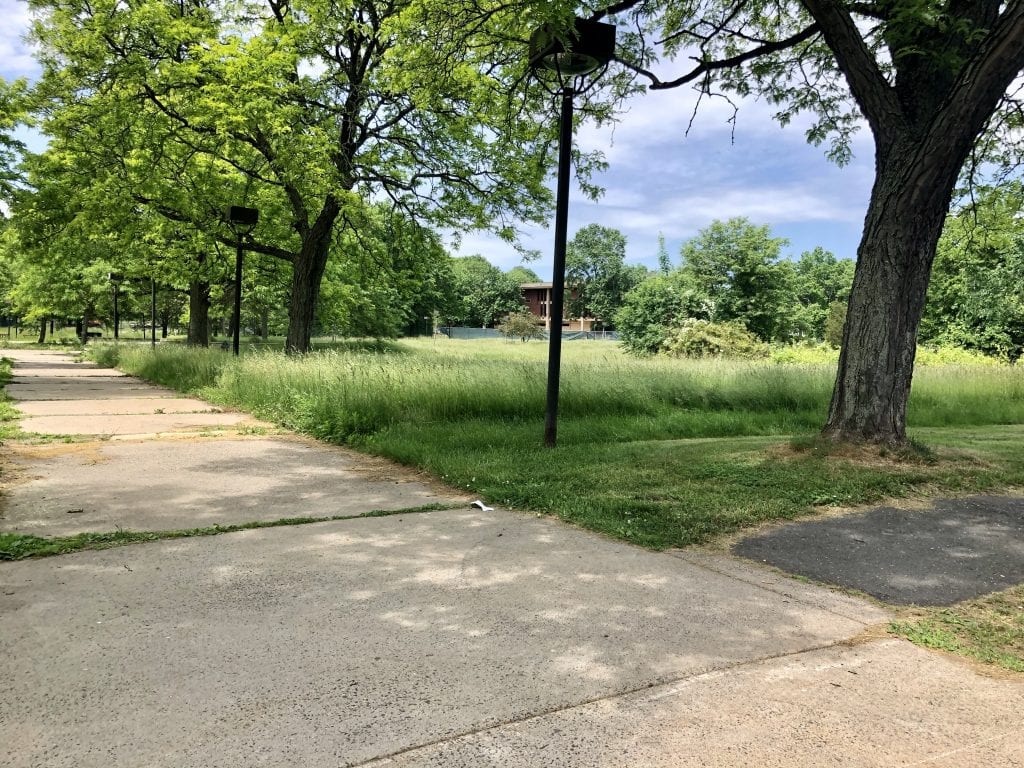 The Town of West Hartford, which is in the process of negotiating a lease for the ball fields and playground on the southeastern portion of the property, has recently mowed a strip of the property along the sidewalk and the perimeter of the property, but the remainder of the grass is currently about 18 inches high.

Lawler Road resident Glenn Catania said he walked his dogs through the property for nearly 50 years, and previously the only “nuisance” was goose droppings on the walkway.

“The area was adequately maintained for the most part when UConn occupied the property,” Catania said. “The land now is run down. Grass and weeds up to 4 feet or more in some places, broken tree branches, and the pond where neighbors used to sit, relax and watch the ducks, is visibly filthy. The pond has what appears to be a water rat population that you can view at times when you are walking by the pond. I have also observed field mice and what appears to be voles or other rodents or vermin. Ironically there are no Canadian Geese that visit this property any longer.”

“I am in direct communications with Ideanomics about exterior maintenance of the grounds,” Town Manager Matt Hart told We-Ha.com. “I’m confident that we’ll see progress soon.”

The next step would be enforcement through the town’s property maintenance ordinance, Hart said.

Ideanomics CEO Alf Poor confirmed to We-Ha.com Tuesday that “we are in discussions with the town about the maintenance of the property,” and noted that it remains in the midst of a remediation phase which has turned out to be “much more extensive than the previous owners and occupiers had us believe.” 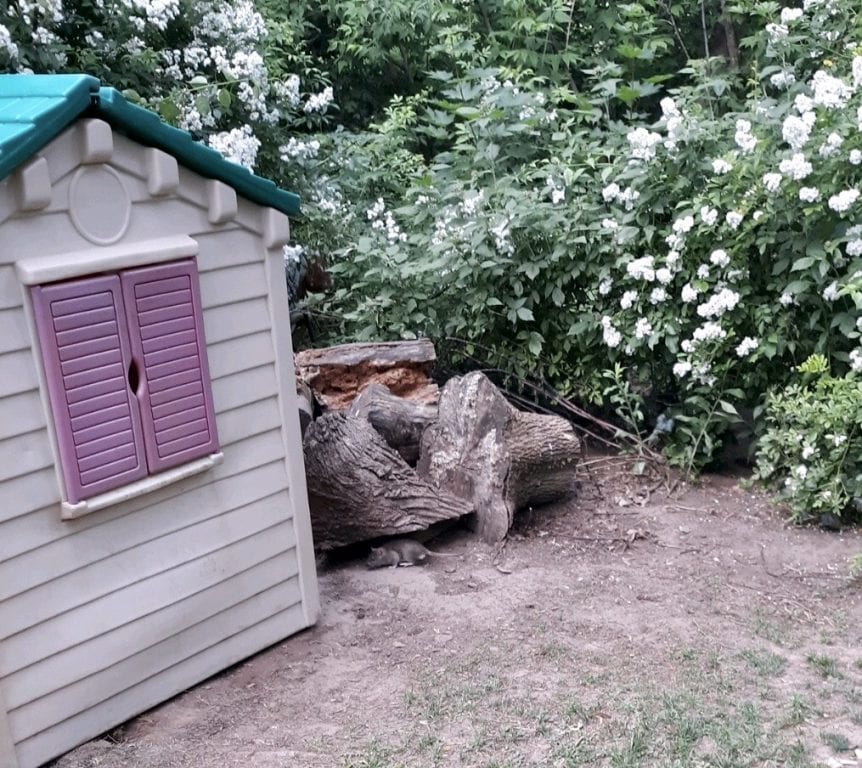 Linda Franco provided this photo of a rat in the backyard of her Fox Meadow Lane home. She said that she has never seen rats until this year, and has counted 18 rat holes in her backyard. Courtesy photo

Hart said he has been in touch with one nearby property owner and that person’s concerns about the presence of rats has been referred to the West Hartford-Bloomfield Health District.

Aimee Krauss, director of the West Hartford-Bloomfield Health District, confirmed that there had been some complaints received about rats from residents on Fox Meadow Lane, which is located across Asylum Avenue from the property.

“Rats need food and water,” Krauss said, and noted that a Health District inspector sent a letter to some residents of Fox Meadow Lane in response to a report that some of the residents have been feeding wildlife and other animals. Even bird seed left in bird feeders could attract rodents, she said. A copy of the sample letter is attached as a PDF below.

“We are asking residents to look for teeth marks, and reminding them what else to look for,” Krauss said. The Health District will come out and inspect individual properties, looking for food sources and trash, as well as water sources, that may attract rats. They will also look for burrow holes.

A Health District inspector has visited the Ideanomics property. “[We] have not seen any rat activity there,” Krauss said.

She said the inspector specifically looked for rats. “We look for a rat path,” Krauss said, that the rats use to travel to and from their food sources, but did not find any evidence.

The Health District deals with rodents, but does not deal with the presence of other animals which would be considered wildlife.

Hart said he has also been in contact with Ideanomics regarding the lease of the parcel (1700 Asylum Ave.), where there are Little League baseball fields and a concession stand, the Miracle League of Connecticut accessible field, a playground, and a basketball court. 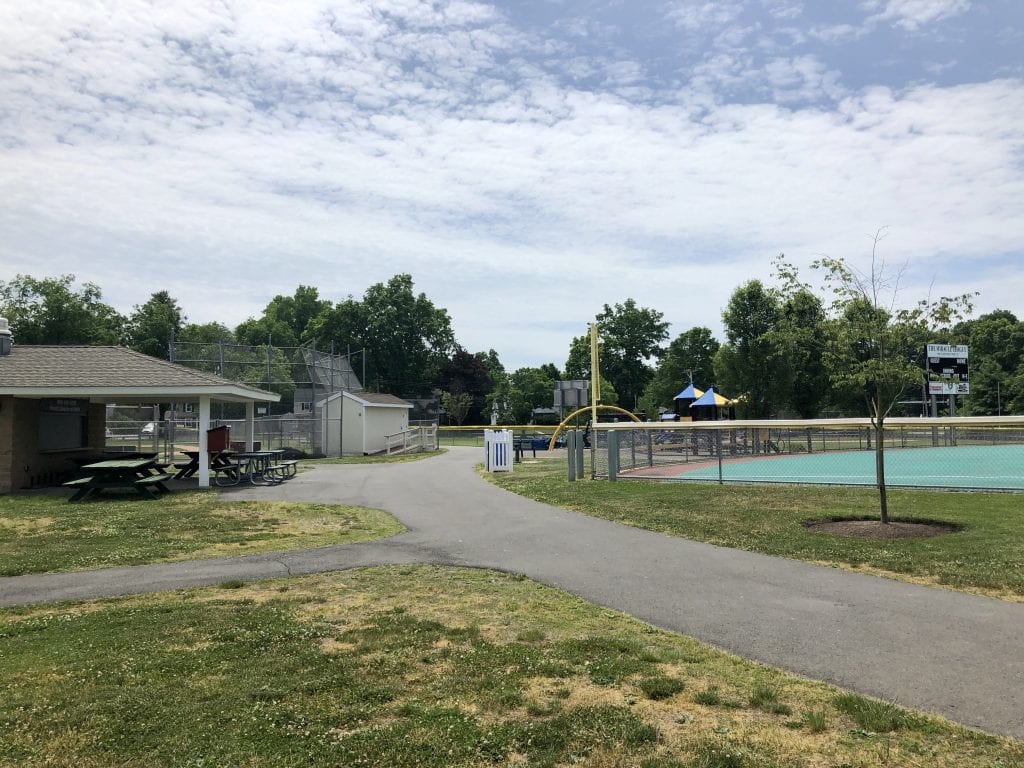 “The town is working on a successor lease for the ball fields,” Hart told We-Ha.com. The current lease, which had been in place with UConn but transferred over with the purchase of the property by Ideanomics, expires June 30, 202o. 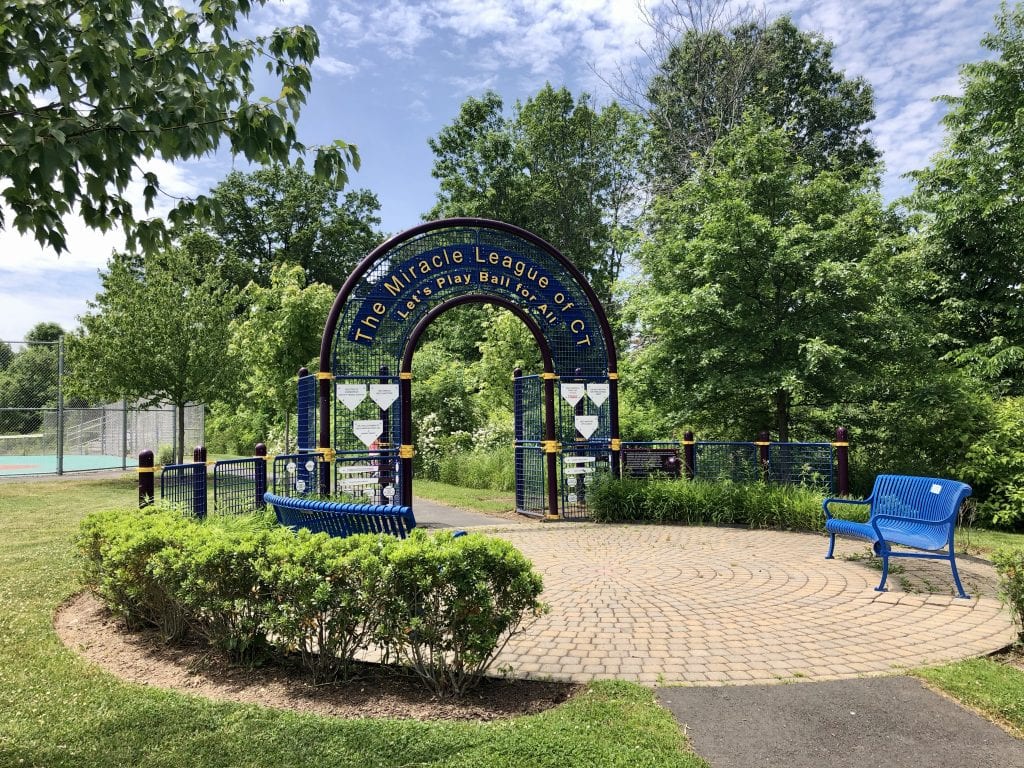 The current lease is on its third five-year extension since being executed in 2005. The town leases the property for the sum of $1.00 per year, Hart said.

The status of the lease was discussed with the Town Council in executive session Tuesday night, but terms will not be made public until they are finalized.

CEO Alf Poor said in March that the company had planned to contest its tax liability since they were being assessed for portions of buildings that had been demolished.

Ideanomics purchased the 58-acre former UConn campus “as is” for $5.2 million in October 2018, with the intention of to building Fintech Village – a $400 million center for global technology and innovation – on the property. They committed to assume all responsibility for remediation of the contamination which occurred when the state owned the property and constructed the buildings for UConn.

The project had been previously held up by the state, after the administration of Gov. Dannel P. Malloy had promised a $10 million loan through the governor’s First Five Plus program for capital renovations, which can be forgiven if the job creation targets are met.

Although the project appears completely stalled, town officials said that some asbestos abatement has been ongoing at the property.

In March, Poor told We-Ha.com that the company was seeking potential partners for the project.

The most recent financial report noted that the company is shifting its focus from financial services to the Electric Vehicle sector, and Ideanomics has been publicly sharing its success in the Chinese EV market.

“As a resident of Lawler Road for nearly five decades, the neighborhood was quite excited about the Fintech Village project, and all the promises that made and how great of a neighbor they were going to be with a neighbor-friendly environment being extremely welcoming and attractive,” Catania said. Most of the neighbors now have a diminished sense of reality, that could benefit their property or property values.” 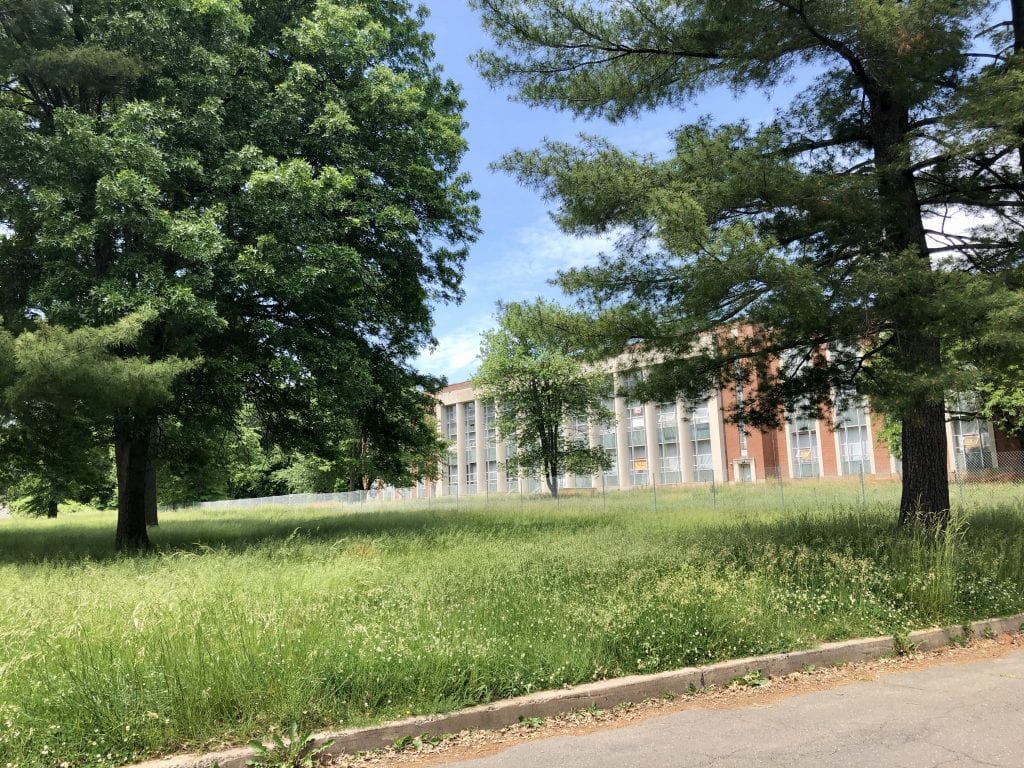 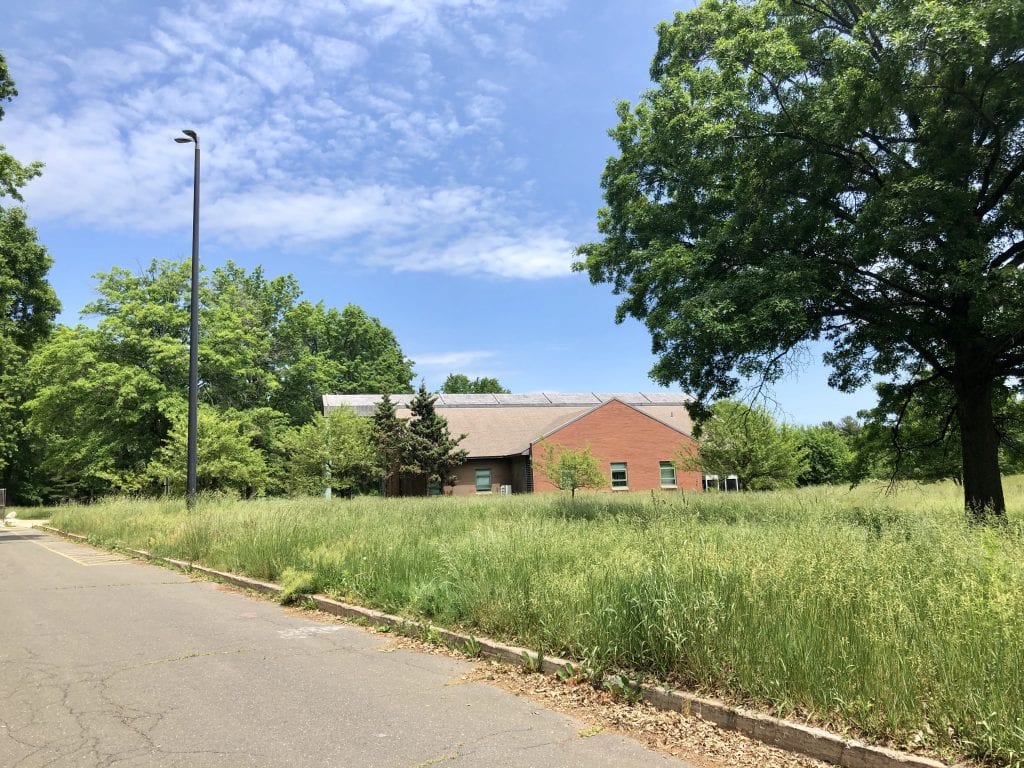