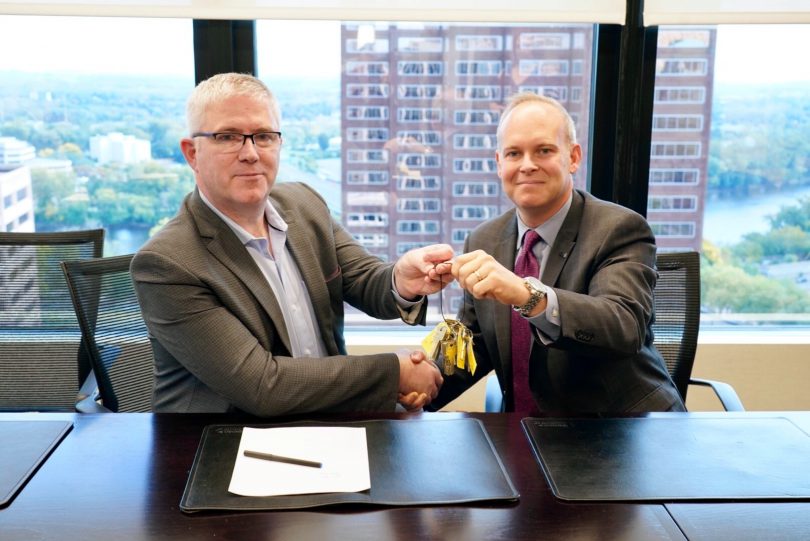 Ideanomics took ownership of the University of Connecticut’s former West Hartford campus on Oct. 10, and will begin the process of transforming the campus into Fintech Village. 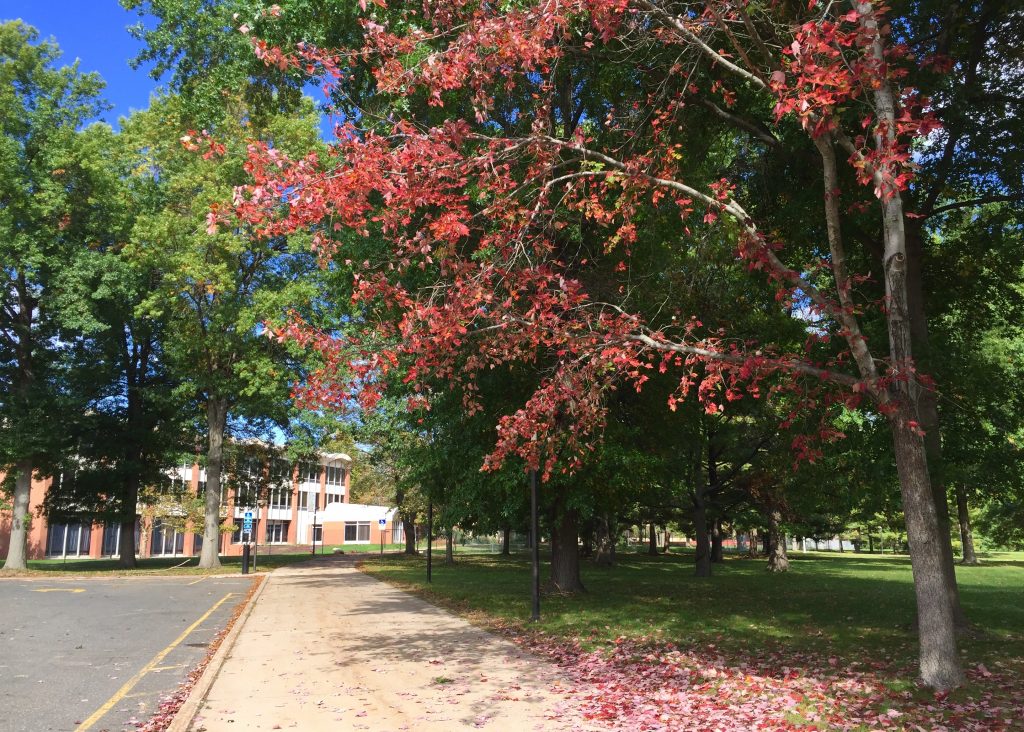 The paperwork has been signed, keys have been handed over, and Ideanomics (formerly known as Seven Stars Cloud Group) is now officially the owner of the bucolic 58-acre former UConn West Hartford campus. 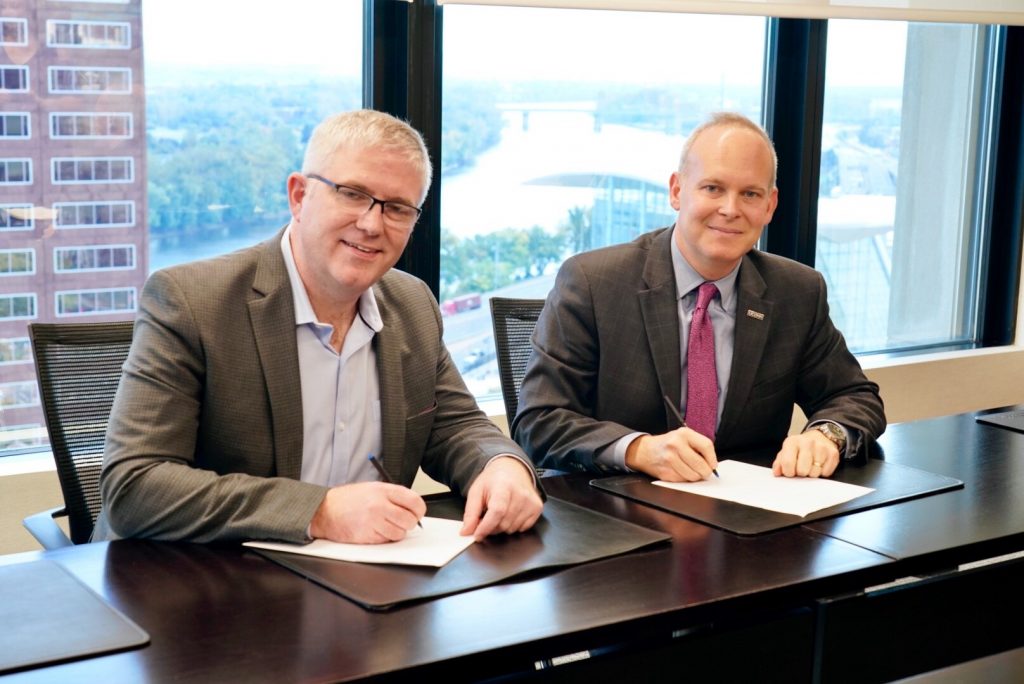 UConn Executive Vice President for Administration and Chief Financial Officer Scott Jordan and Ideanomics Chief Operating Officer Alfred Poor signed the paperwork for the $5.2 million purchase, and Jordan handed over a set of specially-marked master keys for all of the campus buildings on Wednesday, Oct. 10.

The work will now begin in earnest on the transformation of the campus into Fintech Village – Ideanomics’ planned global headquarters for technology and innovation.

In a news release about the closing, Ideanomics noted its plans for an investment of at least $238 million to make Fintech Village “an ultra high-speed computing facility and laboratory for developing new and leading edge fintech solutions utilizing artificial intelligence, deep learning, IoT, and blockchain.” Ideanomics is committed to bringing 330 jobs, and significant tax revenue to the Town of West Hartford. Partnerships will be established with universities, research institutes, and other businesses throughout the world to establish a number of research hubs on the site.

Plans for the campus, which are being developed by Newman Architects, under the lead of principal and West Hartford resident A. Brooks Fischer, will incorporate sustainable and green technologies and elements of modern urban design while maintaining the park-like setting and connection to the community.  The architectural firm has significant experience in campus design projects across the country, as well as specific experience in West Hartford working on renovations to Conard and Hall high schools.

“Congratulations to Ideanomics and the University of Connecticut as well,” Town Manager Matt Hart said Wednesday. “This is exciting news and I’m glad that they were able to close today,” he said.

“I’m very pleased that we’ve reached this stage,” Hart said. The project represents an tremendous opportunity for the town, the state, and the region.

“We appreciate the investment in our community and think it’s an honor that they  would choose West Hartford for this project,” Hart said. “They took a look at the entire nation and chose us.” 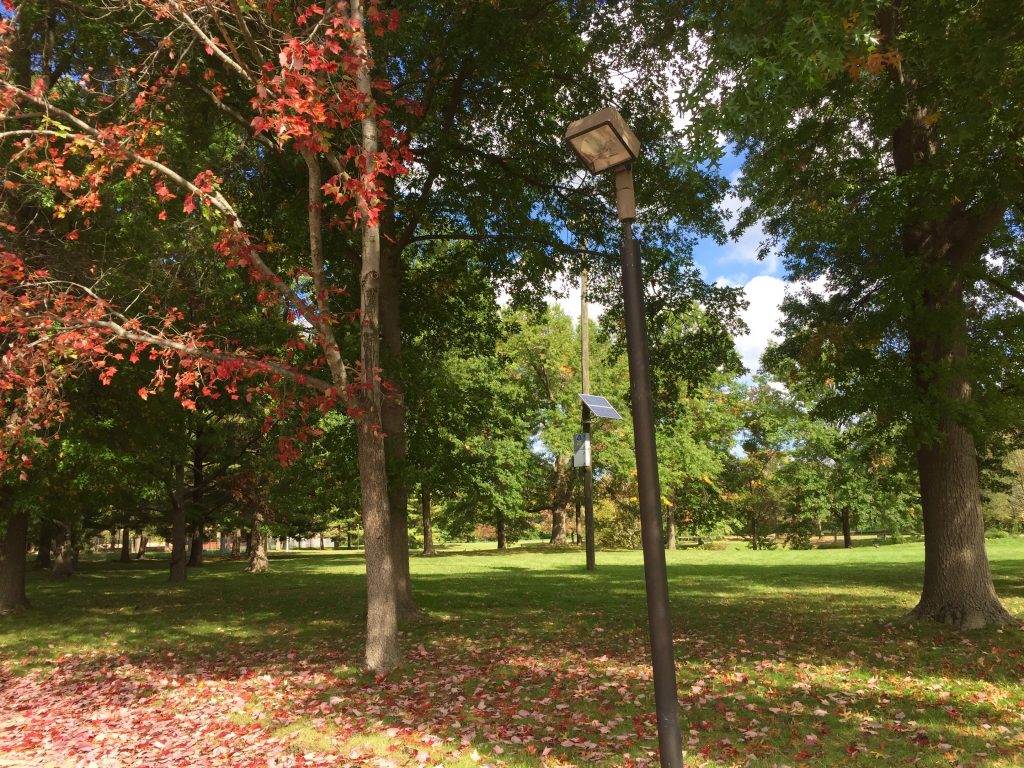 In a statement, Dr. Bruno Wu, Co-CEO and Chairman of Ideanomics said, “We intend to expand upon the original campus’ dedication to excellence by enhancing the efforts to educate, create the ultimate in learning and R&D environments, and by building out the campus to attract top tier academic talent, companies, entrepreneurs, and innovators from around the world. Our Fintech Village technology campus will stimulate the highest innovation by boasting the finest in urban design, sustainable and green technologies, and improvements to community connectivity factors such as trails for walking, biking, and enriched urban flow.”

Wu added that the company is “excited to be in a town that recently was named by Money Magazine as one of the 50 Best Communities in the Country, and we know that our Fintech Village will continue to enhance the image of West Hartford as a unique and vibrant community.”

Hart said that he has not seen any specifics about the building plans for the campus, but said that he and other town officials look forward to meeting with the principals involved in the project to hear about the plans and begin discussing the permitting process.

Hart said that he has met with the lead architect, who has a great reputation.

A zoning change is needed for any use of the property other than single-family residential, even educational use, and West Hartford Town Planner Todd Dumais said previously that there is no option for a provisional agreement to use the property while awaiting completion of any zoning applications.

While the company did not reveal any specific plans, Ideanomics said Wednesday that it “will endeavor to achieve LEED Gold certification from the U.S. Green Building Council by investing in new and environmentally efficient technologies.”

Although the town ultimately chose not to purchase the campus, it undertook a robust community engagement process to develop avision statement for the property, which was adopted by the Town Council in April 2018. The vision statement had been shared with UConn so that potential purchasers would know what the town would ideally like to see happen with the property, and what uses would most likely gain eventual Town Council approval.

Hart said Wednesday that the vision statement will be considered in the review of Ideanomics’ plans for the campus, and said that various elements of their conceptual plans, which include commitment to designing and building the property “in a way that is sensitive to the surrounding community and the environment,” are very much in line with what the community has indicated it would like to see on the campus.

“The development of the campus has been a priority for us,” Hart said, which is why the vision statement process was undertaken. That vision can now be brought to bear on the plans for its development.

Jordan said Wednesday in a statement that “it is fitting that the UConn West Hartford campus, which housed a renowned institution of higher education for decades, will soon become a world-class technology hub. It’s also an ideal complement to UConn’s efforts to cultivate and promote lasting jobs and economic development in our state.”

The project will receive a $10 million loan through the governor’s First Five Plus program for capital renovations, which can be forgiven if the job creation targets are met. In a statement Wednesday, Gov. Dannel P. Malloy said, “The greater Hartford region is emerging as a hub for high-tech and innovation industries. With our best-in-the-nation workforce, we are prepared to help these companies thrive and grow. A commitment by a company like Ideanomics to establish their global headquarters for technology and innovation here in our state makes Connecticut an even more attractive place to live and work and will have an impact far beyond this one location in West Hartford. We welcome Ideanomics to our state and wish them many years of success and growth.”

For information and background about West Hartford’s history with the campus, the purchase plans, and interviews with company principals, click here.

For more information about Ideanomics, visit the company’s website.