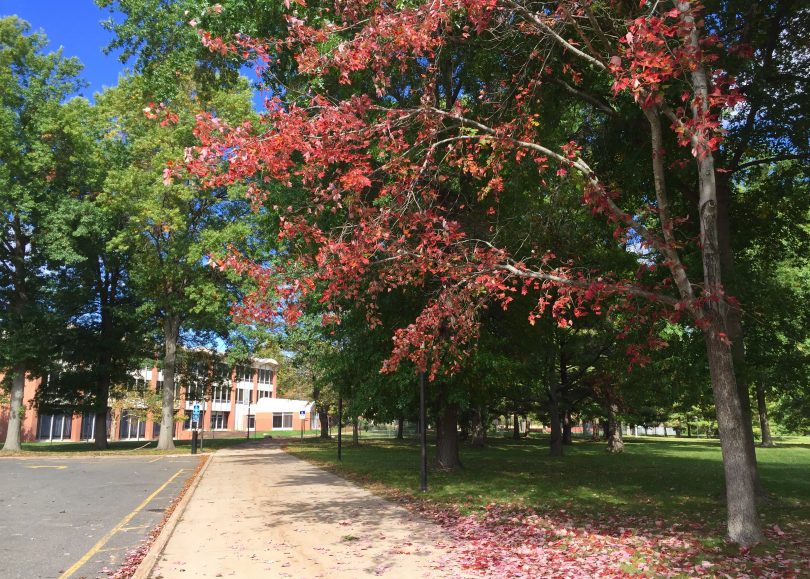 The CEO of Ideanomics, which purchased the former UConn West Hartford campus in October 2018, stated last week that the company would suspend all activities related to the Fintech Village project, but after a positive meeting this week with Gov. Lamont and other officials now believes they can move forward. 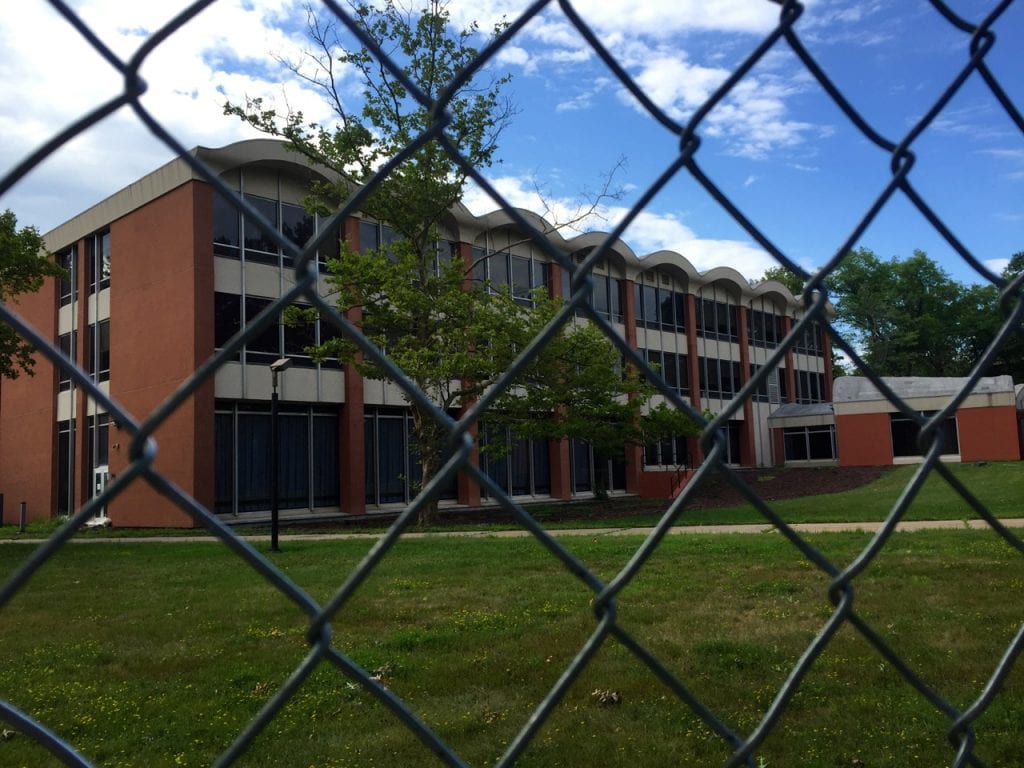 The former UConn School of Social Work is still surrounded by a six-foot tall chain link fence due to the presence of PCBs on the site. Photo credit: Ronni Newton (we-ha.com file photo)

It’s been nearly a year since Ideanomics – then known as Seven Stars Cloud Group – held a celebratory press conference in Hartford, sharing with great fanfare the exciting news about plans to purchase the former UConn West Hartford campus and immediately begin plans to build a global center for innovation, but since then there has been little visible change in the appearance of the campus.

Ideanomics CEO Alf Poor expressed frustration last week, telling vendors in an email obtained by We-Ha.com that “all activities” at the Fintech Village project would be suspended due to what he believed were “regrettable and unreconcilable differences with the State of Connecticut” that may impact the project’s viability since the administration had changed. After meeting Tuesday with Gov. Ned Lamont, State Sen. Derek Slap (D-West Hartford), West Hartford Mayor Shari Cantor, and other officials, Poor now believes there is a path forward.

“We had a very positive meeting with Gov. Lamont on Tuesday, and as a result we believe an equitable solution has been reached to move forward with Fintech Village,” Poor, who is also the president of Fintech Village, said in a statement emailed to We-Ha.com on Thursday.

“The meeting was very positive,” Slap said. “My understanding is that we are back on track.”

Slap said that he respects the negotiation process between the administration and the company, but ensuring that the project moves forward is important for many reasons and he wanted to be sure that was conveyed. It’s important not just for West Hartford – where it will add millions to the grand list to provide property tax relief to homeowners and result in additional jobs – but will also have a ripple effect on the entire region.

Ideanomics, with its focus on blockchain, artificial intelligence, and related technologies, will “bring young people here – the entire demographic that people say we’re losing,” Slap said. “It was important to get everyone together to reaffirm the importance of the project, and I am optimistic that we will move forward.”

Slap said it’s time for everyone to “roll up our sleeves.”

The first step forward is remediation of the polychlorinated biphenyls (PCBs) that were discovered in the buildings and soil, as well as asbestos and any other environmental hazards on the site.

Three of the buildings on the 58-acre campus – the former undergraduate building, library, and School of Social Work – were all built in the same era, and like many buildings constructed from the 1950s to 1970s have PCBs in the building materials. Those three buildings remain surrounded by a six-foot-high chain link fence in part to keep the public separated from the contaminants.

Ideanomics, formerly known as Seven Stars Cloud Group, announced its intentions to purchase the bucolic 58-acre former UConn West Hartford campus, which includes five buildings, in July 2018, and closed on the $5.2 million deal on Oct. 10. The company agreed to purchase the property “as is,” and assume responsibility for remediation of the contamination which occurred when the state owned the property and constructed the buildings for UConn.

As part of the deal, then-Gov. Dannel Malloy’s administration offered a $10 million loan through the governor’s First Five Plus program for capital renovations, which can be forgiven if the job creation targets are met. Ideanomics has stated the intention of investing an estimated $283 million, and the creation of at least 330 jobs over the next five years.

The $10 million loan, Slap said, is a “smart investment” for a potentially large payout, and in his opinion exactly what the state needs to be doing.

“It’s important to the town that Ideanomics begin working to complete the environmental remediation in a timely way,” West Hartford Town Manager Matt Hart said Thursday. “I understand that the state and Ideanomics are talking about the best way to accomplish this, which is a good sign. I hope that they’re able to reach a resolution soon as Fintech Village has great potential for the state, the town, and the region.”

Cantor also expressed her desire to see the remediation take place without delay. “The remediation of this large parcel is of the utmost importance to the Town of West Hartford,” she said. “I am heartened by the collaboration between multiple state agencies, all levels of government, and the new property owner to complete remediation of this beautiful property.”

In addition to the remediation, Ideanomics is preparing permit application for other work to be done on the property, including submission of a site proposal.

While plans have not yet been submitted, in a letter to area residents dated March 29, 2019, Poor stated that “Fintech Village is being designed to fit organically into the natural beauty and scale of the campus landscape – an open, walkable innovation campus with green spaces and recreational features closely aligned with West Hartford’s 2018 Community Visioning Process.”

Poor also stated in the March 29 letter that neighborhood outreach – “Fintech First Look” activities – would be taking place to engage neighbors in the process of shaping the campus.

“We are very excited about the work that lies ahead, and working with you, the West Hartford community, local businesses and residents in the Bishops Corner area, and your local officials to inform our work,” the letter states.