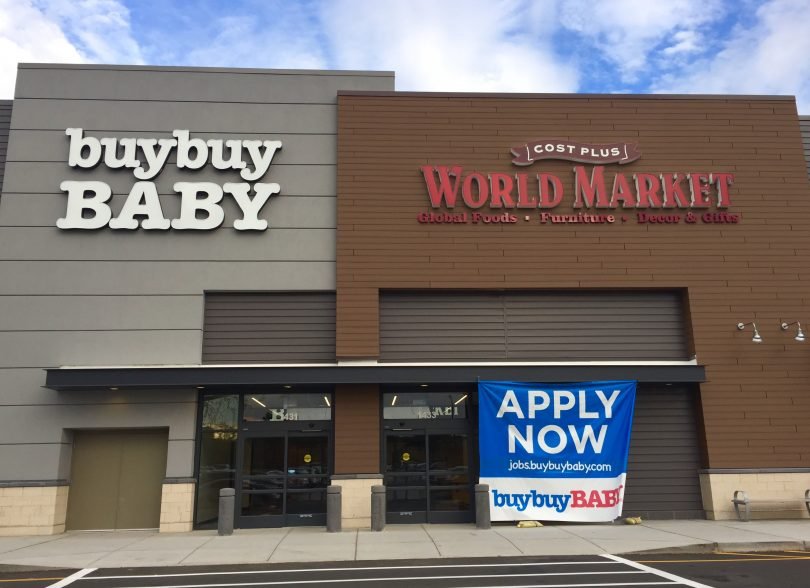 buybuy Baby will open Oct. 18 at The Corbin Collection in West Hartford, and Cost Plus World Market will be opening soon. Photo credit: Ronni Newton

The weather is supposed to be a “safe” subject to discuss, but many of those who were running in the 25th Anniversary Hartford Marathon, Half Marathon, or 5K on Saturday morning uttered quite a few profanities at the sudden change from summer to what felt like winter.

I ran the Hartford Half Marathon for the 14th time on Sunday (my 15th time participating in the overall event, because I ran the full marathon the first year, before I had ever done a half marathon), and after a somewhat haphazard training program in August and September, I committed and registered and was excited about the forecast of low 50s and sunshine. I was not happy when the forecast changed to rain and mid-40s.

But I actually loved this year’s race!

The rain didn’t feel too bad while I was running, and I managed to dodge the biggest of the puddles so my feet didn’t ever feel too wet. I ran the entire time with one of my best friends and running partners, we were running for the experience and not with a time goal, and I never felt like I couldn’t breathe, or like my legs couldn’t move anymore, or like I never ever wanted to run again – all feelings that I have experienced in past races. I crossed the finish line in 2:12.41, far slower than my best time of 1:51.24, but almost a minute faster than last year despite this year’s rain and my lack of serious training.

Congratulations to all who ran, and thanks to all who braved the cold rain to cheer on the runners, or provide support in the food tents and other services in Bushnell Park. Yes, the park turned into a quagmire with rain mixed with thousands of people walking on the grass, but it was still worth walking across the mud to get that celebratory beer with my sister! 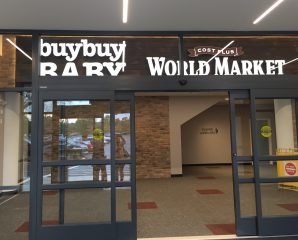 buybuy Baby will open Oct. 18 at The Corbin Collection in West Hartford, and Cost Plus World Market will be opening soon. Photo credit: Ronni Newton