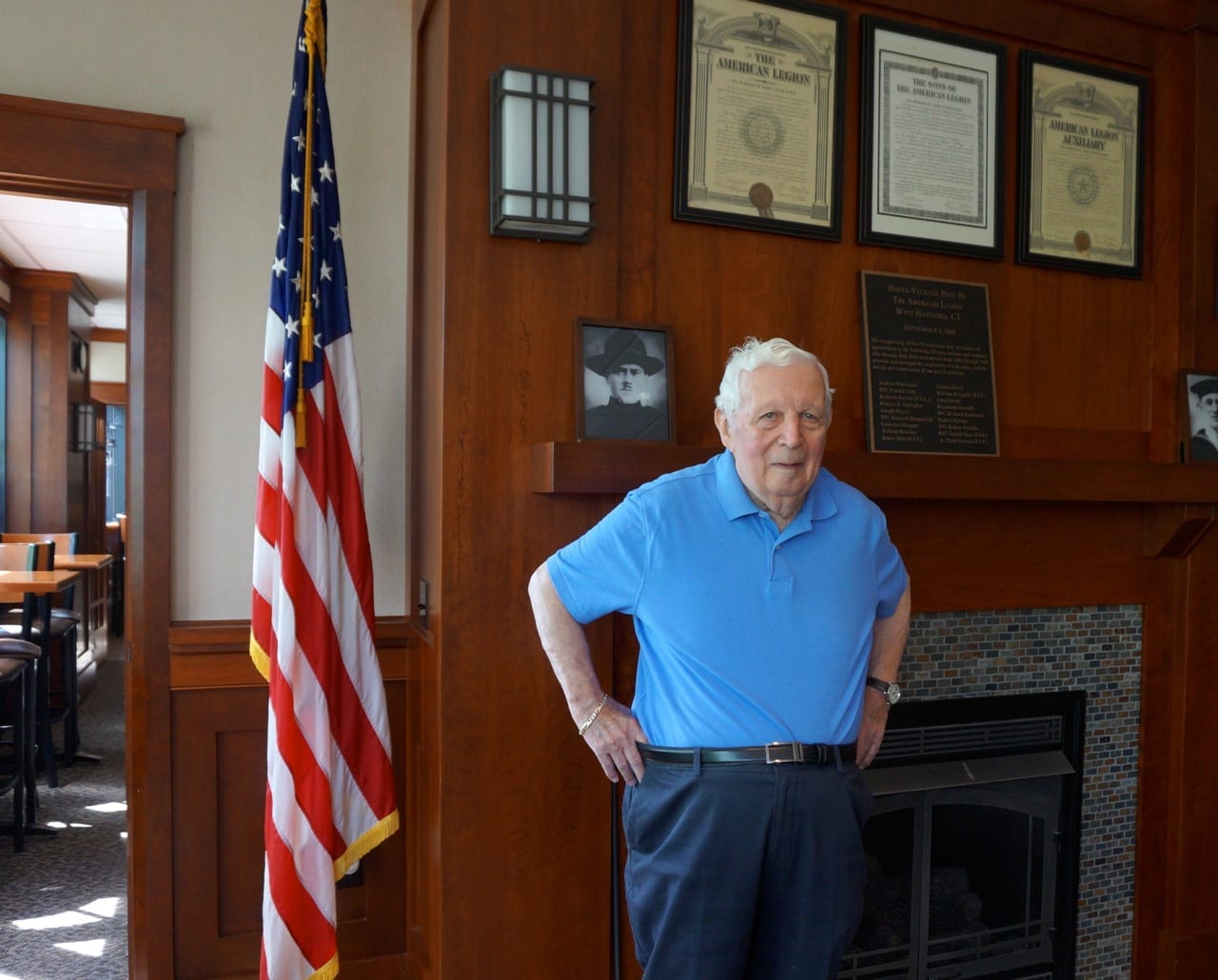 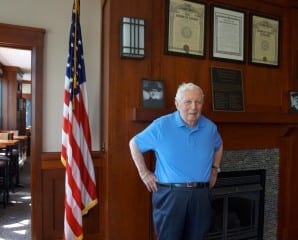 When West Hartford’s annual Memorial Day Parade kicks off on the corner of Farmington Avenue and Woodrow Street at 10 a.m. on Monday, May 25, 2015, longtime parade organizer Richard Hennessey, 85, will have a new role for the first time – grand marshal.

“About 35 years ago, I agreed to do the parade for one year, and it sort of evolved,” said Hennessey, who served as coordinator of the parade until just a few years ago.

Hennessey, who served in the United States Air Force from 1948-1968, through both the Korean and Vietnam wars, is enthusiastic about all veterans activities and has been an active member of the American Legion Post 96 and other veterans organizations for many years. He’s thrilled to have been chosen as marshal for the first time.

“It’s quite the honor going from doing the mechanics to riding in front,” said Hennessey, who said he will be riding in a “nice Volvo convertible.”

Hennessey is a native of West Hartford who grew up in the Park Road area. He went to elementary school at Our Lady of Sorrows and then Plant Junior High and Hall High School before joining the Connecticut Air National Guard as a teenager. Rather than committing himself to six years of service including reserve time which would have been required under the Universal Military Training Act in effect at the time, Hennessey decided on two years active duty and joined the USAF in 1948. He remained on active duty for the next 20 years.

Hennessey’s time in the service took him all over the world – to Ankur, Turkey during the Korean War where he met his wife, a Swedish national who was living in the same pension. He served in Karachi, Pakistan; Wiesbaden, Germany; and Lima, Peru. He also spent some time in the the United States, in the Washington, D.C. area as well as in Denver, CO.

He still had relatives in West Hartford, and when he was done with his time in the service, Hennessey decided that the town was the perfect place to raise his family of three sons and a daughter.

“What impacted me when I came back was that the things I had taken for granted weren’t there in third world countries. I adopted the principals of life – God, country, and family,” said Hennessey. “West Hartford is a very good community, and all the accolades they get are deserved. It’s got a very good balance,” he said.

He worked in a variety of jobs in the area, ranging from running officer’s clubs, to working at country clubs and at the Edelweiss Restaurant on Farmington Avenue. He also served as the Sergeant at Arms of the Connecticut State Senate, retiring from that role just a few years ago.

Hennessey considers the Memorial Day Parade to be one of the great things about West Hartford. “It’s a proper way to remember veterans,” he said.

This year’s West Hartford Memorial Day parade has an even greater focus on veterans, with not only an invitation by the Veterans Affairs Commission for all veterans to ride in a special trolley, but also a request for every contingent to honor a veteran.

Participant groups are being encouraged to either ask a veteran to march with their group, or carry a placard with a photo and information about the veteran being honored. According to the Town of West Hartford website, “The veteran may be a family member, a special friend or perhaps an historical figure that you would like to honor on this special day. This new feature of the parade will reinforce the message of this unique holiday.”

“I think they did a great thing by inviting veterans to participate with each unit. I expect it to grow in future years,” Hennessey said. “It’s one of the nicest things they have ever done.”

The West Hartford Memorial Day Parade begins on Farmington Avenue at the corner of Woodrow Street, turns right and heads south on South Main Street, and ends just past Town Hall at Burr Street. The reviewing stand will be on the east side of Goodman Green.

There is no rain date for the parade.

A brief service will be held at the Veterans Memorial at the corner of Farmington Avenue and North Main Street immediately after the parade. All are welcome and encouraged to attend.