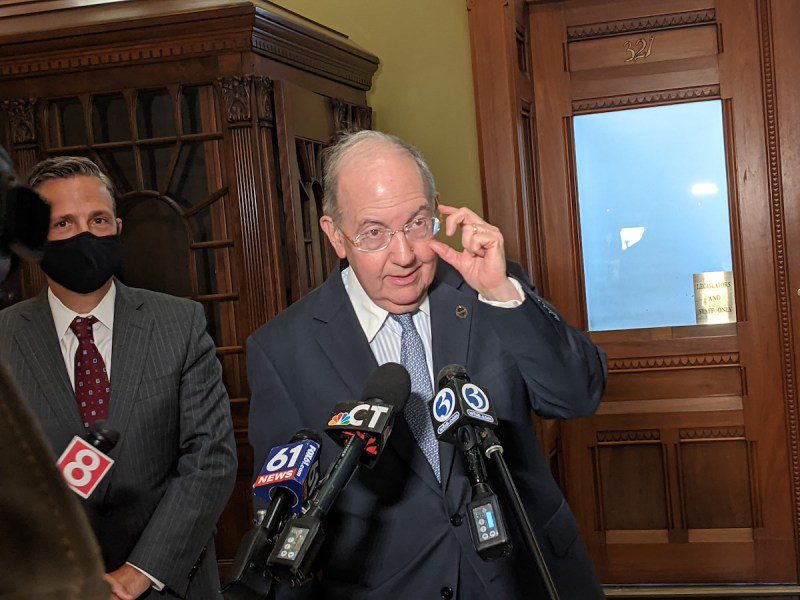 State Sen. Derek Slap of West Hartford voted in favor of the extension.

The Senate’s 18 to 15 vote followed authorization by the House Monday. Passage was led by Democrats and universally opposed by Republicans. However, as was the case in July when the legislature previously extended the declarations, some Democrats peeled off and opposed the resolution.

Democrats who voted against the extension included Sens. Dennis Bradley of Bridgeport and Cathy Osten of Sprague.

Democratic leaders pointed to the necessity of orders which Lamont plans to continue: mask requirements in Connecticut schools, vaccine or testing mandates for state employees as well as education and health care workers, the roll out of vaccine booster shots, and the potential for vaccinating children younger than 12.

“We need to extend the powers because we don’t know what direction the pandemic is going to take,” Senate President Martin Looney told reporters during the debate. “We don’t know if there’ll be another variant as deadly or even worse than the delta. We need to have flexibility in the executive to move when necessary.”

Although no Democrats stood to oppose the resolution on the floor, Osten, a Sprague Democrat who opposed prior extensions, succinctly told reporters her position had not changed.

“He doesn’t need the emergency powers. He just doesn’t. We can do everything without having a sixth extension,” Osten said.

However, Republicans insisted Connecticut’s recent COVID-19 trends put the state in a better position than other states, signalling the need for emergency management of the pandemic had passed.

Sen. Rob Sampson, R-Wolcott, said there was no legitimate or compelling reason to extend the declarations. Sampson said the governor should expressly rescind the state of emergency, which had been scheduled to expire on Thursday. 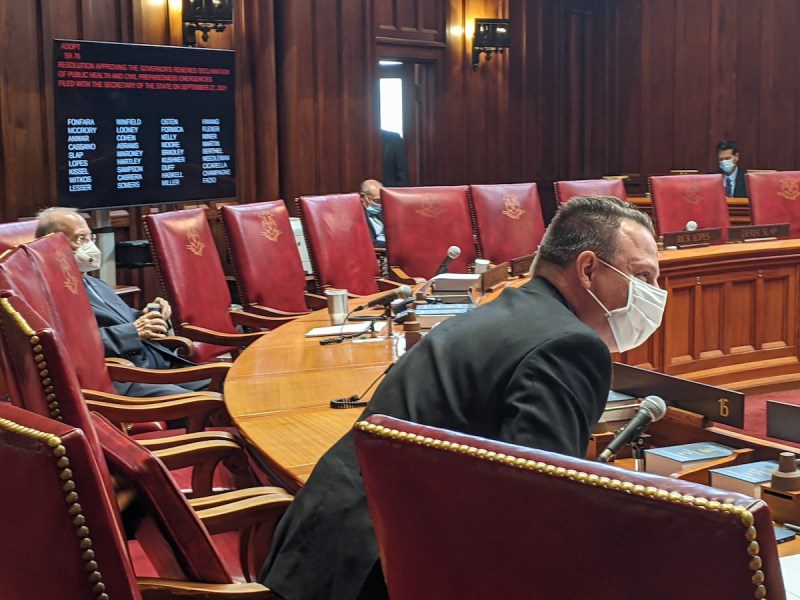 “I would go so far as to say that claiming that we are in an emergency state shows a shocking disregard of the facts, the intent of our laws and it is an insult to the intelligence of every citizen of the state of Connecticut,” Sampson said.

Most Democrats disagreed. Sen. Will Haskell, D-Westport, invoked former Supreme Court Justice Ruth Bader Ginsburg, who likened scaling back effective voter protections to discarding an umbrella because you are no longer getting wet.

“Those who feel so strongly that this pandemic is behind us are liable to throw out the umbrella because they’re no longer getting wet,” Haskell said. “Unfortunately it’s still raining both across the country and here in Connecticut. I wish that weren’t the case but 264 people … spent the night in the hospital last night.”

The Senate’s vote sets the new expiration date at just shy of two years since the governor first declared an emergency as the first cases of the COVID-19 virus emerged in the state. Republicans have for some time contended that the imminent danger posed by the virus had already passed. 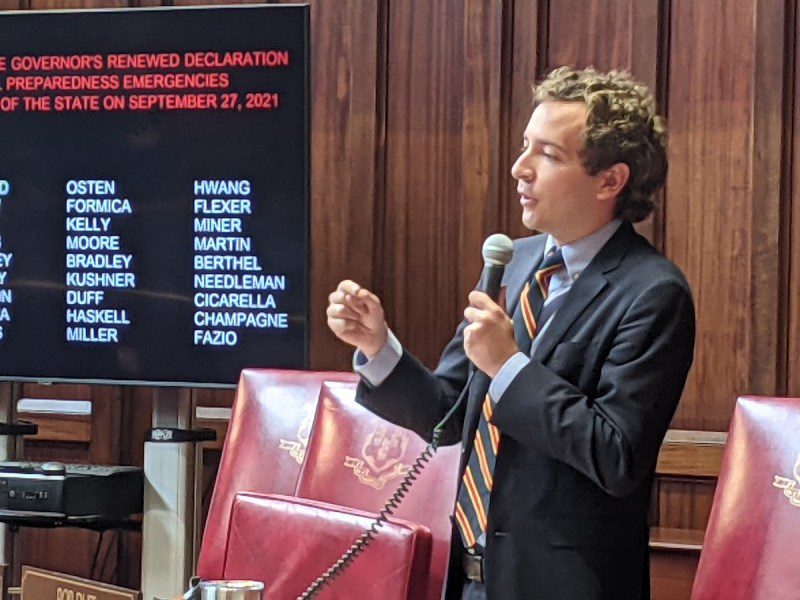 “[The extension] will take us to almost two full years, yielding the people’s voice to the executive branch. That’s a full legislative term for an elected member of the state’s General Assembly,” Senate Minority Leader Kevin Kelly said during the debate. “A full term where the people’s voice was silenced.”

Democrats have offered varying metrics that may be used to signal an end to the ongoing emergency.

Speaking to reporters outside the Senate chamber, Looney said he would like to see an extended period of low COVID numbers.

House Speaker Matt Ritter suggested last week that the emergency declarations may become unnecessary once a vaccine is widely available to all age groups.

“Barring some surprise where the vaccines are not effective against some new strain, we may very well be able to say everyone in Connecticut, regardless of age can avail themselves of vaccine protection. That to me, may be when we move away from needing these emergency powers,” Ritter said.

At an unrelated event Tuesday the governor declined to set a goal post for the end of the emergency, pointing to the unpredictability the virus has demonstrated over the last 18 months.