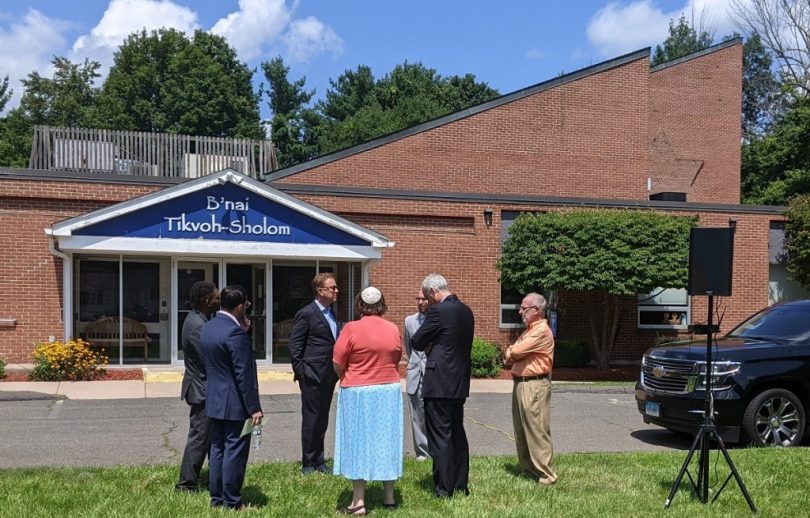 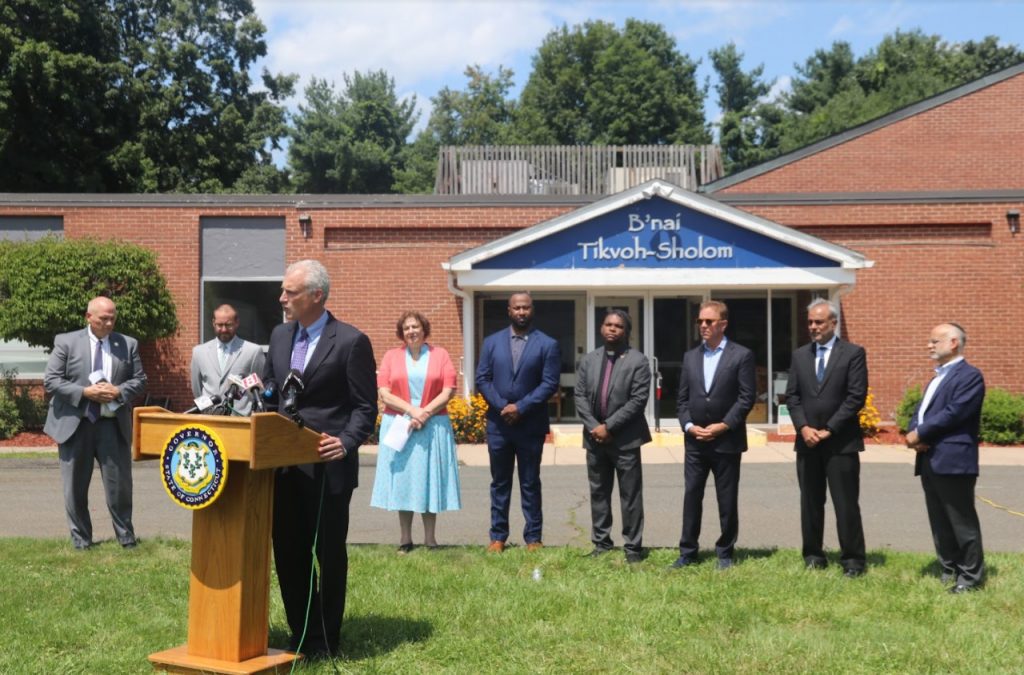 Almost 100 Connecticut non-profit groups including religious houses of worship will get a funding boost from the state in order to shore up their security measures, Gov. Ned Lamont announced Wednesday.

The governor and local religious leaders hosted a press conference outside B’nai Tikvoh-Sholom Synagogue in Bloomfield to announce $3.8 million in grants, which will be used to fund or reimburse non-profits for security upgrades to their buildings or camera systems.

During the press conference, legislators and local faith leaders spoke of the unfortunate necessity for the upgrades, which were inspired by everything from threats of violence to hate-based graffiti and theft.

“It is a sad day when this is needed,” Michael Bloom, executive director of the Jewish Federation Association of Connecticut, said. “Houses of worship should focus on their congregations not purchasing bullet proof glass. That being said, I for one am thankful we live in Connecticut.” 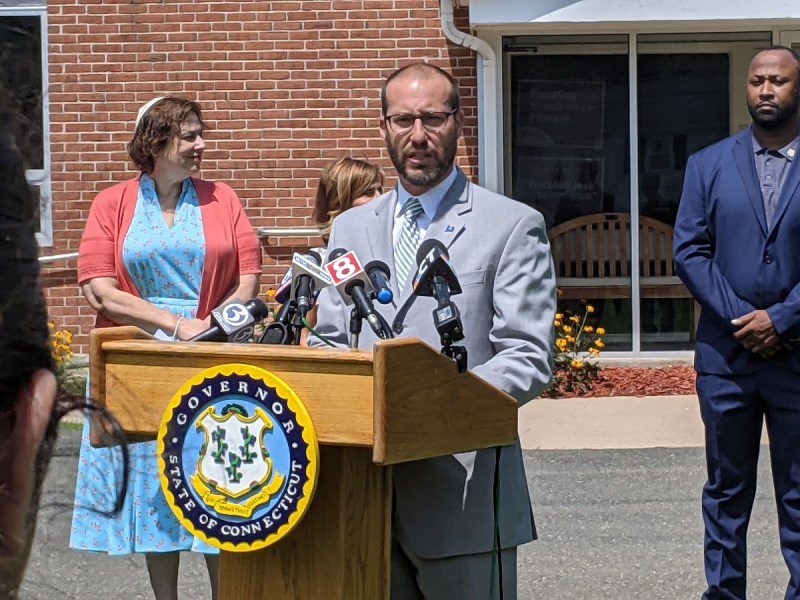 Rabbi Debra Cantor, leader of the Bloomfield synagogue, pointed to the vulnerability of her congregation’s building, which features a wide front entrance lined with unobstructed glass panes. It was designed with hospitality, not security in mind, she said. But Cantor said anti-Semitic and anti-Muslim rhetoric and crime were on the rise and religious groups have become aware of their vulnerabilities.

“So even as we seek to keep our doors open in a symbolic sense, we are so grateful for state grants which will enable us to be physically more secure,” Cantor said.

James Rovella, the state’s public safety commissioner, would not provide details on which non-profits around the state would benefit from the grants. He compared it to a similar grant program for school security upgrades and pointed to concerns that “bad guys” could use the list to do harm.

Rovella said the state eventually expected to fund projects by around 120 applicants. The amount of grant funding ranges as high as $50,000 per applicant. Lamont said a large number of groups responded to the grant offer.

“We put out some money and said let us do what we can to make sure your houses of worship, your community centers … have the security they need,” he said. “We were oversubscribed. Just a sense of distress that I saw out there.”

The announcement comes one day after the FBI launched a national campaign to encourage people to report hate crimes.

Across the nation, the FBI says it is very concerned about the reluctance of witnesses or victims to report these types of crimes.

“It is unfortunate, but understandable, that many people do not feel safe when they go to their synagogue, mosque or church. This program will help not only make people feel safer, it will make them safer,” state Sen. Derek Slap (D-5th) of West Hartford said of the Non-Profit Security Grant Program (NSGP). “I’m heartened that this initiative has been bipartisan and when we first proposed it the governor’s office was immediately supportive. Since then, they have displayed great leadership in processing the applications and getting the program moving. The need is great, so we included additional money in the bond bill we just passed. The bottom line: no one should have to be fearful when they worship.”

Groups eligible for funding under the NSGP are organizations at heightened risk of being the target of a terrorist attack, hate crime, or violent act. A total of $5 million in potential funding is available to cover  expenses associated with installing security infrastructure improvements.