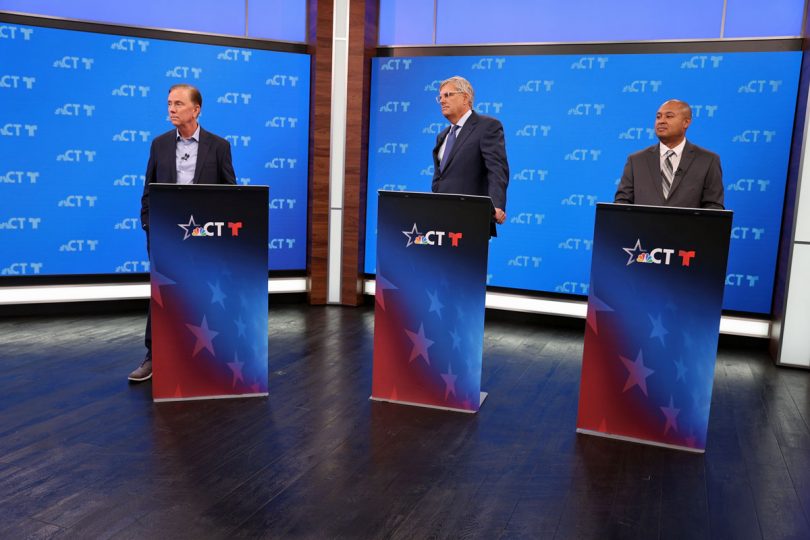 Gov. Ned Lamont and candidates Bob Stefanowski and Rob Hotaling participated in an hour-long debate held at NBC Connecticut’s studios in West Hartford, and in addition to abortion rights also addressed topics ranging from tax policy to the affordability of health insurance in the state.

About 20 minutes into their first televised debate of the election, Republican gubernatorial candidate Bob Stefanowski accused Democratic Gov. Ned Lamont of lying to Connecticut voters on his stance regarding abortion rights.

“Gov. Lamont has been spending $500,000 a week to attack me on TV,” Stefanowski said. “Roe v. Wade is codified in Connecticut state law. I’m going to protect a woman’s right to choose.”