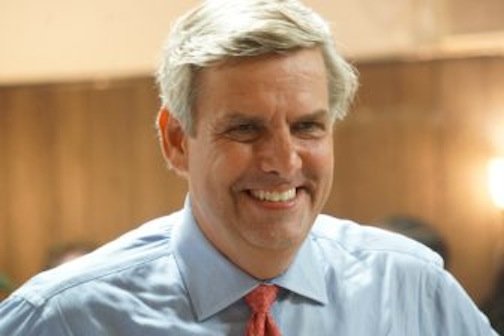 Republican gubernatorial candidate Bob Stefanowski, whose ability to financially compete with Democrat Ned Lamont has been suspect, said Thursday he raised $1.5 million in September and has $746,000 cash on hand.

His total since winning the five-way Republican primary on Aug. 14 is $2 million, including $250,000 he gave to his own campaign to resume television advertising in August, he said.

“I am humbled to have received such incredible grassroots support from people in every corner of our state,” Stefanowski said in a statement.

Stefanowski released a summary of his latest fundraising, not the full report for the period ending Sept. 30. The report will become public no later than midnight on Oct. 10, the deadline for filing with the State Elections Enforcement Commission.

His previous campaign finance report showed that he raised $262,798 from 479 donors in the first 15 days after the Aug. 14 primary, a significant improvement for a campaign that took in only $666,881 from outside sources in its first 11 months.

Contributions in the past four weeks came from more than 1,800 donors, Stefanowski said.

Stefanowski largely self-funded his primary, contributing about two-thirds of the nearly $3 million his campaign spent by mid-August. But he has been aggressively fundraising since his victory, capitalizing on his transformation from outsider to GOP standard bearer.

“My message of lower taxes, growing the economy, and holding the line on state spending has energized Democrats, Republicans, and independents to get behind our campaign for governor,” he said.

Stefanowski’s campaign has been boosted by Change PAC, a super PAC funded by the Republican Governors Association. The PAC has been airing attack ads on Lamont.

Lamont, who is self-funding his campaign, spent $17 million of his own money on a campaign for U.S. Senate in 2006 and more than $9 million on a Democratic primary for governor in 2010.

In his current race, Lamont contributed $3.9 million of the campaign’s $4.29 million in receipts through Aug. 31. He has budgeted millions more for the final month.