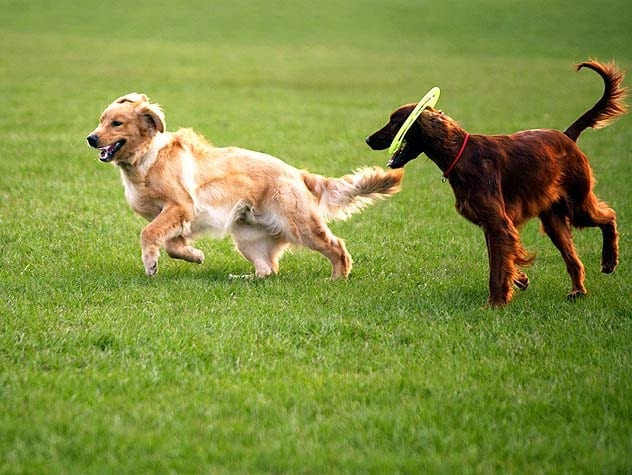 The Town of West Hartford has informed the West Hartford Dog Park Coalition that it will not submit an application for a dog park to be built on town-owned land adjacent to the Buena Vista Golf Course and Cornerstone Aquatics Center. 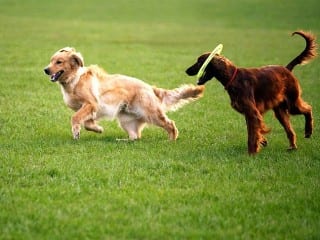 West Hartford Dog Park Coalition members will have to go back to scouting out sites for local pooches to romp off leash now that the Town of West Hartford has determined that it will not support the latest proposal for a dog park on town-owned land in the Buena Vista area.

West Hartford Mayor Scott Slifka said the rejection was for this site only, not for the overall idea of a West Hartford dog park.

“We continue to endorse the concept,” Slifka said.

Slifka said that he and Minority Leader Denise Hall, who constituted the town’s committee reviewing the matter, decided against the site for several reasons, none related to the concept of a dog park or how they thought that the West Hartford Dog Park Coalition would manage any proposed site. “We take it as a matter of faith that the people running it would do a nice job,” Slifka said.

Because the town owns the land that was the subject of the proposed site behind Cornerstone and adjacent to the Buena Vista Golf Course, it would have to be a co-applicant on the Dog Park Coalition’s submission to the Town Planning and Zoning Commission. That would make it appear as if the council is “basically agreeing” to the application Slifka said in March when the Council formed a committee to make sure the town had “done our due diligence” in reviewing the matter.

The committee held several meetings with supporters of the West Hartford Dog Park Coalition, as well as neighbors, before making its decision.

The three-page document, “Report of a Special Committee to Study a Dog Park,” was delivered to both the West Hartford Dog Park Coalition and the Buena Vista Neighborhood Coalition on Friday.

“We will not recommend that this site go forward,” said Slifka.

Slifka said that the proposed Buena Vista site is seriously flawed mainly because “the neighborhood doesn’t want it.”

“It is really difficult to disappoint the Dog Park Coalition because they’ve worked so many hours to put this together, but every single neighbor was opposed to it,” Hall said.

The topography of the site – much of which consists of a “large hill with an extreme slope” – was also cited as a negative because it would be extremely difficult to achieve other than nominal compliance from an Americans With Disabilities Act (ADA) standpoint.

The report said that since the town does not often get to create new recreational opportunities, when it does, it’s important that the opportunity be available to individuals of all abilities. “The topography of the site makes it very difficult for disabled individuals to use it in practice.”

Karlin said that he has accepted the fact that it’s necessary to give up on the Buena Vista site. “I’m pretty sure they’re not going to change their mind,” he said.

This is the sixth site that has been considered for a dog park, and all have been rejected for various reasons, ranging from neighborhood opposition (Fernridge Park, Home Depot/Charter Oak) to land ownership (Whole Foods/Trout Brook land partly owned by DEEP and MDC Reservoir). A proposed site near South Street was determined to be too far from the center of town.

Because of the number of sites that have been considered and ultimately rejected, Slifka and Hall both said they believe that the town has currently exhausted the possible site locations and will not expend any resources in the near future reviewing new sites.

“We appreciate how disappointed, how angry some of them are going to be,” Slifka said.

Karlin said that the West Hartford Dog Park Coalition will continue to move forward. “I do believe there are other places to put a dog park, now and in the future,” he said.

“I don’t think that’s a reason to give up,” said Karlin. “When you find something and it doesn’t work, you use it as a learning opportunity.”

Karlin said that although he believes that the property was far enough away from homes according to “normal city planning, normal town planning standards” to not negatively impact neighbors, “I guess it’s just not far enough away for the people of West Hartford.” He said the group will look for new sites that are even farther away from people’s homes.

“Not this year, but progress takes time,” Karlin said regarding the group’s timeframe.