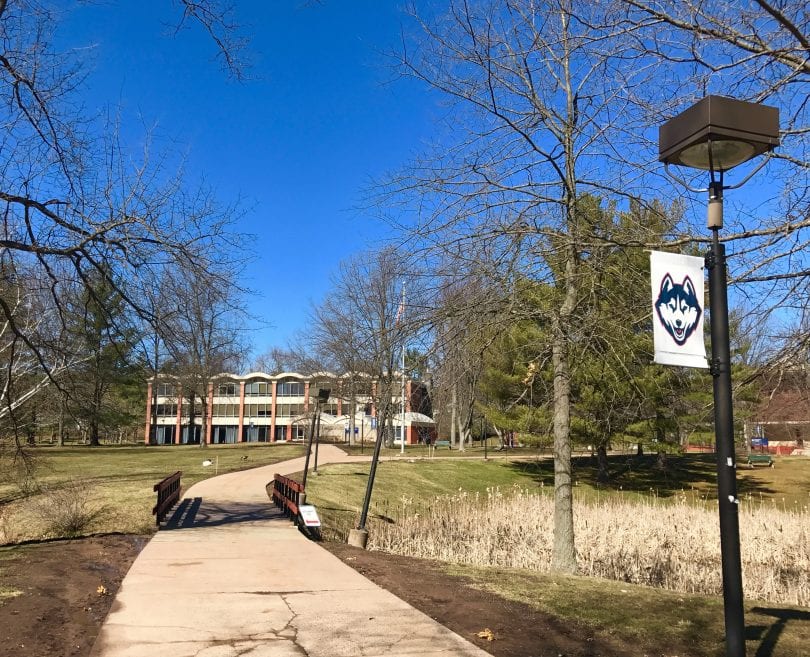 The West Hartford Town Council voted Tuesday night to authorize Town Manager Ron Van Winkle to offer $1 million for the property, and that offer was approved by UConn on Wednesday.

UConn’s Board of Trustees met Wednesday morning, and unanimously approved an offer by the Town of West Hartford to purchase the Greater Hartford campus for the sum of $1 million dollars.

West Hartford Town Council members who voted Tuesday night in favor of the decision to move forward with the purchase, for a sum that is just 20 percent of the original price in a purchase and sale agreement entered into last July, expressed opinions that although there are other costs associated with owning the property, the $1 million cost is a good deal and would provide the town complete control over a rarely-available large parcel of land.

West Hartford Mayor Shari Cantor, who is a UConn trustee, did not discuss the deal and abstained from voting Tuesday night..

“Both UConn and the town believed that West Hartford should make decisions about the future of the Greater Hartford campus property, ” Scott Jordan, UConn’s executive vice president for administration and chief financial officer, said in a statement Wednesday after the Board of Trustees vote.

“Our shared goal was for UConn to sell the property to the town at a price that was affordable for the town, given the environmental costs associated with the campus, and their potential budget challenges. This agreement accomplishes that,” Jordan said.

“It’s a great price,” he said, and will provide the town with a variety of opportunities.

“Now we will figure out what to do with it, and start discussions with neighbors about the future of the property,” Van Winkle said.

Those discussions will begin after the purchase and sale agreement is signed, but do not need to wait until the town owns the property, he said. Conversations could begin as early as this summer.

UConn will vacate the 58-acre campus in West Hartford and will move to its new downtown Hartford campus for the fall 2017 semester. The University has been in discussions with West Hartford about the future of the property since the move was announced.

UConn spokesperson Stephanie Reitz, in an article posted on UConn Today, wrote that the “arrangement lets UConn avoid the risk of long-term maintenance costs at the site after operations move to Hartford, and provides the ability to recoup a significant portion of the value with the 90 percent share of the resale price.”

UConn was willing to renegotiate the price to $1 million “in light of potential environmental issues at the site and the town’s budget challenges.” During the due diligence period, a consultant hired by the town found a greater-than-anticipated level of PCBs in one of the campus buildings and in the surrounding soil.

The new purchase and sale agreement will include a clawback provision so that if West Hartford sells the property to a private developer, 90 percent of the purchase price above the $1 million paid by the town will go to UConn. The clawback will remain in effect through Oct. 1, 2026. The previous contract between the town and UConn also had a clawback, which would have expired in October 2024.

“We are very pleased that the town will be able to control this important property and determine its future use in the best interests of West Hartford and its residents,” said Jordan.

The 58-acre parcel, which is in a residential zone, includes five buildings and parking for 1,050 vehicles. The portion of the property on the east side of Trout Brook Drive includes several baseball fields, including the Miracle League of CT accessible field, and a playground.

Representatives from the Town of West Hartford and UConn will work together to complete the terms of the purchase and sale agreement and execute that contract.

According to a memo from Jordan to the Board of Trustees, provided to We-Ha.com, the terms of that agreement will specify that the town’s remaining balance for the purchase, $750,000, will be due at closing on Oct. 1, 2017. West Hartford has already paid UConn $250,000 as a deposit.

UConn plans to use funds from the sale to offset its costs associated with the move from West Hartford to downtown Hartford.