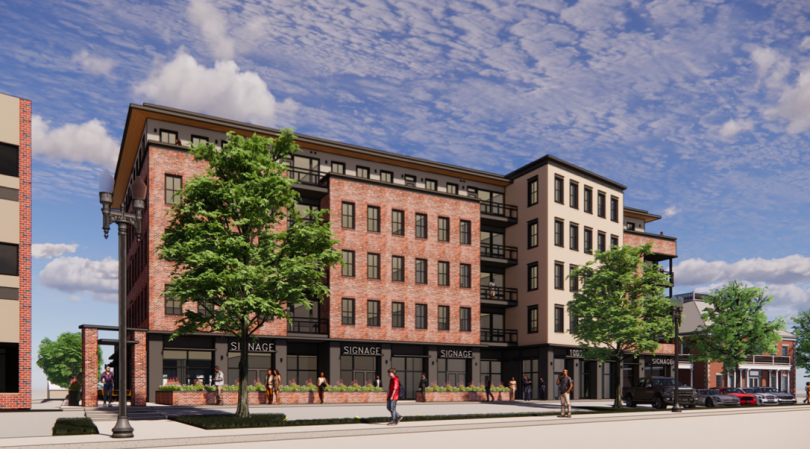 This has been a week so full of emotions that I don’t even know where to start. I do promise to try to be brief because despite the best of intentions I did not manage to write this column on either Friday or Saturday, and I have a narrow window of opportunity to complete it Sunday morning before the rest of the day’s activities fully commence.

Regarding the overturning of Roe v. Wade, I have no words. As a former student of political science, as a long ago Capitol Hill intern, as someone who personally had two D&Cs after miscarriages before my daughter was born (which in some states may not be so easily accessible now), and as someone who has been reporting on the actions of government (primarily local) for decades, it is a gross understatement to say that I am deeply troubled by the actions of the Supreme Court, what this means for the rights of women in many states right now, and what may transpire as other Court decisions and precedents that have grown to form the backbone of a country that strived to ensure equal rights are challenged. I’m very glad I live in Connecticut.

All politics are local, and here’s a link to some of the statements by our local and state leaders on Friday. More perspectives were shared at Saturday’s “Out Loud!” rally that preceded the West Hartford Pride festival.

The past few days have been very emotional for me on a personal level as well.

A week or so ago I played Taylor Swift’s “Never Grow Up” for Sam, who today moves into his “new apartment in a big city.” I always keep my running playlist on shuffle and was telling him that the song had randomly come on the day of his graduation from Conard in 2016, just as I ran by the stadium where he had played countless soccer games, and I had been thinking about that in the spring of 2017, right as Katie was about to graduate from college and the song came up again as I ran by Conard. Wouldn’t you know, Saturday morning, as I finished up my early morning run, my playlist chose “Never Grow Up” again.

Of course I want my kids to grow up, and I’m so proud of both of them, but it’s still bittersweet. I’m so excited for Sam to be moving on to this new phase of his life, to be moving him into his new apartment in South Boston today, as he prepares to start a dream job as an economist with HDR on July 5. Although we were empty nesters when Sam started college in 2016, he was closer, and he came back for summers, and then for COVID. This is really empty nesting.

Facebook also reminded me on Sunday morning that five years ago to the day my sister and I helped our dad move out of his Stamford condo to Florida. Before he left we drove him past our childhood home, and to the cemetery where our mom is buried. He hasn’t returned to Connecticut since then, and is no longer able to travel.

Also bittersweet was a fabulous sunset dinner my friends and I enjoyed at Rockledge Grille on Friday night.

I’ve lived on my same West Hartford street for 24 years. It’s where my kids grew up with a core group of neighborhood besties – playgroups at each other’s backyard playscapes, splashing in the little plastic pools, manhunt on summer nights when they were a little older – and the parents were the best of friends as well. In just a few days Ted and I will be the only ones left who can call Rockledge our neighborhood hangout.

While our service at Rockledge Friday night was as excellent as the sunset, we had a chance to chat with owner Chip Kohn of The Beachland Group. Staffing continues to be a challenge for restaurants, and many other businesses, and he urged everyone to please be patient as the struggle is real.

If you’ve seen the viral Facebook post apparently written by a flight attendant also urging patience, it’s just part of the reality we are in right now. As they say, you catch more flies with honey … 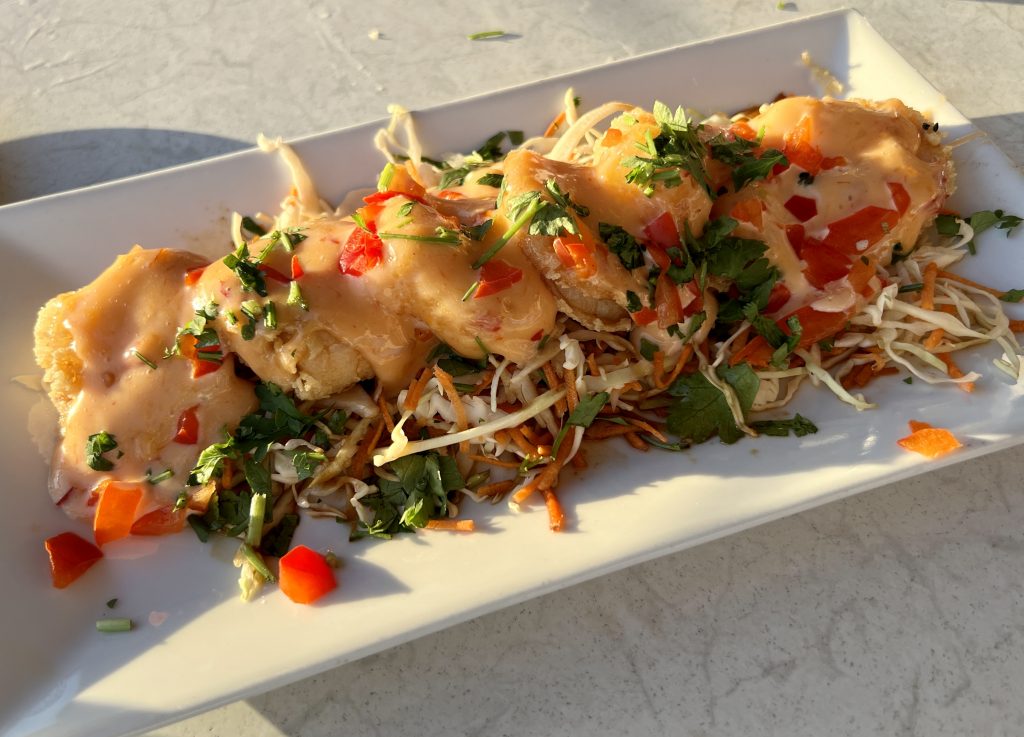 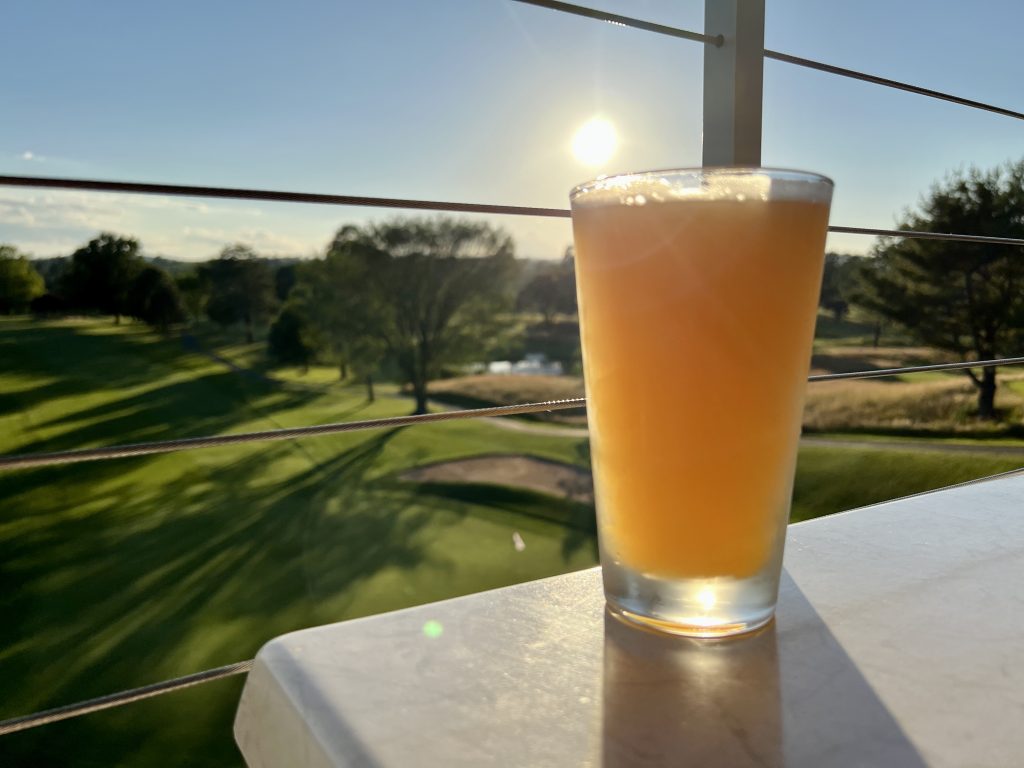 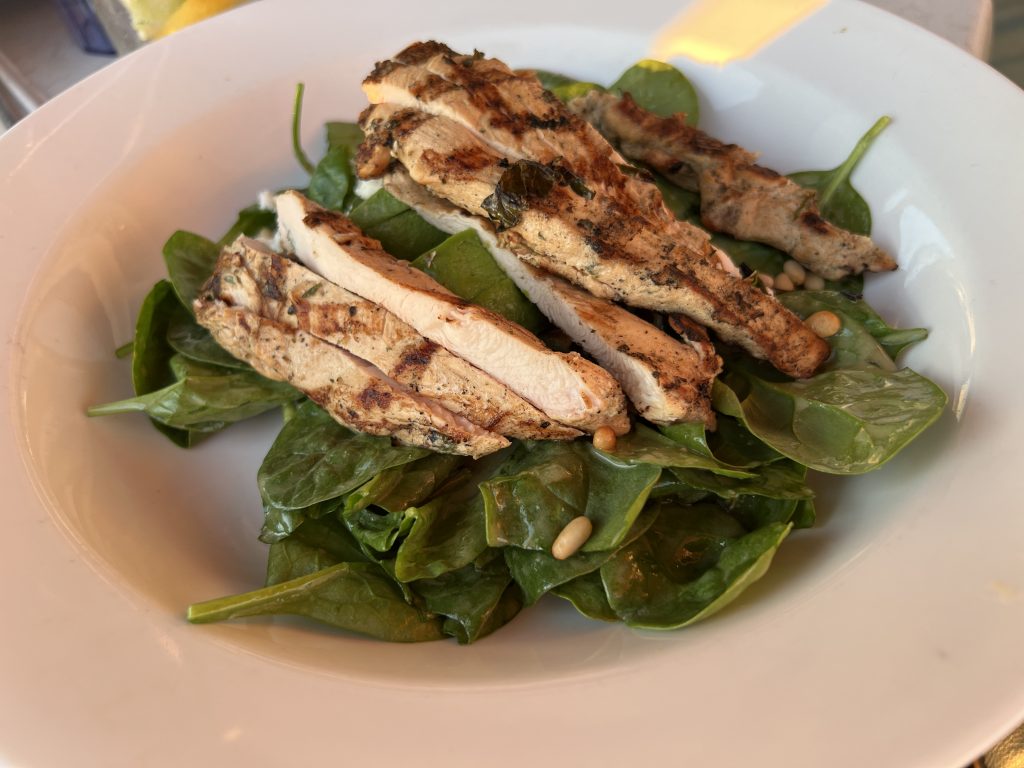 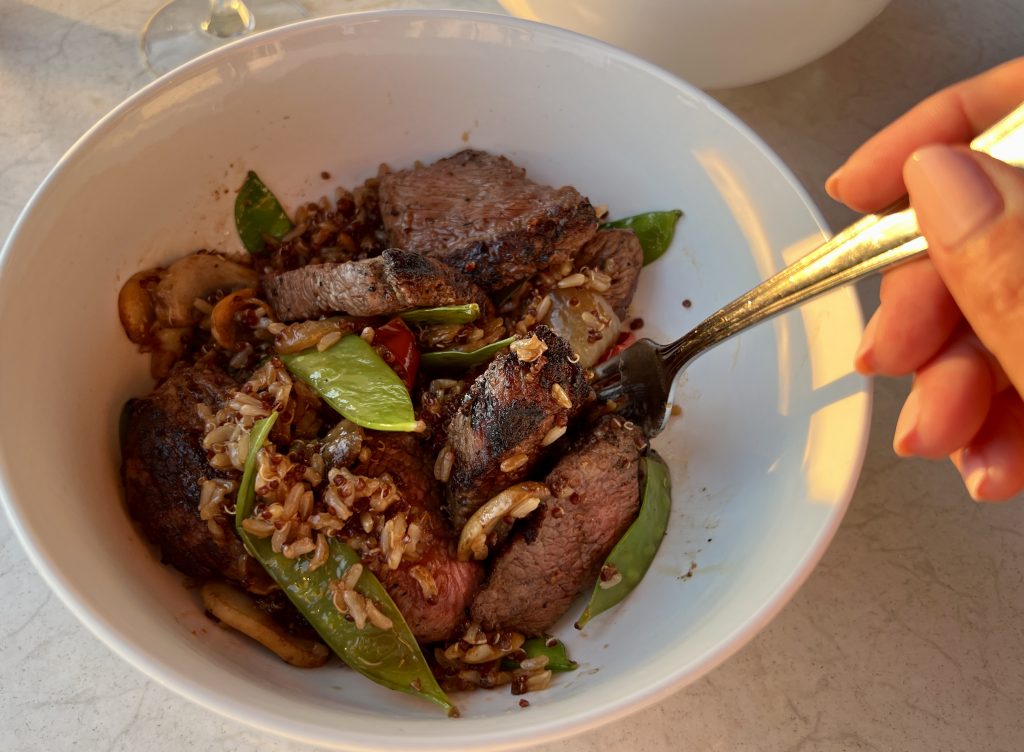 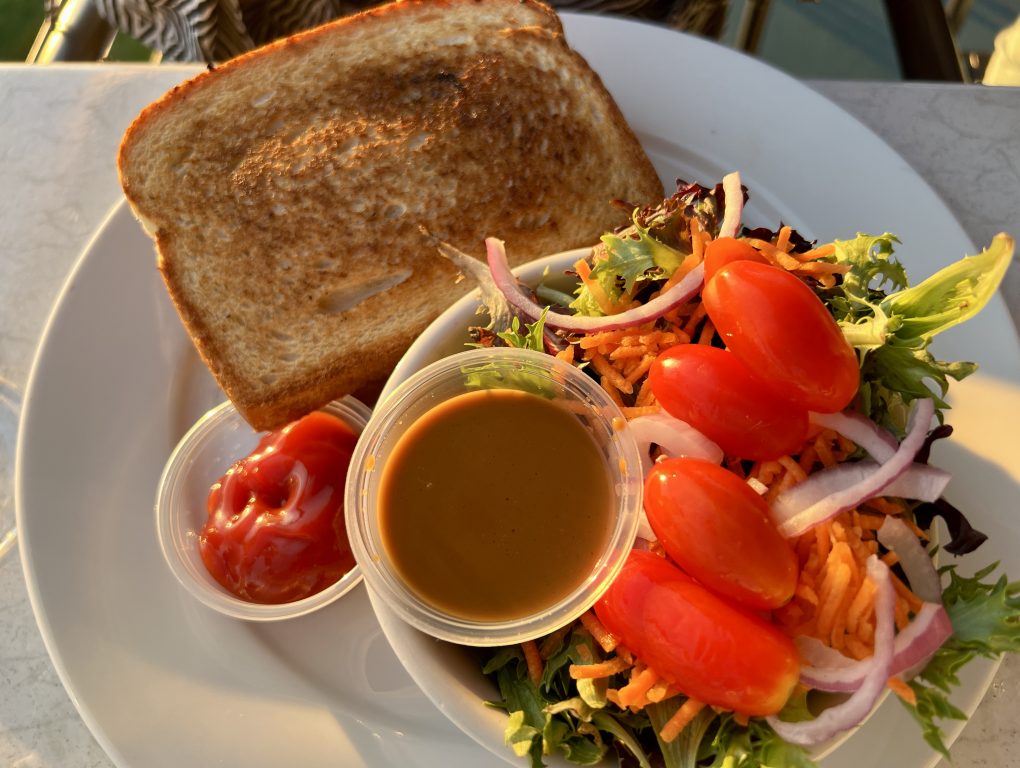 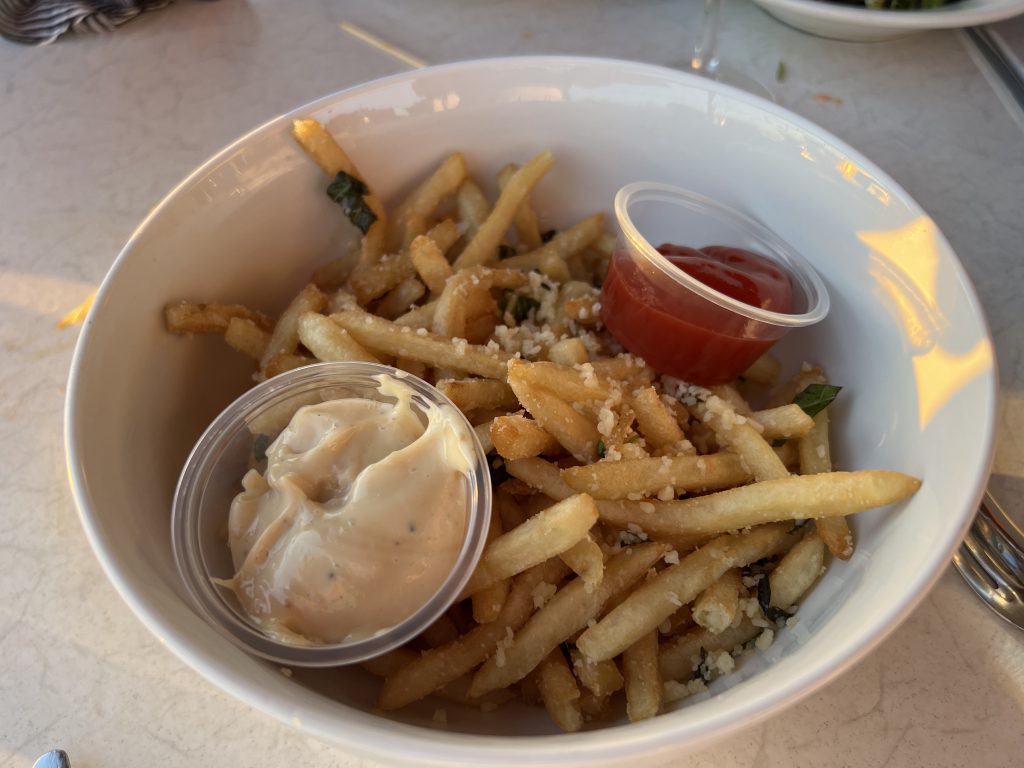 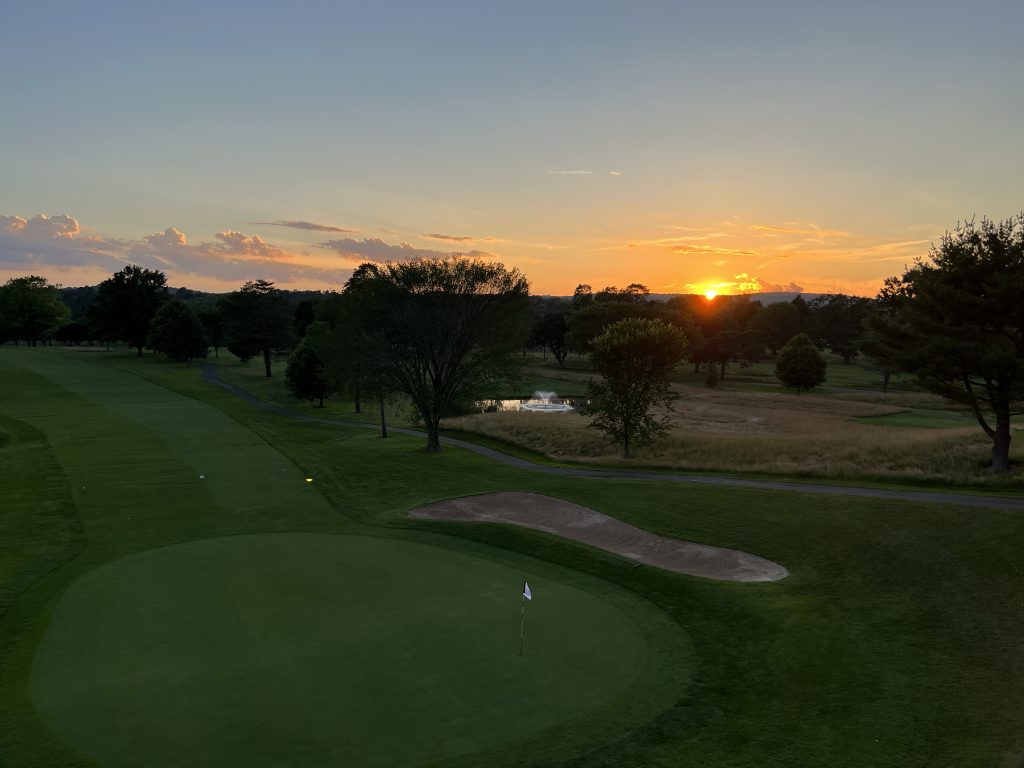 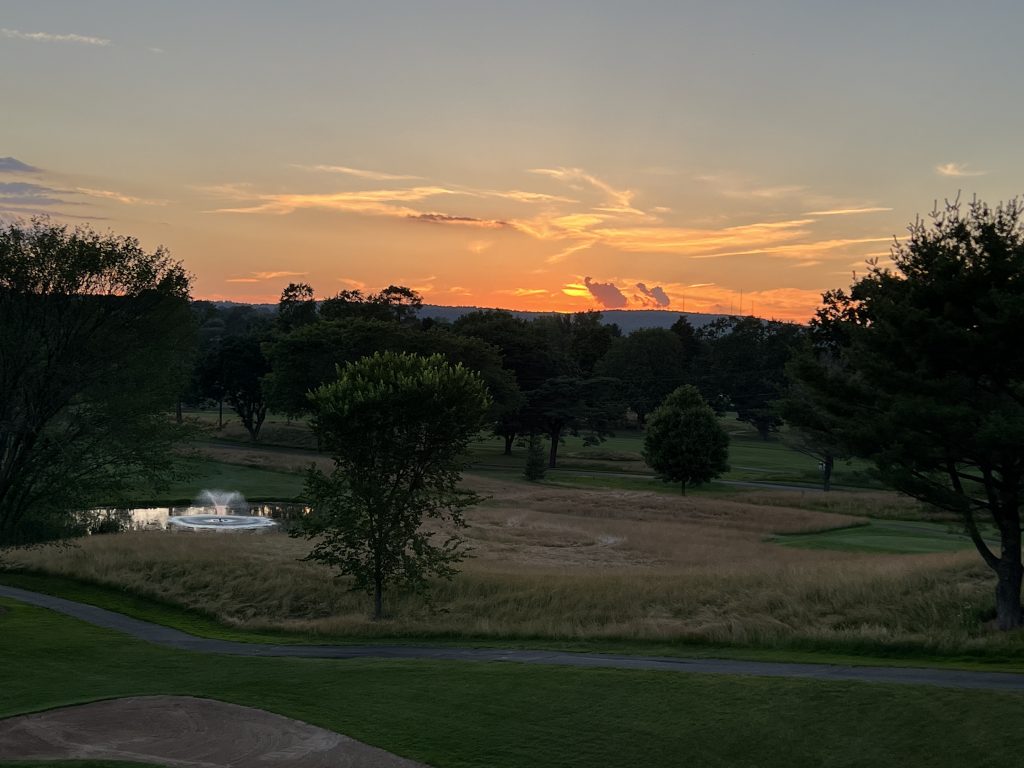 One major housekeeping note: There will NOT be a newsletter on Monday, July 4! If there is enough Business Buzz for the holiday week, the column will appear on Wednesday, July 6.

West Hartford is still in the COVID-19 red zone, and has been since April, but the case counts are still on the decline, a trend that has been continuing for the past month or so. One day I hope to be able to delete this paragraph completely, but in the meantime, please have patience with each other and our choices, continue to look out for each other, support our local businesses – and stay safe and healthy. 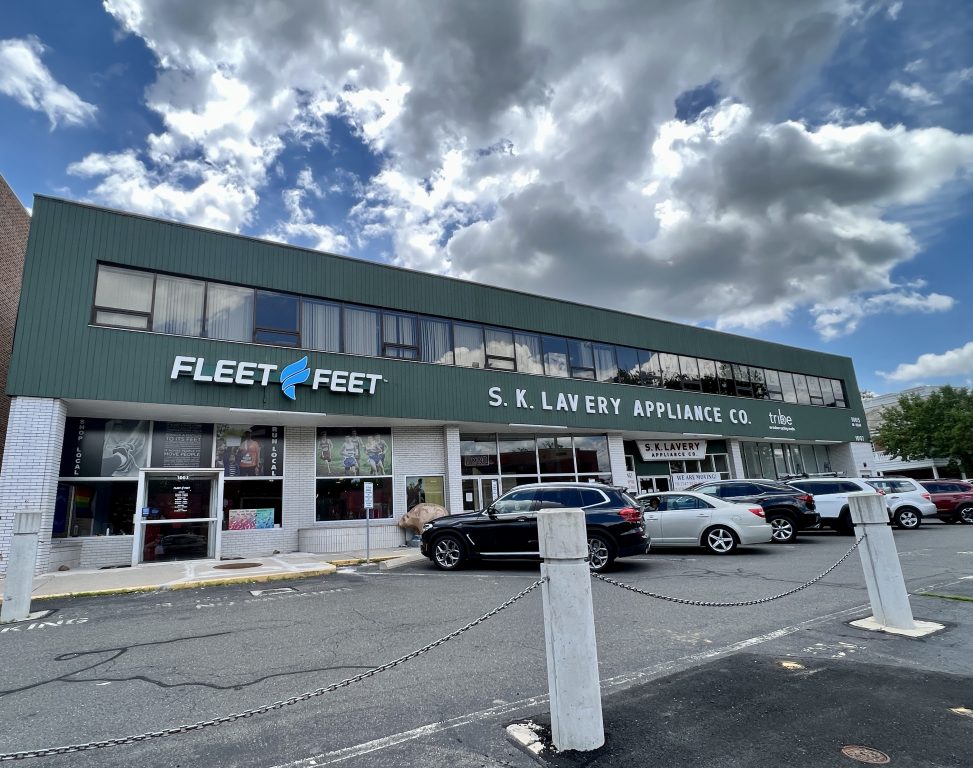 The Town Council will soon be considering a proposal for 1003-1007 Farmington Ave. Photo credit: Ronni Newton 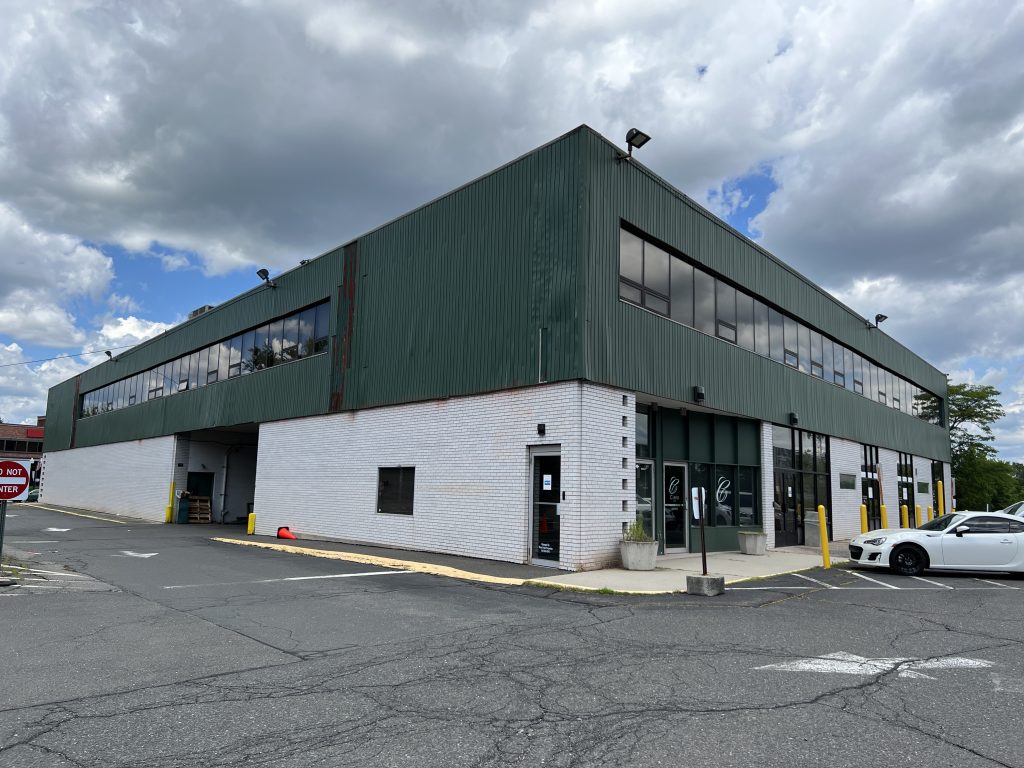 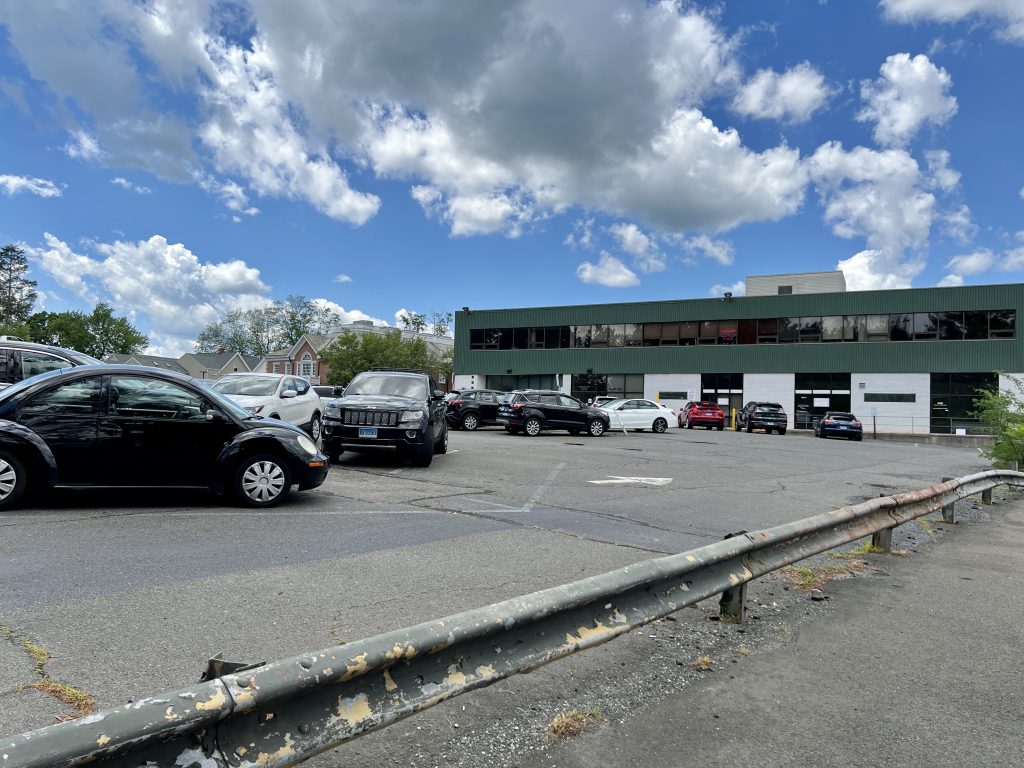 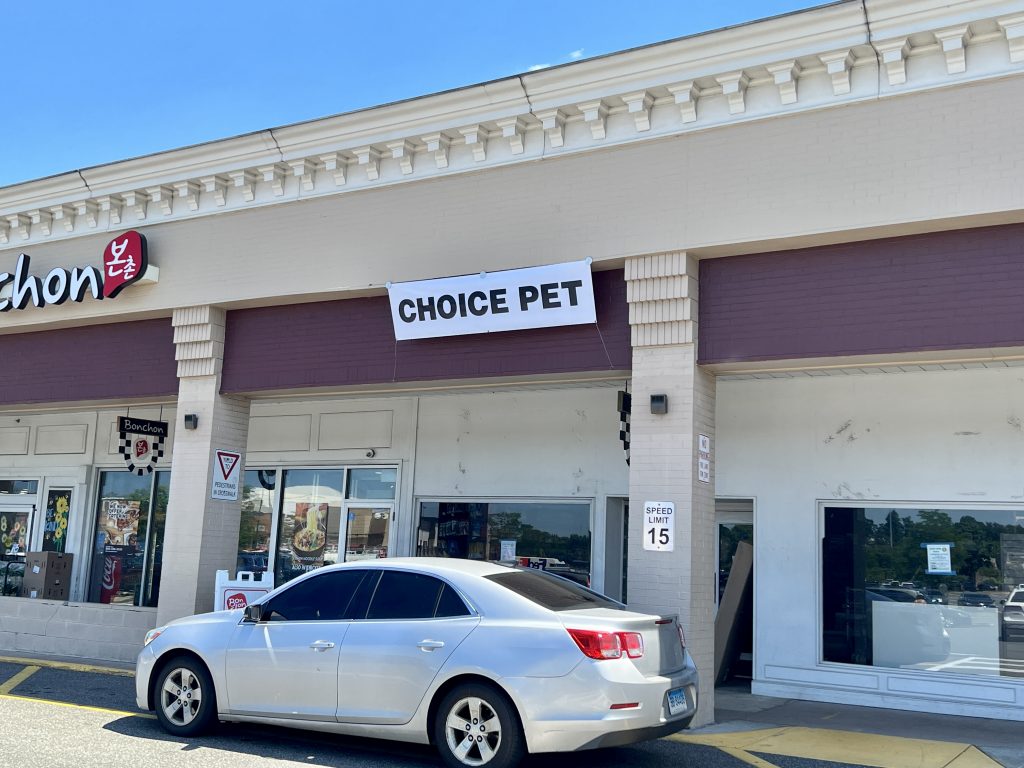 Choice Pet is now listed on the lease plan for Regency Center, and a sign on the door says they will be opening soon. Photo credit: Ronni Newton 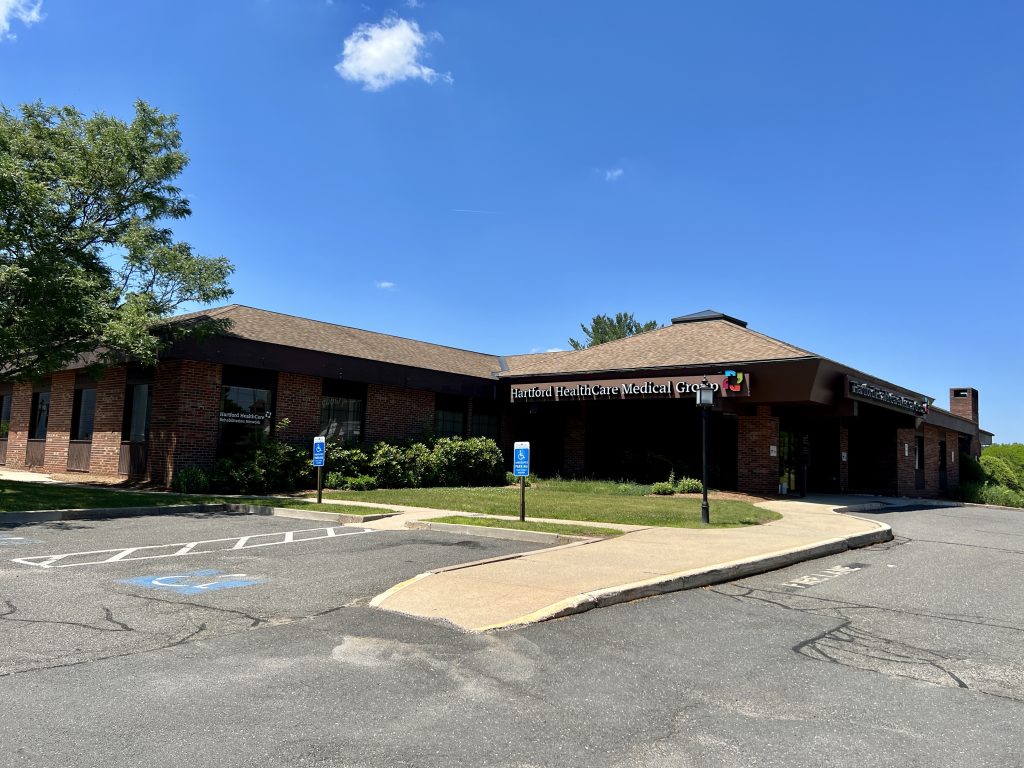 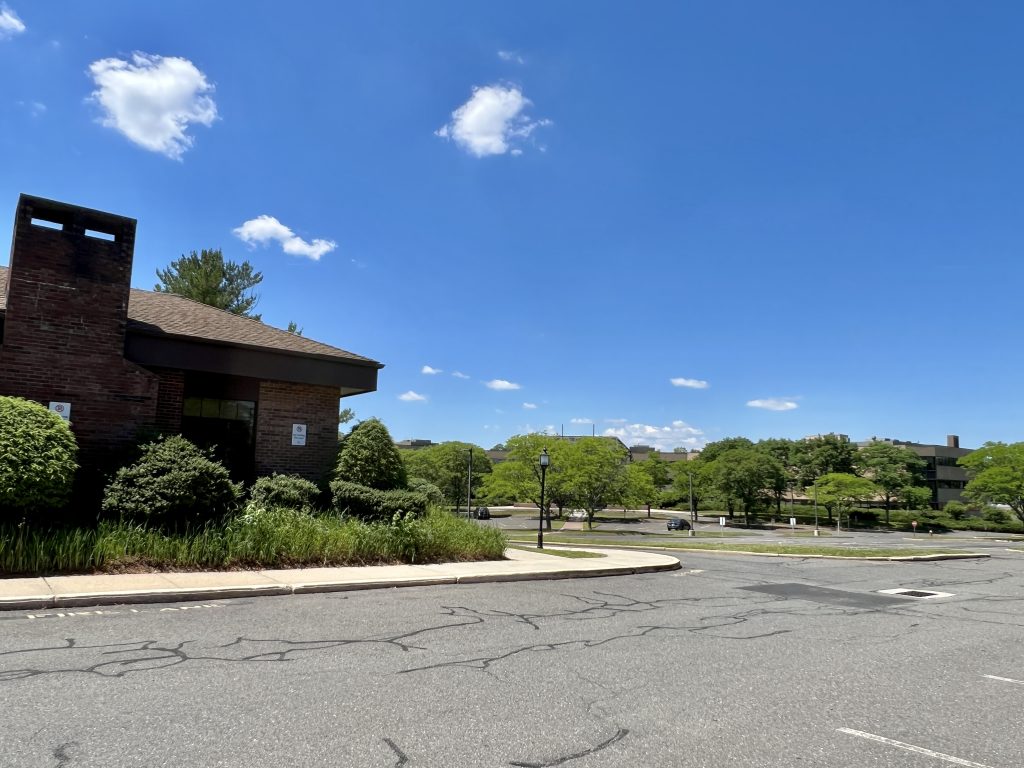 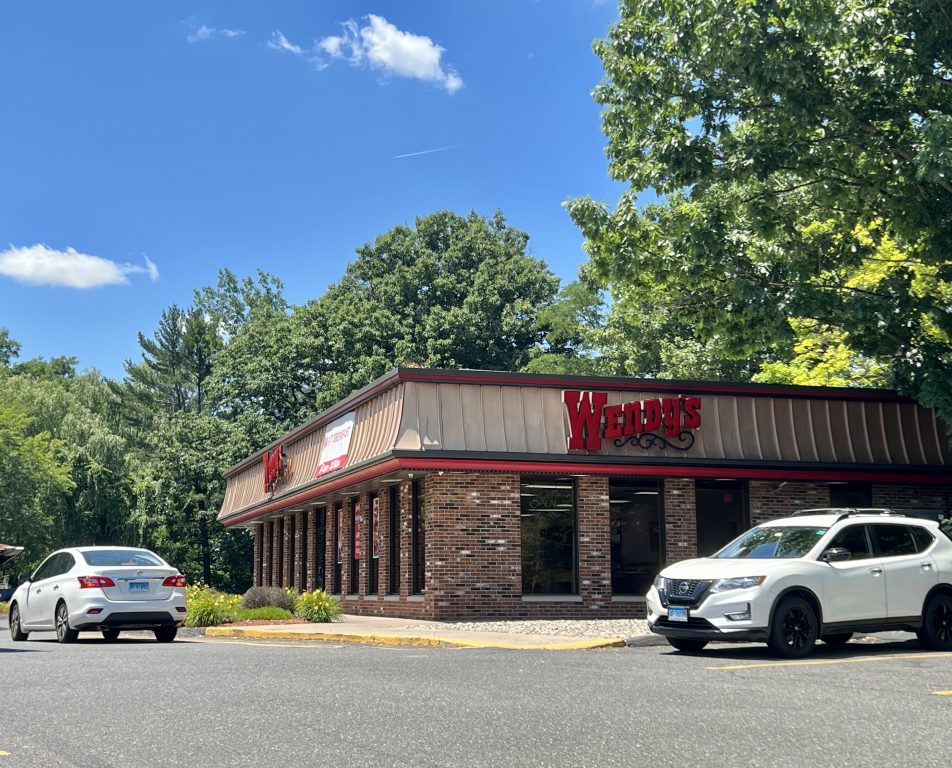 Plans are in the works for a rebuild to include the addition of a drive-through at the Wendy’s opposite Westfarms. Photo credit: Ronni Newton 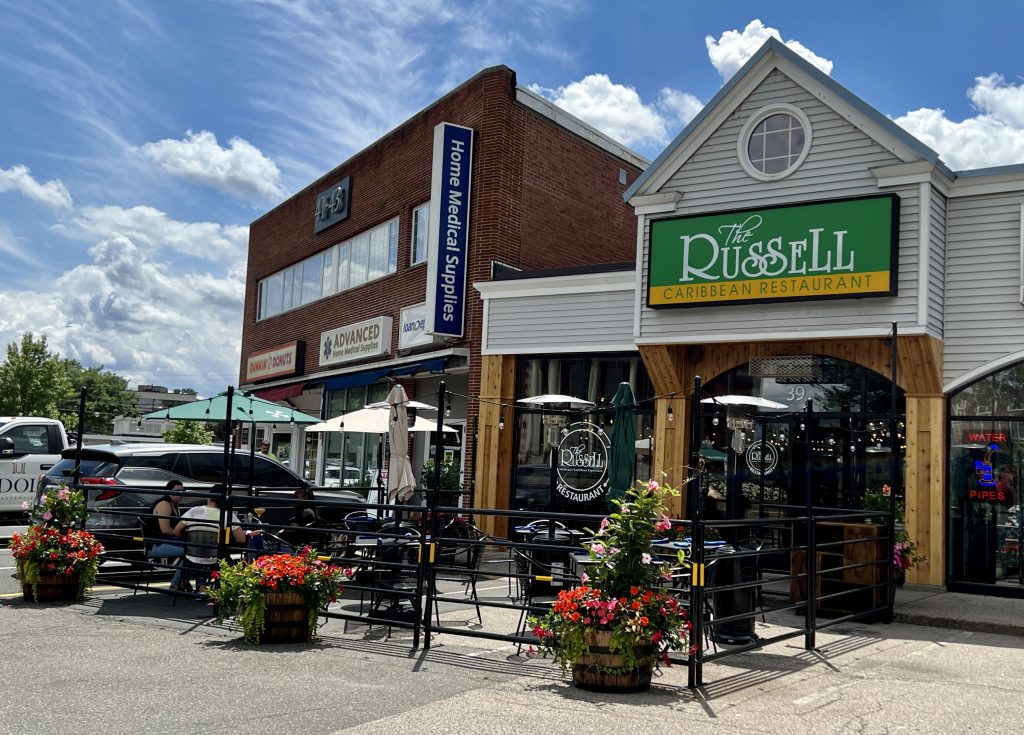 Courtesy of The Bridge Family Center 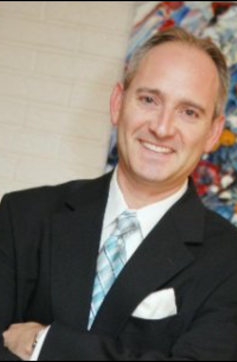