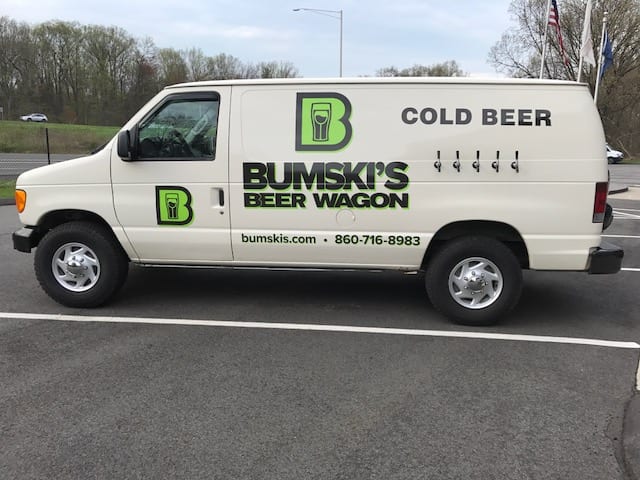 Bumski's has expanded its fleet to include a mobile beer wagon. Courtesy of Jamie Czajkowski

I hope everyone had a Happy Mother’s Day on Sunday!

I usually write this column on Sunday (often late on Sunday night), but I decided to write most of it on Saturday so I could enjoy a relatively work-free Mother’s Day. Thank you to Katie, Sam, and Ted for making my Mother’s Day so special and relaxing!

Saturday night was the Mayor’s Charity Ball (click here for the photo gallery!). Great food, great music, and a wonderful time as Mayor Shari Cantor helped raise funds for the Playhouse on Park and The Town That Cares Fund. 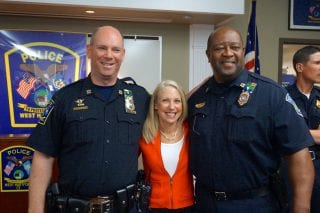 I have been to quite a few retirement ceremonies, and written about the retirement of numerous town officials and members of the police and fire departments, but none have been like the celebrations of the 28 1/2-year career of West Hartford Police Capt. Jeff Rose. He officially retired on Friday, May 4, and I attended the first of several celebrations that morning at police headquarters. On Tuesday, May 8, Rose was honored with a proclamation at the Town Council meeting, and received a standing ovation from the audience.

This past Friday, May 11, a larger “official” retirement party for Capt. Rose was held at police headquarters. I honestly don’t think there was a dry eye in the house (among police officers as well as everyone else), when Rose, his own voice breaking and tears in his eyes, spoke about all of his ranks, titles, and the names by which he has been known during his career, ended his speech with the following: “No matter what I’ve been called, I’ve always been a West Hartford Police officer, and that’s a title for which I am most proud and one I will carry with me for the rest of my life. I can honestly say that we have the finest police department, the finest police officers, and the finest human beings I have ever known. So at this time, on May 11, 2018, the time is 9:15 a.m., district 20, badge 203, I’m 10-1. That’s all there is. There isn’t any more.”

Congratulations and best wishes to you, Jeff, as you enjoy your work on the Goat Patrol as a Goat Herder (aka working security for the Yard Goats), congratulations to your daughter, Maggie, on her upcoming graduation from Notre Dame next weekend – and don’t be a stranger! 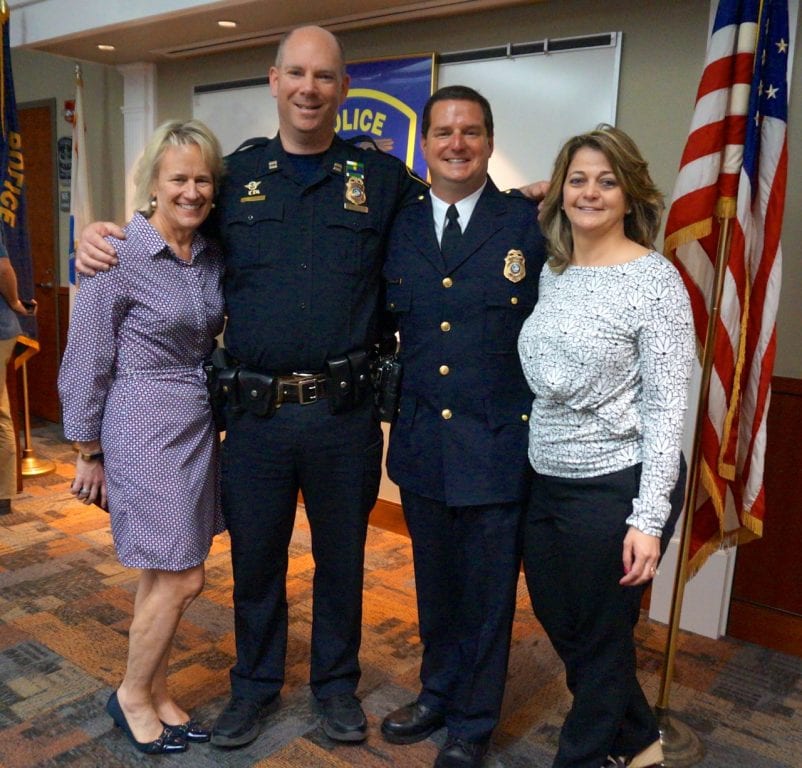 And congratulations also to Michael Perruccio, who was also honored Friday morning for his promotion to captain, and who will assume the role of Support Services Captain!

There are more photos below of Jeff, Mike, and their families from Friday morning’s ceremony!

On another note, I’m looking forward to introducing readers to the two interns who will be joining We-Ha.com for the summer as of Monday. You’ll be hearing more about – and from – UConn journalism students Ryley McGinnis and Maddie Geerlof very soon! 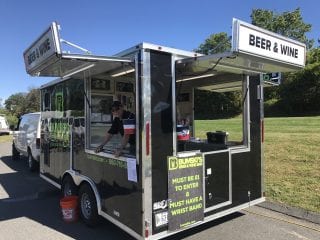 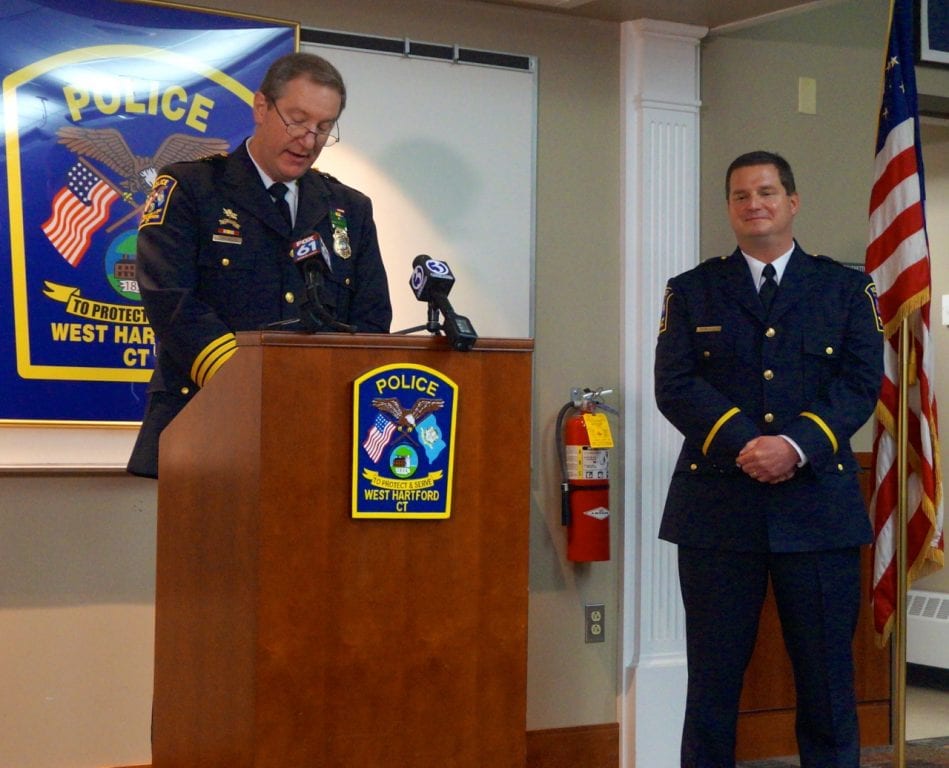 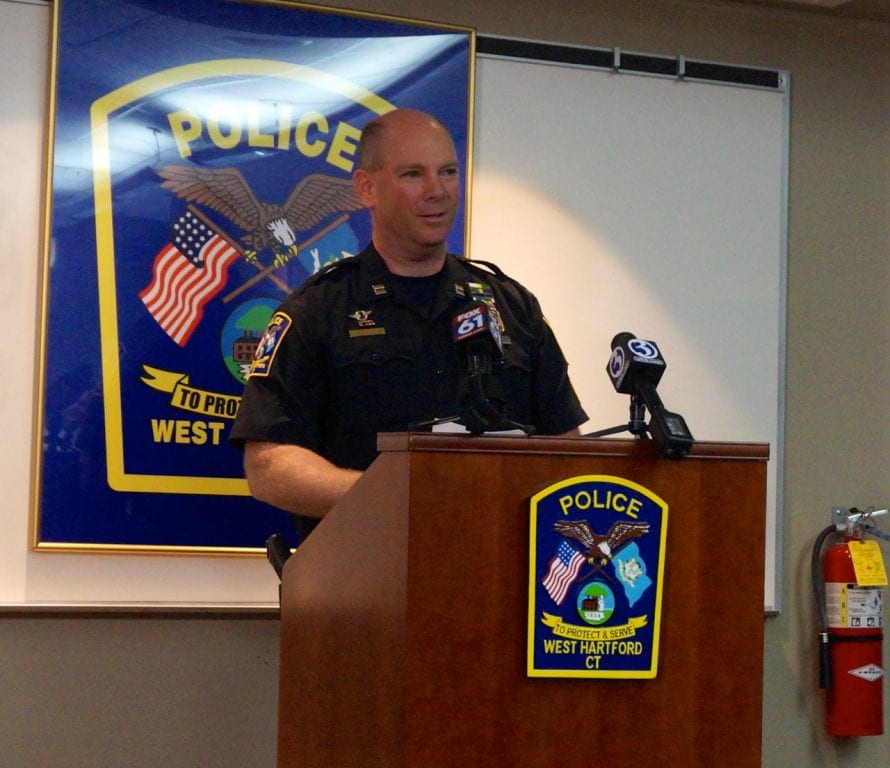 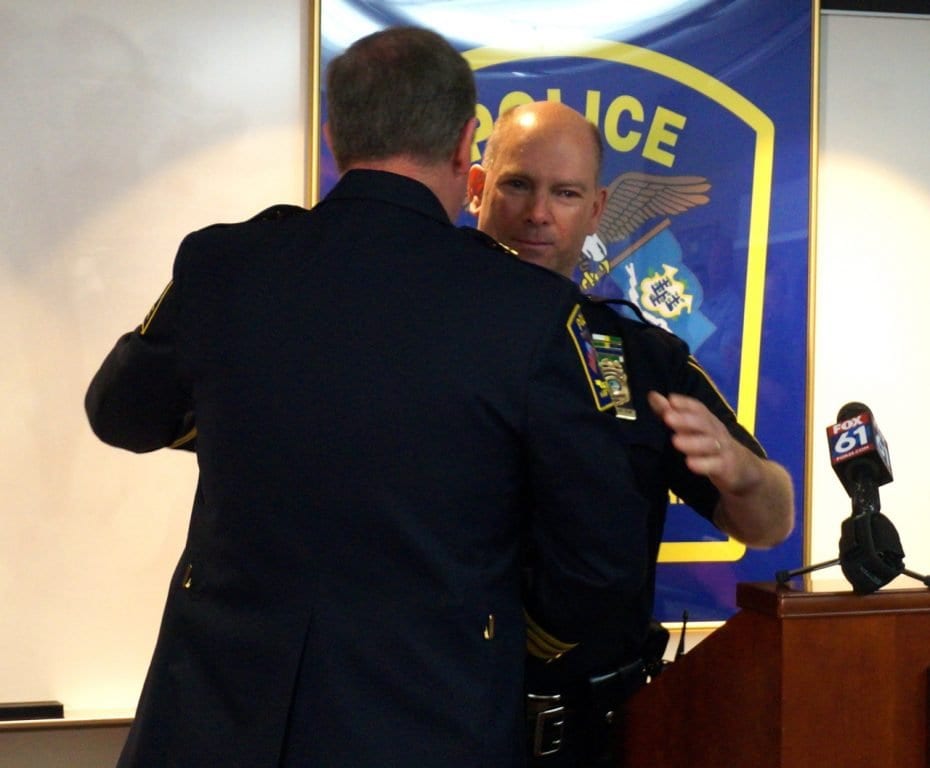 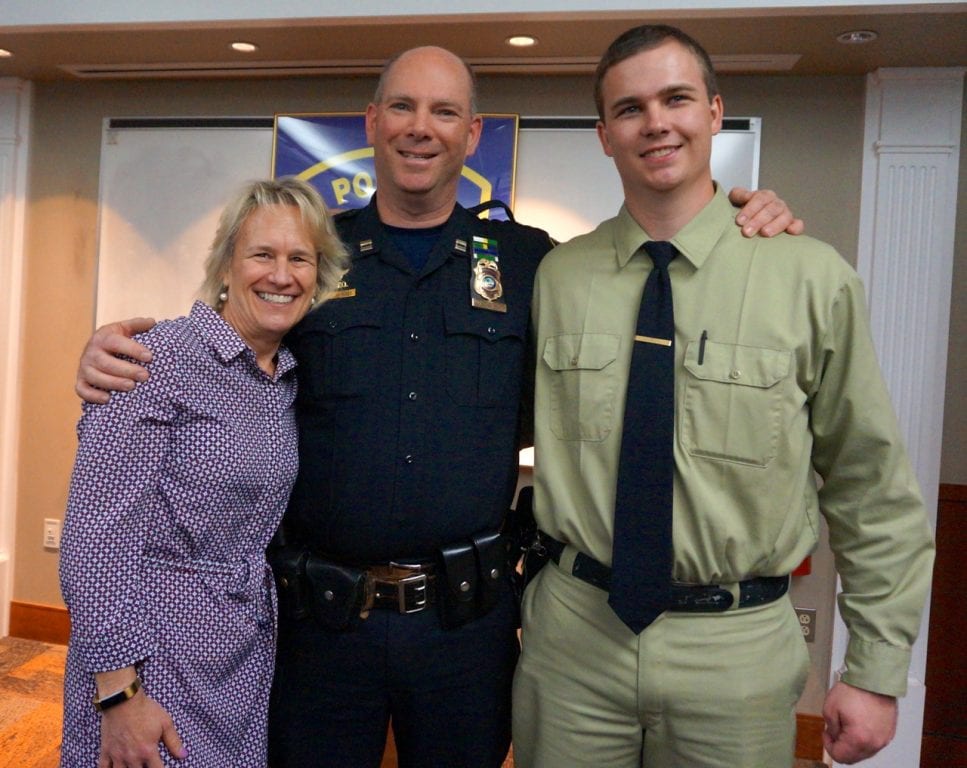 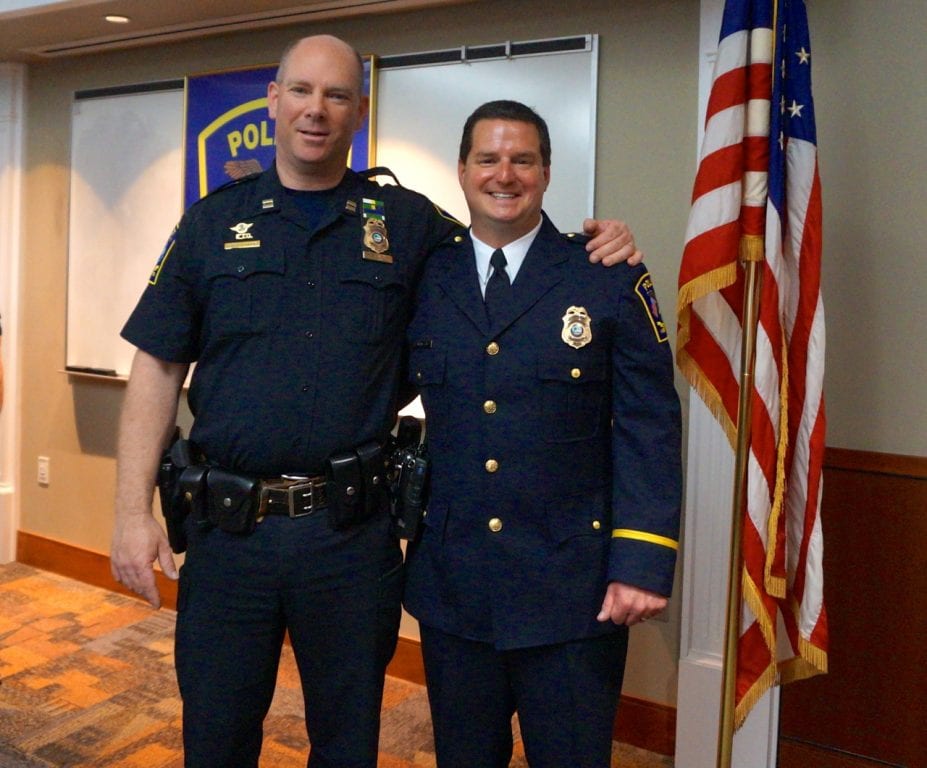 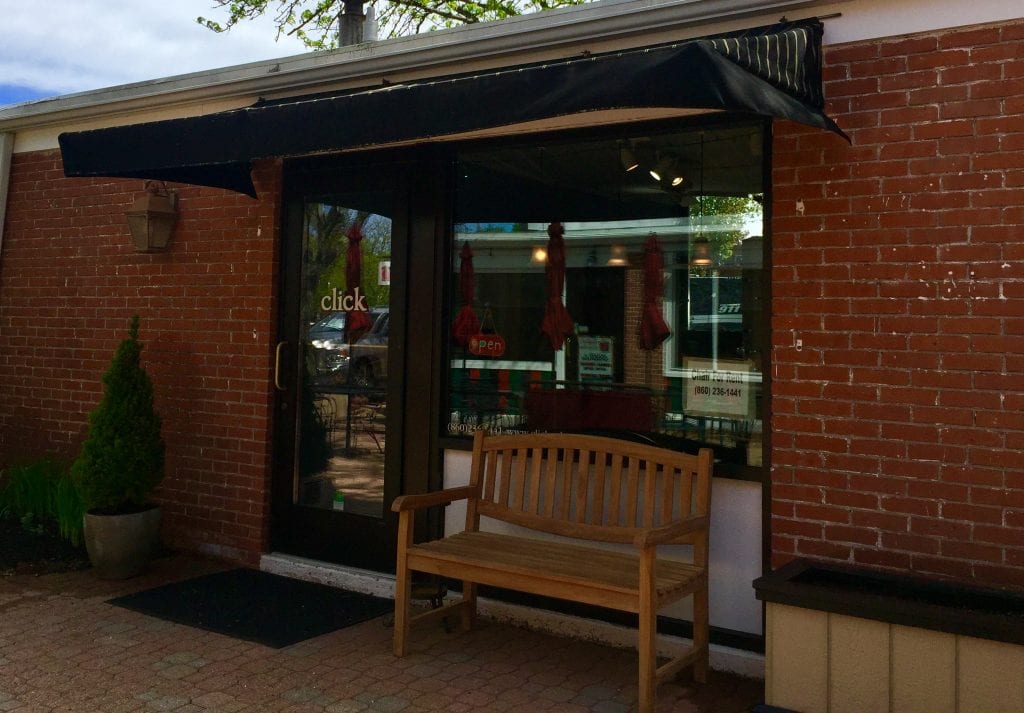 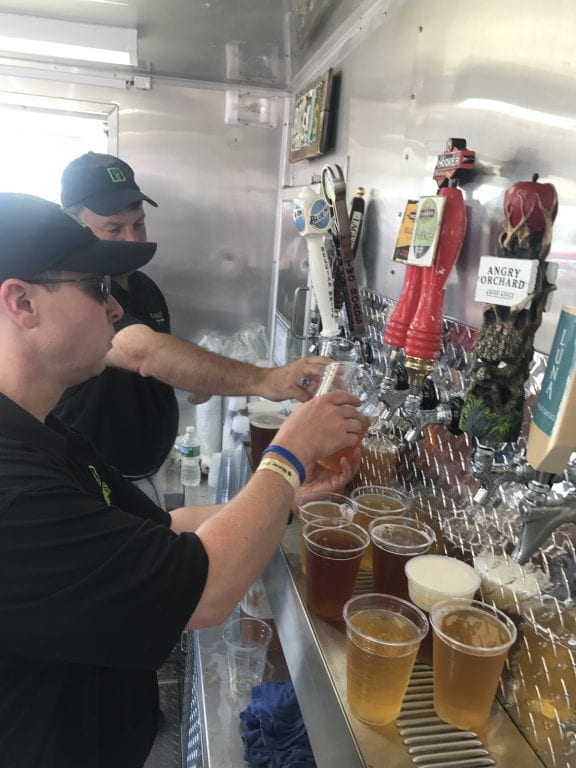 25 half kegs can fit inside Bumski’s mobile bar, giving customers the abiltity to serve a wide variety of beer, wine, cider, and specialty cocktails. Courtesy of Jamie Czajkowski 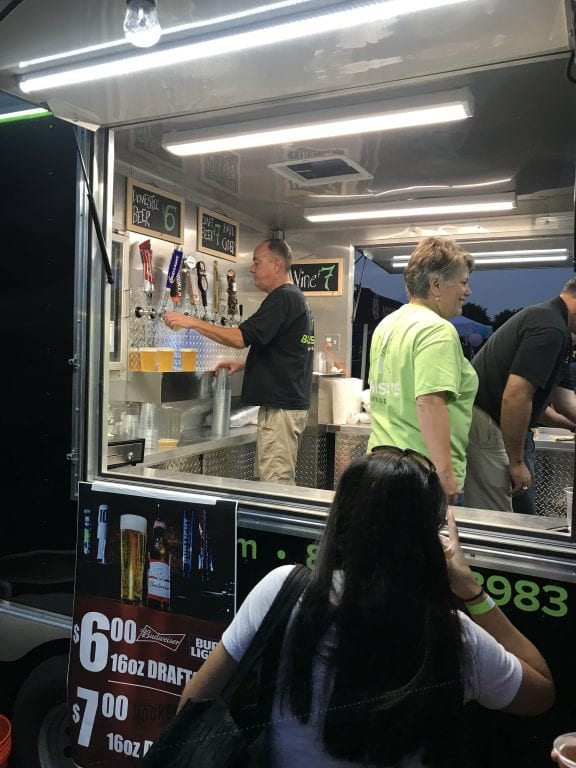 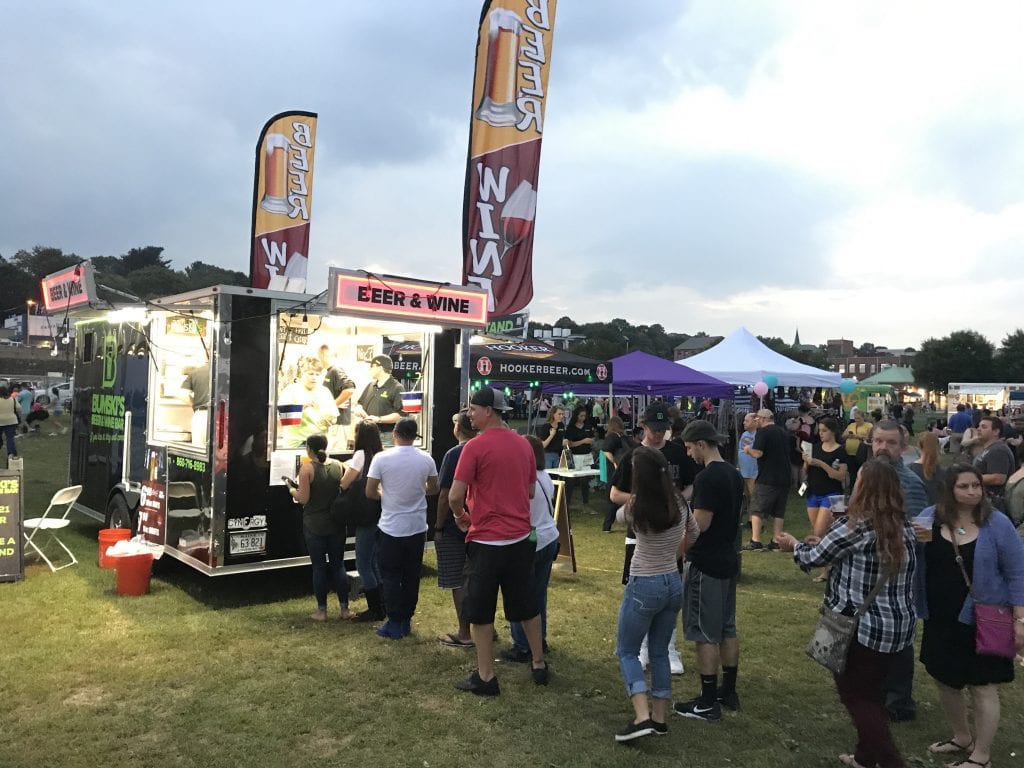 Bumski’s mobile bar at a festival. Courtesy of Jamie Czajkowski