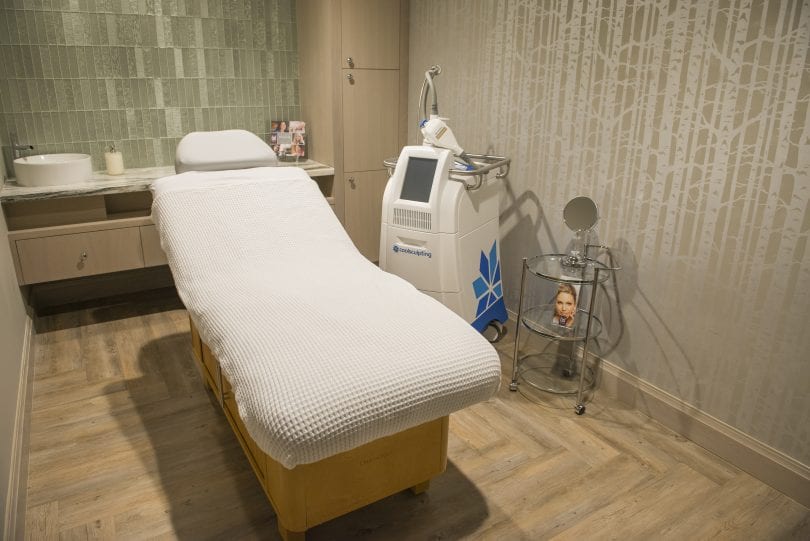 The Medspa, located within the spa at the Delamar West Hartford Hotel, offers non-invasive medical and aesthetic procedures performed by a board-certified nurse practitioner, and under the direction of a plastic surgeon. 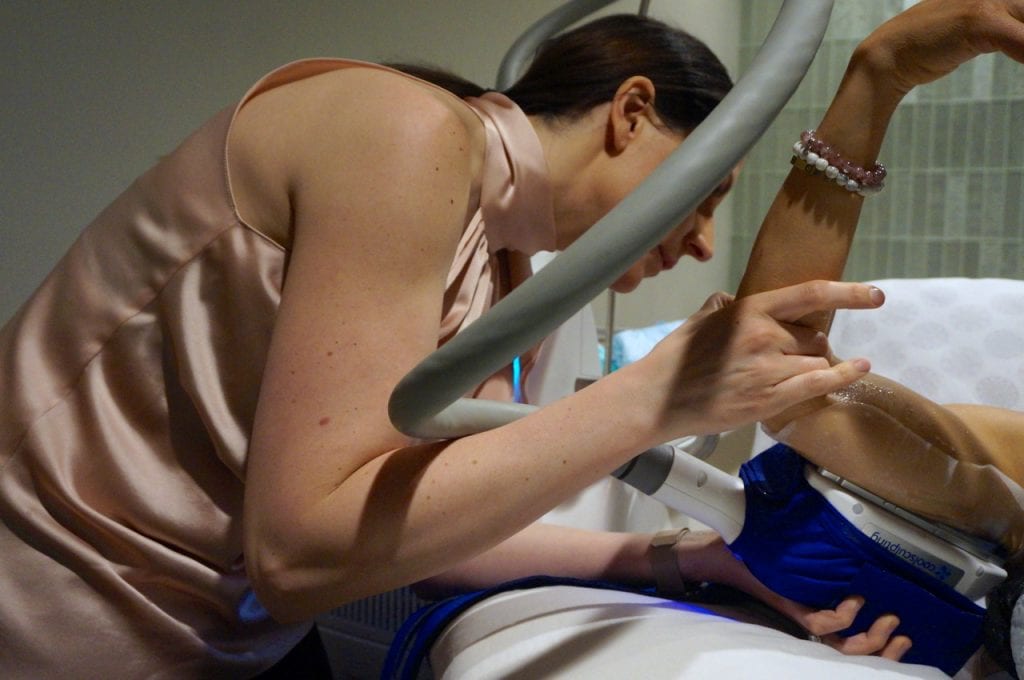 The Delamar Hotel opened to guests in September 2017, and its spa, featuring European skin treatments and massage as well as nail, makeup, and hair services opened in December, but now West Hartford’s luxury hotel can add another significant amenity to its offerings with the opening of The Medspa. 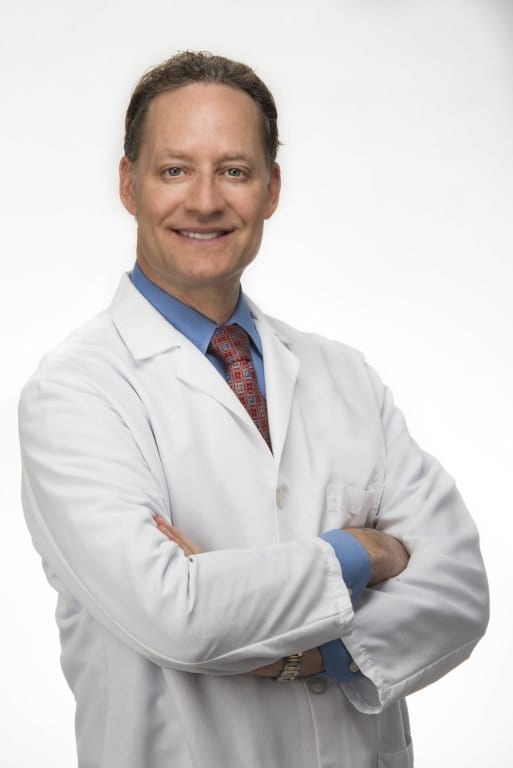 “We are the only medspa in a five-star hotel in New England,” said Roni Rodman, director of operations for The Medspa at the Delamar.

Dr. Glen Brooks, a board-certified plastic surgeon who has been in practice since 1992, serves as medical director of The Medspa. Brooks does not just hold the director title in name; he’s on site every Tuesday consulting with patients, Rodman said. “It’s unique to this office to have a medical director that takes clients,” she said.

Brooks is Harvard trained and his practice is based in Longmeadow, MA, where it has been named “Best Place for Cosmetic Surgery” in the Valley Advocate Readers’ Poll year over year. He has been named one of Allergan’s 2018 “Top 500” physicians, along with other industry leaders who skillfully provide Allergan’s full portfolio of aesthetic products.

Treatments at The Medspa are delivered by board-certified nurse practitioner Caroline St. Clair, APRN, who holds bachelors and masters degrees from UConn. Her specialty is cosmetic dermatology, and she is “highly skilled and trained in administering dermal fillers, wrinkle relaxers, laser, and body sculpting treatments,” all designed to make clients appear at least five or 10 years younger without invasive surgery. 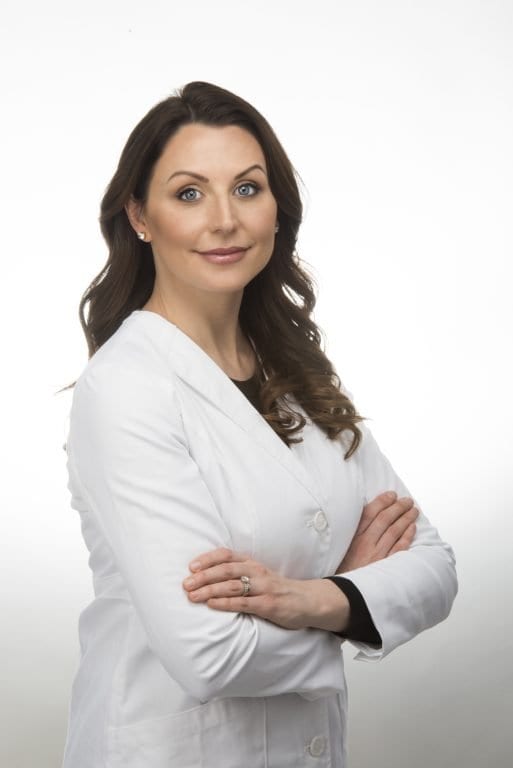 “Every single thing you have done is done by a professional,” said Rodman.”That’s unique to this space.” Rodman said that there are other plastic surgeons in West Hartford, and other medspas, but The Medspa at the Delamar is the only one that combines both.

Available treatments (descriptions provided by The Medspa) include:

Rodman said that Brooks was very careful and deliberative in plans to open The Medspa. Not only did they have to wait for the hotel – and then the spa itself – to open, but they were looking for someone who was a proven professional with at least six years of experience to administer the treatments. “We interviewed for almost a year before we found her,” she said of St. Clair.

“We took our time, because we wanted to do it right, to make sure everything was perfect,” said Rodman.

St. Clair is a “precise injector,” Rodman said. “She has the ability to make you look like what you used to look like.”

The non-invasive treatments are intended for those who are “ready to embark upon the journey to a more sculpted body or restore a more youthful facial appearance,” according to the announcement of The Medspa opening. Most require no downtime, and do not result in bruising.

For example, Rodman said, CoolSculpting “freezes” unwanted fat cells by delivering controlled cooling to the cells beneath the skin. The skin itself is not impacted. The dead cells are naturally eliminated by the body over time, and are gone for good, Rodman said.

The Medspa administers most of its treatments in the spa, but can also bring the equipment directly to a guest’s room at the Delamar. Certain CoolSculpting procedures are being offered as package, with a hotel stay and food included in the cost of the treatment.

Most of the clients are local, but Rodman said they also provide treatments to hotel guests, and can accommodate walk-ins depending on the treatment.

The Medspa is not owned by the Delamar, but like Artisan is all part of the luxury brand. Rodman said that the overall experience of being part of the hotel is extraordinary.

“The Delamar is so wonderful to work with,” she said. “Everyone is so nice here.”

The Medspa opened on April 30, although the team had been hosting private events prior to the official opening. An invitation-only grand opening celebration will be held on Thursday, May 31.

To schedule an appointment, call 860-937-2468. The Medspa at the Delamar is open weekdays from 9 a.m.-5 p.m., and private weekend appointments are available upon request.

More information about the Delamar West Hartford Hotel can be found on its website. 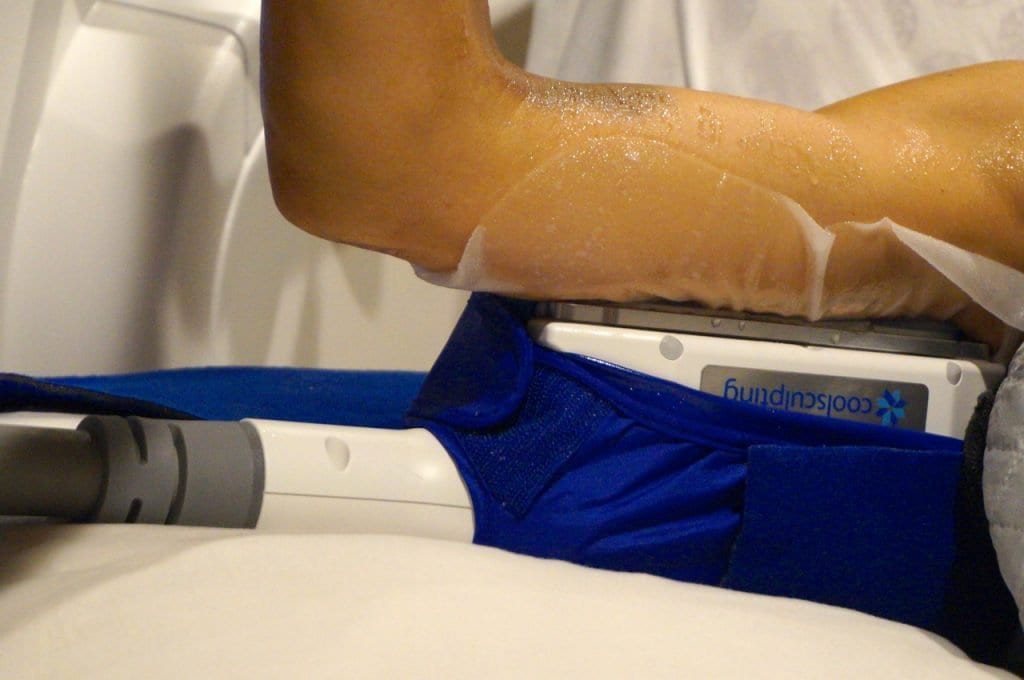 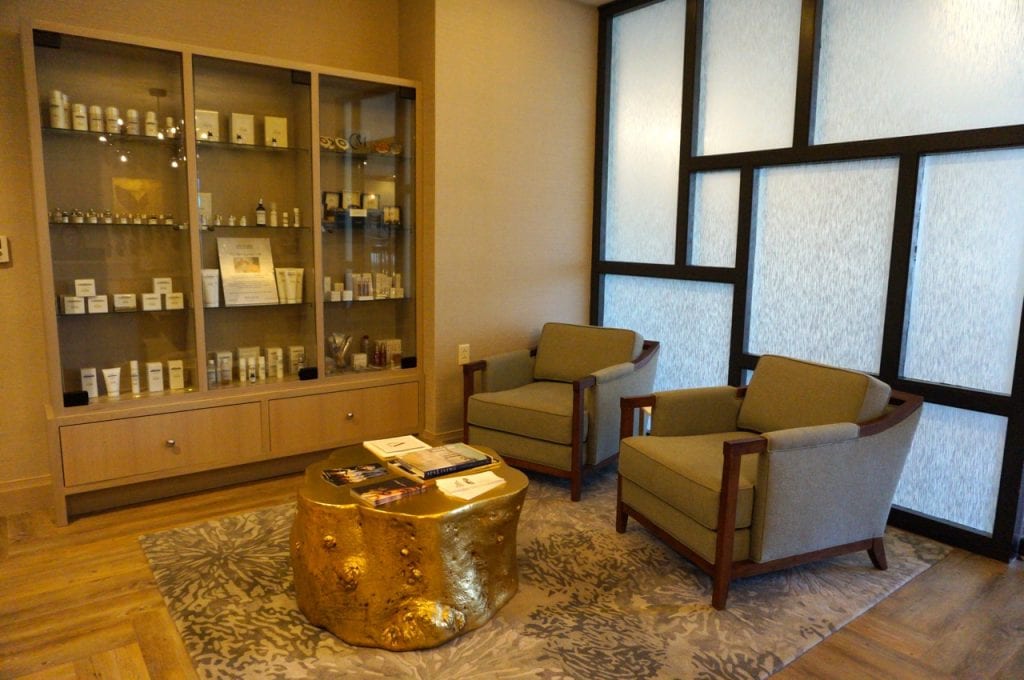 The front lobby of the spa at the Delamar West Hartford Hotel. Photo credit: Ronni Newton 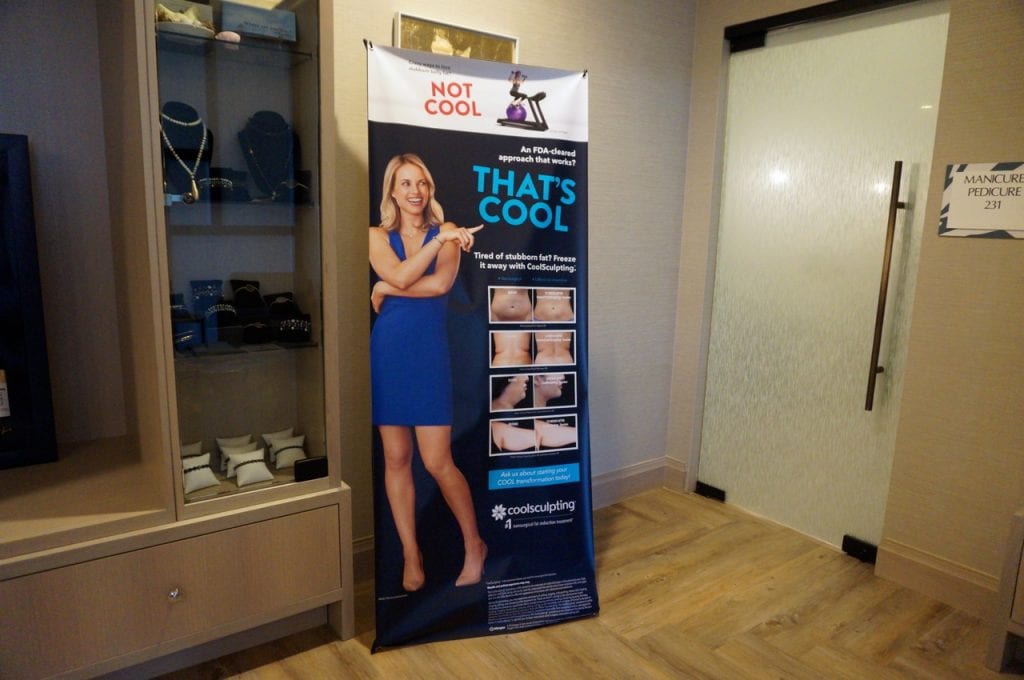 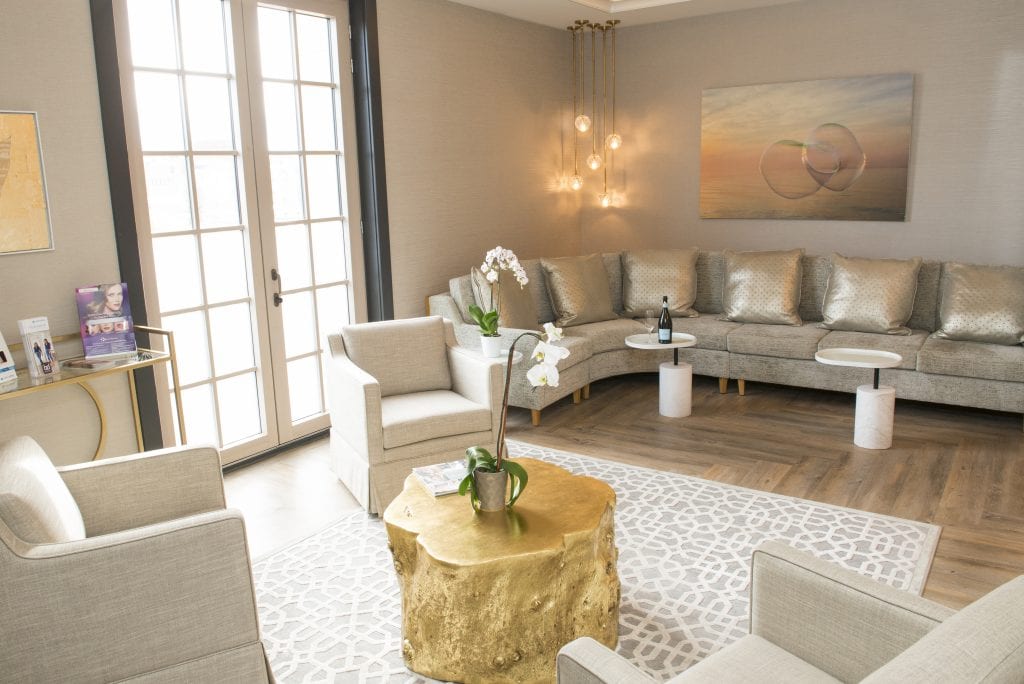 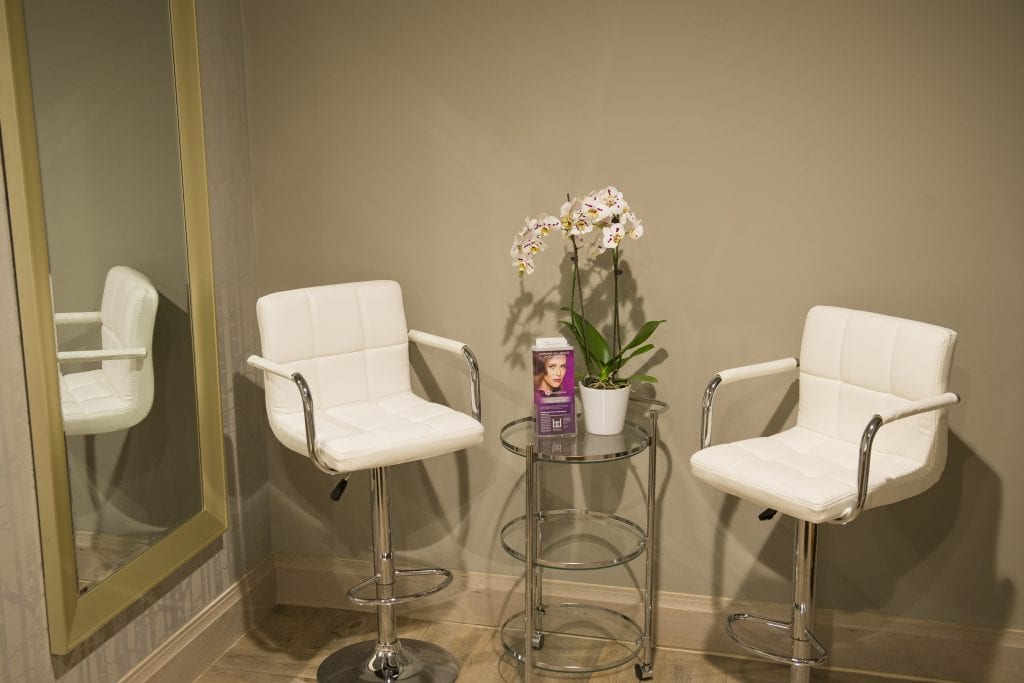 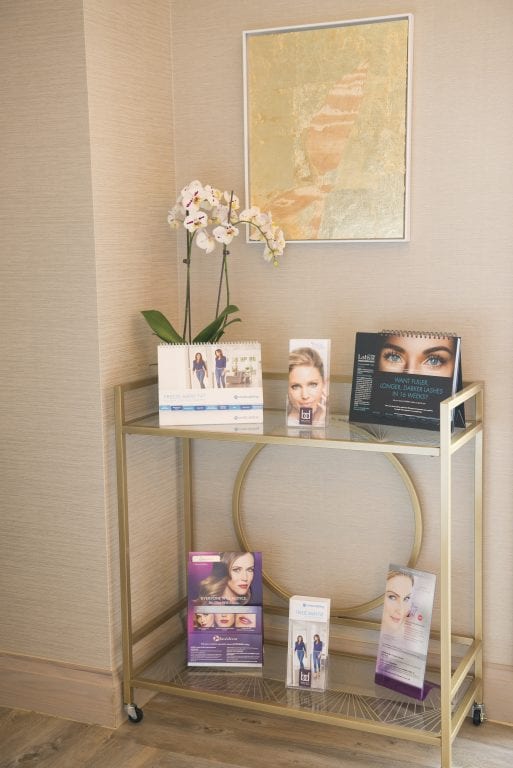