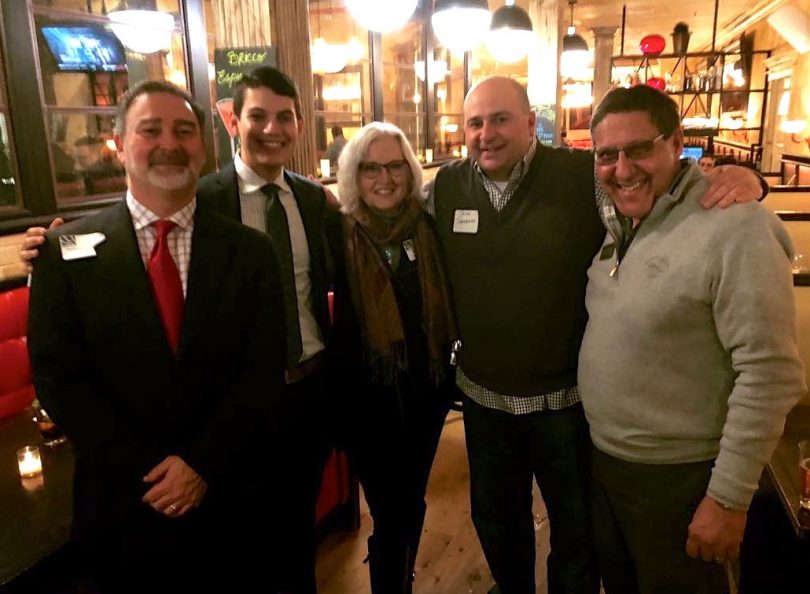 The generosity of the West Hartford business community was on display Thursday night at the 'Turkey and a $20 Business After Hours' at Grant's. From left: Ray Lamoureux. Billy Grant IV, Barbara Lerner, Jason Jakubowski, and Al Marino. Courtesy photo

It snowed this week. I tried to ignore the forecast, and that worked until it actually started precipitating, and sticking.

The snow didn’t keep me, or many others, from attending the West Hartford Chamber of Commerce’s “Turkey and a $20” fundraiser at Grant’s, and that’s what prompted this week’s feature photo and blurb.

The snow also didn’t stop the Conard vs. Hall Mayor’s Cup football game from happening. It was definitely unusual to see snow piled up around the field – and to have to step through it to get from the field to the fence – but the field itself was well plowed and the game went on as planned. (Story and photos here.)

The weather did delay the CIAC Class LL boys soccer championships, which was played Sunday afternoon rather than Saturday morning. (Story and photos here.) Hall was playing for the championship for the first time since 1983. Sadly they lost to perennial champ Glastonbury, but it was still great to have a West Hartford team playing on that stage, and there were lots of fans who came to support the team (even my son, who was a former Conard soccer captain but came to cheer on his former rival). Congrats to the Hall boys on a terrific season!

I’m still thawing out from photographing both sporting events, and every time I look at the forecast for later this week I start shivering!

I want to use the rest of this introduction to talk about press releases.

Last week I received 39 press releases – not including the news releases from elected officials or the state police, or ones that I could immediately determine had nothing to do with West Hartford. With that type of volume, please understand that we can’t publish them all. Some items go into Business Buzz, some are published as separate posts, but please understand that what is published depends on how much news there is that week because – first and foremost – this is a news site. Breaking news, and time-sensitive news, always will take precedence.

If you want to have the best chance of having your press release published, please keep it “short and sweet” and as well-written as possible. I received one release recently that read like a legal brief. Remember: who, what, when, where, why is what needs to be included.

Please also include at least one good image – as a separate attachment – that measures at a minimum 300×300. If you are sending a cellphone photo – which in most cases is perfectly fine – use the “large” or “actual size” setting.

Please do not send images as PDFs because then I will have to take a screenshot and the quality of the image will be greatly diminished.

Also, please send press releases in Word or pasted into an email. PDFs lose all of their formatting when they are copied and pasted. And please don’t try to create a fancy layout with images sprinkled throughout a Word document. We have our own style of layout.

Finally, sales offers are not news. Promotions that include a donation to a nonprofit will be published, but if you are a business and having a sale or a special offer, we are happy to send you a sales kit so that you can advertise that on the We-Ha.com site.

Thank you for listening!

Also, please note that we will only be sending out two newsletters this week, on Monday and Wednesday. The news doesn’t take a holiday, but the We-Ha.com team is trying to take Thursday and Friday off for some much-needed family time, and we hope our readers can do some relaxing and/or holiday shopping. Of course we will be responding if there is breaking news. 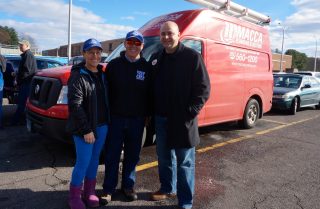