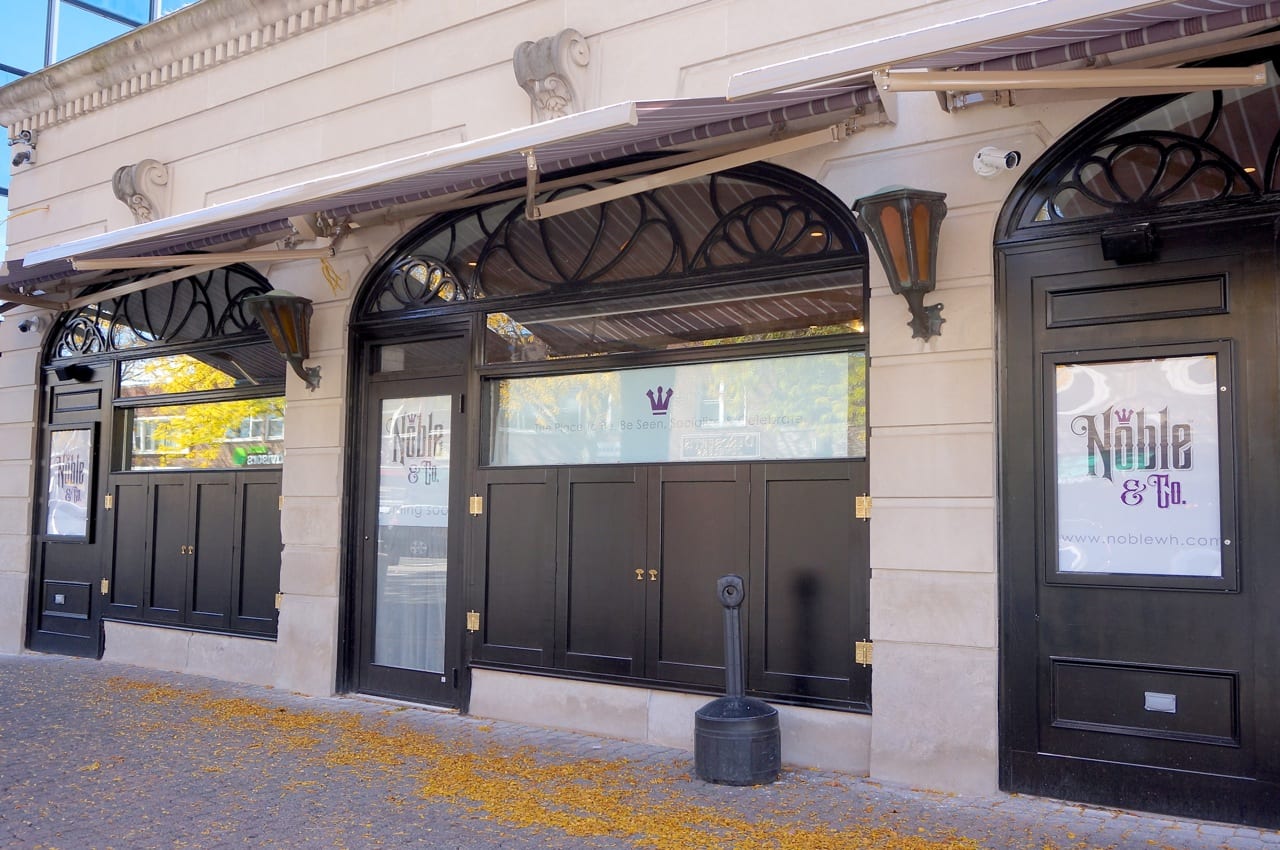 Before I can even begin to write about West Hartford business, I need to ask for a virtual moment of silence for a young woman from West Hartford who lost her life far too soon.

On Saturday I was telling a few friends that I don’t usually plan my Business Buzz introductions far in advance. Sometimes I don’t even know what the lead story for this column is going to be until nearly the last minute, but something newsworthy always seems to arise.

On Sunday morning I was driving my son back to UConn. He had come back to West Hartford Saturday night to attend an event with his girlfriend, but had to be back on campus somewhat early to get ready for the homecoming parade. He was scrolling through Twitter on his phone, and told me when he saw the tragic news about a UConn student having been run over by a fire truck.

“The second UConn student to die this year,” he said. There was no further information available yet, and although we both agreed that it was really sad, we – in retrospect somewhat dispassionately – moved on to another subject.

I dropped him off at his dorm, and was heading back to West Hartford. I love driving to Storrs at this time of the year, and although I hate that winter follows autumn I was admiring the spectacular colors of the trees and in my head writing the introduction to this column about the beauty of autumn.

I was on I-84, in Vernon, when I answered a phone call from my daughter. (I have Bluetooth in the car.) “Mom, something awful happened,” she said. I had those immediate thoughts that any parent has when their child begins a phone call that way. “What, what, are you okay?” was my response.

She told me that a UConn student had died early Sunday morning, and I told her I had heard that, but didn’t know anything more about it. But then she told me that the girl was from West Hartford, had gone to Hall, and was one of her sorority sisters.

I instinctively jumped into reporter mode, asking her a ton of questions. But then I quickly realized that although I would need to write a story about the incident as soon as I got home, I needed to be a mom first. My daughter is 21, and is a very mature young woman. But although she has personally known people who have died – including our dear friend who passed away just last week – it’s always been an older person. Not a classmate, a peer, a friend.

I was ready to turn the car around and head back to UConn, but my daughter said that all of her friends were just going to be together, and that’s what they needed to do.

I didn’t know Jeffny Pally personally, but I wish I had had the chance to meet her. She had a beautiful smile, and from everything I have heard she was a wonderful friend, a bright young woman who had her whole future ahead of her, a shining light extinguished much too soon.

My heart goes out to the Pally family. Please give a little extra hug to all of those you love.

There’s no good segue right now, but this is a business column, and we do have some good business news to share. 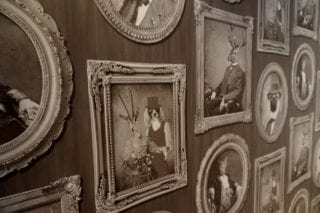 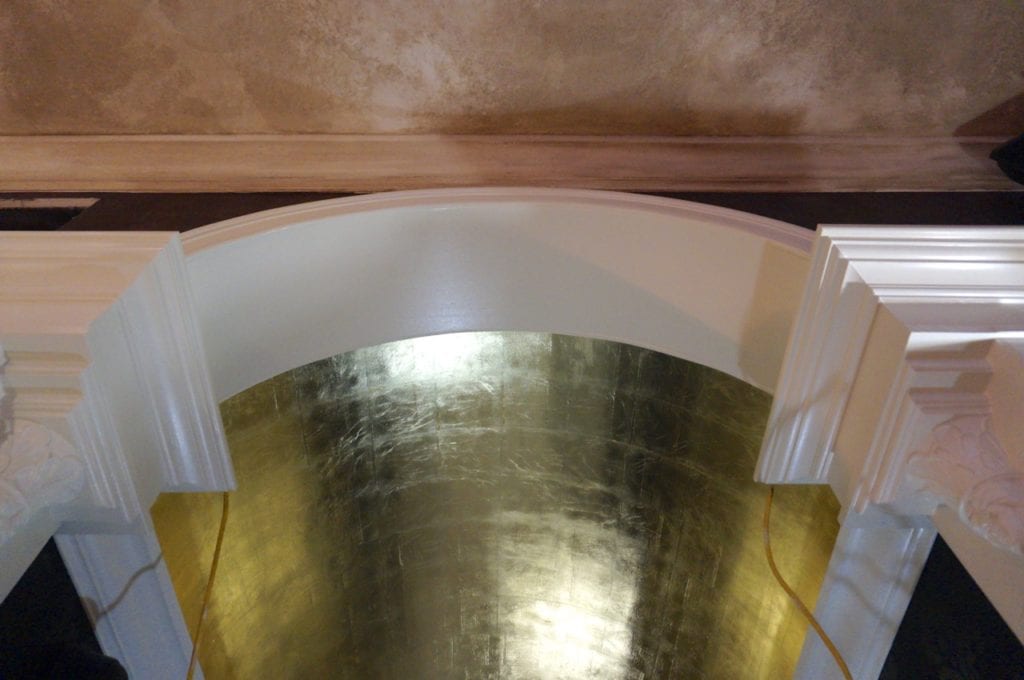 Every surface, from the floor to ceiling, of Noble & Co., has a vintage-yet-edgy feel. The main part of the restaurant has a Venetian plaster ceiling, whle the hallway is painted gold. Photo credit: Ronni Newton 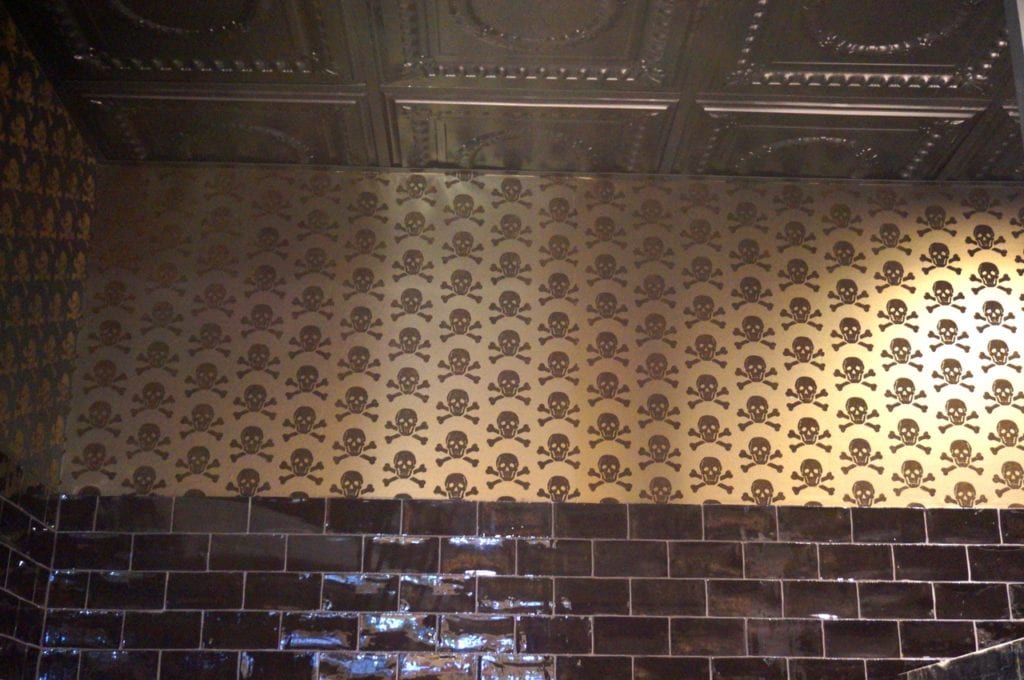 Skulls add an edgy feel to the black and white wallpaper in the men’s room at Noble & Co., while the tin ceiling has a vintage look. Photo credit: Ronni Newton

Black and white wallpaper sets off the black tile in the ladies room at Noble & Co. Photo credit: Ronni Newton 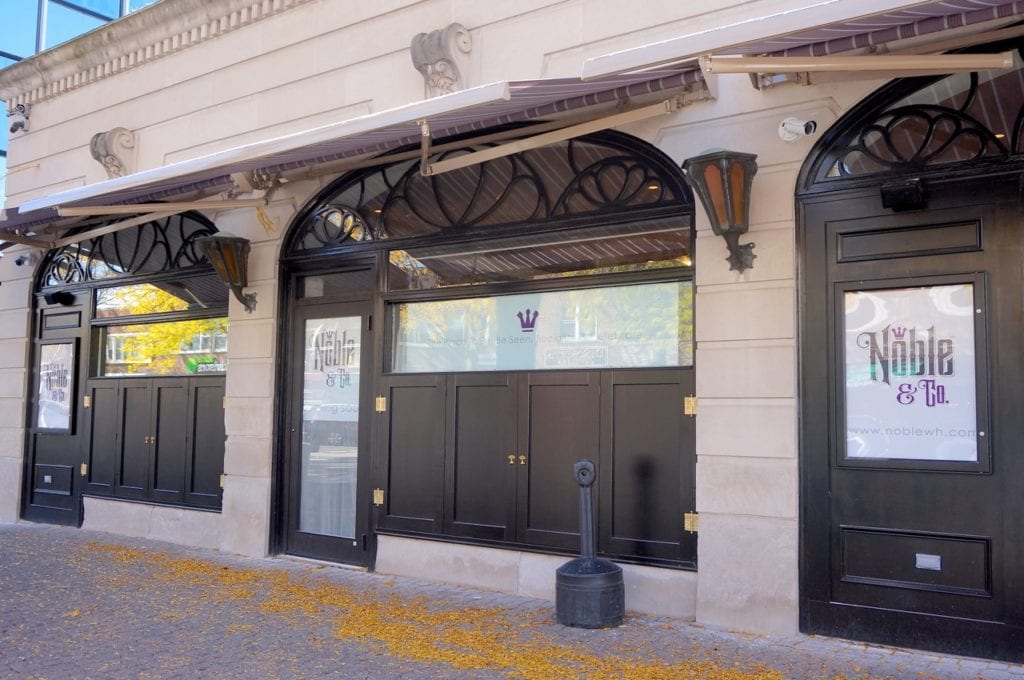