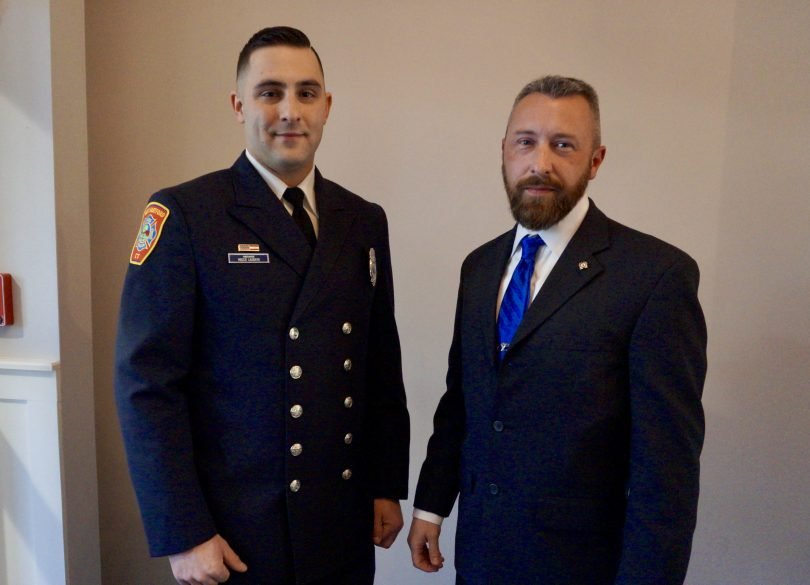 The Firefighter of the Year and Police Officer of the Year were honored Wednesday night at the West Hartford Exchange Club’s annual ceremony at Rockledge Grille. 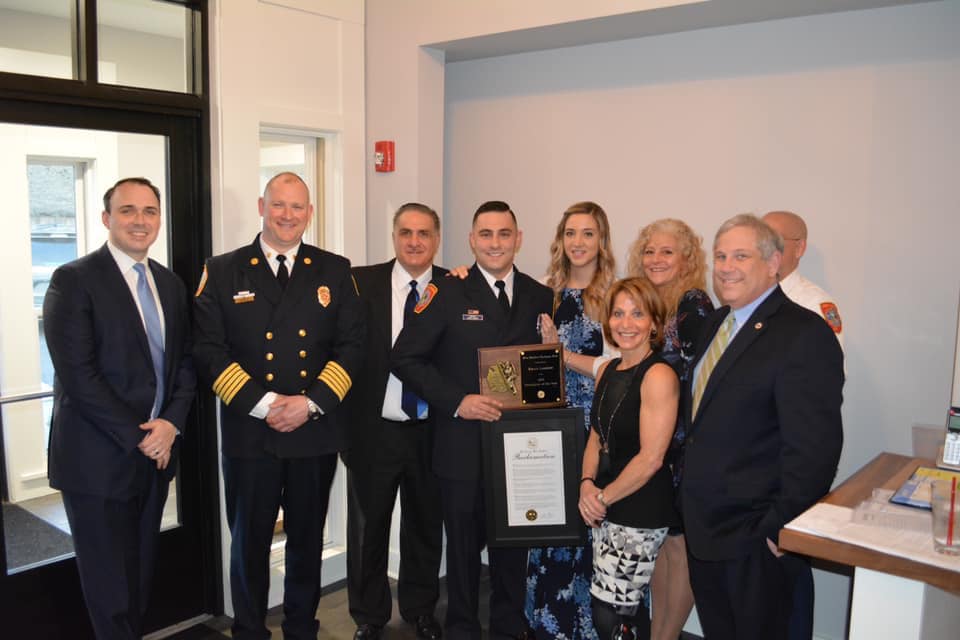 Family, friends, and members of the police and fire departments gathered April 3 at Rockledge Grille as the West Hartford Exchange Club held its annual ceremony honoring two individuals chosen for their commitment to the town’s public safety. 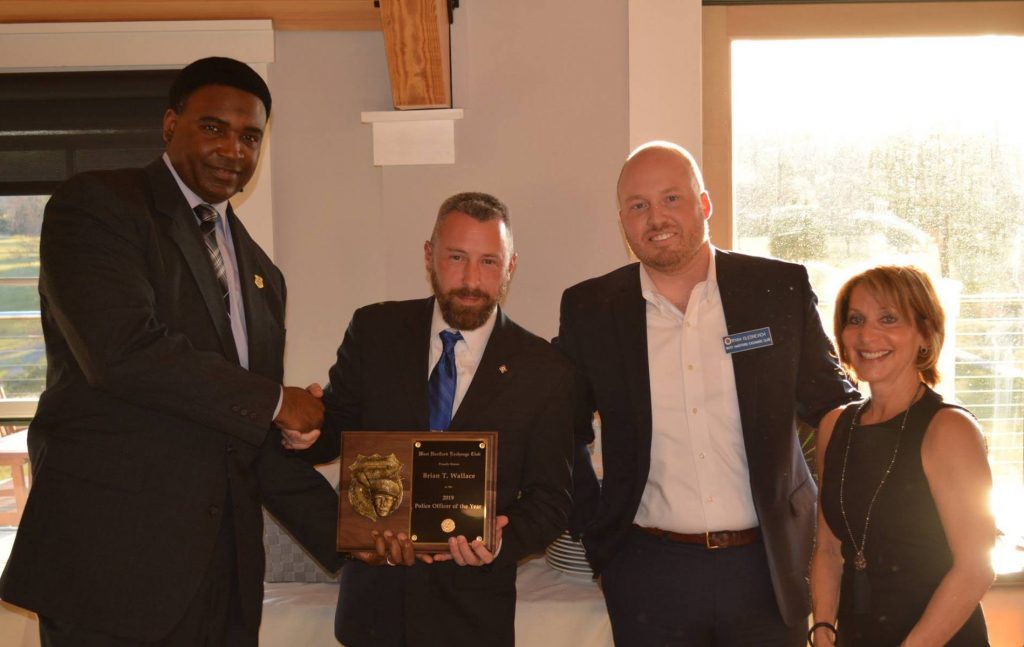 “It’s humbling, and it’s an honor,” Wallace told We-Ha.com. He said he was surprised to receive the award.

Wallace, a U.S. Coast Guard veteran, has spent more than 18 years with the West Hartford Police Department, and was previously an officer with the Torrington Police Department. He’s currently a field training officer, trained hostage negotiator, and member of the Emergency Services Unit, and has also worked in the Patrol and Traffic divisions.

Wallace has been recognized for exemplary service multiple times throughout his career, including receiving a Merit Award in 2007 for rescuing three people from an overturned vehicle that had landed in Trout Brook and for evacuating a resident from a burning home on Boulevard.

In 2004, he also rescued residents from a burning apartment building and received a Lifesaving Award for his actions.

Wallace has also received several Unit Citations, including for his role in apprehending a suspect who was attempting to kill his father by strangling him and beating him with a rifle, and for discovering drugs and a weapon during a traffic stop.

Laudato, who has been a firefighter/paramedic with the West Hartford Fire Department for four years, said he was surprised and ecstatic to receive this year’s Firefighter of the Year award.

“It’s a big honor, this is a big deal,” he said, adding that he appreciates having the opportunity to work with so many good people.

Chief Greg Priest, who was named chief in November and was attending the Exchange Club ceremony for the first time, expressed his appreciation for the club’s support and advocacy for West Hartford’s police and fire departments.

“The process of selecting awards in the fire department, despite having nearly 90 members, is challenging. First and foremost, most fire personnel see themselves and others as just doing their job, even under extraordinary circumstances,” Priest said.

“Despite the best of intentions, we sometimes miss both the opportunities and the resultant value of recognizing employees and peers. Further, we all have a desire for awards to really mean something and to truly reflect actions above and beyond. When combined, all of these attitudes, behaviors and cultural norms raises the bar for what we consider to be award-worthy behavior. This event tonight is an excellent reminder of how important it is to look within our ranks and see the very best in our personnel.”

The fire department’s awards committee, which was led by Battalion Chief William Kall, noted that Laudato stood out this year, and described him as “mature beyond his years, composed, and fantastic on both fire and medical calls” – dedicated to his role which he approaches at all times and in all situations “with the same high level of calm, care, and passion,” Priest said.

“You have now become regarded in the history of the department as one of its finest, one who has set the example, and I hope you use the opportunity to mentor and pave the way for others,” Priest said to Laudato at the ceremony. “I am very pleased for you and appreciate how your above and beyond contributions and actions have improved the level of public safety services being provided to the community.” 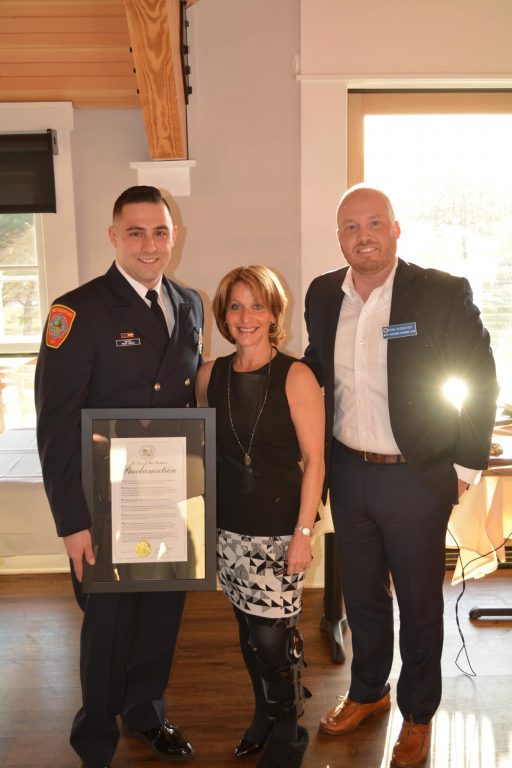 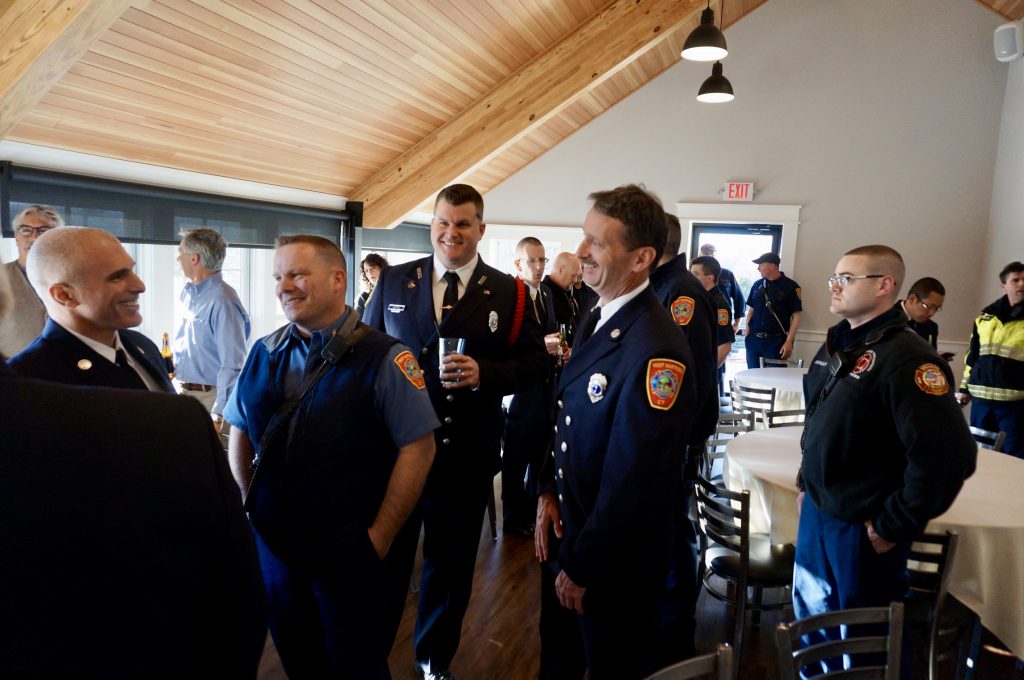 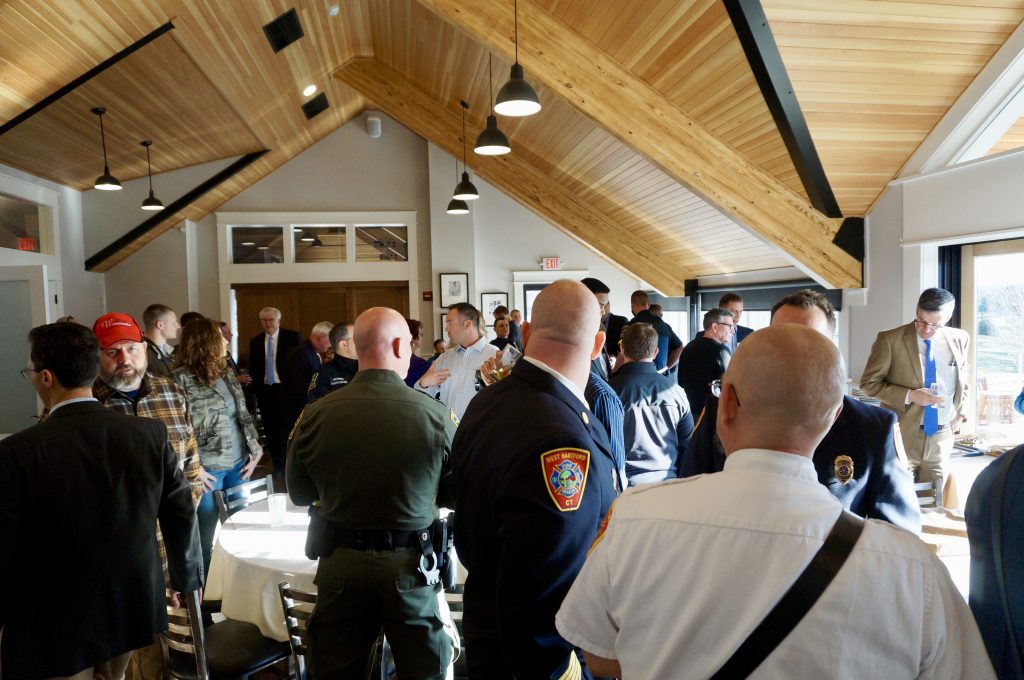