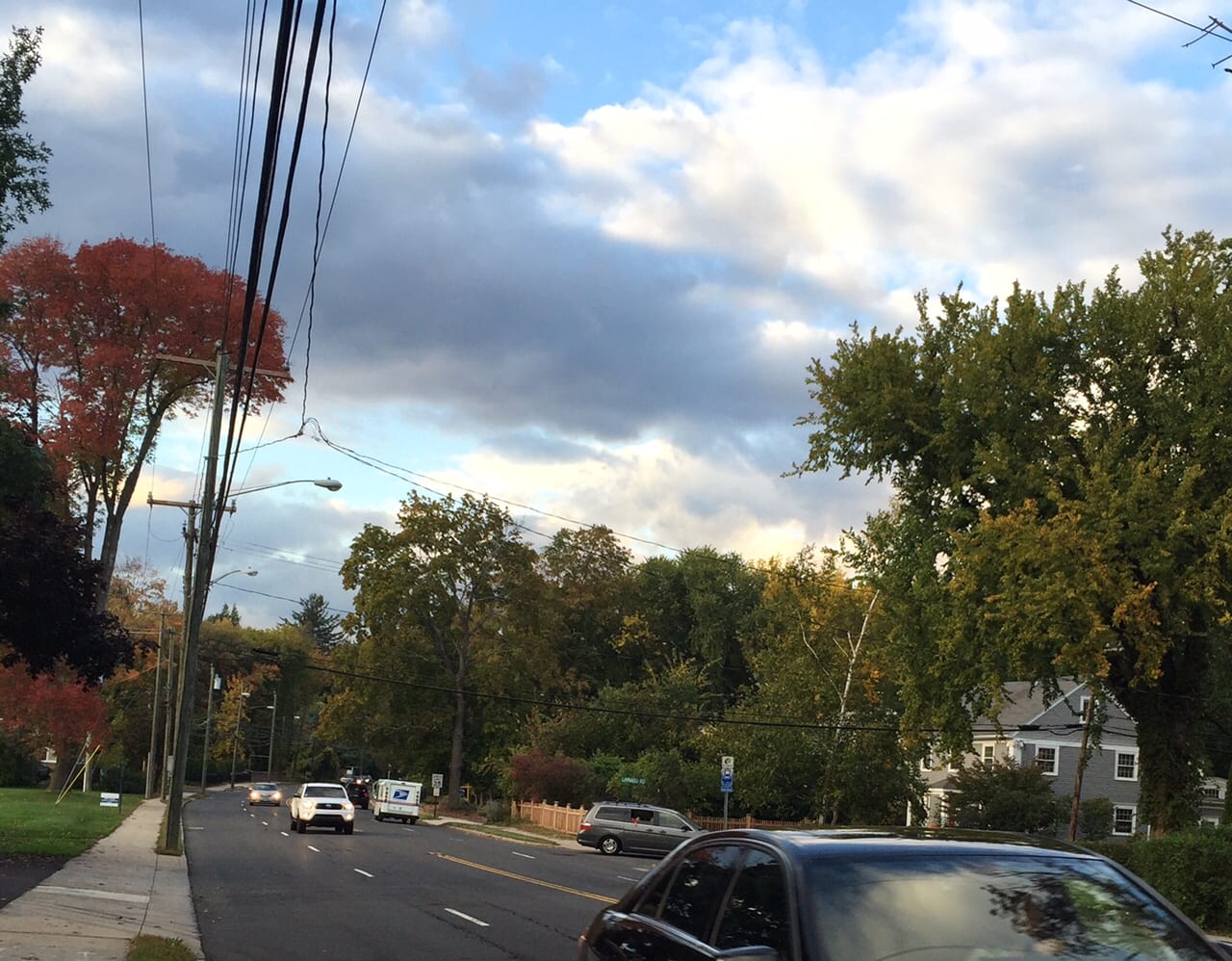 The public is invited to provide input at remaining open houses and information sessions as well as through an online survey. 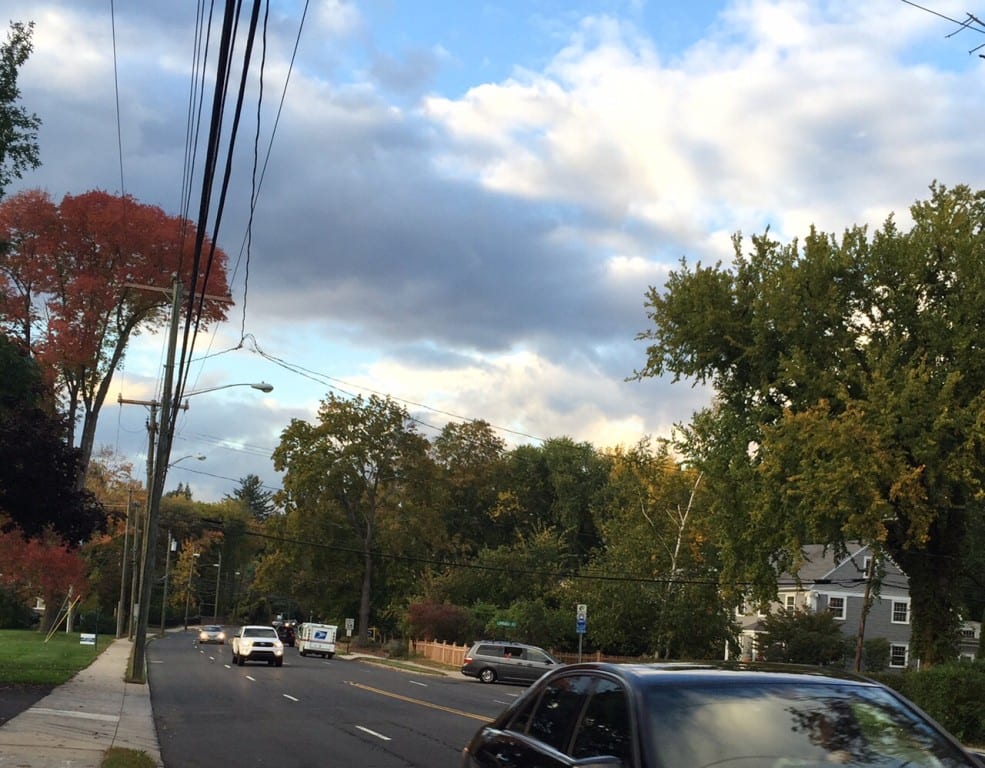 The Capital Region Council of Governments (CRCOG) is in the process of conducting meetings with West Hartford residents and other stakeholders regarding the feasibility of a “road diet” for North Main Street.

Under consideration is a plan to reconfigure the nearly two-mile stretch of North Main Street – between the Center and Bishops Corner – from four travel lanes to two travel lanes, a center turning lane, and a five-foot-wide bicycle lane on either side.

“We want to see if improvements can be made to enhance the safety of motorists and bicyclists as well as pedestrians,” CRCOG Principal Planner and Policy Analyst Emily Hultquist, manager for the project, said. She said that funding for the study was procured by State Sen. Beth Bye. 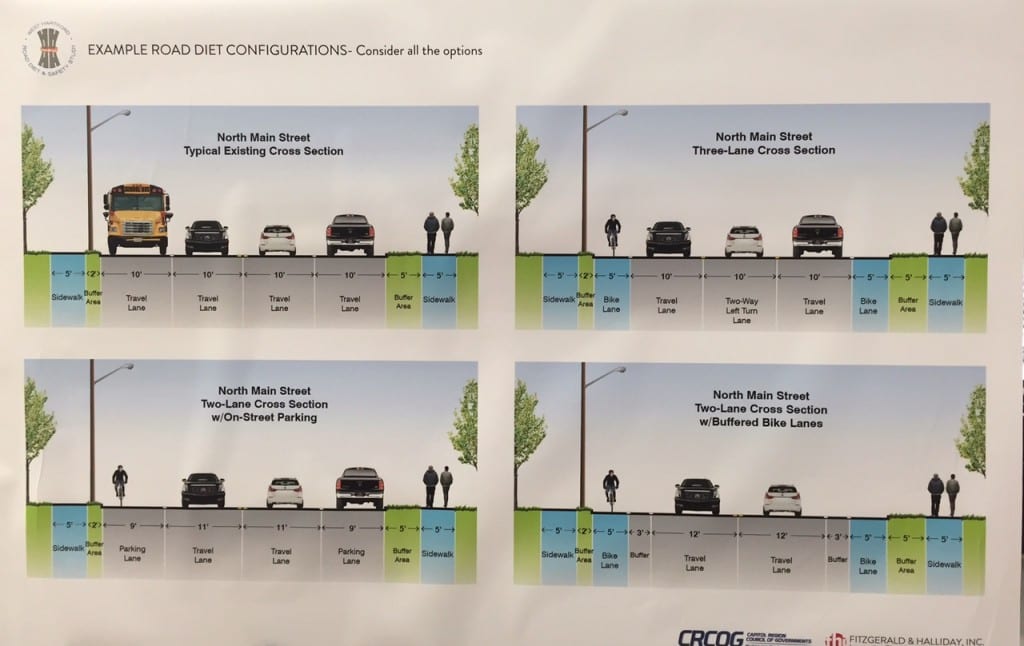 Public workshops are being conducted over the course of three days, and began Tuesday with an open house during the day and an evening workshop. The reason for the multiple-day sessions is to gain deeper engagement, Hultquist said.

On Wednesday, Oct. 14, the public is invited to attend an open house and focus groups from noon until 8 p.m. An open house will also be held from 8 a.m. – 2 p.m. on Thursday, Oct. 15, and a final public meeting which will include the results of traffic modeling, will take place from 6 – 8 p.m. Thursday evening.

Traffic counts have already been performed, with a measure of volume over the course of 24 hours as well as hourly counts on a Friday afternoon from 4 – 6 p.m. and midday Saturday.

All sessions are being held in the cafeteria in the Cogswell Building on the campus of the American School for the Deaf on North Main Street. Because of its location, ASD is also one of the stakeholders in the project.

Hultquist said that bike advocates, town staff, the business community and residents, as well as ASD and and the Montessori School which is housed on ASD’s campus are all helping to guide the conversation.

“We’ve been proponents of this for a long time. I talked to [State Sen.] Beth [Bye] about it four years ago. Beth is a big believer and an avid cyclist,” said West Hartford Bicycle Advisory Committee Chair Scott Franklin.

Franklin said he believes a road diet is feasible for North Main Street, and said that in its current condition, the road is very dangerous for bicyclists as well as pedestrians. He said he has biked all over the world, but North Main is one place he won’t ride because it’s too dangerous. “It’s a shame because it connects two shopping districts,” Franklin said.

Approximately 150 people have already responded to an online survey regarding the project. “The survey results we’ve been seeing show a desire for better biking and pedestrian accommodations,” Hultquist said.

Franklin said that CRCOG has done a good job reaching out to area residents, including all who live within a quarter mile of North Main Street. “People are curious. I think everyone on Main Street is thrilled that there could be some mechanism to slow traffic,” he said. 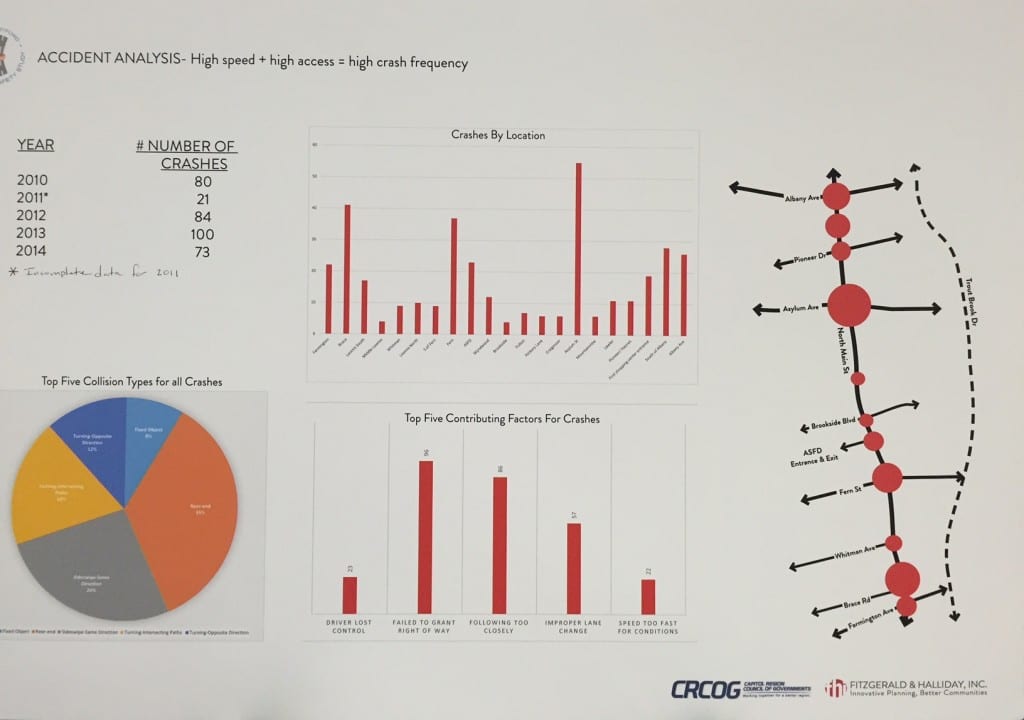 CRCOG has analyzed accident data for the 1.8 miles of North Main Street from the Center to Bishops Corner. Photo credit: Ronni Newton

The public has also expressed concern about unsafe driving conditions, including a high accident volume, on the stretch of road being discussed.

After the public sessions, CRCOG will provide West Hartford with several options to consider. North Main Street is owned by the town, which would have to make a decision about whether to make any of the recommended changes. “The way CRCOG can be involved is if the town needs funding,” Hultquist said, since CRCOG is involved in the determination of some state funding for roadway projects.