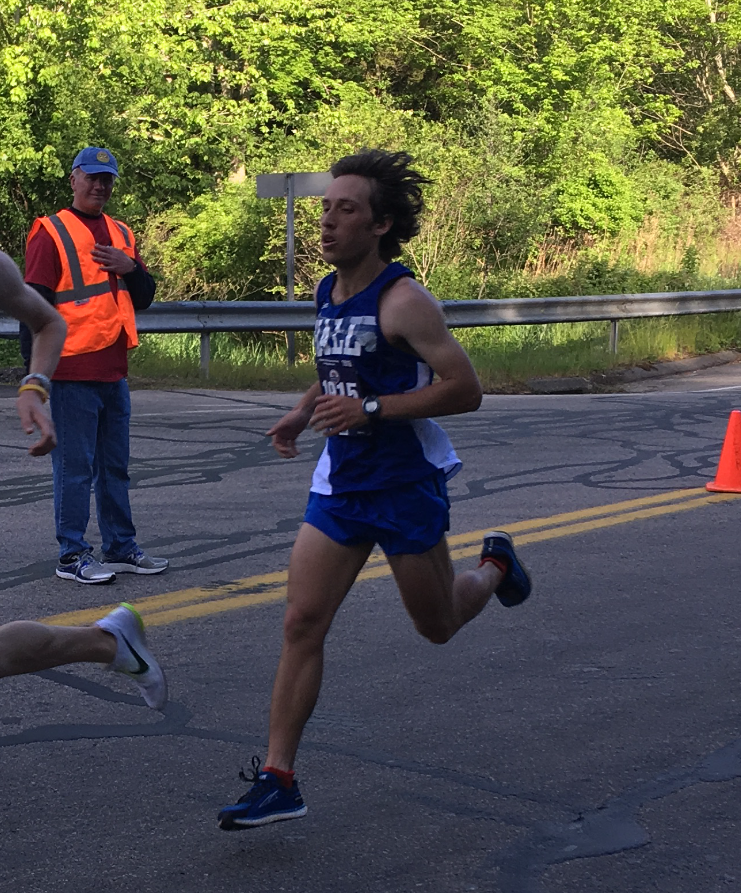 Everett Hackett of West Hartford pictured winning the Mystic Half Marathon on May 21. On June 25, 2017, he won the Fairfield Half Marathon. Photo courtesy of Jeff Billing

Everett Hackett of West Hartford won the Fairfield Half Marathon on Sunday, June 25, 2017.

Everett Hackett, a 2008 graduate of West Hartford’s Hall High School, broke through the tape at the 37th annual Faxon Law Fairfield Half Marathon on Sunday in 1:07:16, becoming the first Connecticut male, and first American male, to win the race in more than a decade.

According to Hall cross country coach Jeff Billing, the race has been dominated by elite Kenyan and Ethiopian runners for years, and Hackett is the first American male to win since 2000. It was his first time running the race.

After his victory, Hackett told Chris Elsbury of the CT Post that he didn’t realize he was making history. “The first half of the race was actually, kind of easy. The guy leading was setting a really smooth pace, so I just ran with him,” Hackett said.

Click here for complete results of the Fairfield Half Marathon.