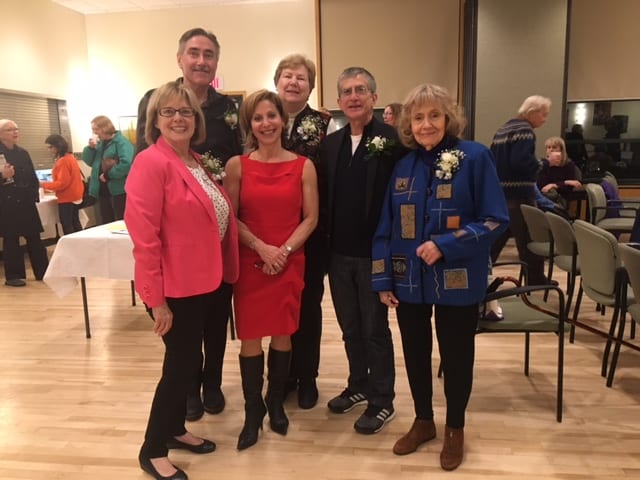 Sassi was the first, and served a four-year term in the volunteer position beginning in 1975.

The event drew about 40 people, and was organized by Signe Rogaliski, Diane Dickson, and Senior Center Director Gina Marino, who believe it’s important to take full advantage of Bishops Corner’s proximity to both the University of Hartford and the University of Saint Joseph and the cultural and arts offerings that can be shared. The space was full of flowers and sweet treats, courtesy of Marino.

“My first resolution 12 years ago was to establish and name a West Hartford Poet Laureate,” Cantor said.

Those who attended shared their thoughts about the poems that have influenced their lives.

Resident Diane Mikan, who attended the celebration, agreed with other attendees that it was a memorable evening.

“We just celebrated 12 years of having a poet laureate. We were one of the first communities in Connecticut, and now there are 25.”

Beck was appointed to her role in May 2015, by proclamation of the West Hartford Town Council. The position now has a two-year term and a new poet laureate for the town will be named in May.