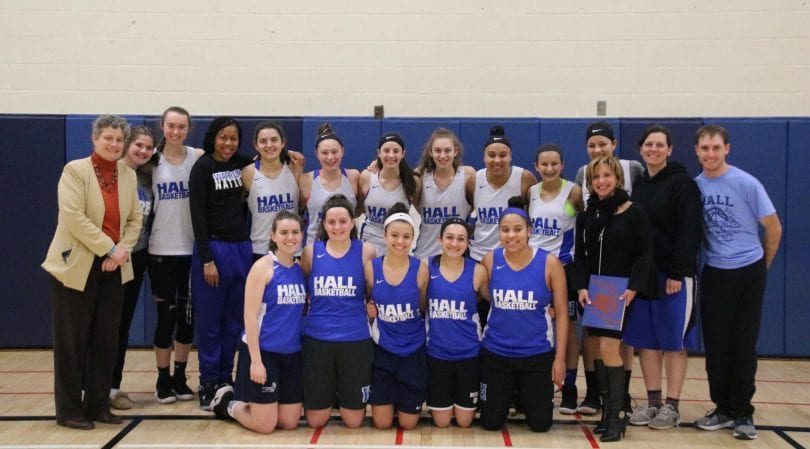 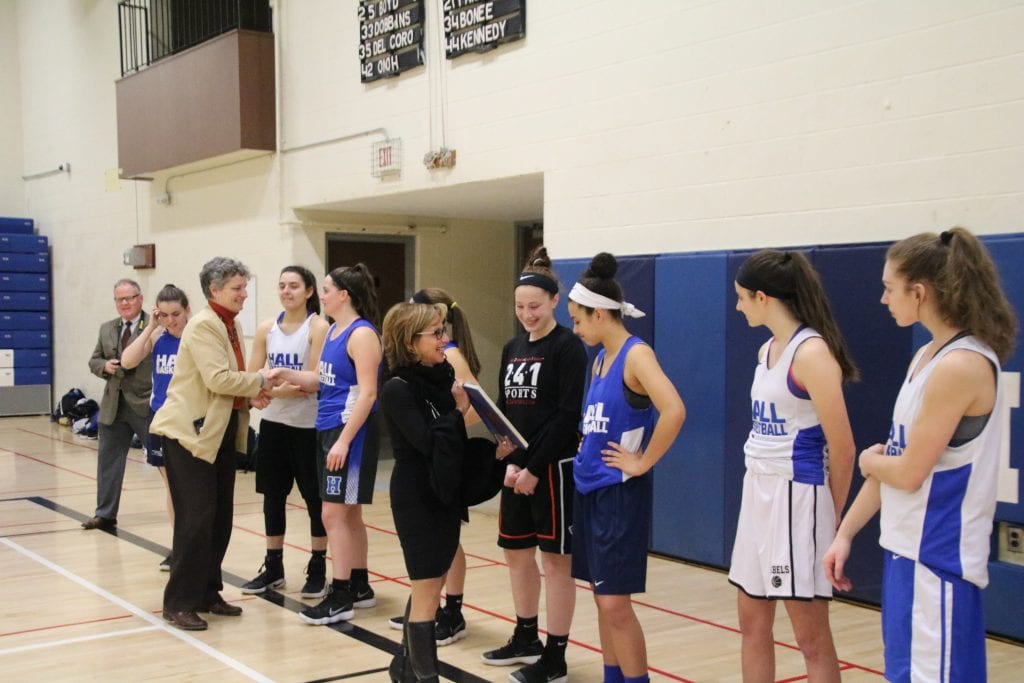 Members of the Hall girls basketball team received some surprise visitors before practice on Thursday to wish them luck before they showcase their talents on a very big stage Saturday, facing Mercy High School in the CIAC Class LL championship game at Mohegan Sun Arena.

An exciting come-from-behind victory over Enfield on March 10, decided in overtime, gave the Warriors the chance to play for the championship.

In 1977, Hall lost to Lee High School of New Haven by a score of 37-35.  A final shot at the buzzer rimmed out, ending the Warriors’ undefeated season. That team was coached by Kathy Walling, who also formerly coached field hockey and girls lacrosse and  in 2014 was inducted into the Connecticut High School Coaches Association Hall of Fame.

West Hartford Mayor Shari Cantor, who graduated from Hall in 1977, brought her yearbook to show the current team. She told them that she was friends with many of the girls on the last team that went to the finals.

State Sen. Beth Bye also came to practice to wish the team luck. She grew up in Greenwich, and her father coached basketball at St. Mary’s High School in Greenwich for more than 30 years.

The Class LL girls basketball final will be played at 6:15 p.m. on Saturday, March 17, at Mohegan Sun Arena in Uncasville, CT. We-Ha.com will be there covering the game. 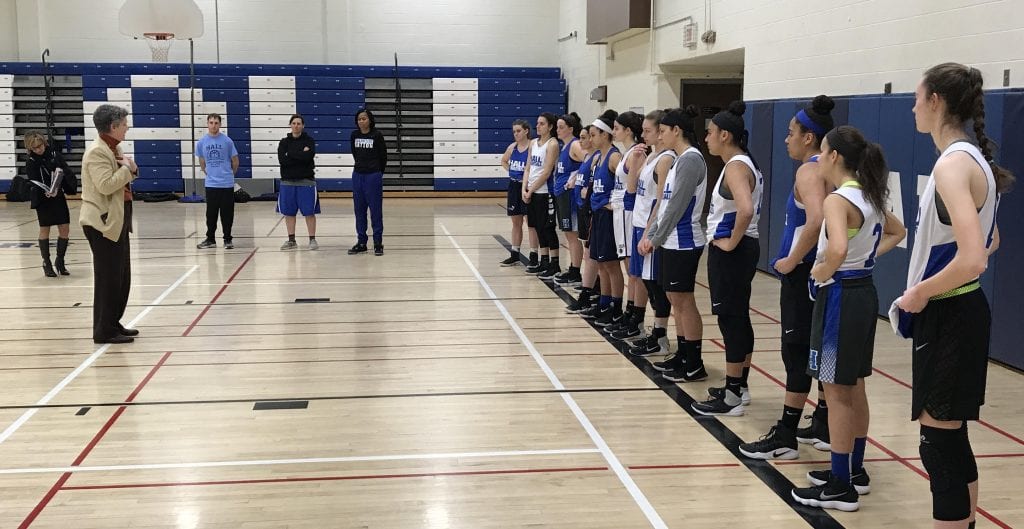 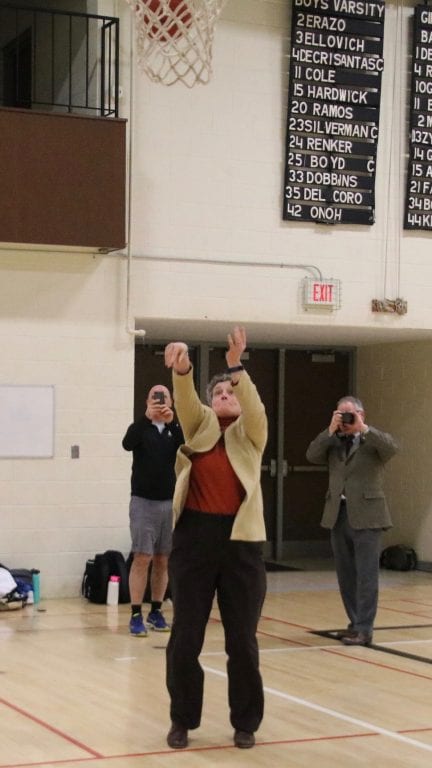