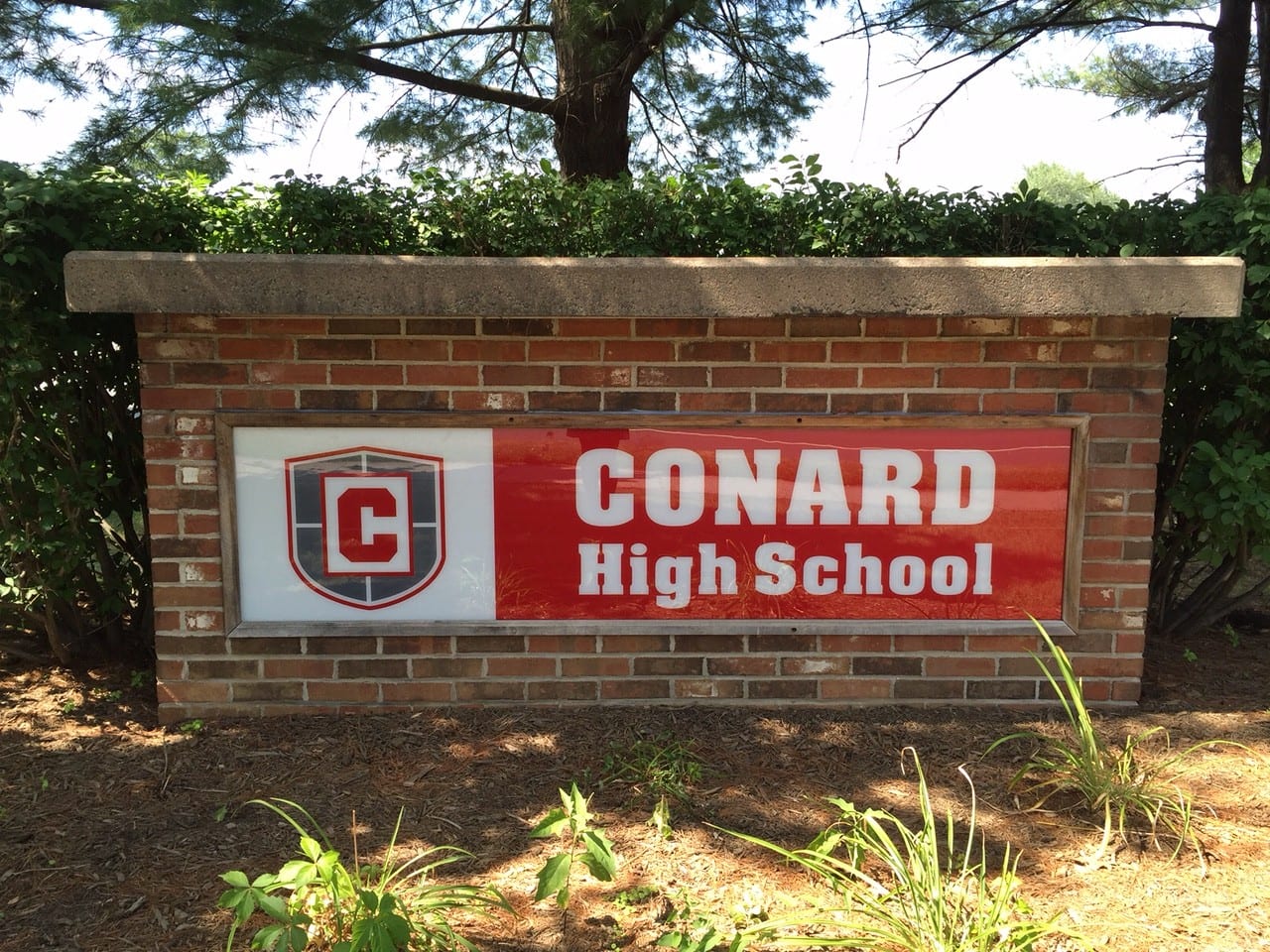 A section has been added to the legislature’s budget implementer bill, under consideration in special session this week, which would bar towns that utilize team names or mascots associated with Native Americans from receiving slot machine revenue.

Towns with team names or mascots depicting images associated with Native Americans – including West Hartford – could lose funding under a provision in the 800-plus page budget implementer expected to be passed by the legislature during special sessions this week.

The section affects municipal grant funding under the Mashantucket Pequot and Mohegan Fund. No town will receive a grant if it has an intramural or interscholastic sports team that makes reference to a state or federally recognized tribe in its mascot, nickname, logo, or team name.

Sen. Cathy Osten, a Sprague Democrat who is co-chair of the Appropriations Committee, said Tuesday it was unfair for towns to expect a portion of slot machine revenue raised by tribes if they insist on using names and imagery the tribes find offensive. 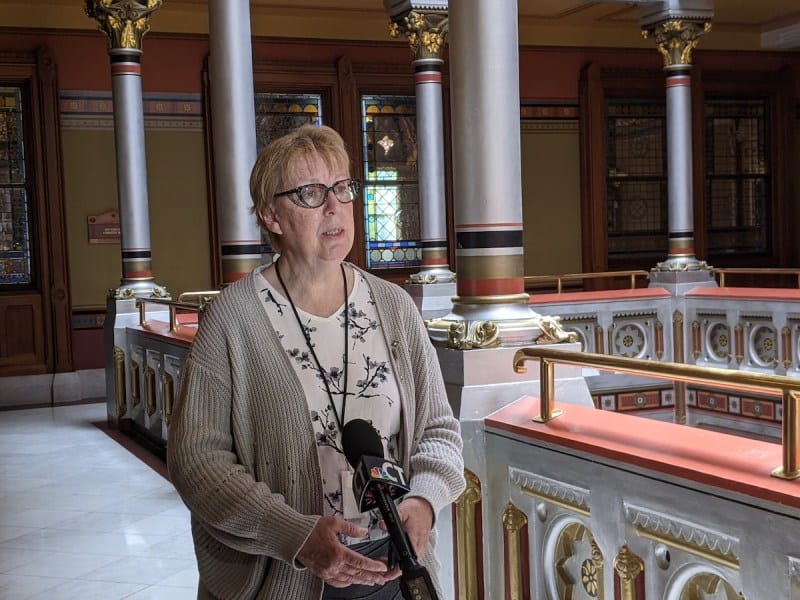 “The people it reflects on have said they don’t appreciate this, that they think this is wrong,” Osten said. “Why should the dollars that they raise be used to support something like this? Again, towns, communities can choose to keep [the names or mascots], they just don’t get the dollars associated with the Native American communities.”

Although the language in the bill is unclear about when the elimination of funding takes place – it notes FY22, which begins July 1, 2021 – according to Osten, towns would not lose grant money until next June and have until June 2023 to signal their intent to change the name or symbol without financial penalty.

The change could have the biggest impact on Montville, where a local team is called the “Indians.” This year, Montville received $1.4 million in funding.

A list of the towns impacted also includes West Hartford, for use of “Chieftains” as the nickname for Conard High School. West Hartford’s Hall High School, nicknamed the “Warriors,” is not noted.

This year, West Hartford received $28,000 in grants, but the impact could be greater in future years.

In March 2015, following extensive discussion by the Board of Education and research and input by stakeholders in the community, the West Hartford Board of Education voted to allow Conard and Hall to retain their respective Chieftain and Warrior nicknames, provided all Native American imagery, including mascots, were eliminated. Conard had been using Native American symbols until that point, while Hall had already dropped its mascot.

The policy adopted by West Hartford’s Board of Education specifically prohibits “the use of mascots, symbols, images, or nicknames that are directly related to or commonly associated with any particular race or ethnicity.”

“We are just learning about this provision today, and we aren’t entirely sure that our high school names fit the language of the bill,” Board of Education Chair Deb Polun said. “That said, we are working in partnership with the mayor and our legislative delegation to see if the legislation can be delayed by a year, to give West Hartford and other towns the appropriate time to consider establishing inclusive, community-driven processes to review their team names.”

Superintendent of Schools Tom Moore noted that during the ongoing debate about the mascots, logos, and nicknames – and before the Board of Education voted in 2015 – students, teachers, and others involved in the discussions met extensively with representatives from Connecticut’s Native American tribal communities.

“We still need further details on the budget implementer,” Moore said Tuesday. “We have removed all mascots and imagery, so the names now stand alone. We will certainly need clarification from the state if this goes into law about if Chieftain or Warrior falls under the legislation.”

“I am asking a lot of questions,” Slap said.

The provision could cost the town of Killingly around $94,000. Board of education officials there voted earlier this year to reinstate the team name “Redmen,” less than a year after it was changed to the “Red Hawks.”

Sen. John Kissel, R-Enfield, said he trusted local boards of education to make their own calls on team names and mascots.

“I haven’t seen any mascots that are unduly over the top or ridicule another culture so I think some folks are a little overly sensitive to the entire issue,” Kissel said.

The slot machine funding issue was one of many included in the 837-page bill released early Tuesday morning and expected to come for a vote in the Senate sometime Tuesday afternoon. Sen. Tony Hwang, R-Fairfield, said it was arrogant for Democrats to expect a vote on such a large piece of legislation so soon after it was released for public analysis.

“The fact that we had 837 pages of language, 24,800 lines of legislation passed out for the public and legislator review and 3 a.m. this morning. We’re going into session at 11 o’clock,” Hwang said. “Who can read or fully comprehend what the nuances of these various bills are? We can’t but we’re going to do our best. Unfortunately, this is not good policy, this is not good governance and it certainly is not transparent.”

Although the two-year budget passed last week found bipartisan support, Republicans signalled Tuesday they would be opposing the budget implementer, in part because they said they hadn’t yet had time to read what was in it.

“I vote ‘no’ and I’m mad,” Sen. Craig Miner, R-Litchfield, said. “People in the state of Connecticut are getting mad because this majority is running this like a train.”

In addition to the budget implementer, the Senate was expected to take up and pass a separate bill legalizing recreational cannabis. The chamber passed the bill on a narrow 19 to 17 vote last week but the bill died on the House calendar at the end of the regular session. Lawmakers said Tuesday they expect the vote to be unchanged from last week.