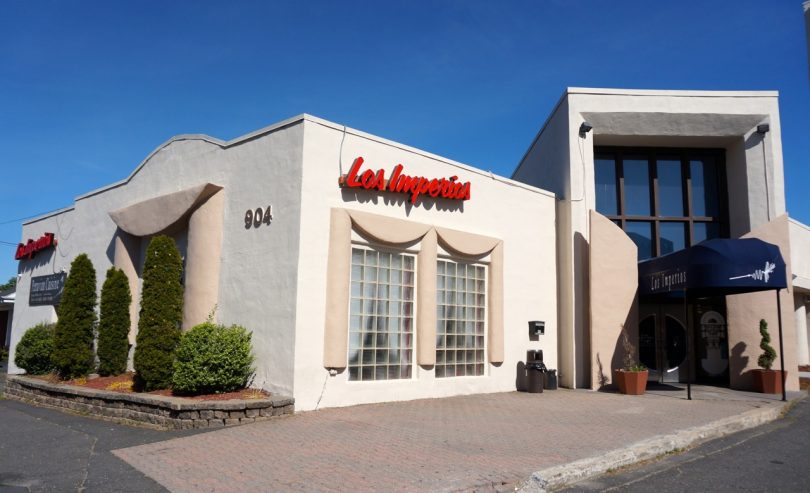 West Hartford Police held a hearing with representatives of Los Imperios on Wednesday, and will determine next week whether or not the establishment’s entertainment license will be suspended.

West Hartford Police Chief Tracey Gove presided over a hearing regarding the status of Los Imperios’ entertainment license on Wednesday afternoon, and said Thursday that he will render a decision early next week regarding suspending the license. 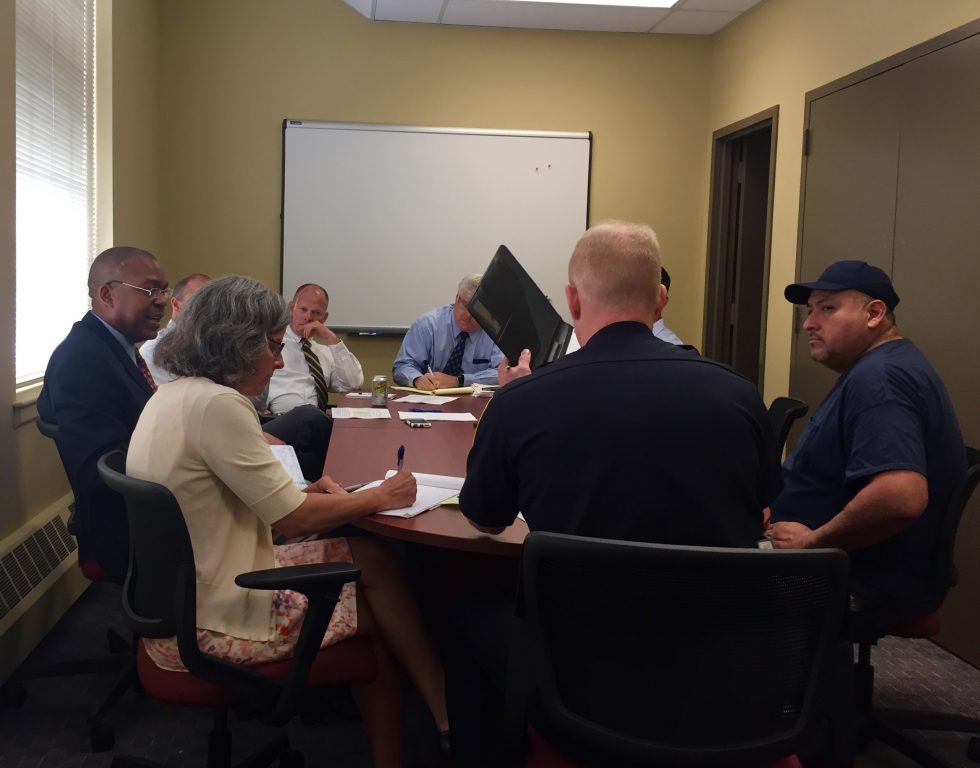 The hearing, attended by Los Imperios owner Ernesto Leon, his attorney Rodvald Jones, West Hartford Deputy Corporation Counsel Kimberly Boneham, Assistant Chief Robert McCue, Det. Rosario Savastra, Lt. Samuel Ferrucci, and Det. Rob Magao, was held at Police Headquarters at 103 Raymond Rd. It lasted about 45 minutes, and was intended to give Los Imperios the opportunity to state its case regarding why its license should not be suspended after what police determined to be three violations of the town’s entertainment ordinance.

At the end of May, police said that Los Imperios had incurred its third violation within six months and began steps to suspend the establishment’s license under the terms of the entertainment ordinance approved by the Town Council in October 2016.

The first incident, which was not disputed to be a violation, involved playing music within 30 minutes of closing.

The other two incidents were fights, which Gove said were not reported to police as required by the ordinance. The language of the ordinance states that: “All fights, disturbances, violence or any other violation of law shall be reported to the police immediately by the licensee or employees of the establishment.”

In a letter addressed to Leon dated May 30, Gove addressed the third incident, which took place May 26 at Los Imperios – a scuffle between a security guard and two female patrons that resulted in the arrest of all three parties.

Police were notified of the incident by the sister of a woman who was trying to get back inside Los Imperios to retrieve her credit card. “There was no call to police from anyone working inside the business,” Gove said, which is a violation of the entertainment ordinance.

According to Gove’s May 30 letter, he provided the report detailing that May 26 incident, and informed Leon that “this is your third violation of Chapter 75 of the Code of the Town of West Hartford,” and as a result a fine of $150 would be issued and Los Imperios’ entertainment permit will be suspended for the 15 day period beginning June 15, 2017 through June 29, 2017.

If the entertainment license is suspended, Los Imperios can still serve food and drink, including alcoholic beverages, but cannot have a DJ or any other other activity deemed entertainment.

Under the terms of the ordinance, Los Imperios requested a hearing in lieu of automatically accepting the suspension, to allow Leon or his attorney to provide testimony or produce documentation indicting why the permit should not be suspended.

According to police the second violation of the entertainment ordinance involved an incident on May 14, when what was referred to as a “brawl” took place inside the establishment. Several patrons were reportedly hit and police said that Los Imperios’ security guard could not stop the incident from escalating.

In the May 14, incident, police were notified of the incident by the sister of one of the men who was assaulted, and Gove also told Leon that when officers attempted to find him to conduct their investigation, they were told he had “just left” and no one else on the premises was able to assist in review of surveillance video.

Following the May 14 incident, a fine of $150 was assessed for the second violation of the ordinance and Los Imperios was directed to work on a remediation plan. “However to date I have received no such plan,” Gove said at the hearing.

The first violation of the ordinance took place in January 2017, when Leon was cited for playing music within 30 minutes of closing. “There is no contention there,” Jones said.

Although police officers were nearby and able to quickly respond to the two fights, Gove said that under the terms of the ordinance Los Imperios staff is required to report the incidents and assisting with the investigation does not constitute reporting.

Jones said the ordinance’s definition of reporting is ambiguous and “needs to be clearer or that’s not going to hold constitutional muster.”

Jones said that Los Imperios security can’t be expected to neglect their duties in the heat of the moment, in these cases trying to control the situation, in order to call police.

Boneham said the call doesn’t have to be made by security, or the owner. It can be any staff member, such as a waitress or bartender.

In addition to the specific violations of the terms of the entertainment ordinance, Gove also noted at the hearing that he has continued to advise Leon, in writing, of the continued pattern of problems surrounding the business. Mentioned was a situation early in the evening on May 5, 2017, when a large group of people congregating outside Los Imperios was “impeding access or egress to the building.” Police said a similar situation had also taken place on April 22.

According to police, Los Imperios’ security staff were notified of the situation by Det. Todd Myers and were successfully able to move people from blocking the entrance/exit, but the crowd re-formed about 10 minutes later.

“Just as the security guard stepped away from the door a large amount of the crowd began to rush the door and created a stampede effect,” police stated in the report of the May 5 incident. Patrons were able to push their way inside the establishment, police said.

Separate from the move to suspend Los Imperios’ entertainment license, under the terms of another section of the entertainment ordinance police began assigning a two-person private duty detail to the establishment on all nights that the establishment has a DJ, at a cost of approximately $1,300 per night. Los Imperios has thus far refused to accept the services and pay for the detail, Gove said at the hearing, and is being fined $250 per night for not accepting the detail.

Gove also noted that on June 2, 2017 “the DJ for Los Imperios was arrested for DUI when leaving the club after closing,” and registered a BAC of 0.146.

Also, on June 3, two bartenders at Los Imperios were caught serving underage patrons. They received summonses and the incident was referred to the liquor control commission. It was the second incident of service to minors at Los Imperios, Gove said.

In addition, just last week, on July 7, Gove said there were issues at the main door which involved inability to control the crowd.

“The officer reported that Mr. Leon was on scene and shouting at the crowd some of whom were complaining to police that some patrons were being allowed in if they paid a fee while others weren’t if they did not pay,” Gove said. Officers were unsure of the count of people inside the club and “reported a heavy smell of marijuana smoke inside.”

On an overall basis, the presence of the private duty detail has led to “a dramatic drop in the number of complaints to the police department,” Gove advised Leon in a letter dated June 26.

Because having the dedicated detail has “increased public safety in and around Los Imperios,” Gove said that the detail would remain in place for another four weeks and at that point the situation will be reviewed again.