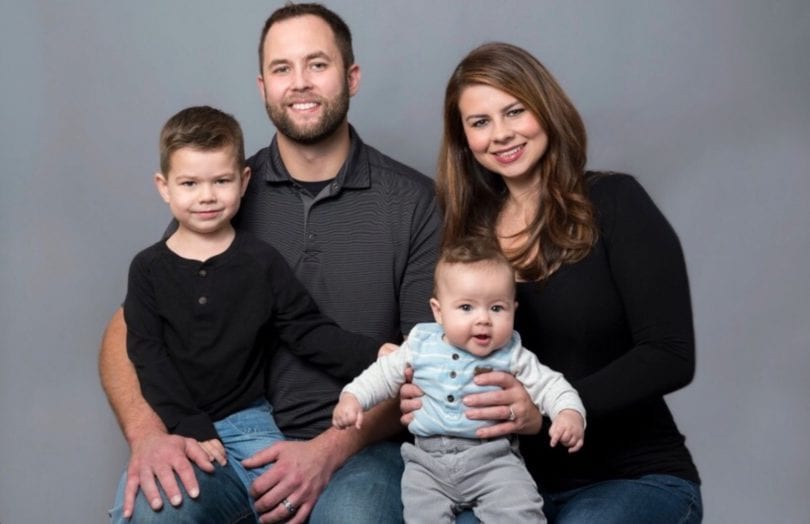 Sgt. Chris Tyler has endured nine surgeries since being diagnosed with a rare and aggressive form of brain cancer in 2015. 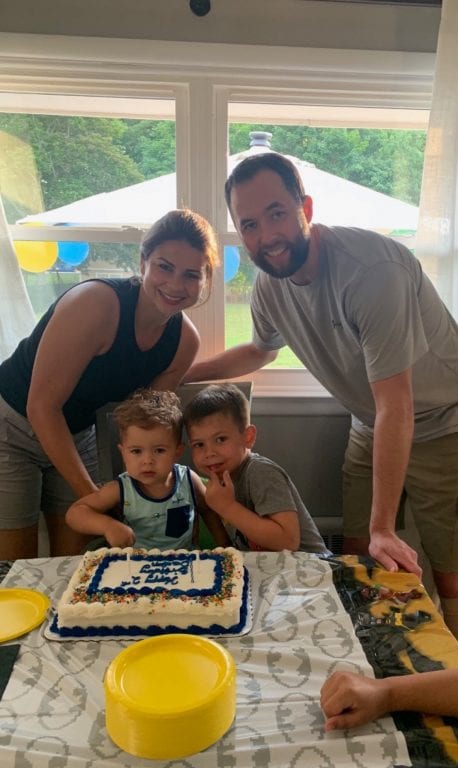 West Hartford Police Sgt. Chris Tyler is a decorated police officer, selected by his peers as Exchange Club Police Officer of the Year in 2017, the recipient of multiple departmental citations and letters of commendation as well as a merit award.

At the ceremony held in his honor just a few years ago, Tyler, who joined the West Hartford Police Department in 2010, was referred to as “the consummate team player who mixes the perfect amount of intensity and humor to make every mission or training evolution the best it can be.”

He earned the honor two years after beginning his battle with a rare and aggressive form of brain cancer.

His mission now is focused on his family.

Tyler, now 32, and his wife, Brittany, were high school sweethearts who have been together since they were teens growing up in Rocky Hill. Tyler went on to play Division I football at Stony Brook University, and the couple married in 2013 and looked forward to raising a family in their West Hartford home. 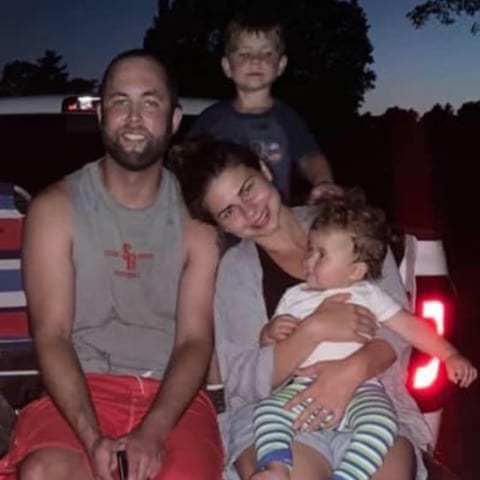 Chris and Brittany Tyler with their sons Brayden (in back) and Declan. Courtesy photo

In 2015, when their son Brayden was just 8 months old, Tyler started getting headaches.

“I had headaches for a few months, and I thought they were migraines,” he said. “Then one night it got really bad, and I went to the hospital.” A brain scan revealed a tumor.

His first surgery, and radiation followed, but the tumors have returned.

He’s had many more surgeries and multiple rounds of radiation as well as chemotherapy.

After having his first surgery at a local hospital, Tyler has been getting all of his treatments in Boston.

“It’s a long trip for all of my appointments,” he said. But because his cancer is rare, he is more comfortable being treated by doctors who have more experience with it.

His oncologist is at Dana Farber, and his recent surgeries have been at Mass General. The two hospitals coordinate the care plan.

A number of the surgeries have been needed within the past year.

In March, at the height of the first wave of COVID-19, Tyler developed a serious brain infection and had to have a portion of his skull removed for six weeks, facing the treatment alone because COVID restrictions banned visitors. After a subsequent surgery in March he needed six weeks in a rehabilitation facility to learn to walk again, but said he fought for his life to return to his family.

Tyler is currently recuperating at home after enduring his ninth surgery on Nov. 3, which included the insertion of more radioactive seeds. He’s currently having some complications with spinal fluid leaking from the incision, he said this week, and doctors are concerned about another infection. He has been back and forth to Boston four times.

He said for years he wanted to keep his battle with brain cancer private, but that became more difficult. He recently allowed his sister, Amanda Biella, to set up a GoFundMe campaign to assist with the mounting medical bills.

“When my sister talked to me about doing this, my only thought was that my family could be secure,” Tyler said. “It’s a lot less stress off me. It’s not about me, it’s about my family.” 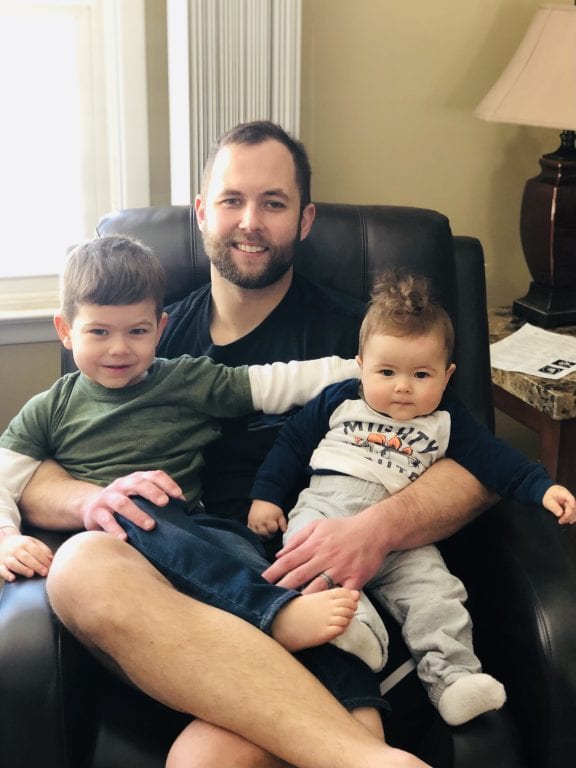 Tyler has always gone back to work for the West Hartford Police, but recently he has only managed to do some work remotely. His wife is a registered nurse, but she can’t work much because she needs to care for the couple’s two children, Brayden and Declan, who are just 5 and 2. 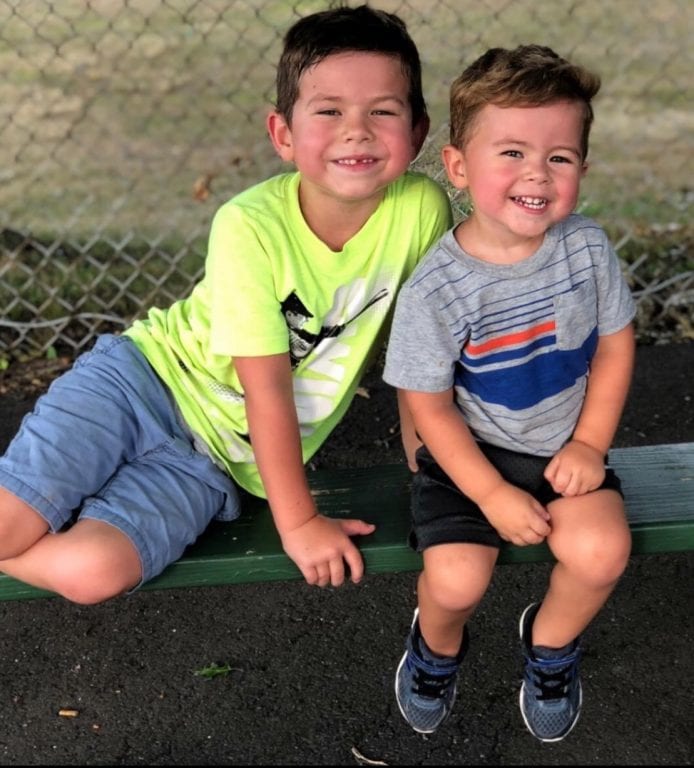 His in-laws and his father help out as much as possible, Tyler said.

“I’m [now] an advocate for getting life insurance,” Tyler said. Once he got sick, he could no longer qualify. He’s worried about financial security for the future.

“My biggest fear is what might happen to my family,” Tyler said.

Right now, Tyler is harnessing every ounce of energy he has to heal from the latest surgery, and continuing to fight for the future of his team – his family, that is.

“That’s still the plan … being with my family.”

More information about Tyler’s ordeal, and details about how to participate in the GoFundMe campaign established by his sister, can be found here.