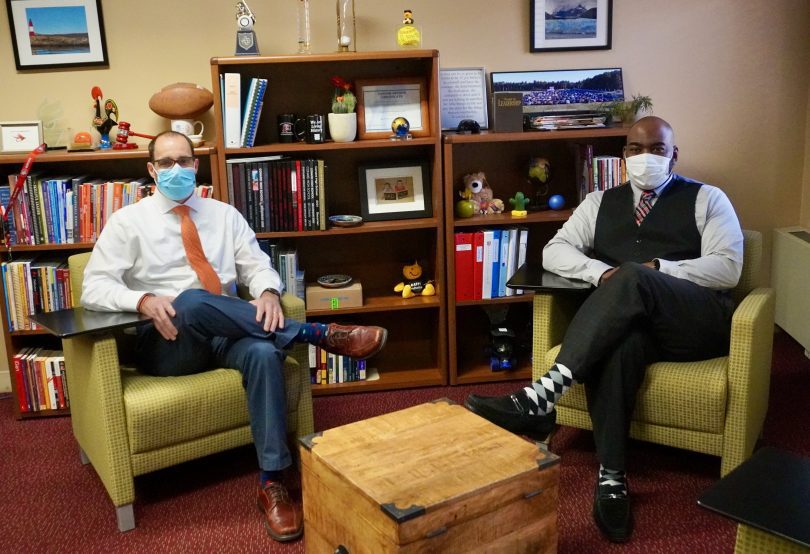 West Hartford Public Schools Superintendent Tom Moore announced Wednesday that Conard Principal Julio Duarte will be taking over as director of Human Resources, while Jamahl Hines will become Conard principal and Jocelyn Tamborello-Noble will move into an assistant principal role.

West Hartford Public Schools will have a new executive director of Human Resources as of Feb. 1, and because the district is promoting from within its own ranks, a domino effect has created new opportunities for others to expand their leadership roles.

The moves were prompted by the naming of Rick Ledwith, who has served as executive director of Human Resources for both the school district and the town for the past 15 years, to the role of acting town manager in February. He will be taking over when current Town Manager Matt Hart leaves to become executive director of the Capital Region Council of Governments. 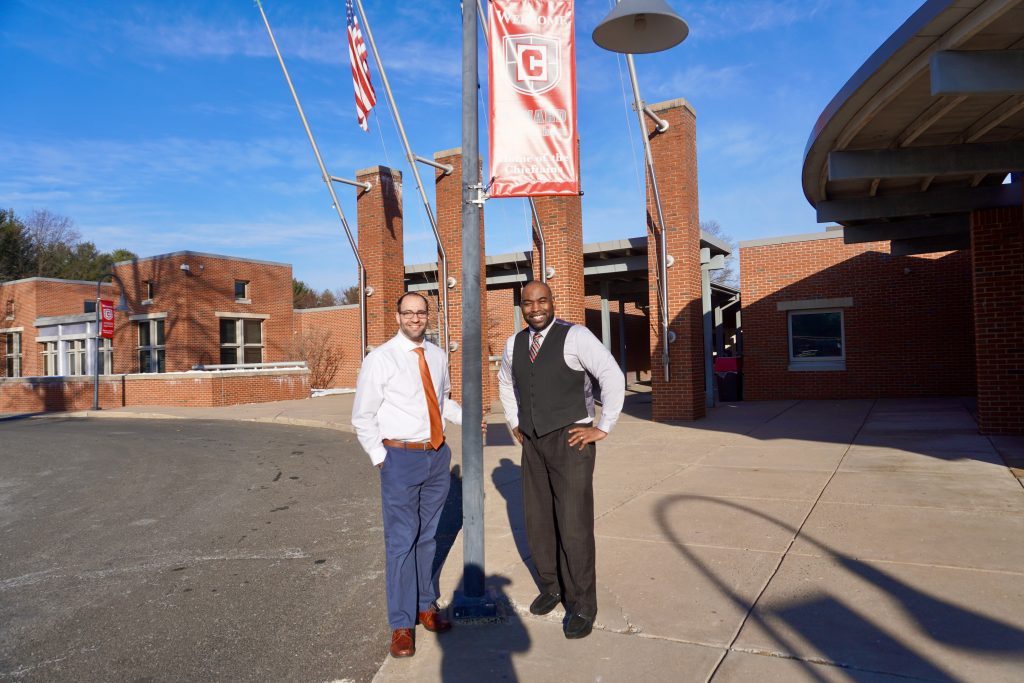 Superintendent of Schools Tom Moore announced Thursday that he didn’t have to look far for a candidate, and has named Conard Principal Julio Duarte to take over Ledwith’s position with West Hartford Public Schools, becoming the district’s executive director of Human Resources as of Feb. 1.

He also didn’t have to look very far to find someone to assume the principal role at Conard.

Jamahl Hines, who last month was named Assistant Principal of the Year by the Connecticut Association of Schools, will become interim principal of Conard High School as of Jan. 31, Moore said.

Jocelyn Tamborello-Noble, currently a World Language Department Supervisor, will move into Hines’ role as an assistant principal at Conard.

Moore said the district takes succession planning very seriously, and he’s pleased and excited, and feels fortunate that there are individuals with the skills and ability, as well as the enthusiasm, to take on these new challenges. 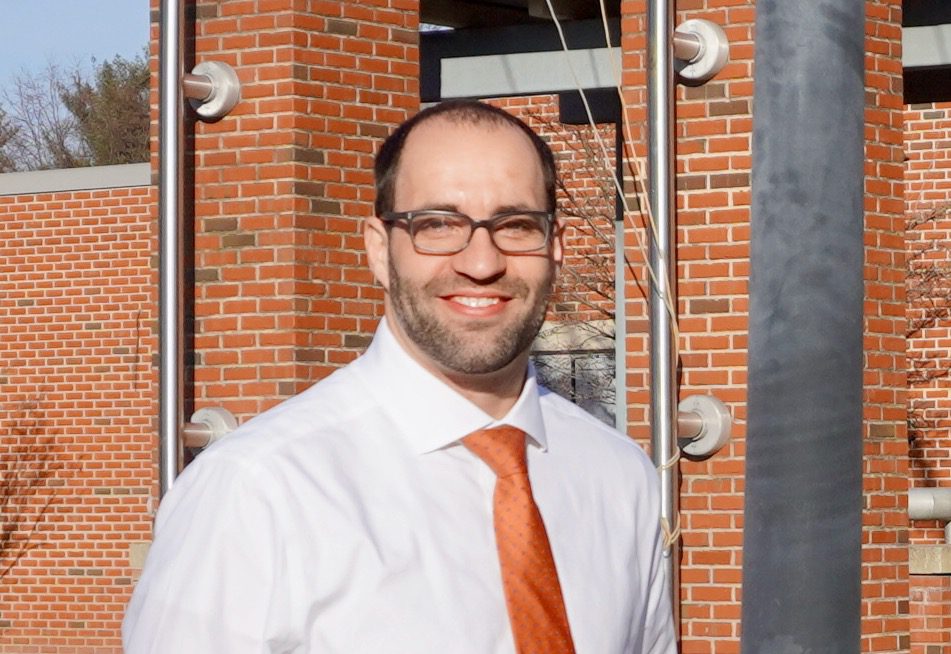 “Being principal of Conard was probably the most enjoyable part of my own career, and I know how special Conard is,” said Moore, who was the school’s principal from 2007-2010. “Julio has been an exceptional school leader, and he and I have had many discussions over the past couple of years regarding the next steps in his career path. WHPS is very fortunate to have a person of not just his skill, but his character, to take over such an important position.”

“It’s exciting,” Duarte told We-Ha.com, and he admitted that he’s also a bit sad to be leaving Conard, where he has spent virtually his entire career as an educator. He was hired as a guidance counselor at Conard in 2003 and named assistant principal in 2009.

In 2013, Duarte was named Conard’s interim principal after Dr. Peter Cummings left for a regional position. His formal appointment as principal was in January 2014.

Duarte, who has a B.A. from the University of Connecticut, M.S. from the University of Hartford, and sixth-year degree in Education Leadership from Southern Connecticut State University, said his original career goal was human resources. He was working on the production floor for Wiremold (now Legrand), but after he was turned down for an internship he turned to his other passion – working with students and coaching.

“I’ve been honored to make a real difference in so many students’ lives,” he said. Over the past nearly nine years he has hired so many of the teachers and staff at Conard. “To be able to do that at the district level is really exciting.”

Moore said Duarte, who is multilingual, a good listener, and not afraid to make decisions, “has proven himself to be a true educational leader and catalyst for innovation and change. His background in running a large school, as well as having been a school counselor will serve him well.”

Hines is one of the people Duarte hired, and Duarte said he’s such a great guy. “I’m thrilled for him, for us. And I’ll be right here in town and we can continue the amazing work we’ve done at Conard.

“I think his ability to connect with students, with parents … he’s got a special gift,” said Duarte of Hines. And, he understands the special and caring culture that is Conard, where the school works together as a team, and  ensures that students get what they need to succeed and don’t get “lost.”

Duarte said he’ll need to expand his wardrobe from primarily Conard red, although he said he still does have some Hall gear remaining from his days coaching wrestling there. 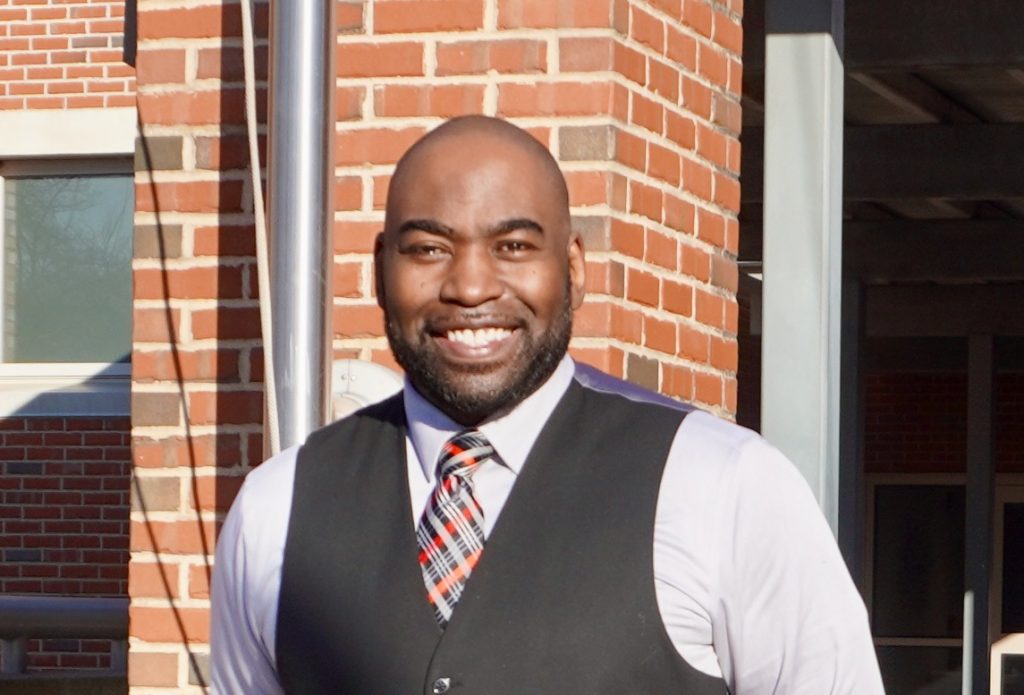 Hines sees Duarte as a mentor, and said he wished he could find a better word than “excited” to describe how he feels about being named interim principal.

“I’m just over the moon excited about this opportunity,” Hines said. “It means the world to me.”

It’s been quite the exciting whirlwind of a month for Hines, but while he knew he had a shot at Assistant Principal of the Year because there was an application process, he didn’t see this promotion coming.

Hines said he thought Duarte would be in his role forever, and he figured he would retire as assistant principal at Conard, and that would have been great. “I have always observed and admired Julio, respected how he handled himself, his love for Conard and the community. … It’s hard to believe that I’m the leader now. This is a dream job.”

Hines grew up in Bloomfield, and got his B.A. from UConn, and after graduating he went to work at Aetna. It wasn’t for him.

“Almost everyone in my family is an educator,” he said. His dad is a former superintendent of schools, his mom was a teacher and named Teacher of the Year in Hamden, and other family members are also in the education field. “I tried to avoid it, but it wasn’t in the cards for me.”

He earned an M.A. in education from Cambridge College, and his sixth year degree in educational leadership and administration from Central Connecticut State University. Prior to coming to West Hartford he taught English and coached football, baseball, and lacrosse at Farmington High School.

“Anyone that meets Jamahl Hines cannot help but to like him,” Moore said. “His passion and energy are infectious, and he is ready for this new challenge. I know that the students of Conard will be excited to have him as their principal.”

He’s also excited about further driving Conard’s initiatives to become even more equitable and anti-racist. “I’m the first African American principal at Conard, and that’s cool. I embrace it.” As the founder of the Future Educators of Diversity program in town, he said he’s excited to make the principal role even more relatable to the Black and brown students.

He’s excited about graduations, proms, pep rallies. “I thrive off of student energy,” Hines said. “I enjoy being at school.”

There will be challenges, he said, many exacerbated by COVID-19. He knows how important it is to ensure kids are in the right emotional space, but notwithstanding the current omicron surge, he said he’s seen more excitement and participation among students this year, more interest in getting involved in activities.

He’s also focused on faculty and staff, encouraging them to take care of themselves.

Duarte and Hall Principal Dan Zittoun both started off as young principals in West Hartford at the same time, and while there’s competition on the playing field, the two have had a unique collaboration. “I appreciate that relationship,” Hines said, and he looks forward to working closely with Zittoun as well. 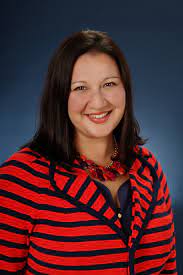 Tamborello-Noble graduated from Conard, and has two children who attend school in the district. She started her career as a Spanish and TESOL teacher, and has also been a district coach in literacy, multilingual services, and world languages in the Hartford Public Schools.

“Jocelyn is one of the finest educators that I have met, and is a future star in the field of education,” Moore said. “She truly loves Conard, and will be a great asset to the entire school community.”

Moore said while it’s a a lot of change to be happening in the middle of the year, “I am excited for Conard to begin this new chapter in its history,” he said in his letter to families. “Please join me in congratulating Julio, Jamahl, and Jocelyn.”

The town has not yet named someone to take over Ledwith’s role in Human Resources, but Ledwith said Wednesday that an announcement is pending and will be made soon.