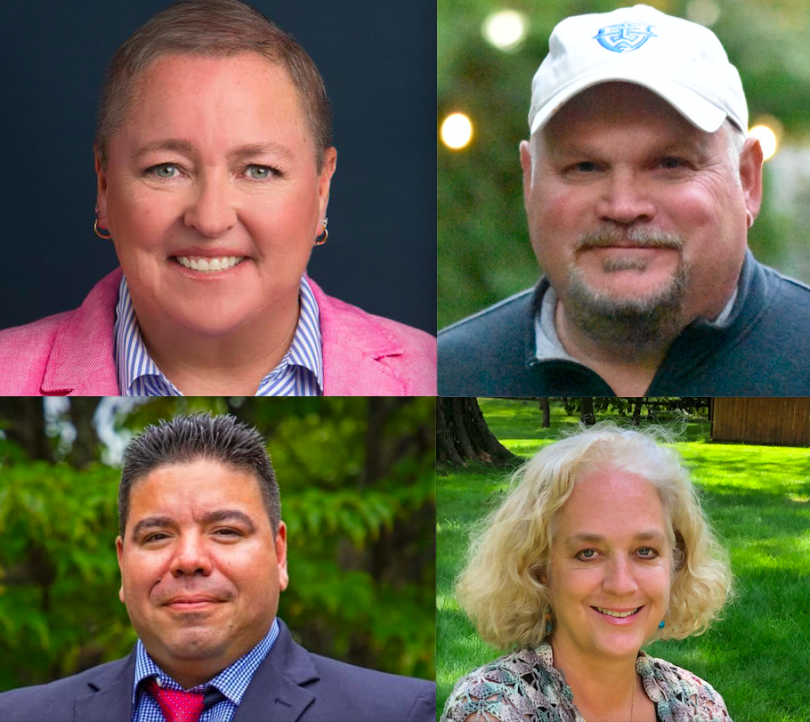 The West Hartford Republican Town Committee has endorsed a slate of candidates for the November 2021 municipal election.

West Hartford Republicans have announced a slate of endorsed candidates who will be running for Town Council and Board of Education positions in November’s municipal election.

Incumbent Mary Fay, who was recently named minority leader, will be running for her third term on the Town Council. She will be joined on the Republican slate by Mark Zydanowicz, who currently serves on the Board of Education, and Alberto Cortes, who ran for Town Council in 2019.

Dr. Gayle Harris has been endorsed to run for the Board of Education.

“For Town Council, our committee focused on endorsing candidates that had a diverse, strong, positive track record for enhancing the resident experience for all West Hartford residents,” said Daly. “For Board of Education, we are thrilled to also have a fantastic, well-qualified candidate with an extensive history of serving our townspeople.”

Fay, who has an MBA and has served in senior executive positions in the finance industry, was first elected to the Town Council in 2017, and was named minority leader in May after Lee Gold, who formerly held the position, resigned from the Republican party, became unaffiliated, and announced that he would be running for reelection in November as a member of A Connecticut Party.

Zydanowicz, a veteran and former business owner, was elected to serve his third four-year term as a Republican on the Board of Education in 2019.

Cortes is a former employee of the state’s Department of Corrections and former member of the West Hartford Veterans Affairs Commission. He was recently chosen to serve on the town’s Civilian Police Review Board.

Harris was endorsed in place of Liz Wilcox, who since June 2020 has been serving on the Board of Education to complete the remainder of the term of Rob Levine, which expires this November. Wilcox decided not to run for a full term.

Harris, a Board-certified OBGYN who has been in private practice in the Hartford area for more than 20 years, is a longtime resident of West Hartford and the mother of four children. She has previously worked as a one-on-one mentor with high school students for the DCF program, the RTC said.

“I’m so impressed with this group,” Fay said. “We are all friends and work really well together. It’s a slate of candidates ready to work hard and represent the voters of West Hartford as a solid team. Serving the town that I love has been a terrific honor and responsibility. West Hartford faces many critical issues and I look forward to continue leading and serving with this highly talented and spirited team.”

“I’m excited to bring my Board of Education experience to the Town Council,” said Zydanowicz. “As a Republican, I’ve been able to successfully reach across the aisle to get many initiatives accomplished that have kept our public schools some of the best in the state and the country. I can’t wait to do the same with our Town Council.”

Cortes cited some concerns with the current direction of West Hartford in his decision to run again. “I’m running for Town Council because as a long-time West Hartford resident, I’m concerned with the fiscal climate and public safety issues in our town. With my experience in law enforcement, I know that I can help make significant improvements to our town.”

“I’m thrilled to be endorsed as a Board of Education candidate for the Republicans,” Harris said. “My children have attended Jewish schools, West Hartford Public Schools, and private schools, so I will bring a diverse and unique perspective to the Board of Education. After serving on various executive boards of area schools, I’m ready to help move West Hartford Public Schools into an even greater parent and student experience.”

P.J. Louis, vice-chairman of the West Hartford RTC, said the Republican Town Committee has grown significantly in the past several months.

“We have a terrific slate of candidates, a rejuvenated town committee, and an army of diverse volunteers who are assembled and ready to work diligently to earn every single vote in town, providing a plan with real solutions to the real issues that are affecting our community,” Louis said.

Several other residents have indicated plans to file petitions to be on the November ballot.