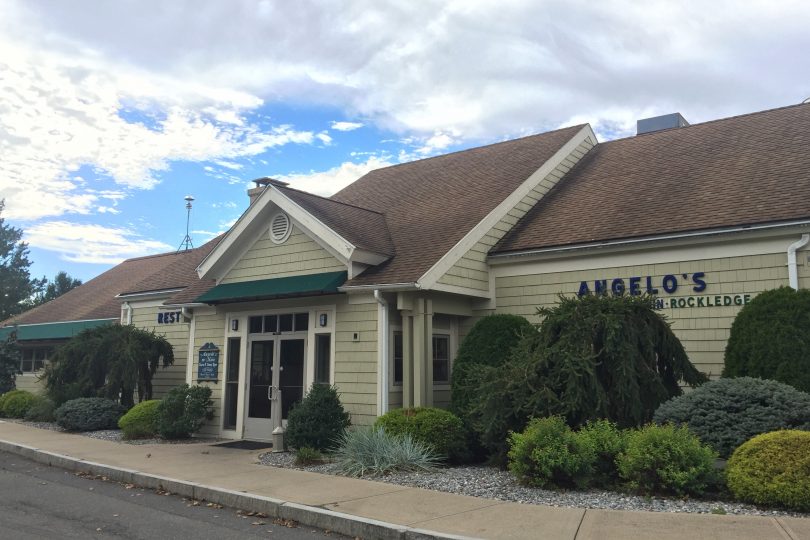 Angelo's on Main at Rockledge Golf Course closed Dec. 23, 2017, and plans are being finalized for Beachland Group to take over as new operator. Photo credit: Ronni Newton (we-ha.com file photo)

The lease held by Angelo’s on Main expires as of Dec. 31, 2017, and the Town of West Hartford is renovating the deck area of the Rockledge Golf Club and has sent out an RFP for a new restaurateur.

Changes will be coming to the restaurant at the Rockledge Golf Club in 2018 as the existing lease held by Angelo’s on Main expires and the Town of West Hartford hires a new restaurateur to run the facility.

Angelo Chirico has operated Angelo’s on Main since Jan. 1, 2002. He is retiring after his contract expires on Dec. 31, 2017, Director of Leisure and Social Services Helen Rubino-Turco said.

An RFP was issued on Sept. 19, seeking an experienced and established restaurateur to operate the 3,000 square foot restaurant at Rockledge as well as the snack bar and concession stand on the golf course. Responses are due by Oct. 23.

“We already held a mandatory walkthrough, and a good number of restaurateurs showed up. I’m hopeful we will get some good, viable proposals,” Rubino-Turco said.

The lease will be subject to approval by the Town Council.

Rubino-Turco said that one of the important stipulations will be that the restaurant offer a variety of “American and Continental” menu options and not focus on any one ethnic style. Lighter fare as well as sandwich and salad options must be on the lunch and dinner menus as well.

Entertainment will be permitted only if it is of a “passive nature appropriate to a quality restaurant in a Town-owned building,” the RFP stipulates.

“I hope we can get a vendor who can understand the nuances and meet the needs of multiple user groups,” Rubino-Turco said. Those groups include the golfers as well as local residents and other diners.

Rockledge Golf Club is located in a residential neighborhood and the restaurant operation and the golf course are allowed under a Special Use Permit.

According to the RFP, the lease for the operation of the restaurant will run for five years, with the option for two five-year extensions. The RFP states that the town will be open to longer lease terms “that include respondent-financed capital improvements and/or facility upgrades.”

“We’re looking forward to a new vendor who will help us increase revenue and cover costs [of operating the Rockledge facility],” Rubino-Turco said.

The current terms include a lease payment as well as a revenue sharing component. While that’s the preferred model, Rubino-Turco said, the town is open to considering other types of proposals.

In advance of the change in operator, some upgrades to the facility have already been made and others are in progress, Rubino-Turco said. A small kitchen storage addition was completed earlier this year that helped address code issues, she said.

The town also put out a bid for renovation of the deck, Rubino-Turco said, and that job was awarded to  the same contractor that did the storage addition and is already underway. The renovations are necessary for safety and code issues, as well as for aesthetic purposes, she said.

The cost of the renovation is $277,000, and on Tuesday night the Town Council unanimously approved use of $45,000 of interest from the Morway Trust to fund a portion of the work.

The deck renovations should be completed before the winter, Rubino-Turco said, other than minor punch-list items like surface coating that require warmer temperatures. 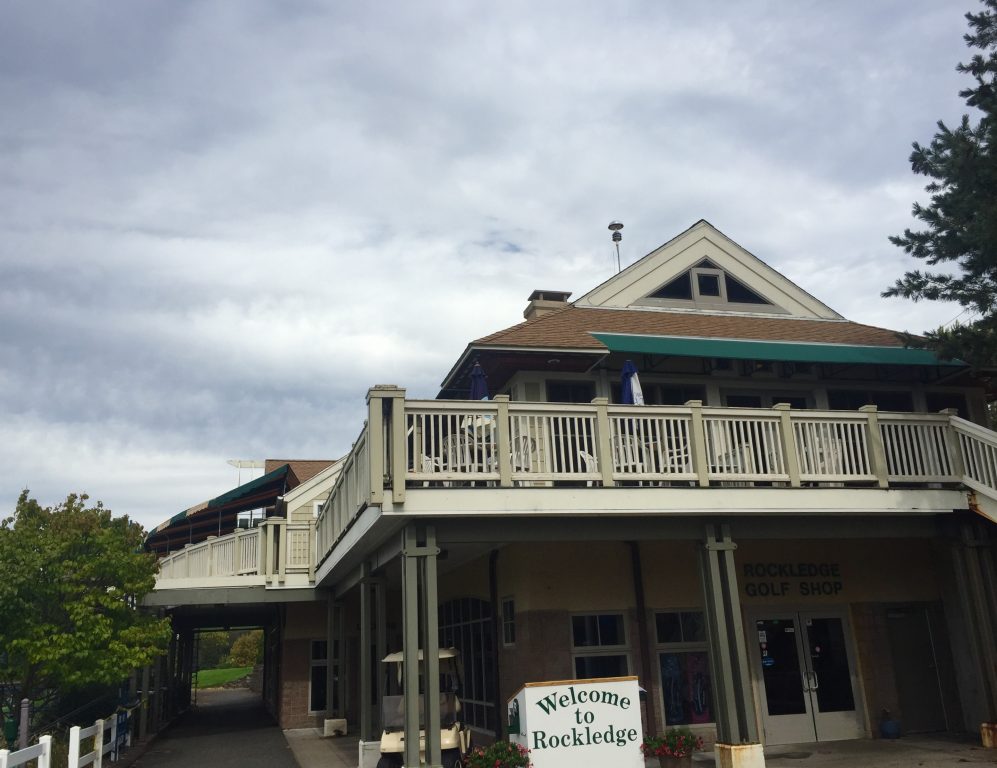 The restaurant facility and deck at Rockledge Golf Club are above the pro shop. Photo credit: Ronni Newton 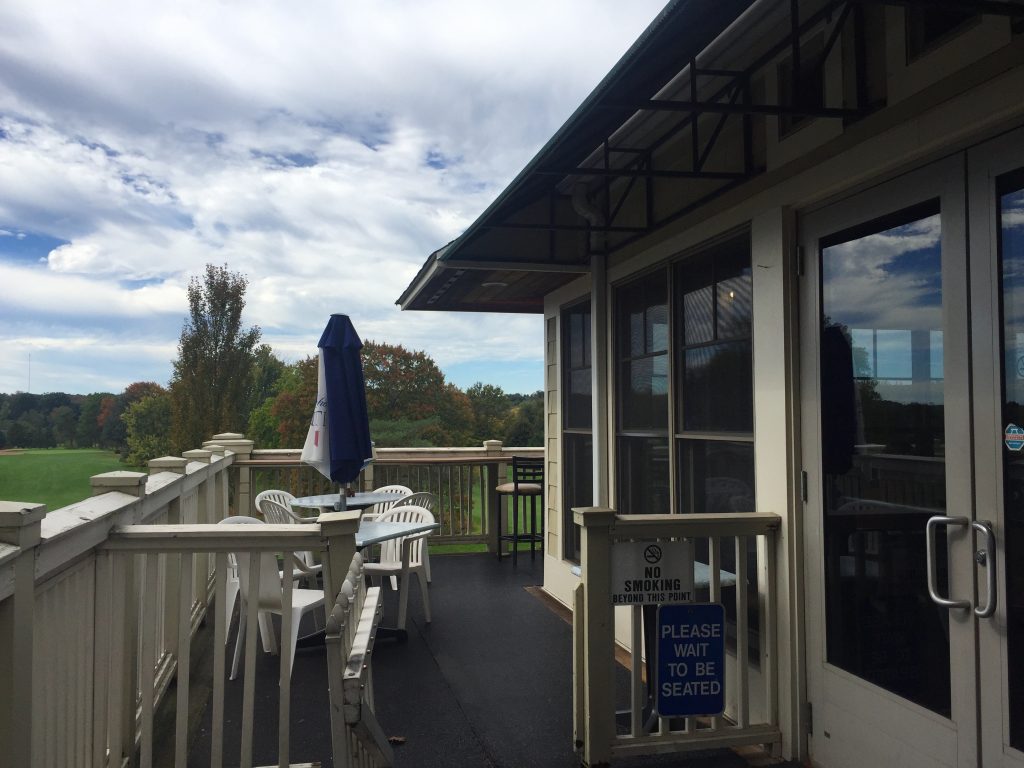 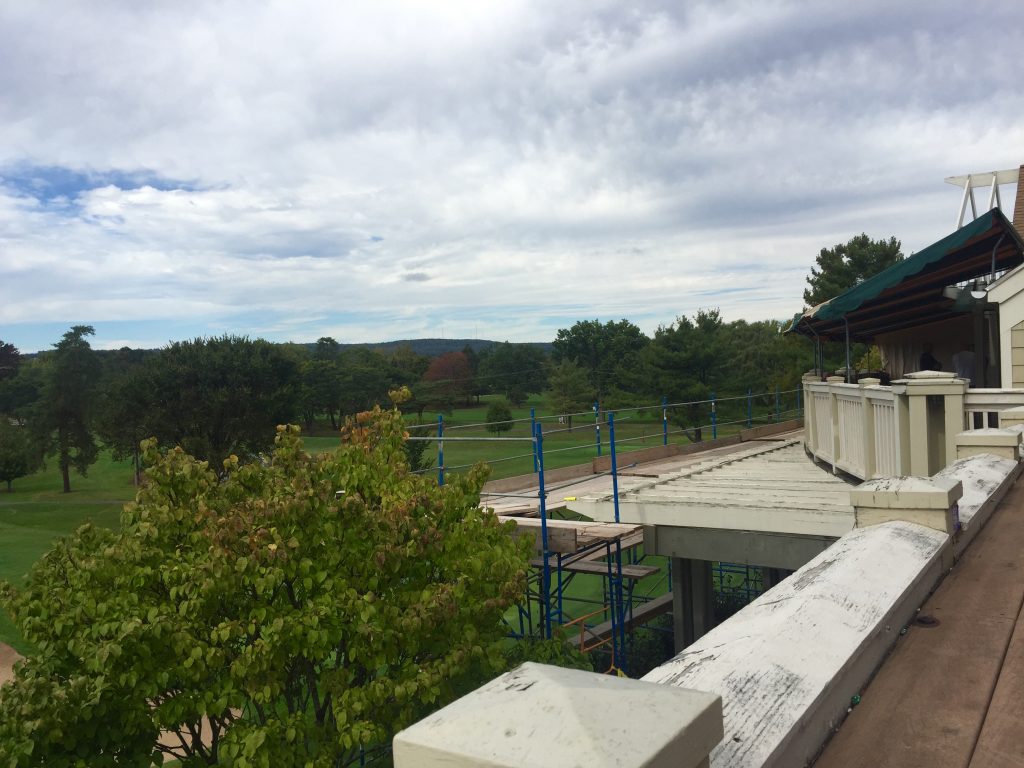