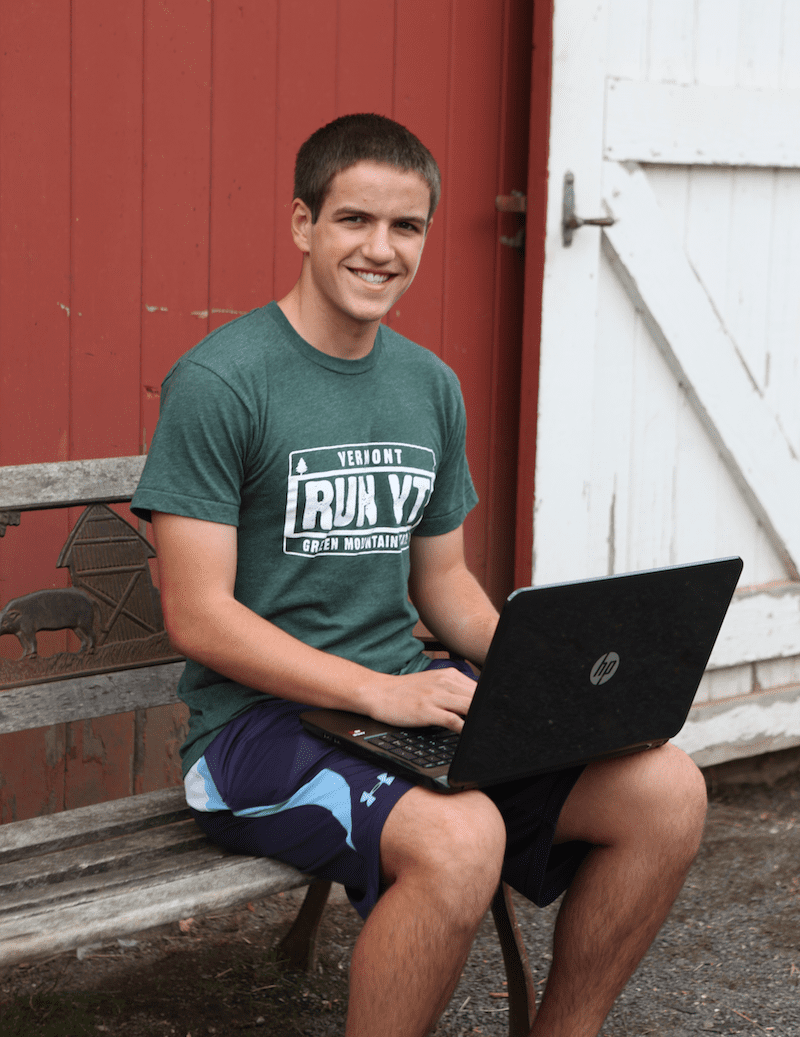 Every autumn West Hartford Magazine takes great pride in introducing a few recent high school graduates as examples of excellence in our community, and who look to have bright futures. While we cannot possibly include all of the worthy students, we have selected eight students from the four West Hartford high schools as this year’s “Terrific Teens”!

Each of these students possesses an admirable work ethic with a drive to succeed and a desire to make a difference in the world. They exemplify what being a good role model is all about, and although they are not seeking fame, our community has noticed them as future “movers and shakers” of the world.

This year we sought out a natural setting for the Terrific Teen photo session, and were not disappointed with the beauty (including the chickens) of West Hartford’s Westmoor Park.

This Conard graduate is going to put his computer skills to good use. Now a computer science major at Yale University, Michael’s goals are clear: to join the Air Force ROTC as a commissioned officer to do cyber security. “I love following the economy, the news and politics. And I’ve always been interested in the military. The more I researched it, the more I liked what programs they had to offer. You are not only serving your country but gaining invaluable career and leadership opportunities.”

During his high school years, Michael ran cross country and was on the indoor and outdoor track teams. He wrote for the school newspaper, was treasurer of the National Honor Society, on the Junior Class Board, and participated in the Model UN program. He was also part of the Latin Honor Society, received the AP Scholar Award, and was awarded the Rensselaer Medal.

Outside the classroom, Michael worked with the Ron Foley Foundation for Pancreatic Cancer, volunteering at their annual fundraising galas. Also active in his church, St. Thomas the Apostle, Michael has been an altar server since fourth grade and has been active in many of the church’s youth groups.

Interestingly, just as he may now be an inspiration for younger kids in West Hartford as a “Terrific Teen,’” Michael attributes his own drive to succeed to upperclassmen he saw at Conard when he was just a freshman. “I watched the older students who were involved in everything get into top schools. I realized if you put in the hard work you can go far!”

As a runner, Michael also walked away with a valuable lesson from the varsity track team. “I trained so much one year that I developed knee problems. It took a long time to work through the immense pain to get back to my top speed again. I learned that all the work we do on the way to our goals should be valued.”

Among Michael’s favorite things: eating mac and cheese and going to a good science fiction action movie. His favorite quote comes from Socrates: “The way to gain a good reputation is to endeavor to be what you desire to appear.” 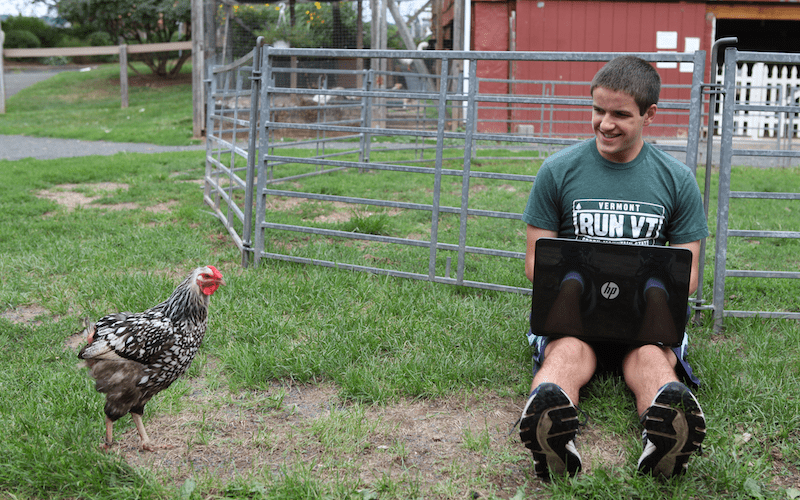 Michael Sisti, recent graduate of Conard High School, is one of West Hartford Magazine’s ‘Terrific Teens’ for 2016. Michael was humored a resident chicken at Westmoor Park who was curious about his computer. Photo credit: Todd Fairchild

Like what you see here? Click here to subscribe to West Hartford Magazine and We-Ha’s newsletter so you’ll always be in the know about what’s happening in West Hartford!