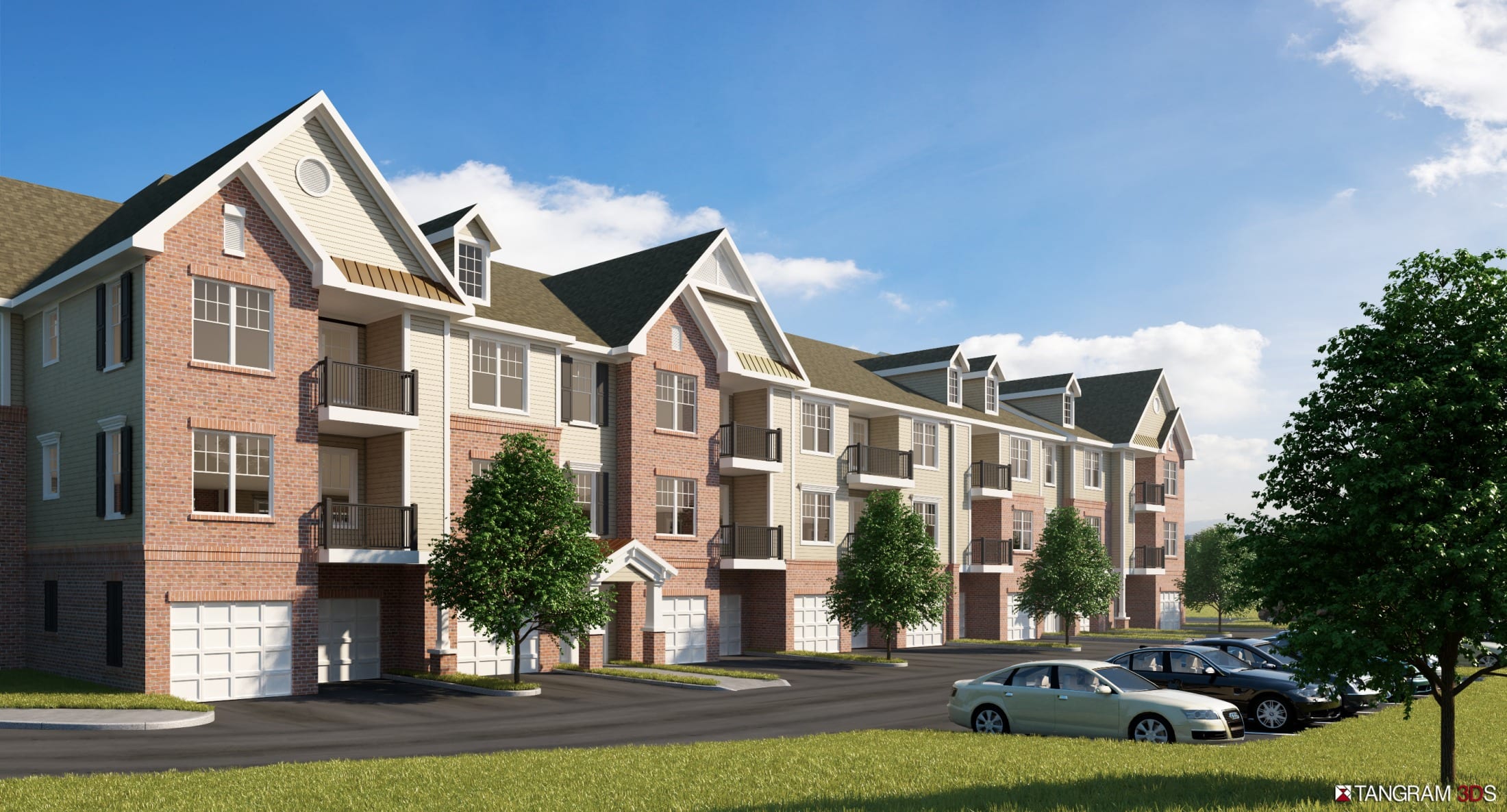 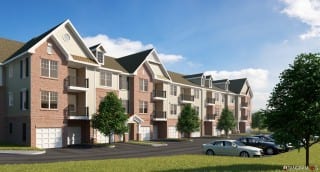 A revised plan for an apartment complex at 243 Steele Rd. in West Hartford was voted on and approved by the West Hartford Town Council early Wednesday morning after the second of two marathon public hearings.

The West Hartford Town Council voted 8-1 early Wednesday morning to approve plans proposed by Metro Realty Group, Ltd. for a 150-unit multi-family rental complex on property it will acquire from The Mercy Community at 243 Steele Rd. The long-vacant Mercyknoll convent on the site will be demolished.

The vote occurred following the second of two lengthy public hearings that began at 5:30 p.m. Tuesday and lasted until nearly 2 a.m. Wednesday and was then followed by the Town Council meeting. During both hearings, a total of approximately 100 speakers were heard.

At the first hearing, on June 24, 2014, between 40 and 50 residents spoke and were nearly unanimous in their opposition to the project which called for a 200-unit complex that included several 4 or 5 story buildings. Concern about the size and scope of the complex, the architectural style of the buildings, and other issues including traffic raised by neighbors led to submission of a revised plan by Metro Realty President Geoffrey Sager on July 17 which was the subject of the hearing on August 26.

“I think it’s a fair consensus that the first proposal would not have passed. It was too big and too dense,” West Hartford Mayor Scott Slifka said. “The easy decision with the level of opposition [to the original proposal] would have been to vote ‘no,'” said Slifka, but the all of the doubts he had coming into Tuesday’s hearing were addressed by the developer.

What impressed Slifka, and what he believes swayed the opinion of nearly all of the other council members, was how much flexibility the developer showed, changing the plans to address problems and issues that were already present and not necessarily related to the project such as pedestrian safety in the area of the School for Young Children and traffic concerns by residents of Stratford Road.

The developer altered the original proposal by: decreasing the number of units from 200 to 150, reducing building height to three stories, changing the architectural style to include more “traditional” elements such as pitched roofs with gables and gable dormers rather than flat roofs, reducing the size of the clubhouse, and redesigning parking areas and landscaping. 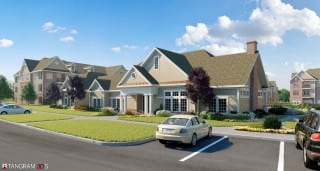 Metro Realty Group also committed to setting aside 24 parking spaces adjacent to Steele Road for the use of staff at the School for Young Children, freeing up space in the school parking lot for parents to safely drop off their children. Metro Realty also committed to making Stratford Road, which is currently a one-way through street, a two-way “hammerhead” so that it will not be used as a cut-through.

“There were not the same reasons to be against it,” Slifka said. “I don’t believe we’ve seen a developer who has done so much.”

“The developer did a wonderful job connecting with as many residents as possible, a wonderful job working with the community,” said Minority Leader Denise Hall who was impressed with the changes made to the original proposal. 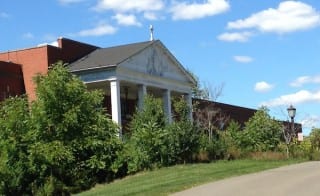 The long-vacant Mercyknoll convent at 243 Steele Road (built in 1961), will be demolished. Photo by Joy Taylor

Some concern about the project being rental rather than owned housing were voiced at the hearing, and an article in the Hartford Courant quoted one speaker who said “putting a rental community near a school and senior living facility was ‘insane,’ because sex offenders might move in.”

“The economics of home ownership has changed,” Hall said, and not everyone thinks owning a home is a good investment. Hall said that the apartment rents are going to be expensive (between $1,700-$2,200 per month) and will likely attract young professionals as well as empty nesters, many of whom own a home elsewhere. The owner will be very selective in vetting tenants, and will only allow leases to be signed by those who plan to be occupants, said Hall.

West Hartford’s conservation and development plans state that the town needs a mix of housing, and this project meets some of those needs according to Hall. “I don’t think a tasteful apartment complex is out of place there … You’ve got to be able to adapt,” said Hall.

Hall said that this proposal came from a high-quality applicant, a developer with a great reputation and commitment to the community. Many residents who were originally against the development changed their minds after the proposal was modified, indicating that if something is going to be built on the site it would be best to go with this plan.

Council member Harry Captain cast the lone dissenting vote, largely because he believes the project is still too large for the neighborhood. “I believe a complex of this magnitude is more appropriate on arterial streets and not in the middle of a residential neighborhood. The size of this complex seems inconsistent with where other large complexes are located/zoned,” Captain explained in an email.

“It was extremely difficult to vote no against Geoffrey Sager and Metro Realty, the developer(s). Their properties are outstanding, of high quality, and they are buy/build and hold investors. They went above and beyond with public outreach and adjusting their plans for the abutting neighbors. Sager/Metro Realty are exactly the type of investors we want to encourage in West Hartford. I have supported a previous proposal of theirs and I hope they’ll be back with others. I just didn’t think this was the right spot for 150 apartment units,” Captain said.

The Town Council meeting began shortly after the hearing ended and adjourned at approximately 3:30 a.m. with most of the agenda items other than the vote on the Steele Road project being tabled until the Sept. 9 meeting date.

The lengthy hearings and middle-of-the-night meetings are not ideal, said Slifka, but the council didn’t want to continue the process and send people home yet again. Procedurally, he said, zoning issues can only be discussed within the framework of a public hearing. It’s not like a resolution proposed by a council member after discussion with constituents, Slifka said.